Chloe’s brain tumour was diagnosed in August 2009, after more than two years of symptoms.

The tumour was successfully removed and although it was benign it was a rare type of tumour with a 60% chance of regrowth so Chloe needed 6 weeks of radiotherapy to prevent this. She was also left with double vision and hydrocephalus. A VP shunt was inserted and worked well for some months. Chloe then underwent operations at Moorfields Eye Hospital to try and correct the double vision, with limited success.

Chloe’s original symptoms returned in December 2010 and in February 2011 it was diagnosed that the shunt was blocked and it was replaced. Chloe was never that well after this and attempts were made to improve her situation but she died from complications that arose during the 4th operation to replace her VP shunt in December 2012. If Chloe’s tumour had been diagnosed earlier she would still be here today, the size the tumour grew to caused the hydrocephalus and earlier diagnosis and treatment would have prevented this.

We have been so pleased by the response to our fundraising for The Brain Tumour Charity and hope that research and the raising of awareness of the symptoms of a brain tumour may help to prevent other families enduring the heartache that we have. 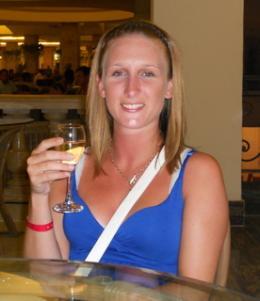