Mathew – Magic as he was more commonly known, was a fantastic husband, Father, Brother, Son and friend to many.

He loved life. He never let anyone or anything stop him from achieving his goals. His love for life was infectious he brightened up any room, he had the ability to make anyone smile even in the hardest times. When he was being transferred from hospital to the hospice he still managed to flirt with the paramedic, he made sure he gave every nurse a kiss and a cuddle before he left.

His biggest passion in life however was football, his team was Manchester United. Although he often said to me “football is football” as he watched some foreign teams playing on tv. I don’t think a day or even an hour went by without talk of something football related.

On 19th May 2010 Mathew went out to football training, making sure he gave our son Joshua a big kiss before bed. It was the night before Joshuas 1st birthday. When Mathew returned we got to work building the Thomas the Tank Engine slide, wrapping all the presents and blowing up balloons. The living room was covered in presents. We both went to bed excited to be able to celebrate with close family before a BBQ later. However, this did not happen. Mathew woke in the night complaining of being hot, he went downstairs for a drink to cool down. He woke me an hour or so later, he felt really unwell so I followed him to the bathroom. Mathew then collapsed in the doorway, he hit his head on the corner of the shower cubicle and had a seizure on the floor. 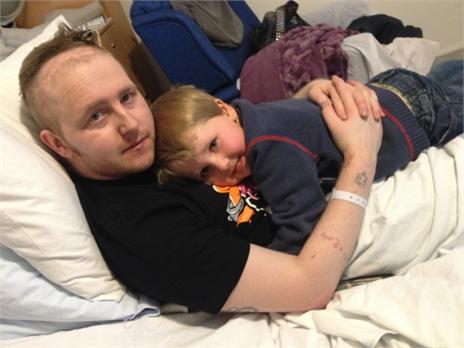 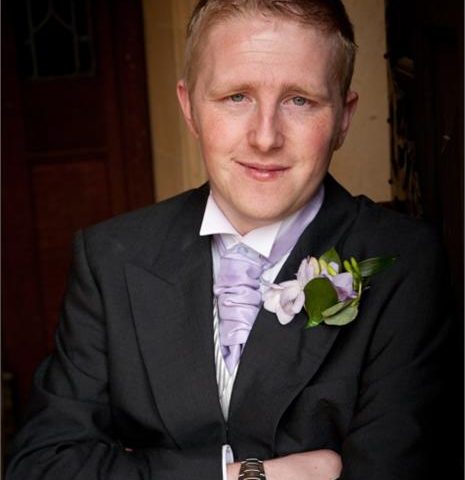 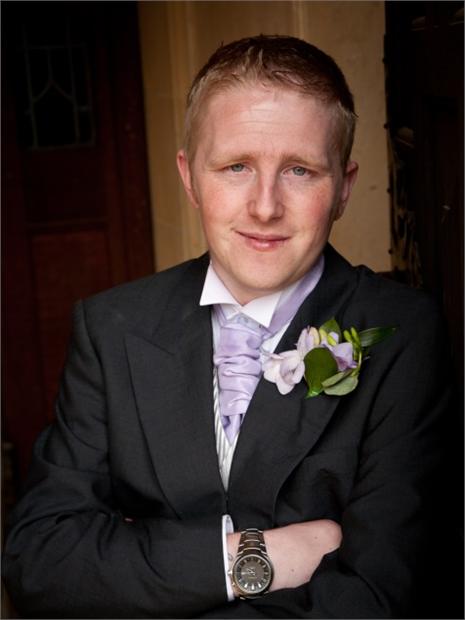 We got rushed to A&E for a CT and MRI scan. On our son’s first birthday, a day supposed to be full of happiness and laughter. However we got the shock news that Mathew had a brain tumour! They refurred us to Addenbrookes hospital where Mathew had a operation to remove as much tumour as possible. He was diagnosed with a grade 2 oligodendroglioma. We went for 3 monthly scans, all was going well. We got married in June 2011 and had a fantastic honeymoon to Kenya. After returning we went for a scan which showed that something was happening, following discussions with consultants Mathew started chemotherapy in January 2012.

In August 2012, Mathew started complaining of headaches and a further scan showed that a second tumour had grown alongside a cyst. A second operation was scheduled for 2 weeks time, Mathew deteriorated rapidly in this time and was rushed in to have an emergency operation to remove the cyst, 4 days later he had his scheduled operation to remove the tumour. This was diagnosed as a grade 4 glioblastoma, he had to have intensive radiotherapy and chemotherapy for 6 weeks. This thankfully finished 2 weeks before Christmas. In January he had a further scan which showed amazing results. The tumour had gone! We started to look forward to a few years with little hospital visits. This was short lived, in March 2013 the headaches returned, scans showed that the tumour had come back, but this time it had grown in little clumps throughout his brain which were growing fast. He started a course of steroids. In April Mathew went into Addenbrookes due to sickness, he never returned home. He spent a week in hospital before being transferred to our local Sue Ryder hospice. He spent 2 weeks being cared for by a fantastic team of nurses.

On Friday 3rd May at 4.25am Mathew passed away. At the age of 28 he has left a massive hole in so many peoples lives. He showed tremendous courage and bravery thought his illness and he has inspired me to try and raise money towards The Brain Tumour Charity. Hopefully helping people beat this disease.