On Tuesday 10 August at Whilton Mill Karting Track, the motorsport community will unite for The Brain Tumour Charity

The celebrity karting event, one of the first real life events for The Brain Tumour Charity since the pandemic lockdown, will feature celebrity and pro-racing drivers, and raise funds and awareness for The Charity.

Teams of four people will compete in the endurance race, with each team then partnering with one of MotorMouth’s celebrity drivers on the day to challenge the rest of the grid.

MotorMouth CEO, Tim Silvey said: “People are crying out for live events, and following the success of our podcast collaboration, we’re absolutely pumped to once again team up with The Brain Tumour Charity to launch the inaugural MotorMouth Celebrity Charity Karting Cup.

“We’ve got a stellar line-up of stars from the motorsport world who have volunteered their time to raise much needed awareness and funds for the cause. We’ve got a full-on day planned; a 2.5 hour endurance race, a historic F1 car demo, BBQ food and drinks, live commentary, music and loads more.”

Fans can also join the action from the comfort of their own home by tuning into the livestream across MotorMouth social channels. From 31 July, there will be the chance to win incredible motorsport prizes in an auction from which all proceeds will be donated to The Charity. 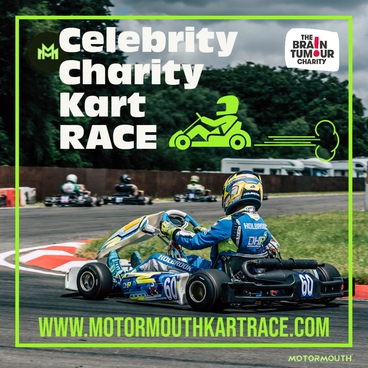 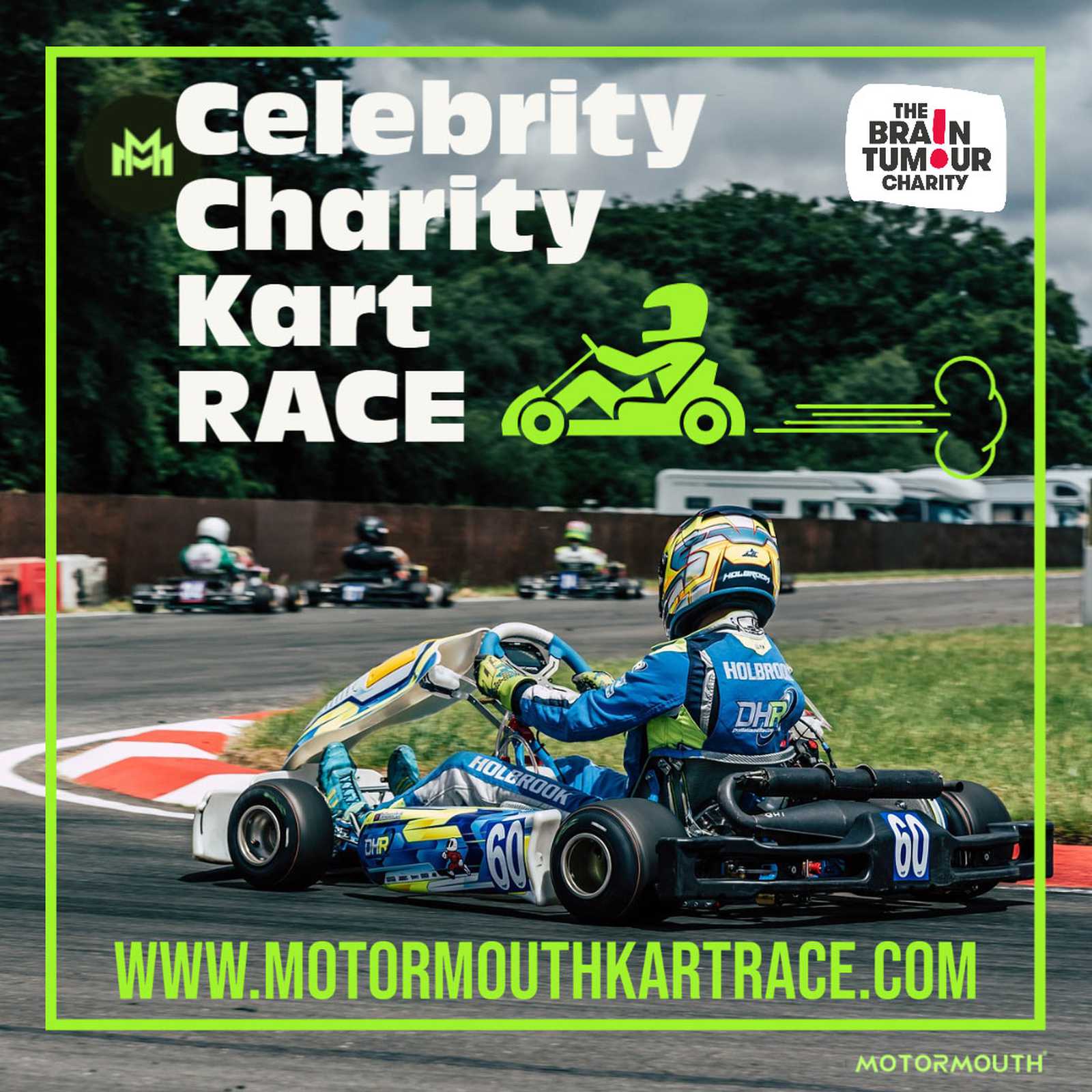 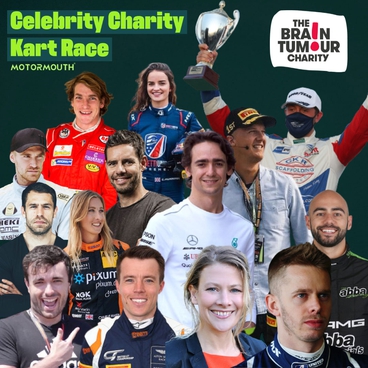 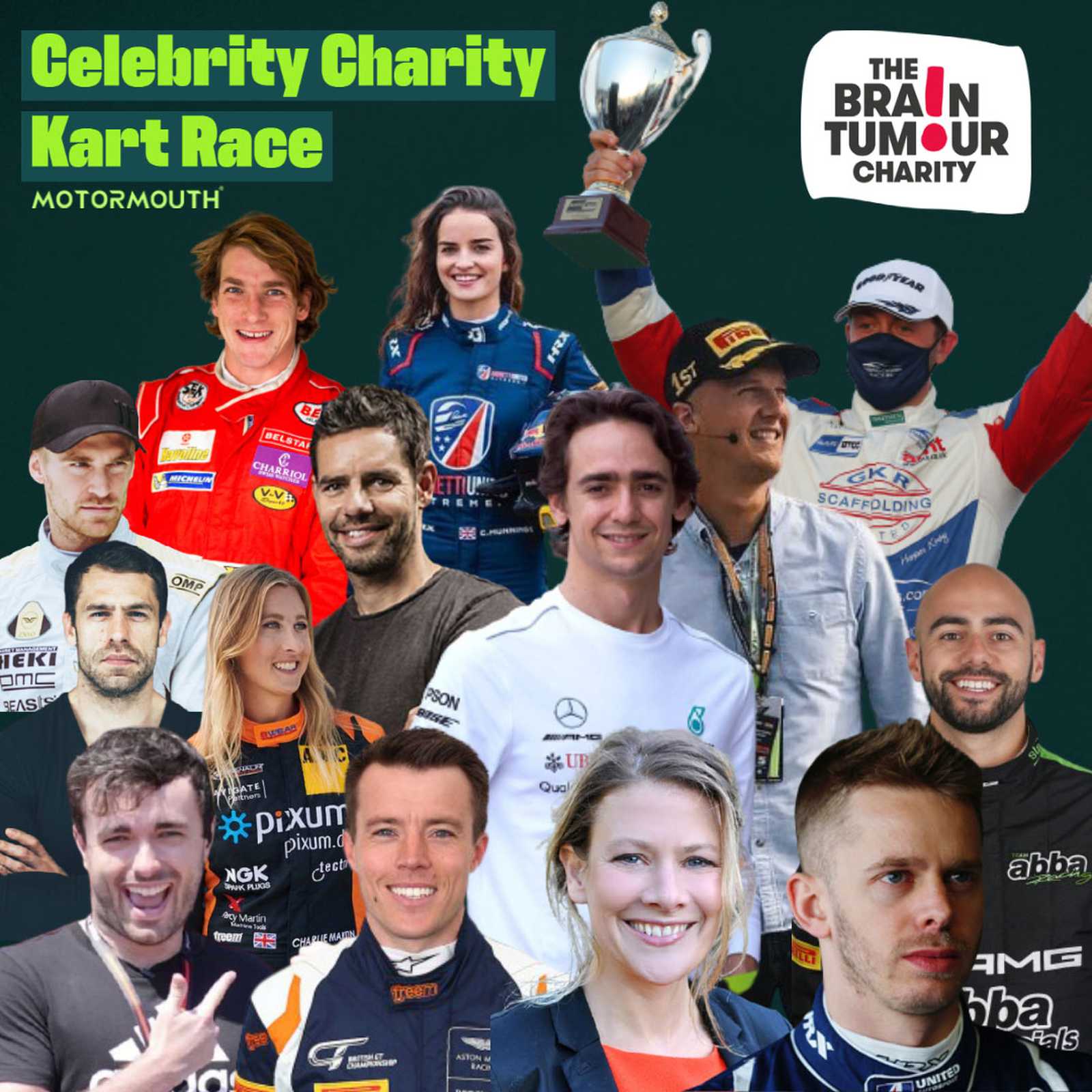 The showcase event celebrates the partnership of MotorMouth and The Brain Tumour Charity driven by a personal connection.

MotorMouth’s Harry Benjamin was just 21 when his mum, Ginny, passed away from a glioblastoma in November 2018. In a special episode of the podcast, Harry spoke about how his passion for motorsport has helped him to cope with grief:

“I’m a workaholic, which is probably not the best way of dealing with things, but working as a broadcaster, particularly as an emerging broadcaster within motorsport, is something I’ve wanted for a very long time and even during chemotherapy and radiotherapy, my mum was incredibly supportive and made sure I kept going, when all I wanted to do was stop.

“I’m buzzing to actually be at a live event and see people in person! It’s going to be fab with everything a motorsport fan loves. Karting, real racers an amazing F1 auction and more. None of this would be possible without Tim or the Brain Tumour Charity and our fantastic listeners and celebs who I can’t wait to meet up with on the day.”

The MotorMouth concept is the brainchild of founder, CEO and podcast host Tim Silvey. Speaking ahead of the event, Silvey said: “Harry’s story inspired this event and MotorMouth joining forces with The Brain Tumour Charity has given us a platform to try and make a small but positive change to the individuals and families affected by brain tumours. I’d encourage anyone to join the fight and sign their team up while places last. Your contribution and attendance makes a real difference.”