John Lilley, 59, from Wolverhampton was diagnosed with a Grade 4 Glioblastoma in July 2019. The day, which would change everything for him, started as usual but he then had a seizure whilst getting ready for work.

John looked in the mirror to find that his face had fallen on the right hand side. He went to find his daughter, Charlotte, but soon realised that he couldn’t talk. He started banging on the floor instead, which got the attention of Charlotte’s dog, Daisy, which also alerted her to how something was wrong.

Charlotte called an ambulance and John was taken to New Cross Hospital in Wolverhampton. He had an MRI scan and the family were told the difficult news that a mass had been found on John’s brain. John was then transferred to Queen Elizabeth Hospital in Birmingham the following day for further investigation of a suspected cyst. Here, John had several MRI and CT scans as well as a biopsy which confirmed that he had one of the most aggressive types of brain tumour. He was given a prognosis of just 12-18 months.

Charlotte said: “Mum, Dad and I were all told together in the side room at the hospital. We never expected it to be a brain tumour – we didn’t think it would be something so severe when Dad had so few symptoms. We thought that it would be something which we could just easily sort out – but it wasn’t.

“Dad also decided to tell my brother, Dan, who was on holiday in Canada at the time, when he got back home a couple of weeks later. He told him over the phone and Dan immediately came to the family home and we all cried together.” 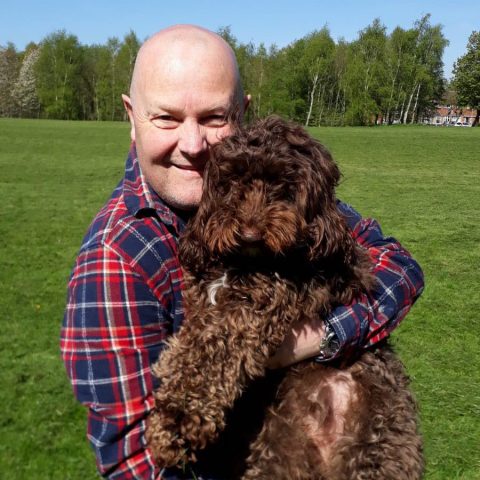 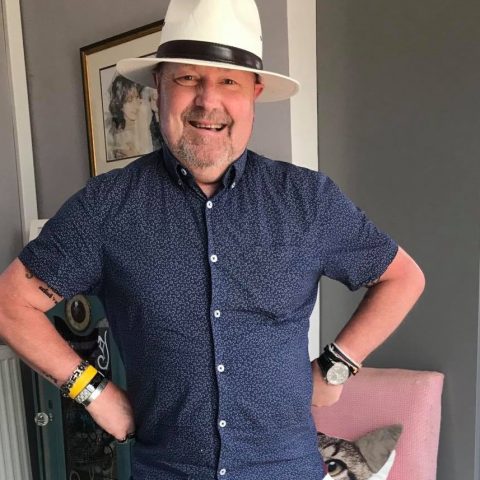 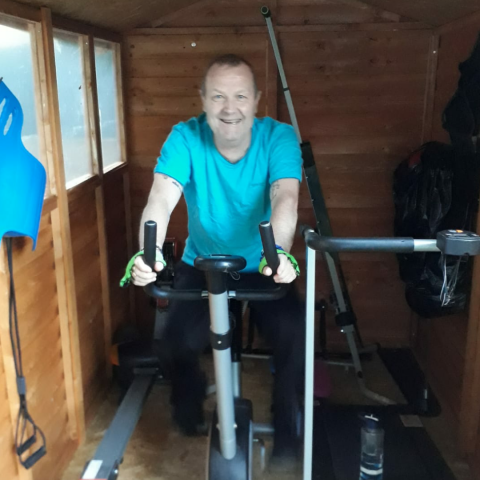 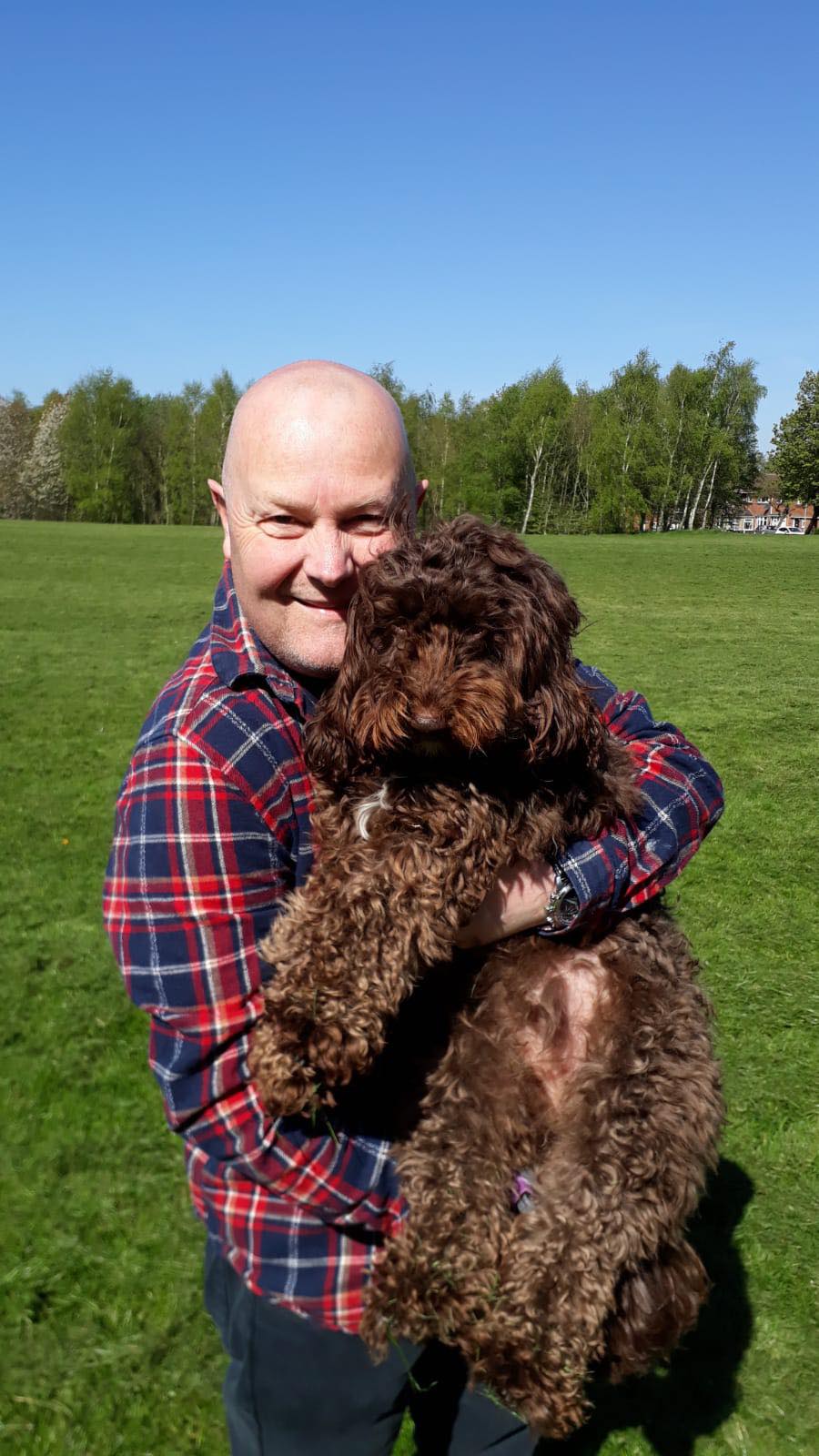 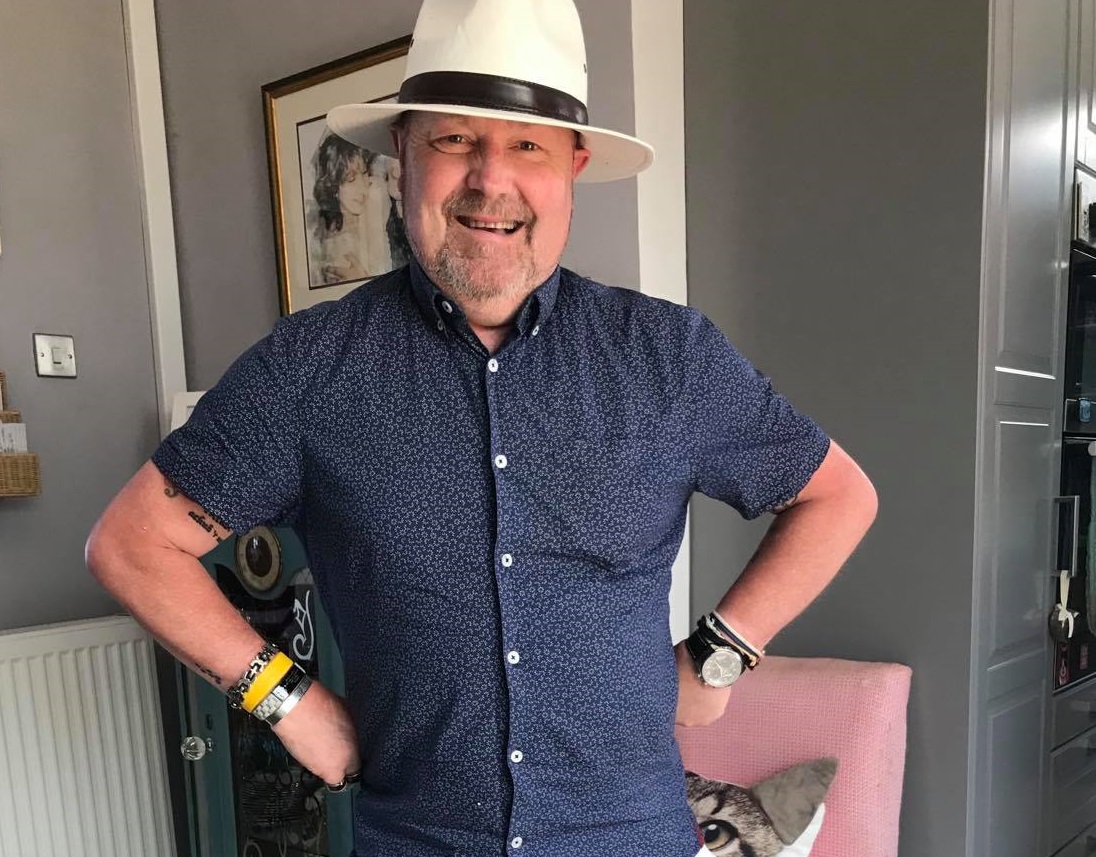 John kept his positive attitude throughout the pandemic. 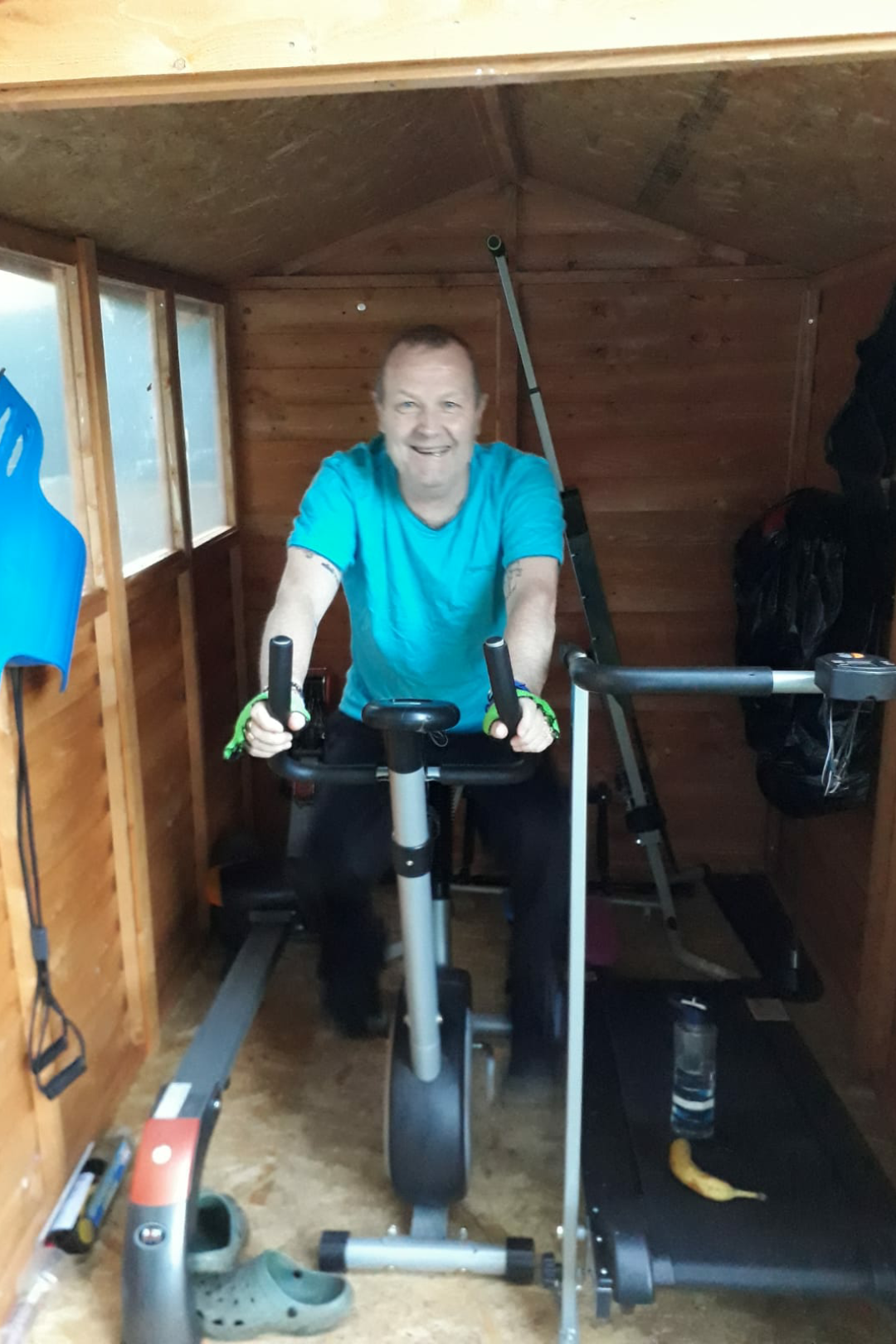 John has been keen on keeping fit.

John had a craniotomy a week later and he was given 5-ALA, known as the ‘pink drink’, which highlights tumorous tissue to make it easier for surgeons to remove. Because of this, all of John’s tumour was successfully removed. It also meant that John didn’t have to be woken up during the surgery to monitor his condition and ensure only tumorous tissue was removed. The Brain Tumour Charity campaigned for 5-ALA to be widely available throughout England and Wales following its successful implementation in other parts of the UK.

Although the four-hour surgery was a success, John had a heart attack whilst he was recovering in hospital and so he wasn’t discharged for three weeks. After that, he also had courses of daily radiotherapy and three different types of chemotherapy delivered both via an IV and in tablet form. This brought with is side-effects including a loss of appetite, brain fog, fatigue, aches over his body and pain in his head.

It was following his diagnosis that John had to give up his driving license, which he said was very difficult for him.

He explained: “I have always been the one who has ferried around my family wherever they needed to go so to not be able to do that, and also have to rely on others, was very frustrating. I needed help to get to hospital appointments yet I didn’t want to be a burden to anyone. For the first time, I really just had to focus on myself and not on my family.”

Since his diagnosis, John has had to leave his job at Homeserve in Walsall so he now spends his time with family and friends, although the Coronavirus restrictions have limited what he is able to do.

During the pandemic, Charlotte, who moved back home, was also isolating as she is diabetic, as was John’s wife Alison as she had breast cancer five years ago. This was actually a blessing in disguise as it meant the family had extra time together which they may not otherwise have been able to enjoy.

In the midst of various scans, rescheduled hospital appointments and video consultations with the medical team, they went on dog walks, John and Alison enjoyed trips away in the UK when permitted and the family did online yoga classes together run by Dan’s partner, Tilini.

Heartbreakingly, in July this year, a regular scan revealed that John’s tumour has grown back and that it has splintered across his brain meaning that it is inoperable. He is currently having chemotherapy in the hope of prolonging his life as much as possible. Despite this, the family remain optimistic about their uncertain future.

John added: “I do have bad days – my family know when they are happening as I am typically much quieter than I would be usually. I have found my own ways to handle this as I really don’t want to upset my family. We’re all so close and they are an amazing support to me and sometimes I do just need to rant about it all.”

Having spent 11 years in the Navy, including fighting in the Falklands, John is keen to travel again if he is able to around his own health and the pandemic. He wants to travel to the places that he loves, such as the South of France, as well as the places he hasn’t been able to visit yet, including Japan.

With help from Charlotte and Alison, John has also been making plans for the future and the special occasions which he may not be able to attend in person, such as when Charlotte gets married, by making videos and preparing gifts.

Charlotte said; “We can’t dwell on a date – we have to focus on the now and making it the best that it can possibly be. The preparations we’re doing now will mean everything to us all in the future so we count ourselves lucky to have this time to plan things too – not everyone gets the time to be able to do that.”

John is also using his time to blog about his experience living with a brain tumour and raise awareness of the condition in the hope of finding a cure for the deadly disease.

He added: “I will never forget when and how my nightmare began but it also came as a huge shock to me, as well as the rest of my family, that only 2% of funding goes into research for this particular type of cancer.

“In the last generation, we have seen the prognoses for other cancer types be turned on their head through investment in research – but for brain tumour patients we are yet to be so lucky. It is so clear that more needs to be done to do better for people like my family and I.”

As well as being the largest dedicated funder of research into brain tumours globally, The Brain Tumour Charity also offers invaluable information, advice and support for people affected by the disease, which reduces life expectancy by an average of 27 years – the highest of any cancer type.

Charlotte said: We had no knowledge at all of brain tumours prior to Dad’s diagnosis – we just went and searched online to find out any information we could and that’s how we found out about The Brain Tumour Charity which was a huge comfort to us all. We were so ignorant to it all before Dad’s diagnosis and the impact such a diagnosis can have. The details on how family members can offer support to someone who has been diagnosed is spot on too and we found it so beneficial for us.”