"I was training to be a nurse so I knew exactly how important it was to listen to the patient. But I felt that no one was listening to me!"

A nurse who almost lost the vision in her right eye due to an undiagnosed brain tumour and had her symptoms blamed on peri menopause has been putting her best foot forward to raise money for The Brain Tumour Charity.

Mum-of-two Tammy Andrews, now 47, from Blandford in Dorset, began noticing changes to her vision in February 2019. So, she went to the optician and was prescribed her first pair of glasses.

At the same time, Tammy also began having hot flushes, aches all over her body and she felt like her mind wasn’t as sharp as it previously had been. She visited her GP and, after having some blood tests, she was told that she was going through peri-menopause.

In the months which followed, Tammy noticed that her eyesight was getting worse to the point that she lost all the vision from her right eye. During this time, she had been seen by the acute eye team at Bournemouth Hospital who said it was due to age-related degeneration.

On further trips to her GP for issues including ‘brain fog’ and nasal congestion, Tammy was prescribed various medication before she was finally referred for an MRI scan in September. But she was told that, because she didn’t match the criteria for a scan, that she would not be seen urgently.

Tammy said: “At the time, I was training to be a nurse so I knew exactly how important it was to listen to the patient. But I felt that no one was listening to me. I was getting very worried because I knew that something was wrong and I really needed to find out what.”

Tammy decided to pay to be seen privately and the following week she had an MRI scan which confirmed that she had a meningioma brain tumour. 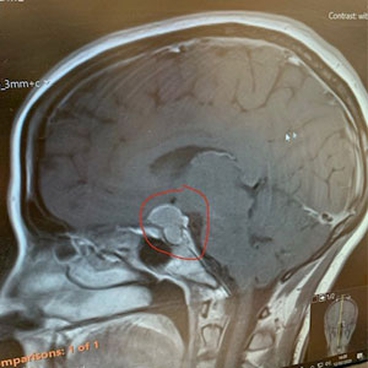 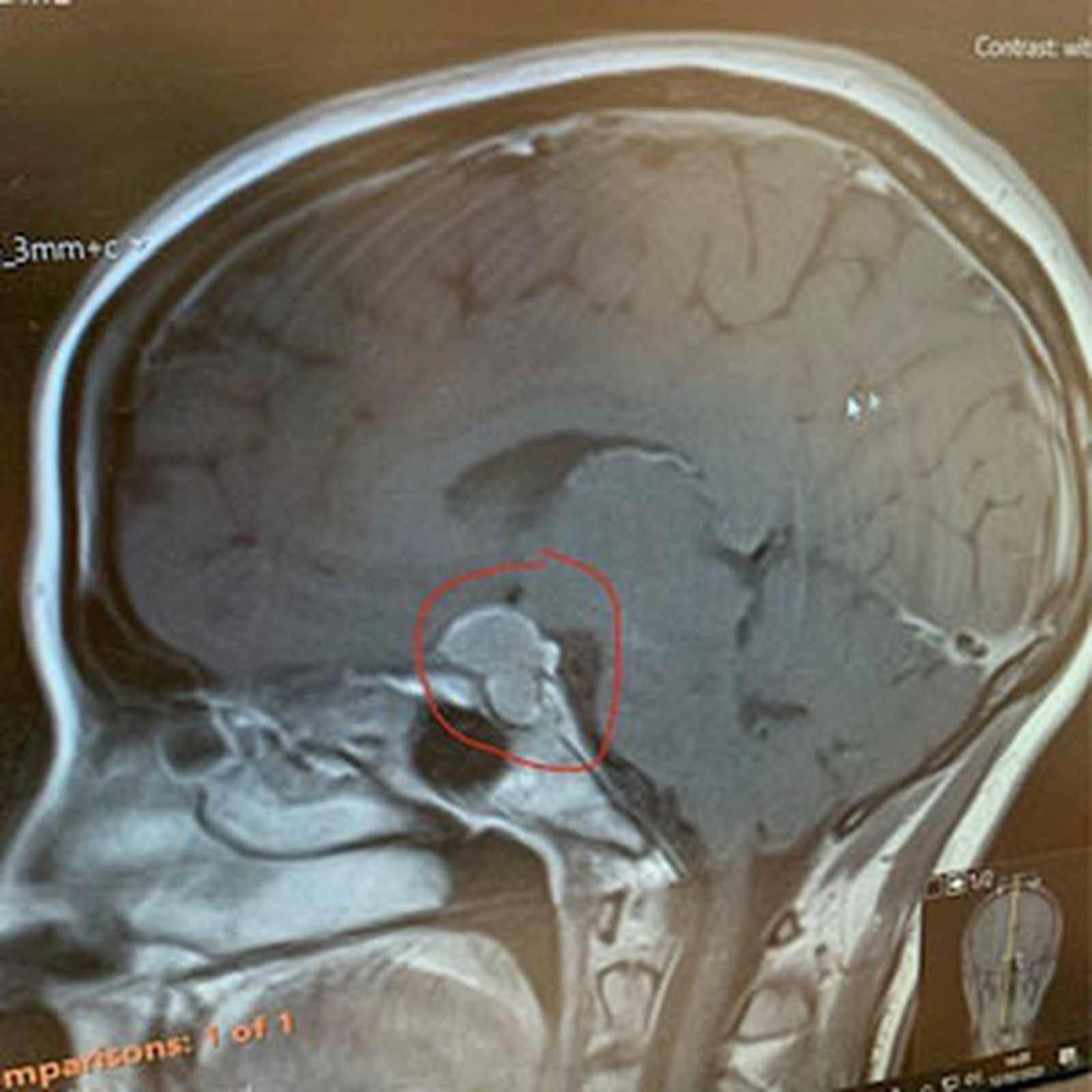 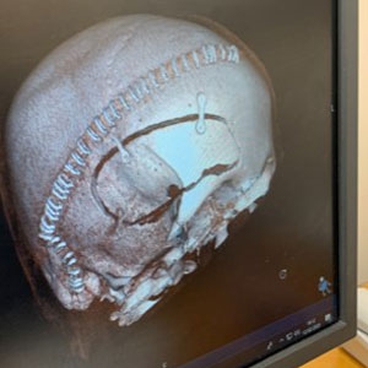 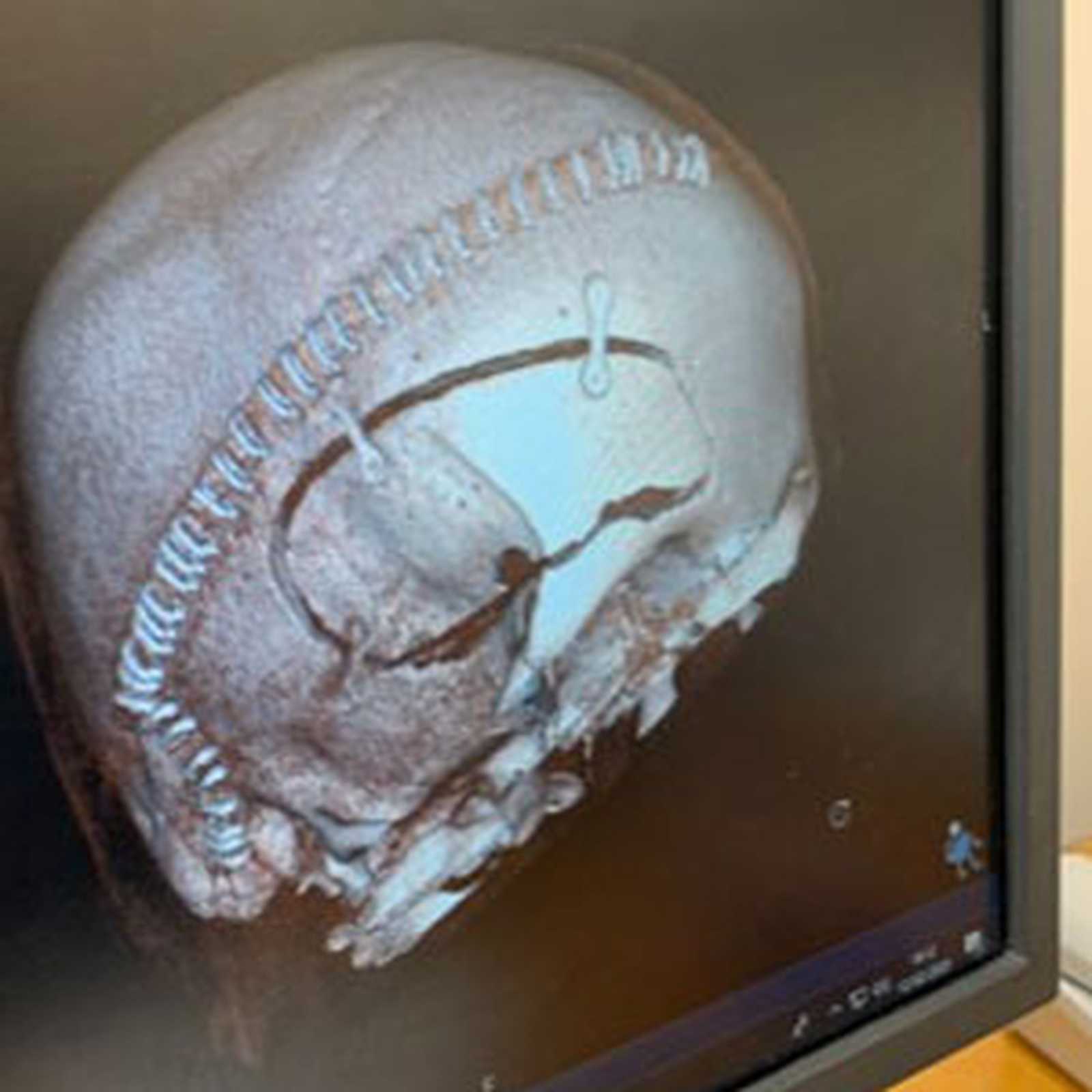 Tammy said: “I will never forget walking into the room when the neurologist had a photo of a brain on his screen, he asked my husband Jim and I to sit down and then he explained what had been found. For some reason, I took the news rather well – though I think that I was in shock. I think that I was also relieved that someone had finally believed me!

“I was so pleased that my husband was with me when I was diagnosed. It’s funny because, being a nurse, I have been in a few meetings where doctors have had to give bad news to patients and I am always amazed at how people cope and their reactions. But then I came out of that room and I was in good spirits because I finally had an answer.”

The private doctor wrote Tammy a referral to take to her GP who put her in contact with Southampton Hospital and she was told that she would be seen within two weeks.

Only two days later, during a 12-hour shift, Tammy was contacted by neurosurgeon Mr Hempenstall from Southampton Hospital. He said that the tumour has crushed Tammy’s optic nerve on her right eye and that it was in the process of doing the same to the left eye.

Tammy said: “The neurosurgeon said that there was a bed at Southampton Hospital and that I needed to be on it immediately. I told him that I had booked to go to the Mamma Mia Party in London, have afternoon tea at the Corinthia Hotel and stay in London for the weekend which had been in the diary for a year. He told me ‘if you don’t want to go blind then you will leave work now and come to Southampton. Needless to say, that’s what I did.”

Tammy made arrangements with her sister-in-law and brother to look after her 12 and 13 year old children and Tammy’s husband drove her to Southampton. The following morning, she had a seven-hour craniotomy. Most of the tumour was successfully removed but some of it, which was too near to Tammy’s carotid artery, couldn’t be taken out.

Tammy said: “When I first came home, I played down what was happening with my daughters. I said that I had a growth on my brain which was causing me to lose my eyesight but they might have to do a little operation to get rid of it. I don’t think I really let on the seriousness of it as I didn’t want them to worry.” 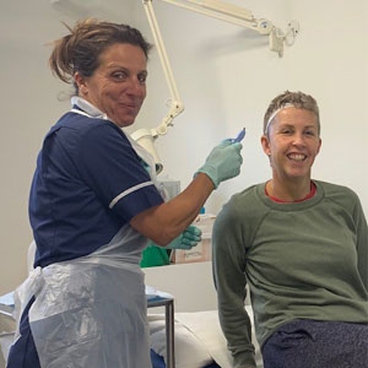 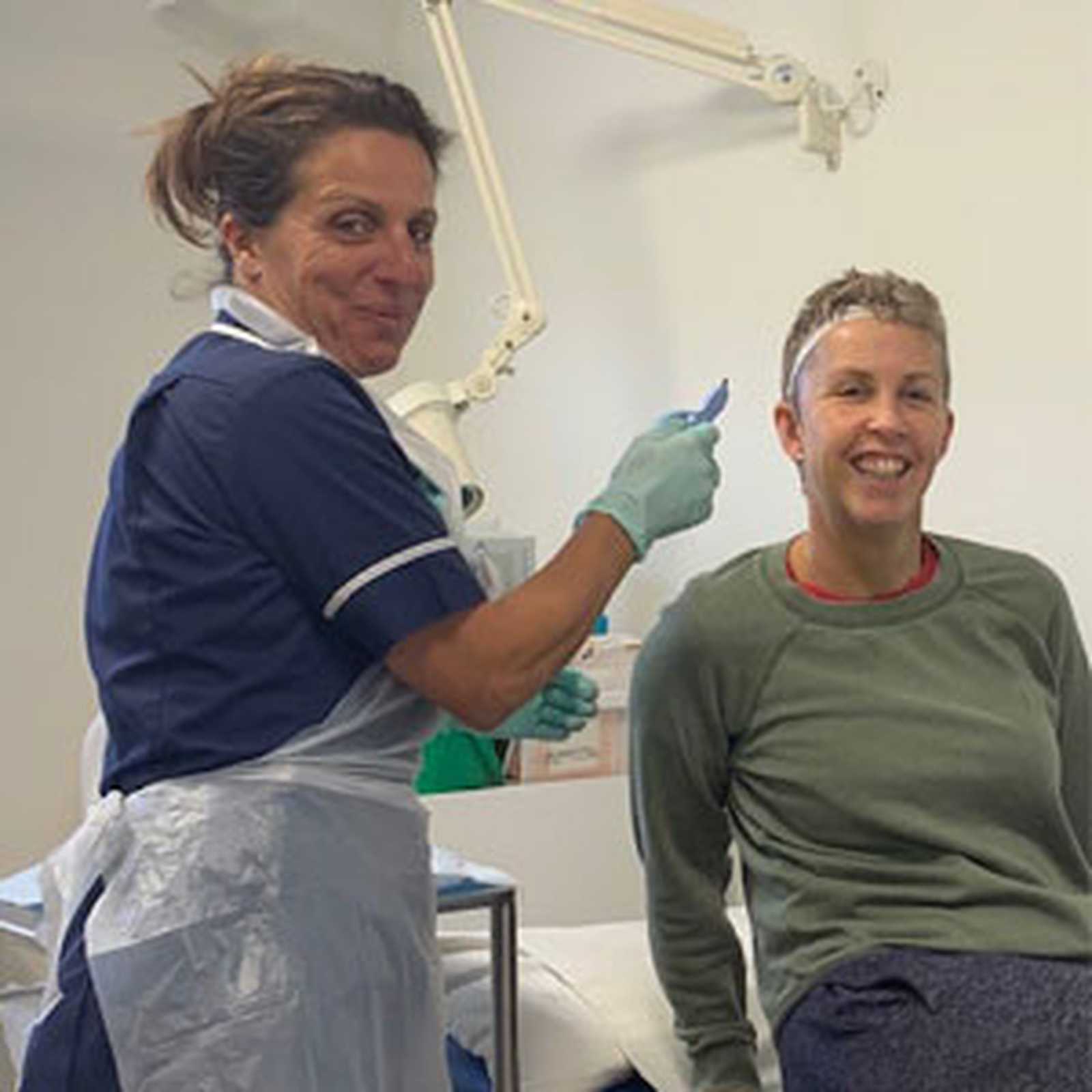 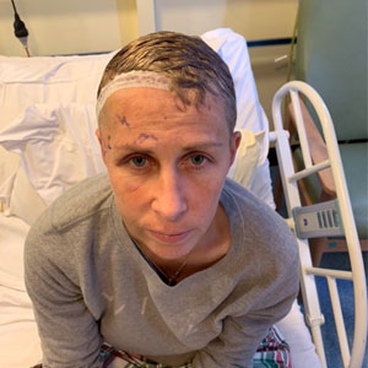 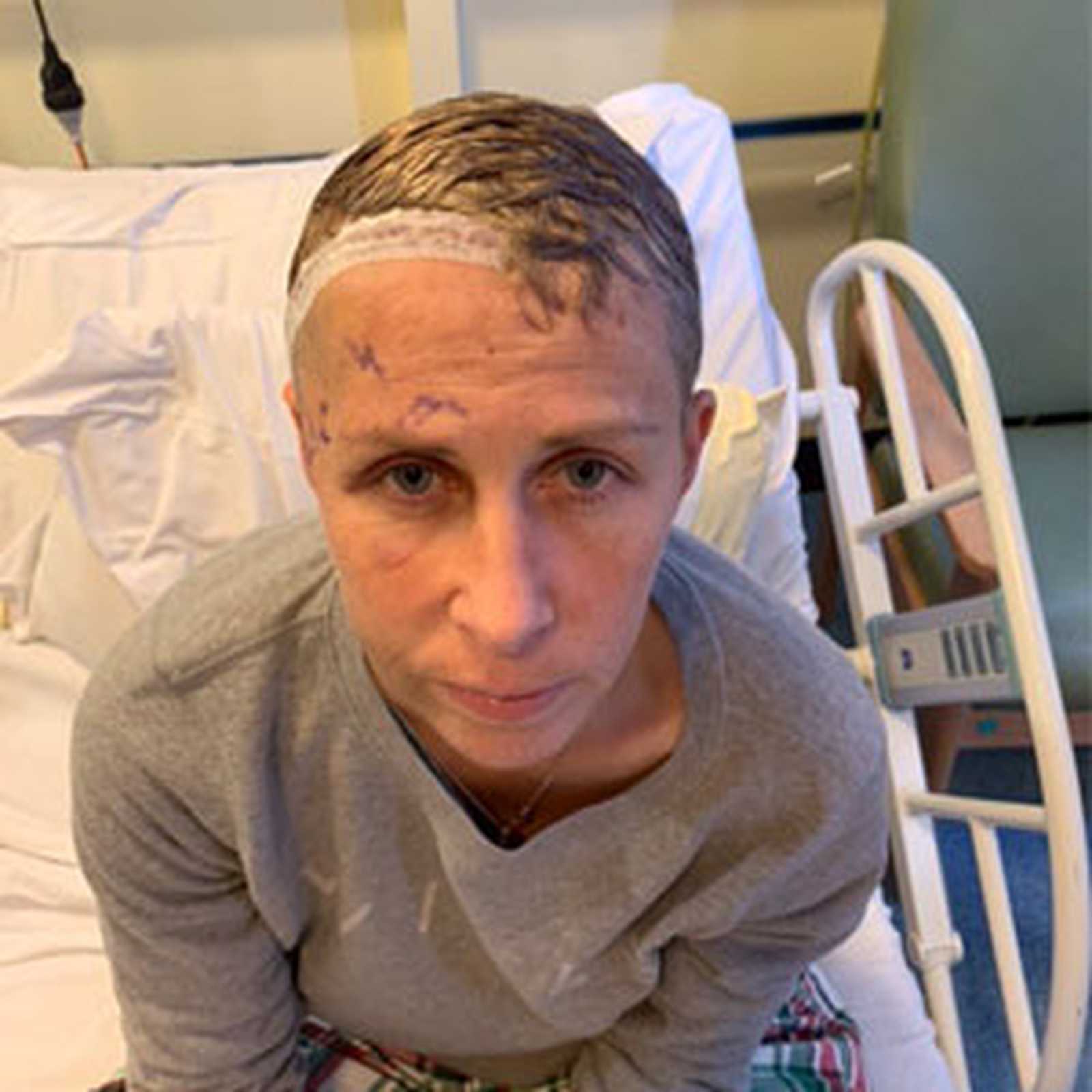 Tammy now has regular MRI scans to check for any signs of regrowth and she is due to have further surgery later this year to move the tumour away from the optic nerve. This would help the chances of success should Tammy need radiotherapy in the future. She also has her eyesight checked regularly and her eligibility to drive is also reviewed on an annual basis.

She said: “After the operation, I think the magnitude of the surgery and the tumour diagnosis hit me. I had a few weeks where I couldn’t stop crying. I thought that the residual would still grow and I would die. However, talking to my family and friends helped me put things into perspective.”

Tammy took two months off work and she did a phased return to her beloved nursing duties over the six months which followed her surgery. She also got to enjoy the belated trip to London to the Mamma Mia Party thanks to the support of her local community who raised the money so that she could book it up again.

She added: “A lady called Jo Kempster set up a GoFundMe page so my friends and family could all chip in – I didn’t know Jo that well so it’s amazing how kind people can be when you’re going through a tough time. I even got a message from the Mamma Mia cast wishing me well and they gave us the best seats when we were able to go – it was amazing!” 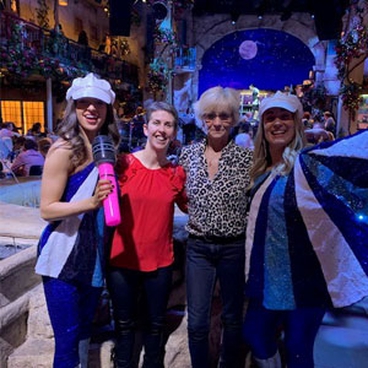 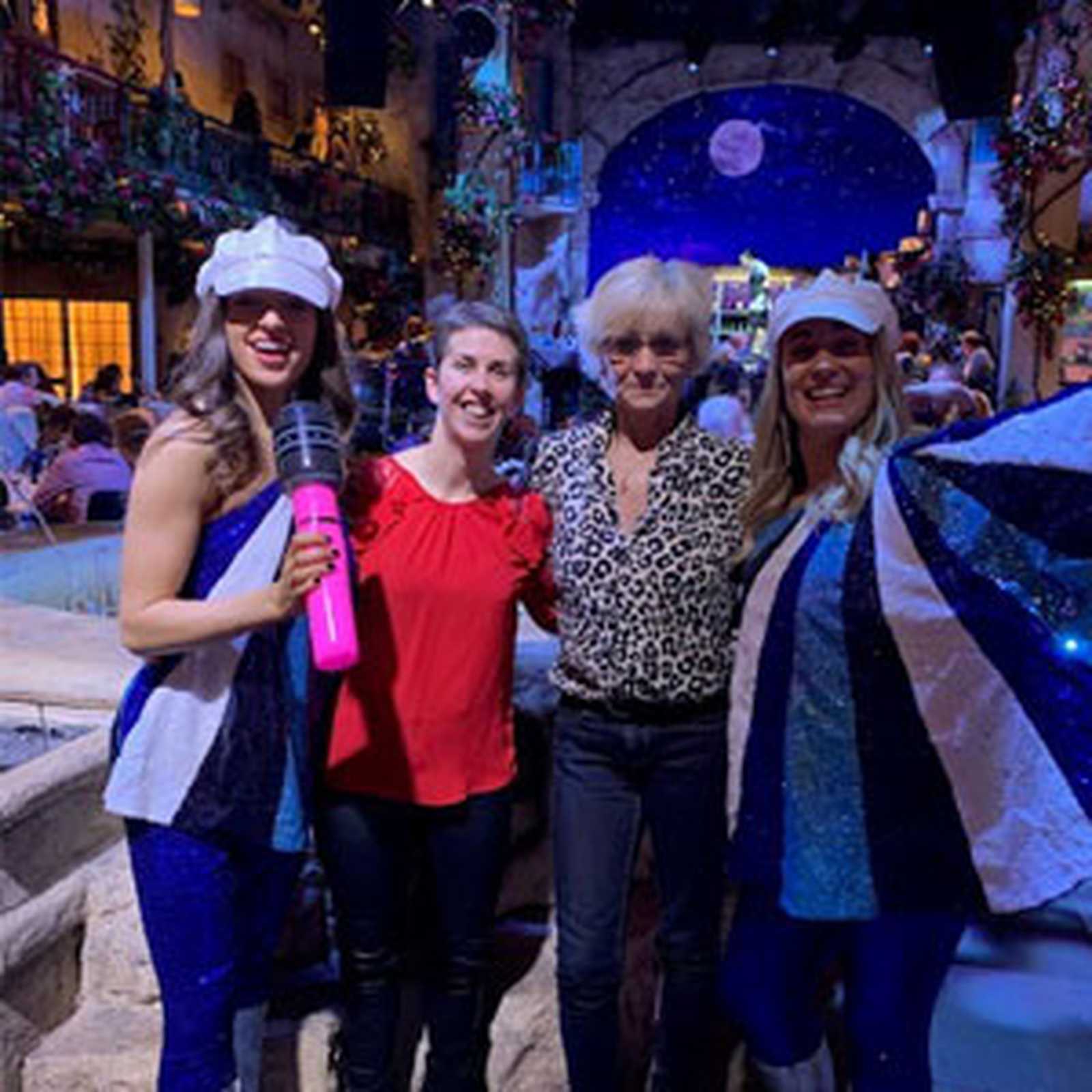 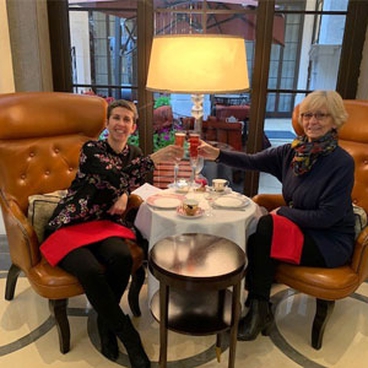 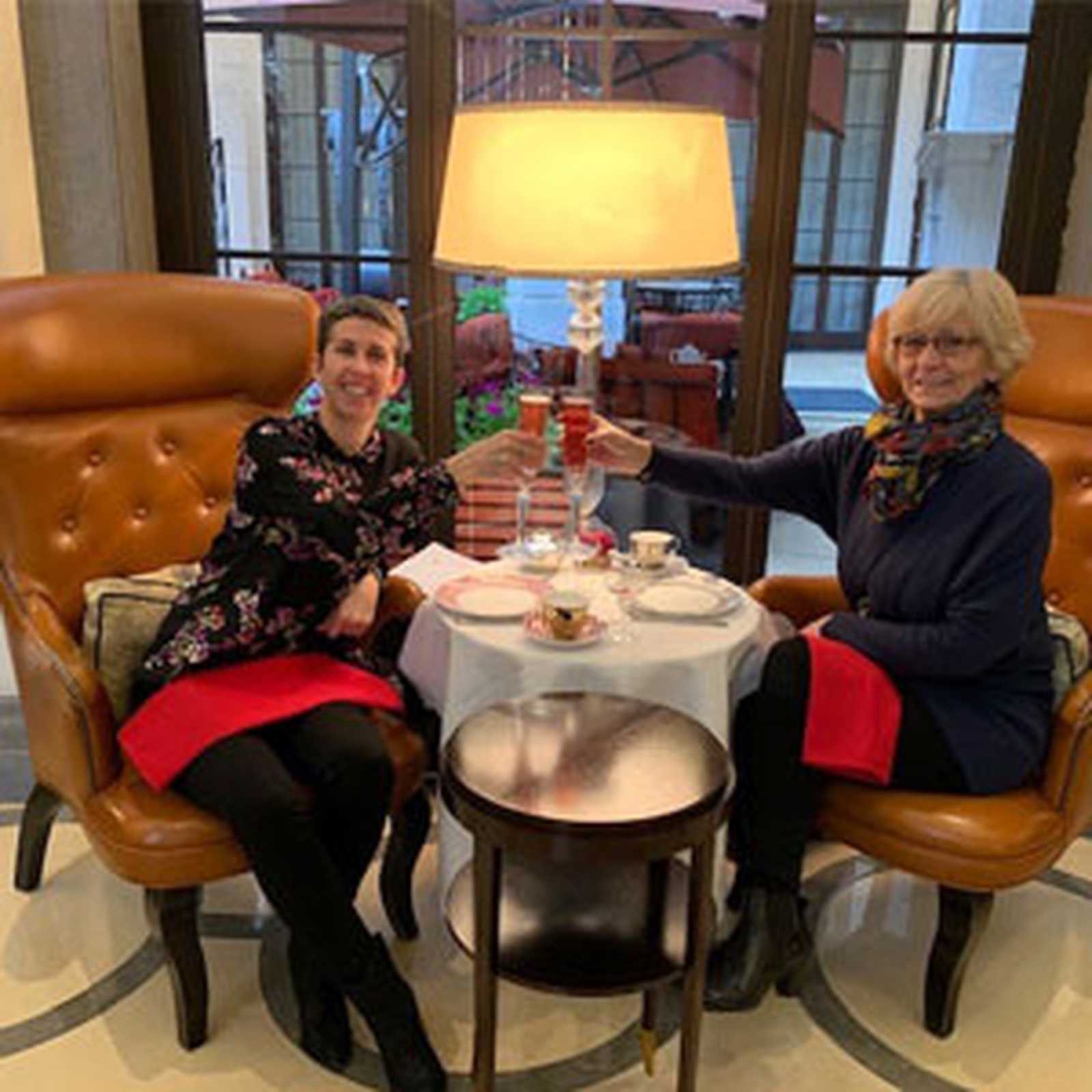 As she got her strength back, Tammy decided to support The Brain Tumour Charity which she first found about when she began researching meningiomas online. Sadly, Tammy’s sister-in-law’s brother had passed away when he was just 28-years-old after being diagnosed with a brain tumour - so she knew about the terrible impact the disease can have.

She ran a raffle, which ended up being on Zoom due to the Covid pandemic, and she raised over £5,000 including donations from Barclays Bank as a close friend works for the company.

Tammy said: “I knew that I had a duty to help out – I couldn’t just sit around hoping, praying and waiting for help or for a cure when I wasn’t putting any money in the pot to get that help and much-needed answers.

“I posted about my own diagnosis on Facebook only to find out that three other people in my local town also have brain tumours and others got in touch to share how they know someone who has been affected by a brain tumour too. It just shows how many people are affected by them.

“So, this was the perfect time to support The Brain Tumour Charity together.”

Michelle and Caryl who also have meningiomas have joined together with Tammy’s friends Rene, Sylvia, Brenda and Pud to become ‘The Blandford Tumourators’ and they did a virtual Twilight Walk which is The Brain Tumour Charity’s flagship fundraising event. Together, they have walked around 10K and they have raised an amazing £1,300. This is alongside the further nearly £5,500 Tammy and her supporters have raised which also includes a popular bake sale run by Tammy’s mum, Angie 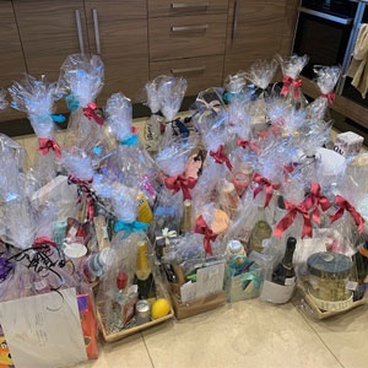 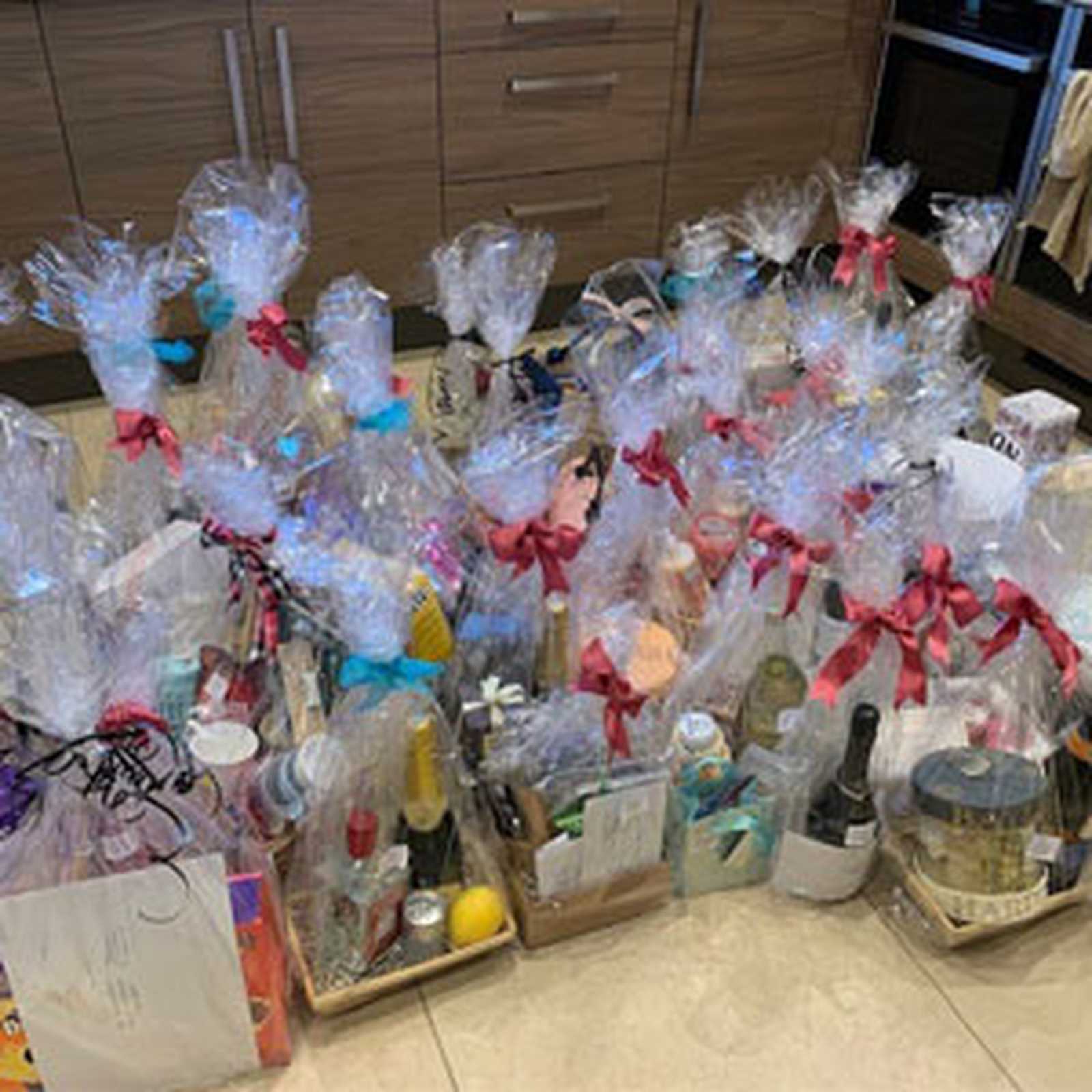 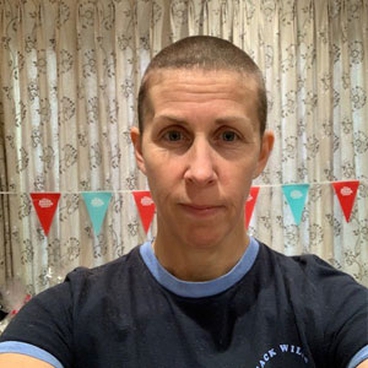 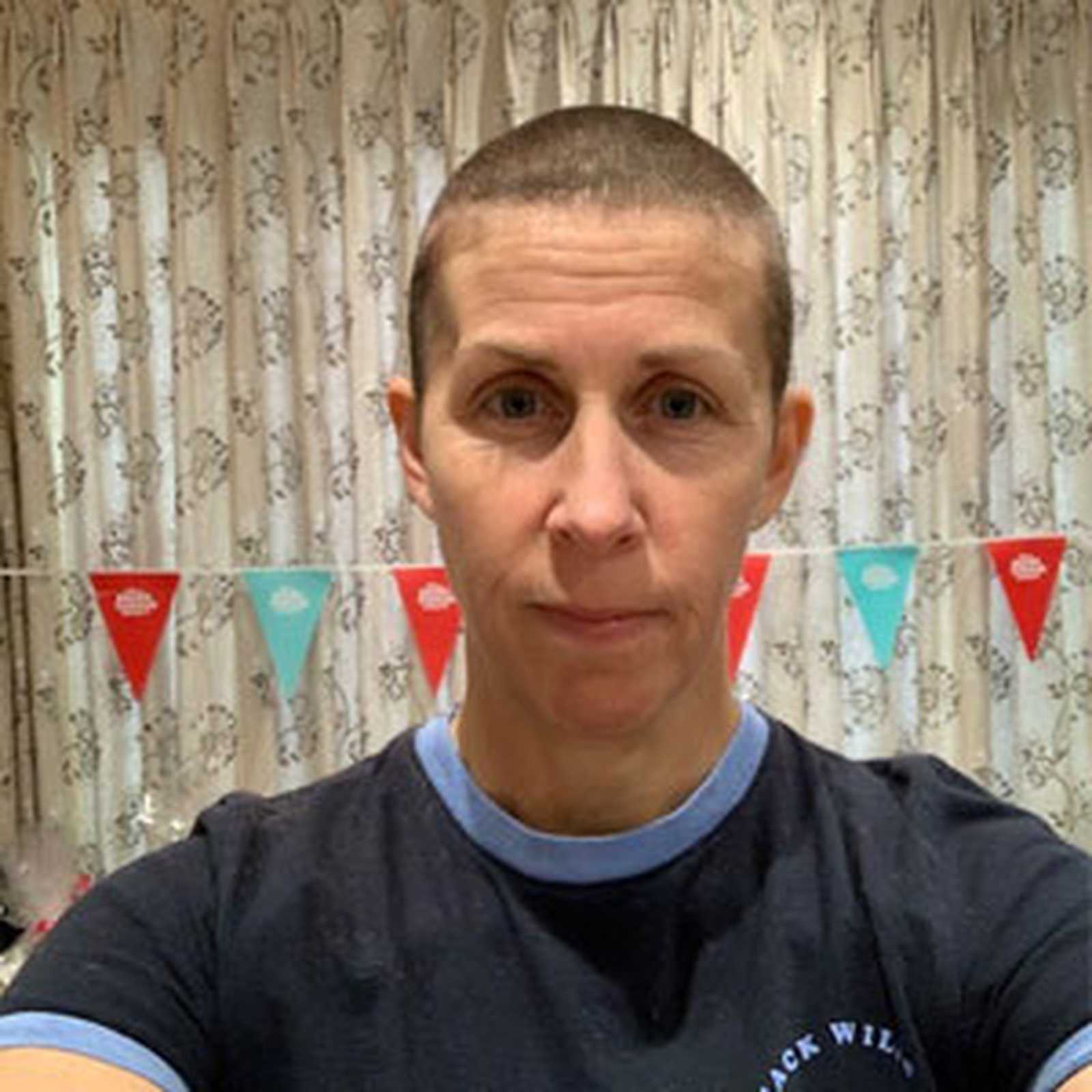 Tammy said: “The walk was great and we had so much support – a local cocktail bar, The Ginger Viking, even created a drink especially for me called Tammy’s Chocolate Tumour Cocktail.

“Whilst I wait for the next part of my brain tumour journey with more surgery, I am nursing elderly patients who have Covid, spending time with my family, and planning how else to support the Charity as and when the pandemic allows.”

Find out more about Tammy's fundraising