Home » News » “I partied to forget about my brain tumour,” says University graduate.

Jasmine Marshall-Tonkin, 22, from Adelaide in Australia was having debilitating headaches for a year before she was diagnosed with a Grade 2 oligodendroglioma. She went to see her GP five times before she was referred for a scan which revealed the tumour.

Prior to this, her symptoms of persistent headaches, which required daily painkillers, and neck pain were put down to stress and poor posture. She also saw various chiropractors or physiotherapists once a week but the pain persisted. At the time, she was writing a thesis for her final year of her Honours degree in Psychology and so she was spending long days at home studying.

Jasmine said: “I thought that the stress of my work as well as failing to sit straight was causing the pain I was in. But even with the medical help and using a special chair the pain didn’t go away. The GP only sent me for a scan in the end because she wasn’t sure what else we could do.

“I did feel like the doctors were listening to me but there just appeared to be no answer to why I was feeling this way and why nothing could help the apparent problems with my posture. I was really frustrated as it felt like there was nothing that was going to help me. My grandma luckily reminded me that what I was experiencing wasn’t normal and that there had to be an answer which is why I went back to the GP that fifth time.”

Jasmine was referred to The South Australian Health and Medical Research Institute in Adelaide for an MRI scan which revealed the brain tumour on 28 October last year. With no knowledge of brain tumours, Jasmine and her family were in shock that this had been the root of her problems over the past months.

“My friends and family would call me constantly to check in with me and help me to get healthy before the surgery. Lots of new information about something which I hadn’t even heard of before was just overwhelming me.”

Jasmine admits that she turned to a party lifestyle following the news of her diagnosis and she drank heavily as a coping mechanism. She had also finished university and had recently broken up with a boyfriend so she was enjoying the freedom which that brought.

Jasmine said: “At the time, I thought I was just celebrating what I had achieved but, looking back, I know that I was running away from being told that I had this thing growing in my head – I just wanted to forget about it. I wanted to live the same way that I would do otherwise by going out with my friends – after my diagnosis, sometimes that would mean going out four nights in one week.

“I also wanted people to leave me alone and stop asking me about it – when I was partying, people would treat me normally and we just had fun. The biggest struggle for me was that I felt like I was a rubber band being pulled in lots of different directions with people telling me what to do and the right way to do things. I knew and I still know that it was through love but it was hard to balance that between them and my own thoughts and feelings when none of us really knew much about cancer anyway! It would have been better to let the professionals suggest practical ways of helping me instead and for my loved ones to support me emotionally which is what I really needed from them.

“Throughout my life, I have always known what I was going to do next and what was coming up in my future. This was the first time when that couldn’t happen and it just became about getting through each day and having to be OK with that. I couldn’t plan anything anymore because I didn’t know what was coming and I didn’t like that at all.”

Jasmine’s family convinced her to stop going out as much as the date of her surgery got closer. She stopped drinking alcohol and started taking vitamin supplements. In the fortnight leading up to her surgery, Jasmine enjoyed trips away and days to the beach with her friends and a family picnic instead.

During this time, to safeguard her fertility through any treatment, Jasmine also had some eggs harvested which required regular self-administered hormone injections and a minor operation for removal. It was during an initial meeting to discuss this process, which she chose to attend on her own, that Jasmine had her first panic attack as the reality of her situation hit her.

She added: “I didn’t think that this would really phase me but the panic attack showed that it was all having an impact on me. I was acting really strong, because I thought that I was, but really I was struggling.

“Having my eggs harvested was the first big tick off the list of things I had to do to get this all over with. It made me feel more secure about my future if I did need chemotherapy or radiotherapy as I could hold on to a bit of control about what my life in the future may look like.”

Jasmine had a four-hour operation at the Memorial Hospital in Adelaide which successfully removed all of the tumour. Ahead of the operation, Jasmine had some of her long, blonde hair shaved off. She had a large bald patch across the top of her head afterwards which she uses decorative scarves to cover up as it has slowly grown back. She had also been losing some hair in the run-up to her diagnosis which she had also put down to stress.

Jasmine said: “I didn’t think of my hair loss as anything too dramatic before my diagnosis – but I couldn’t work out how to stop it, either. I even tried taking hair vitamins in case that helped but it didn’t. I just didn’t want so much to fall out that people would start to notice.

“So having some shaved off before the operation was the part that I had been really dreading – I love my hair and it’s such a big part of my identity so the thought of losing it was really upsetting. I remember Mum brushing it for me whilst I was in ICU the day after the surgery to make sure what I had left looked as good as I would want it to.” 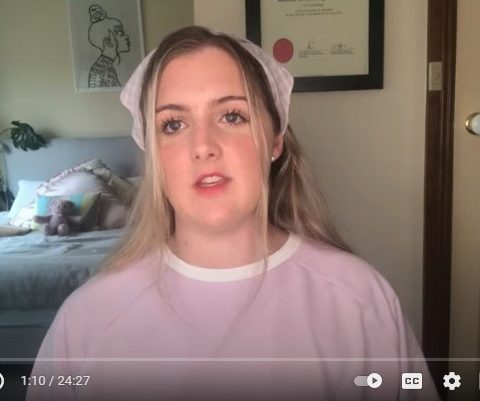 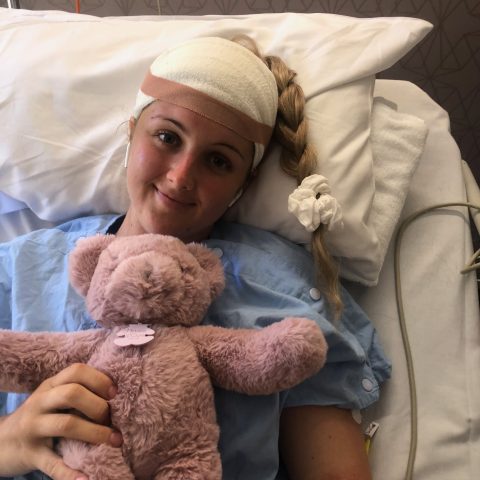 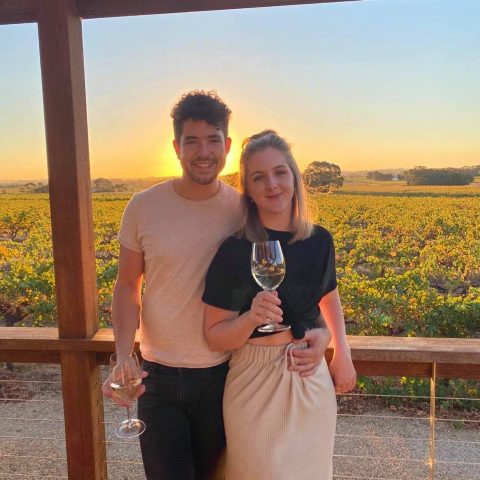 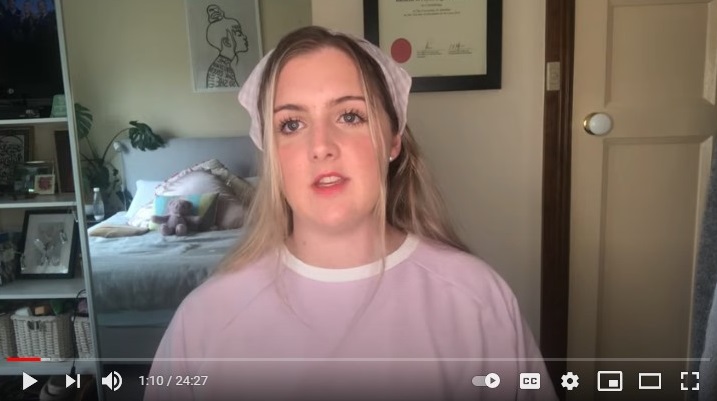 Jasmine documented her experience to help others. 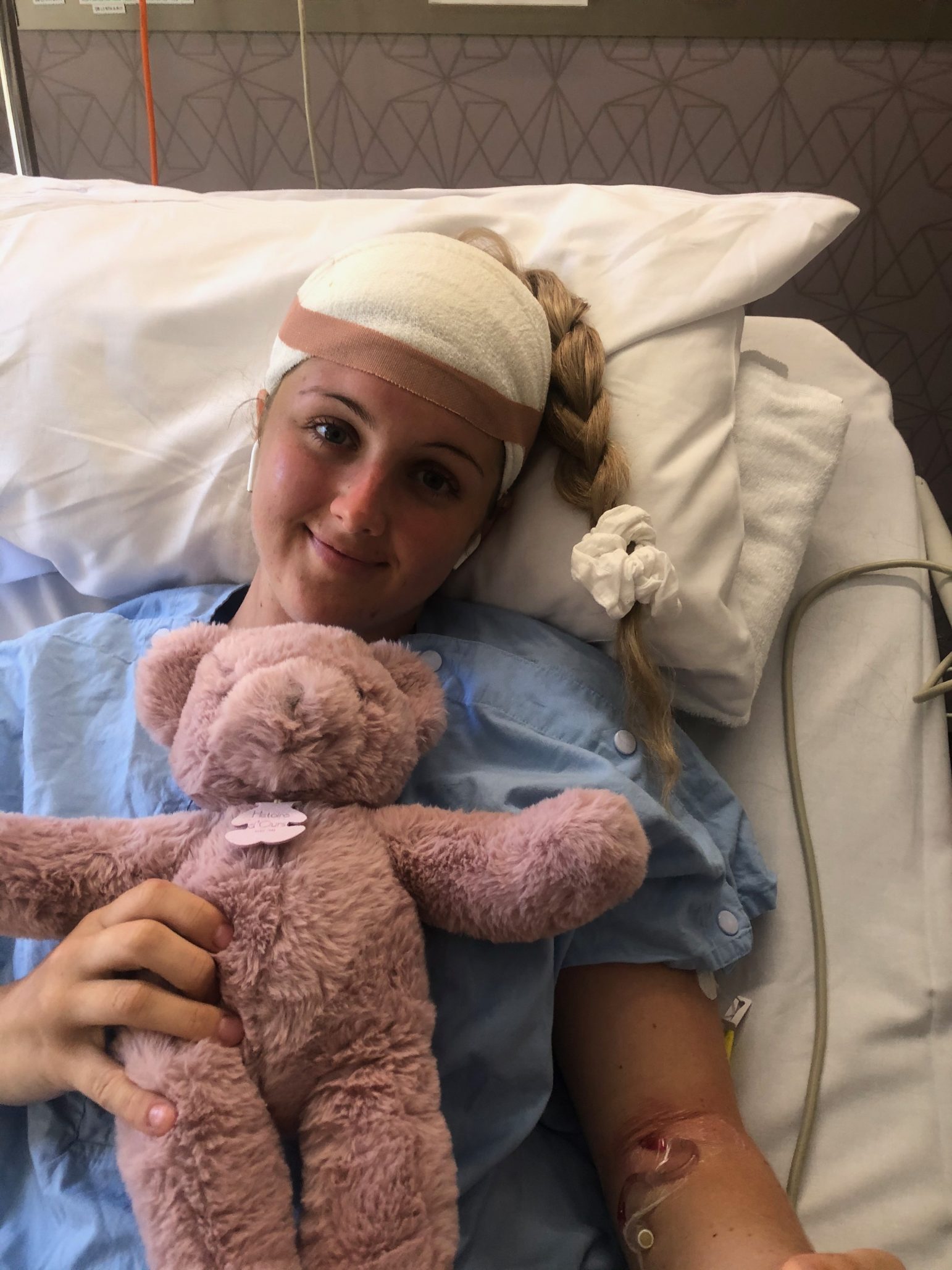 Jasmine was in hospital whilst Covid restrictions were in place which limited who could visit her. 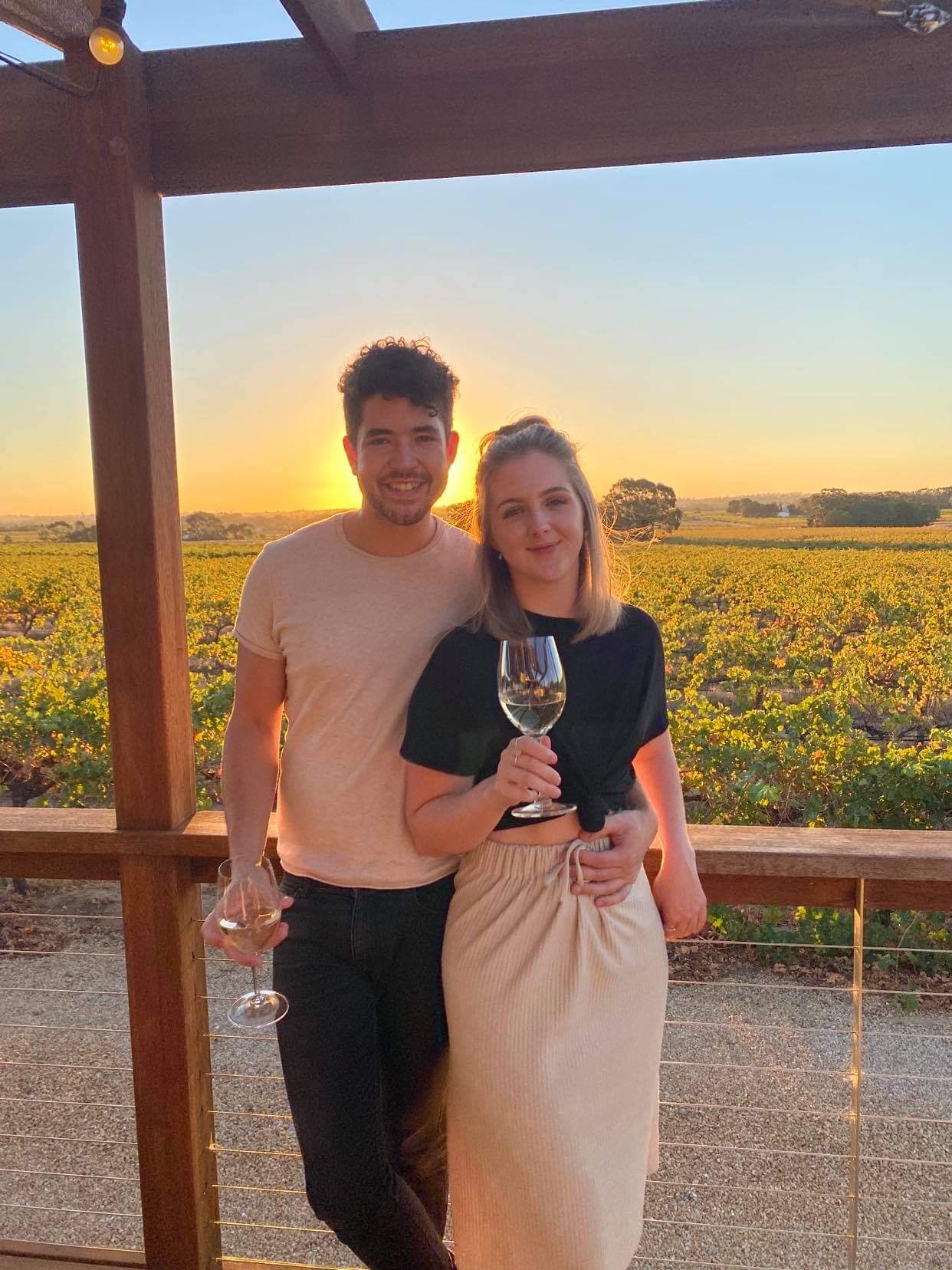 Jasmine is looking forward to a happy future.

Jasmine stayed in hospital for a week after her surgery as she recovered from the operation and had the 35 staples in her head removed. Due to the Covid restrictions in place, only two visitors were allowed each day but her friends came to the window her bed was next to and held up posters and banners they had made sending her love and well wishes.

Jasmine had some issues with coordinating her arms and legs, which she had physiotherapy for. She also struggled with her emotions at the time as she went from being easily agitated to appearing monotone and emotionless but this corrected itself over time. In addition, she had some odd sensations in her head as the healing process got underway.

Six weeks after her surgery, the doctors confirmed that she didn’t need any further treatment. Now, Jasmine has regular scans to monitor her condition, which have recently come back clear. She also still gets fatigue and some ongoing problems with her arm when she is tired.

Jasmine had six months off to recover having completed her studies just ahead of her diagnosis. She plans to return to her studies to gain a Masters in Psychology next year and, until then, she has been volunteering with youth outreach programmes in her area.

Jasmine said: “At the moment, all is going good. In fact, maybe it’s changed me for the better. I am living life with more enthusiasm now and doing the things which make me happy. I am thinking about what I would love to do as a career rather than what will just make me the most money.

“I have had some guilt that maybe other people think that my ‘healing time’ is over and that I should be getting on with life again now. But I am also learning that it’s fine to be less busy by saying ‘no’ to things and that it’s OK to just do nothing and rest – although I am struggling with this a little. I just don’t get as much done in a day that I used to.

“I am also trying to be healthier so I don’t have any more health issues in the future. I drink but in moderation, I take my vitamins and I try to eat well. But I need to also not fixate on this or let it consume my mind.”

Jasmine found out about The Brain Tumour Charity after searching online for information and advice following her own diagnosis and she is keen to help other young people who have been affected by a diagnosis similar to her own.

She said: “I wish I had found the information from The Brain Tumour Charity earlier about supporting loved ones when you have been diagnosed with a brain tumour yourself. I used to laugh when I used to tell people which I knew wasn’t right but I didn’t know what else to do. The Charity also provides lots of information about ways to help yourself which are based on fact and not opinion. I think that if anyone is going to find a cure for this disease then it is The Brain Tumour Charity.”

Jasmine’s advice to others who have been diagnosed with a brain tumour is: