Stuart visited his GP with slight hearing loss but an MRI scan revealed a two centimetre brain tumour, unrelated to the issue with his hearing.

When Stuart was diagnosed with a brain tumour, the discovery came totally out of the blue. The 46-year-old DJ had no symptoms and had only visited his GP to discuss a slight hearing loss, which he’d presumed was due to a build-up of wax. However, when he was referred for an MRI to identify the problem with his ear, the scan revealed a two centimetre brain tumour, unrelated to the issue with his hearing.

Stuart says: “It was a huge shock. The tumour was only really found by accident. I’d had no symptoms and I’d never been ill before. I just kept thinking of my little girl, Delilah. She was only six months old and so to receive this life-changing news was pretty overwhelming – it was a lot to take in.”

But despite the initial shock, the dad-of-one decided from the off that he wasn’t going to let his life revolve around his diagnosis.

Stuart says: “I just thought: It is what it is. I had Delilah to think of, so I decided there and then to put all the bad stuff to one side and instead focus on all the joy and happiness she brought me. I knew that I needed to get on with each day and make life as normal as possible for her. I just wanted to focus on the people that I love.” 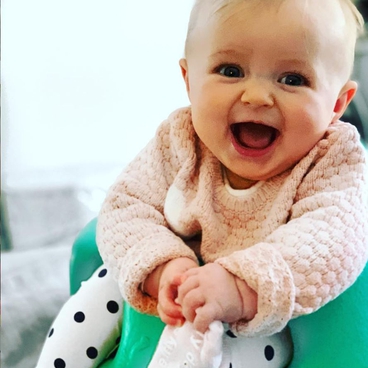 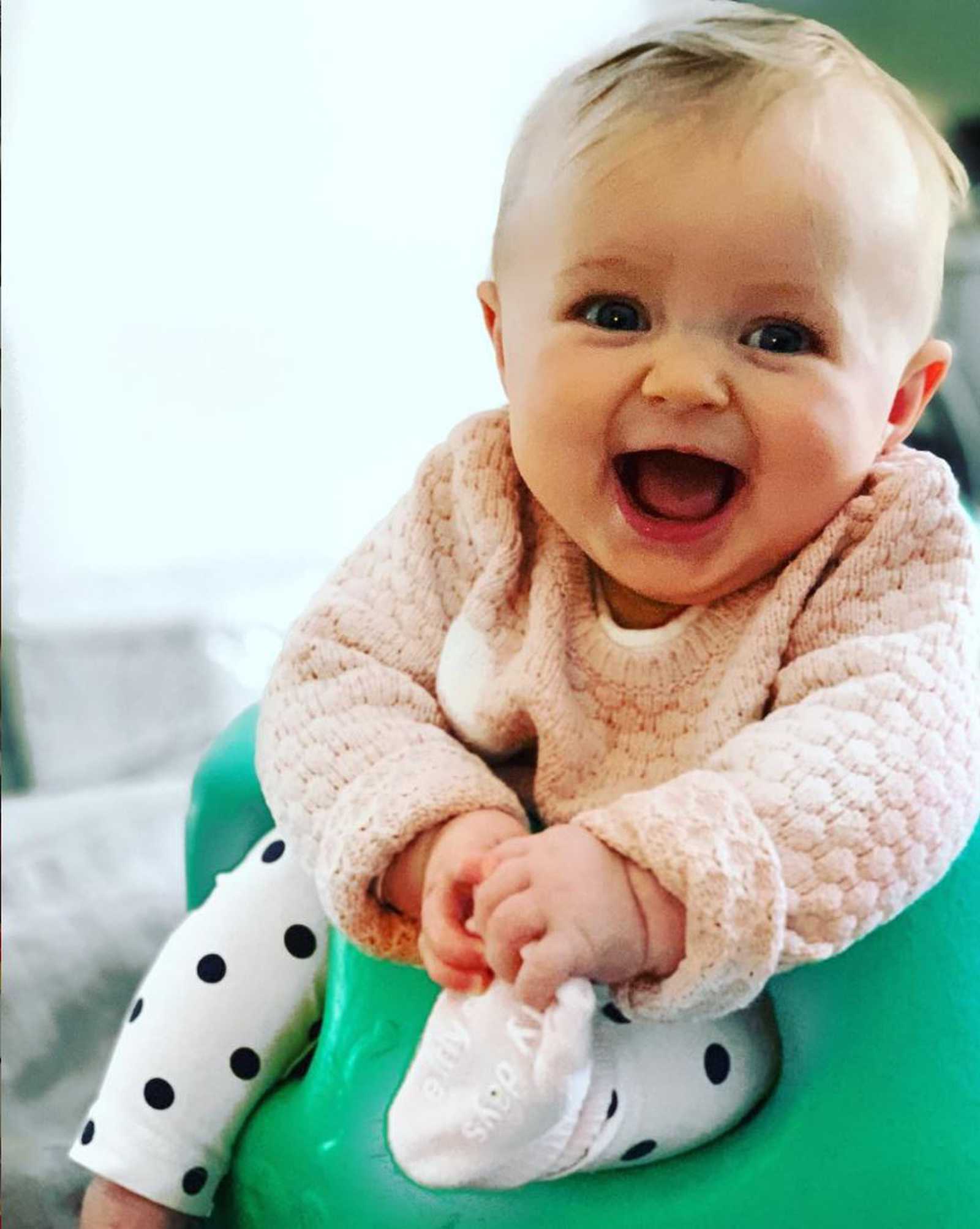 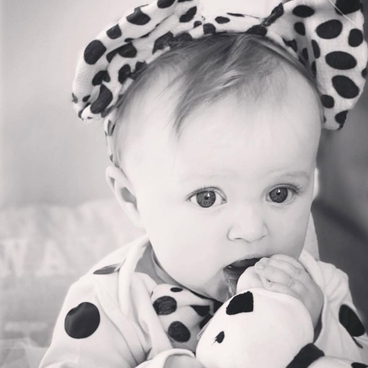 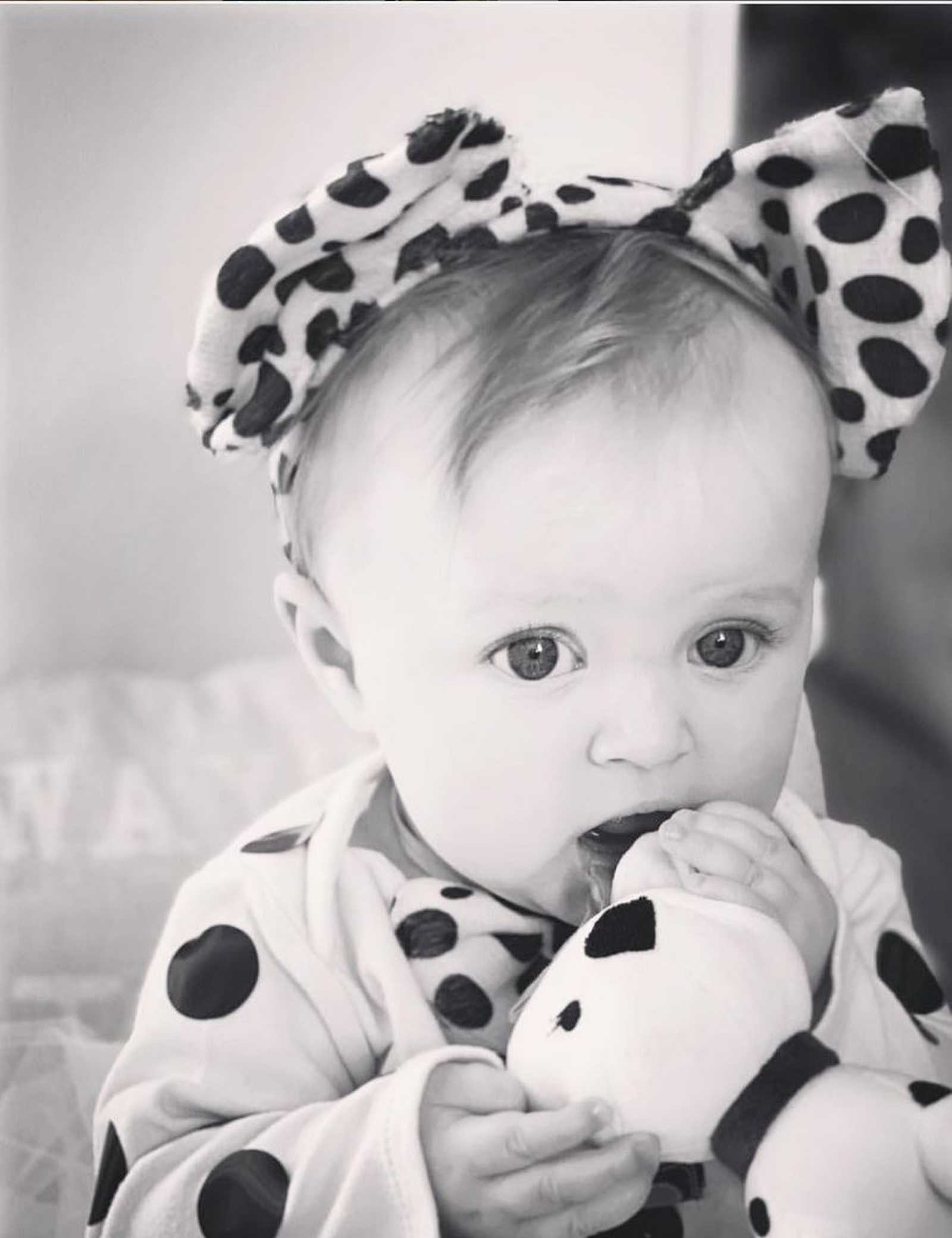 And two weeks later, Stuart did just that when he proposed to Delilah’s mum, Emma.

Stuart says: “I’d been planning to propose for a long time anyway, and now it seemed even more important. I dressed Delilah in a baby grow that read: Mummy, will you marry Daddy? and got our dog, Dora, to deliver the ring. To say Emma was surprised was an understatement, and luckily for me, she said yes.”

Stuart describes their wedding that April as the most ‘beautiful, romantic and fun’ day of his life.

He says: “It was everything that we wanted it to be. We were determined that my recent diagnosis, and upcoming surgery wouldn’t overshadow our day, and it didn’t. In fact, some guests at that time didn’t even know. We wanted that day to just be about us and about our love, and it was.” 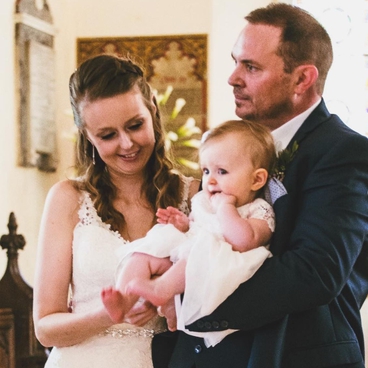 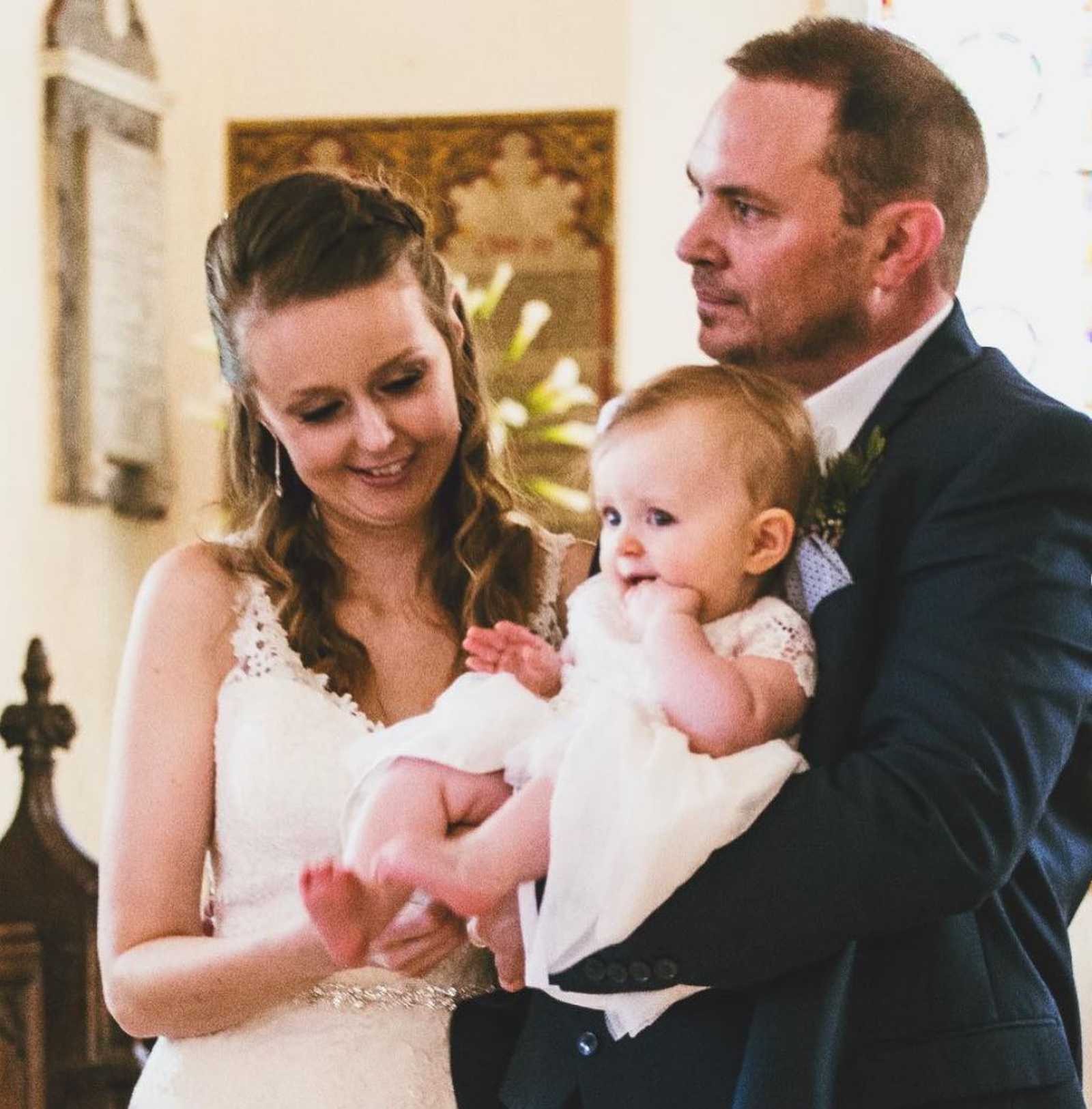 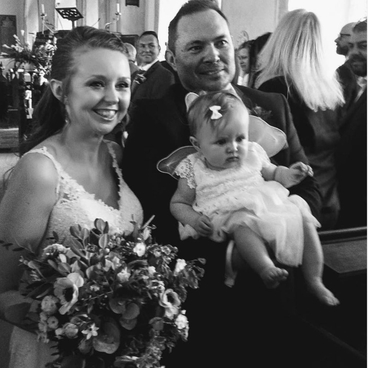 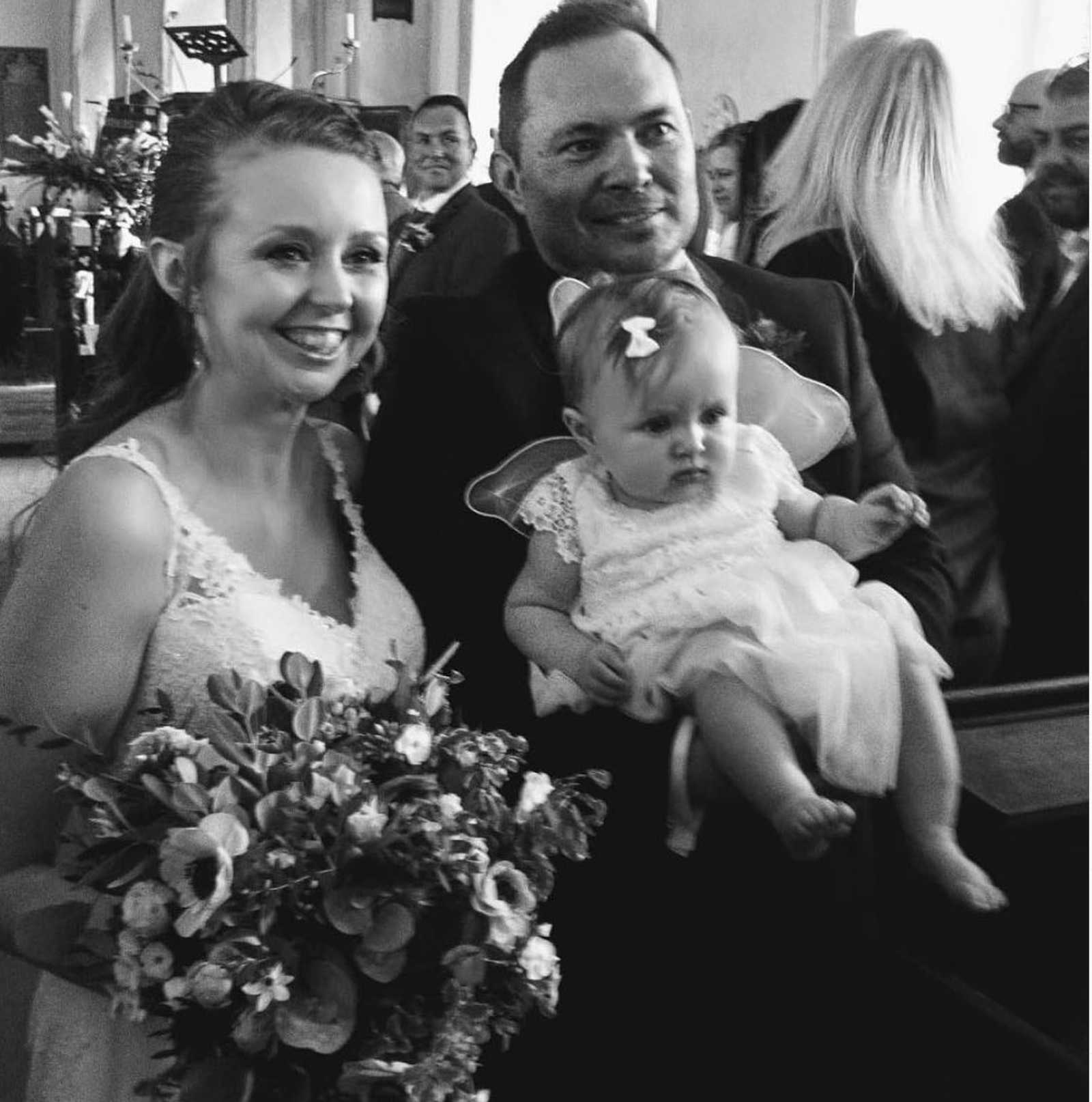 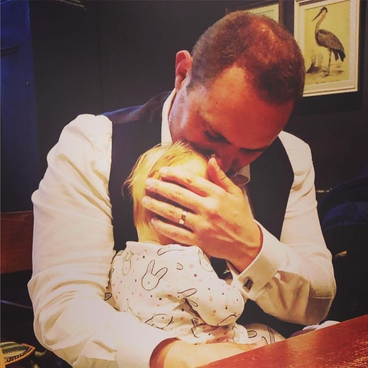 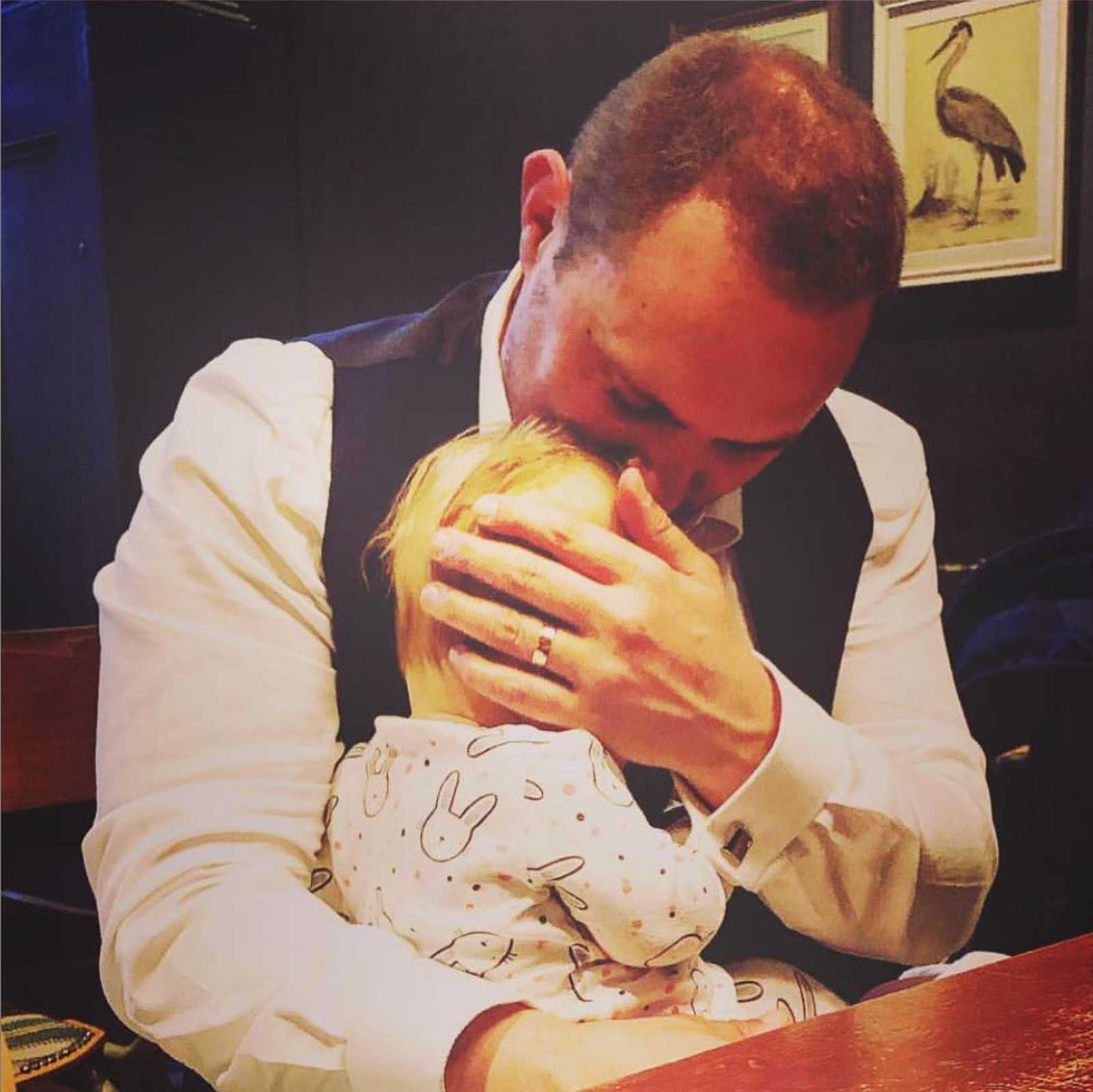 The couple went on honeymoon to Cyprus, and the week after they returned, Stuart had surgery to remove the grade 2 oligodendroglioma tumour.

Following the operation, which was deemed a success, Stuart began having radiotherapy which he has recently finished.

He says: “I was nervous about having surgery and treatment but actually, so far it’s all been okay. Two weeks after my operation, I felt back to myself and radiotherapy, although daunting, wasn’t as scary as I’d imagined.”

Now Stuart is due to start chemotherapy, but is sharing his story in the meantime to help others who are worried about the journey ahead. 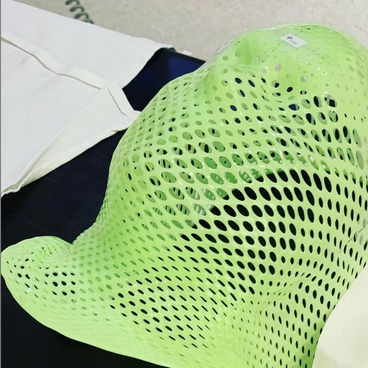 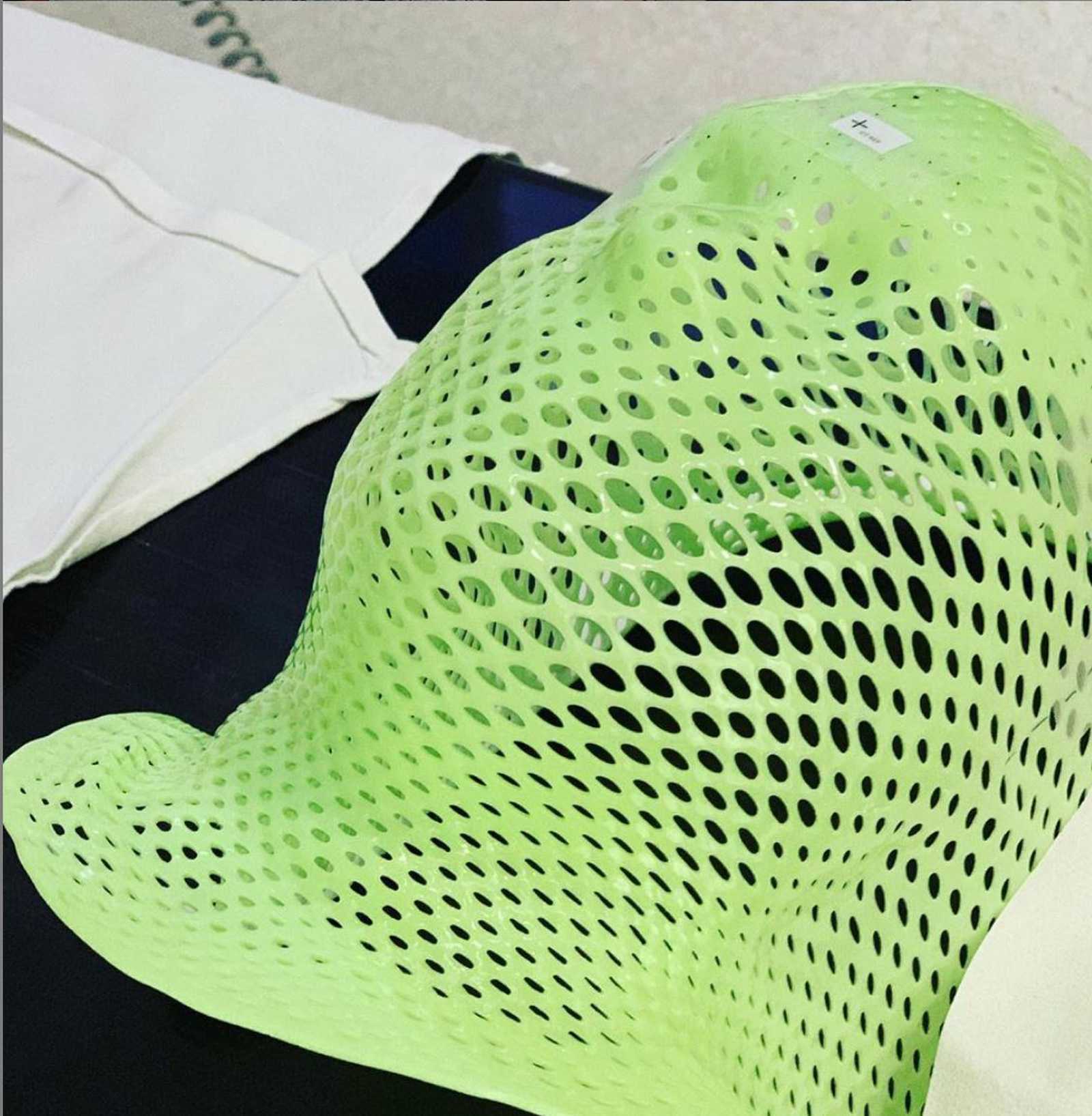 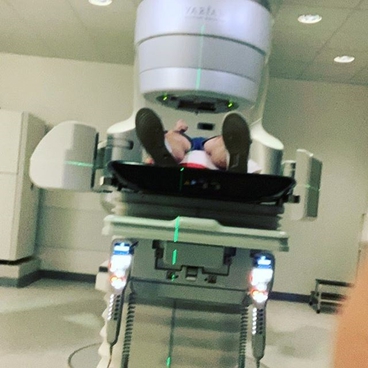 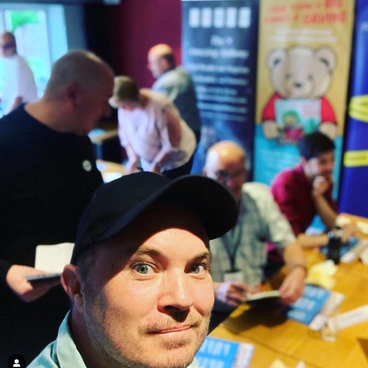 Stuart after day 1 of radiotherapy 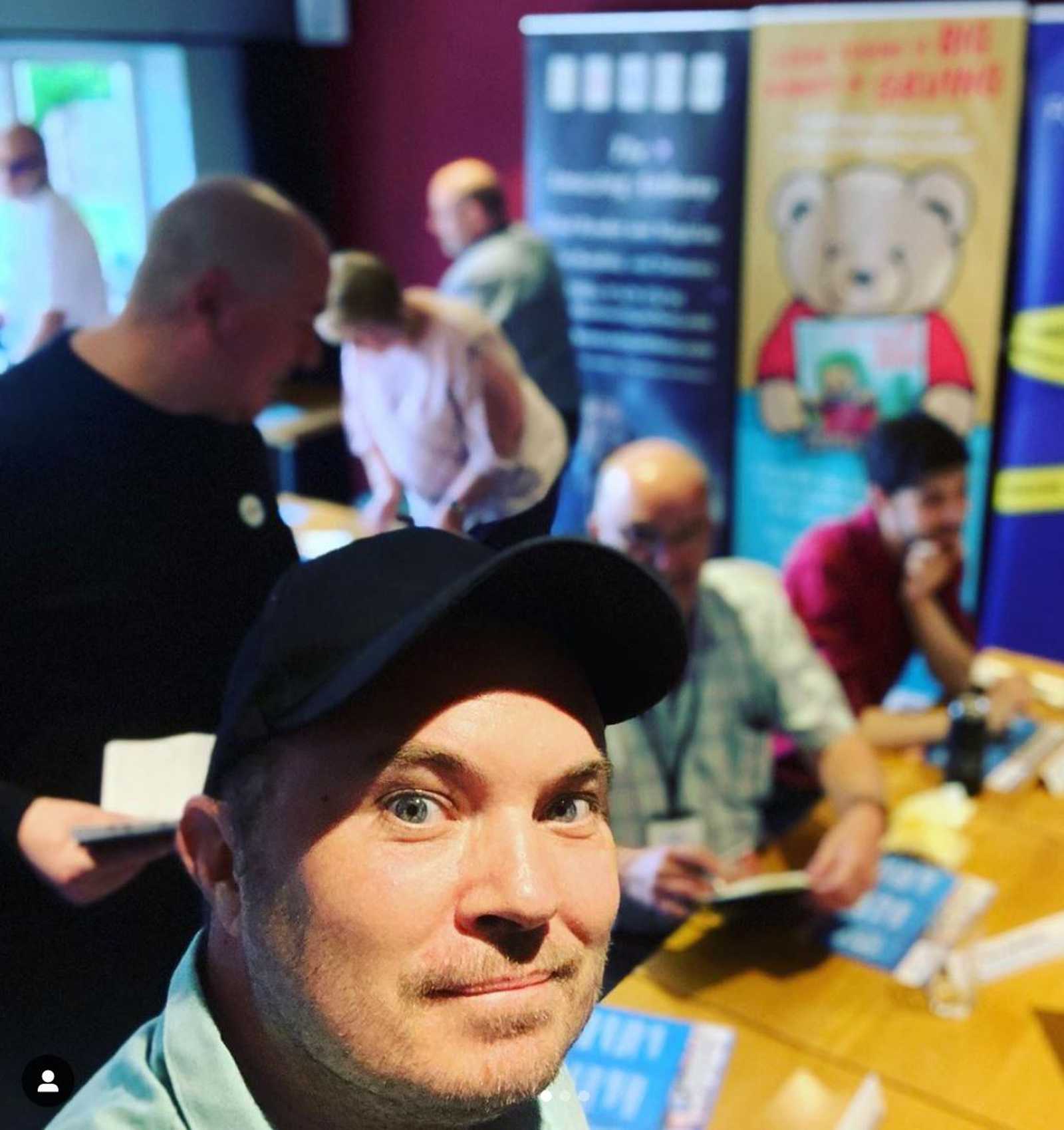 Stuart says: “I want to share my story because I would love it to help calm someone who is nervous about the treatment path ahead. Asides from my scar and experiencing some fatigue, I’ve been very fortunate to not feel any differently following my treatment and surgery and I want to help reassure others that it can all go smoothly and be okay. I didn’t know anything about this journey until I was faced with it, and if I’m now able to shed some light on this experience and help put a small piece of the jigsaw puzzle in place for someone else, I’ll be really happy.”

As he prepares to start chemotherapy, Stuart is just enjoying spending lots of time with his family.

He says: “No one knows what the future holds. I believe that all any of us can do is to stay positive and look for the good in every day. For now I’m just intending to eat well, enjoy time with friends and family and keep walking the dog.”

To read more about Stuart’s journey on instagram go to: @stuartgrantuk 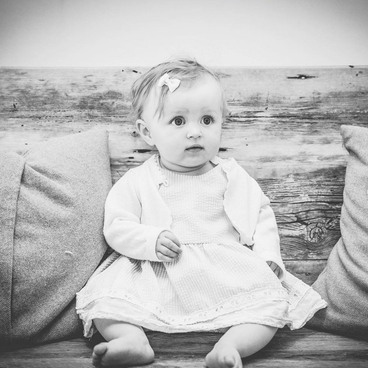 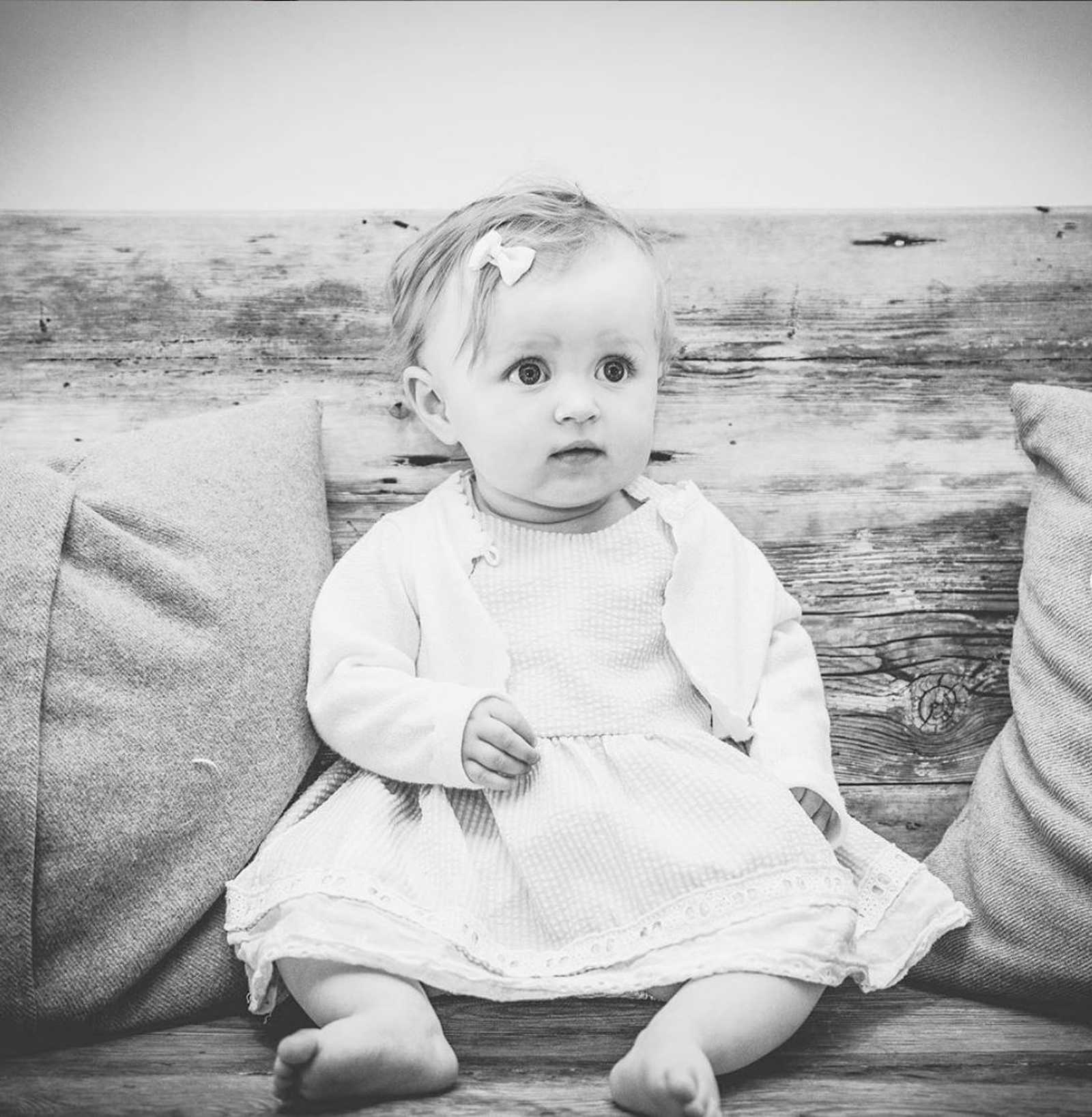 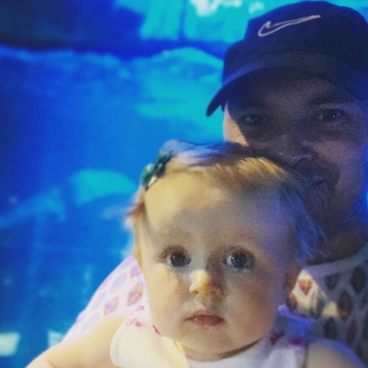 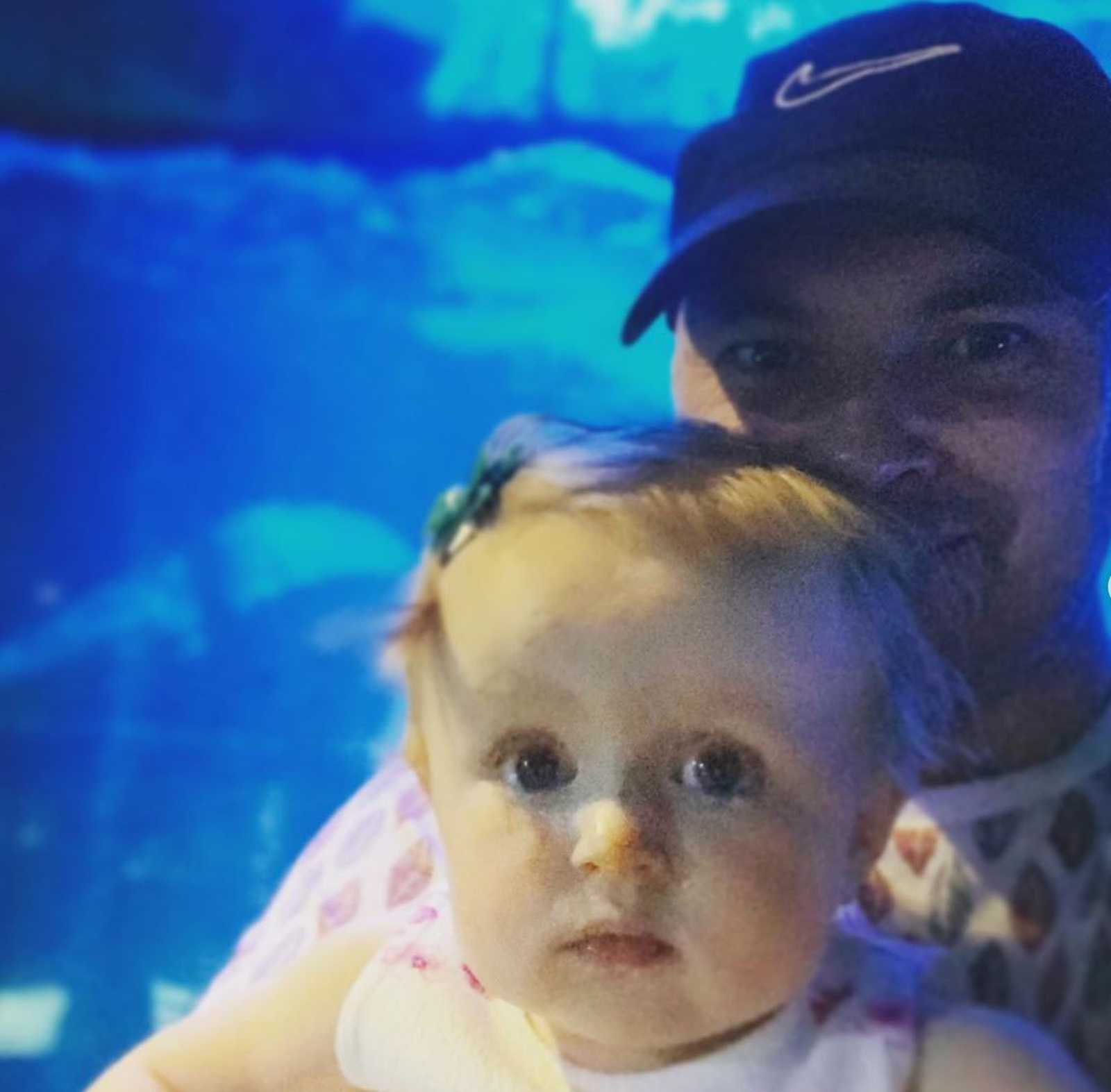 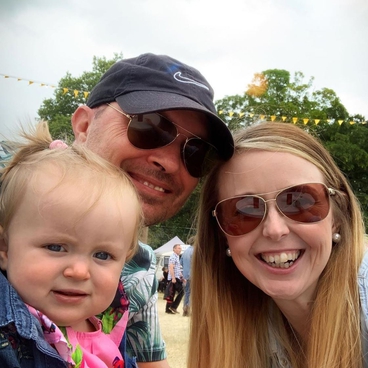 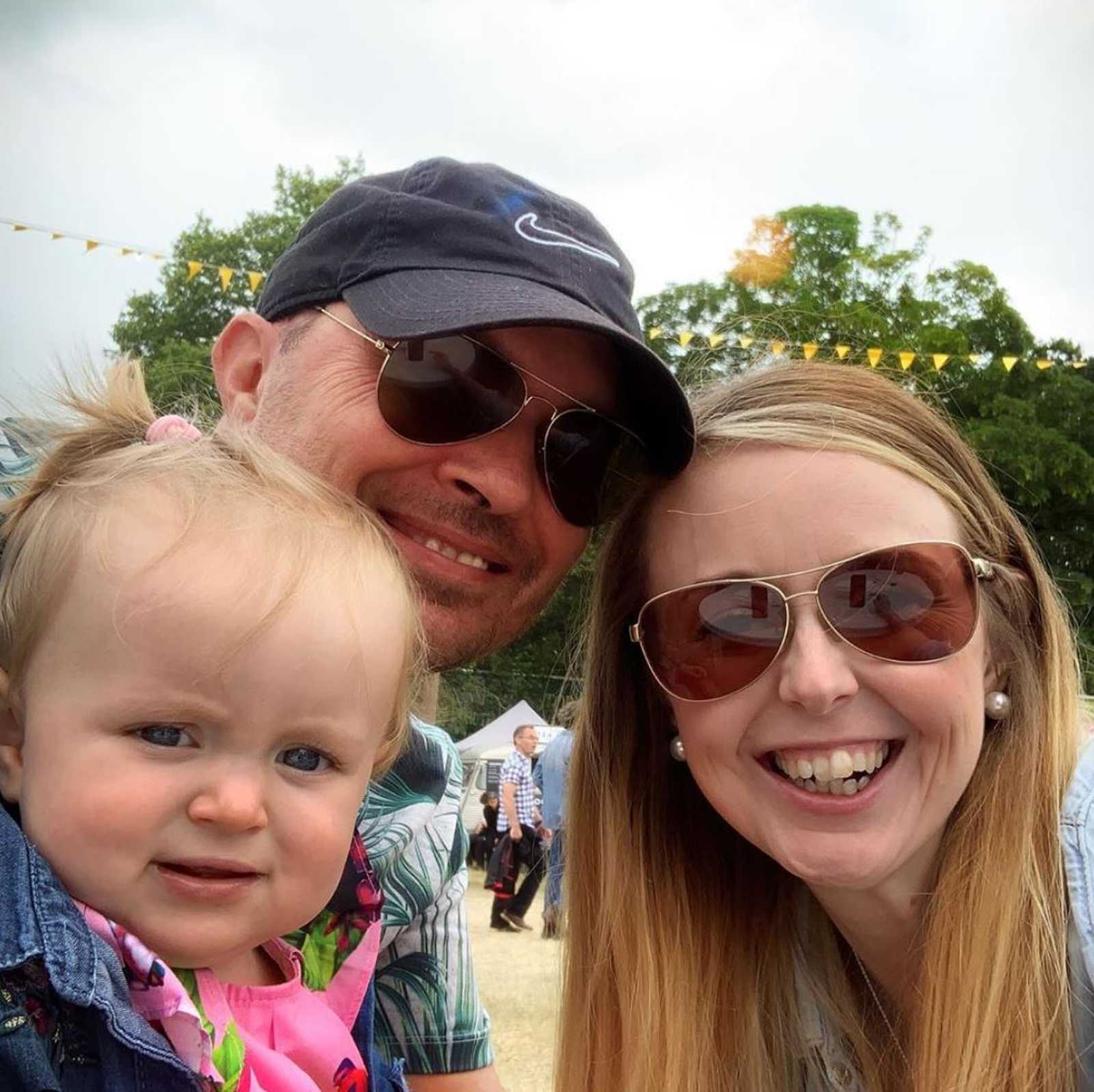 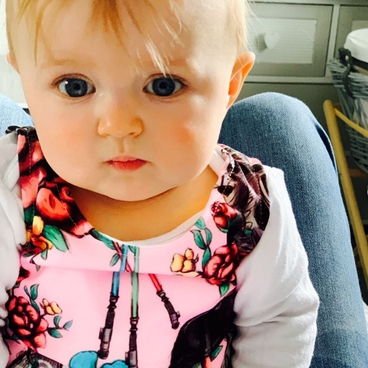 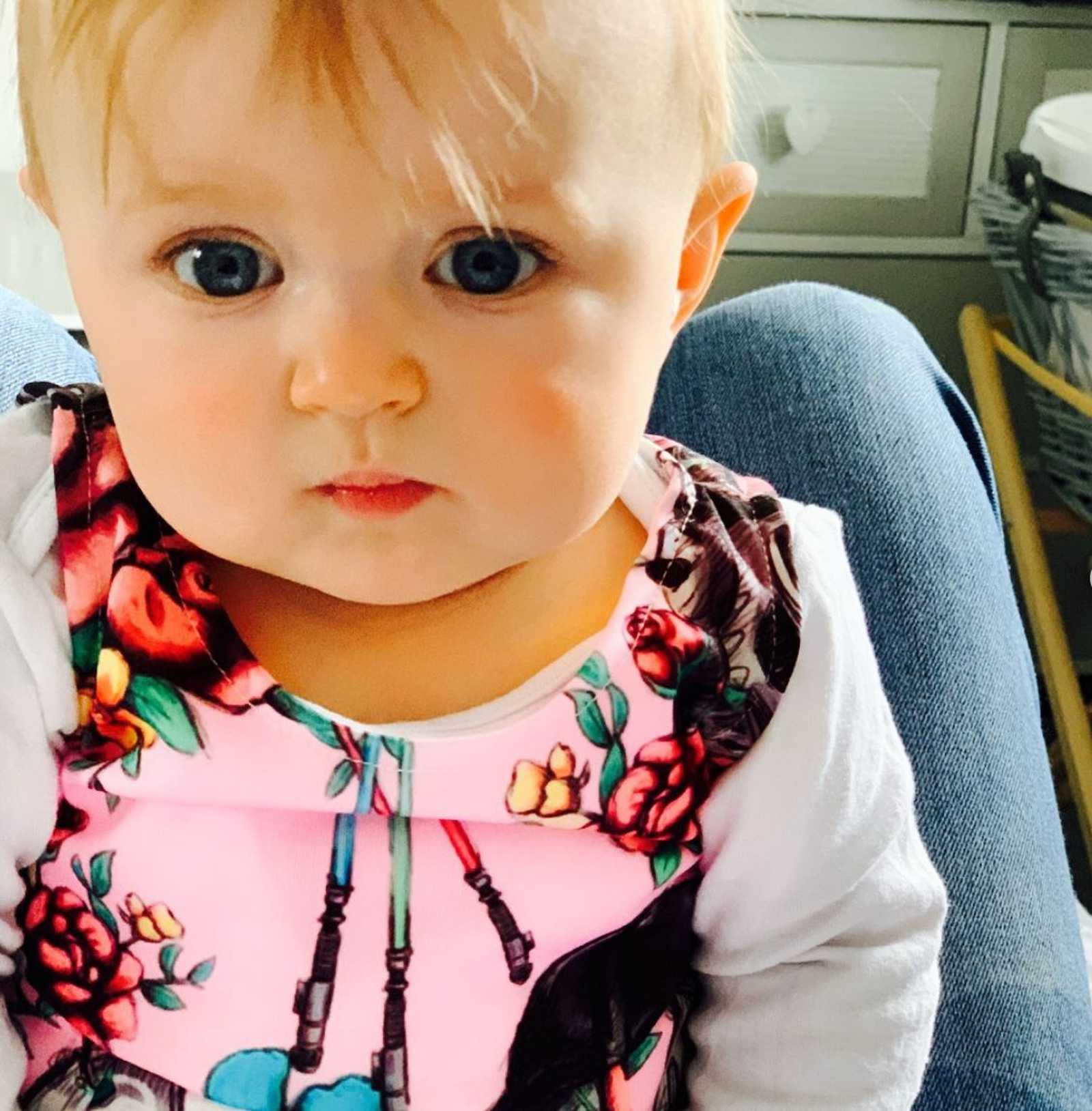 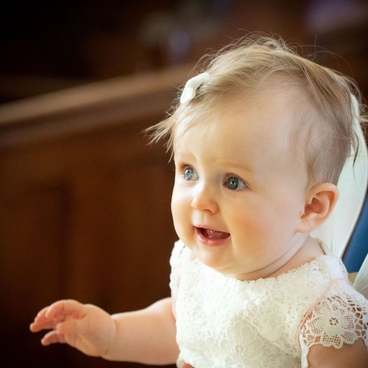 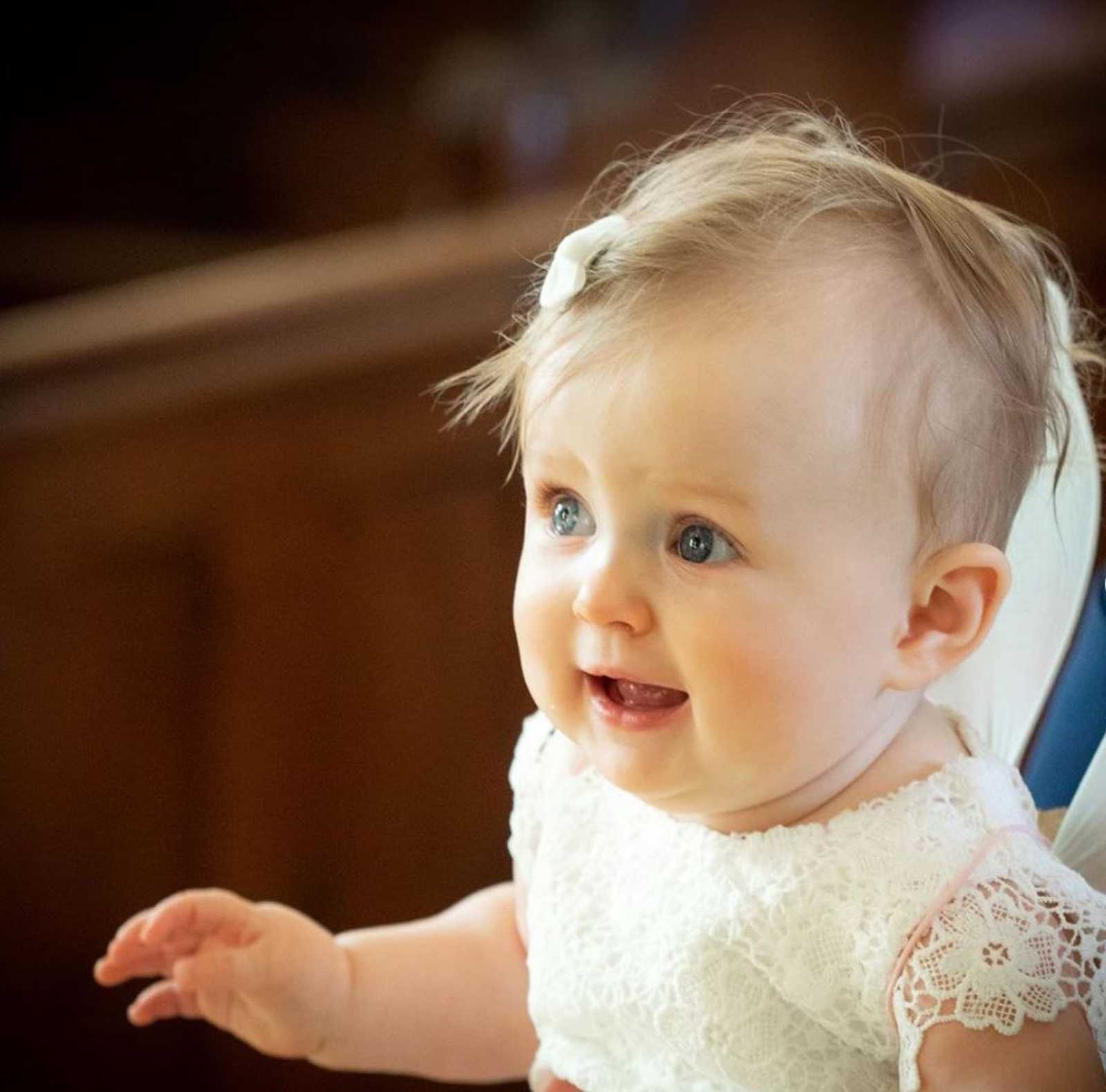 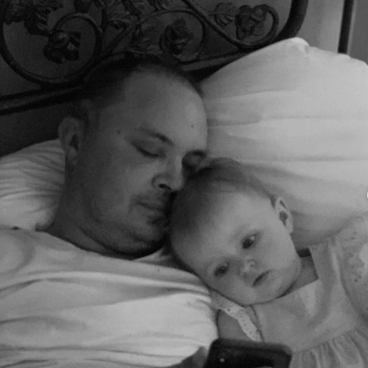 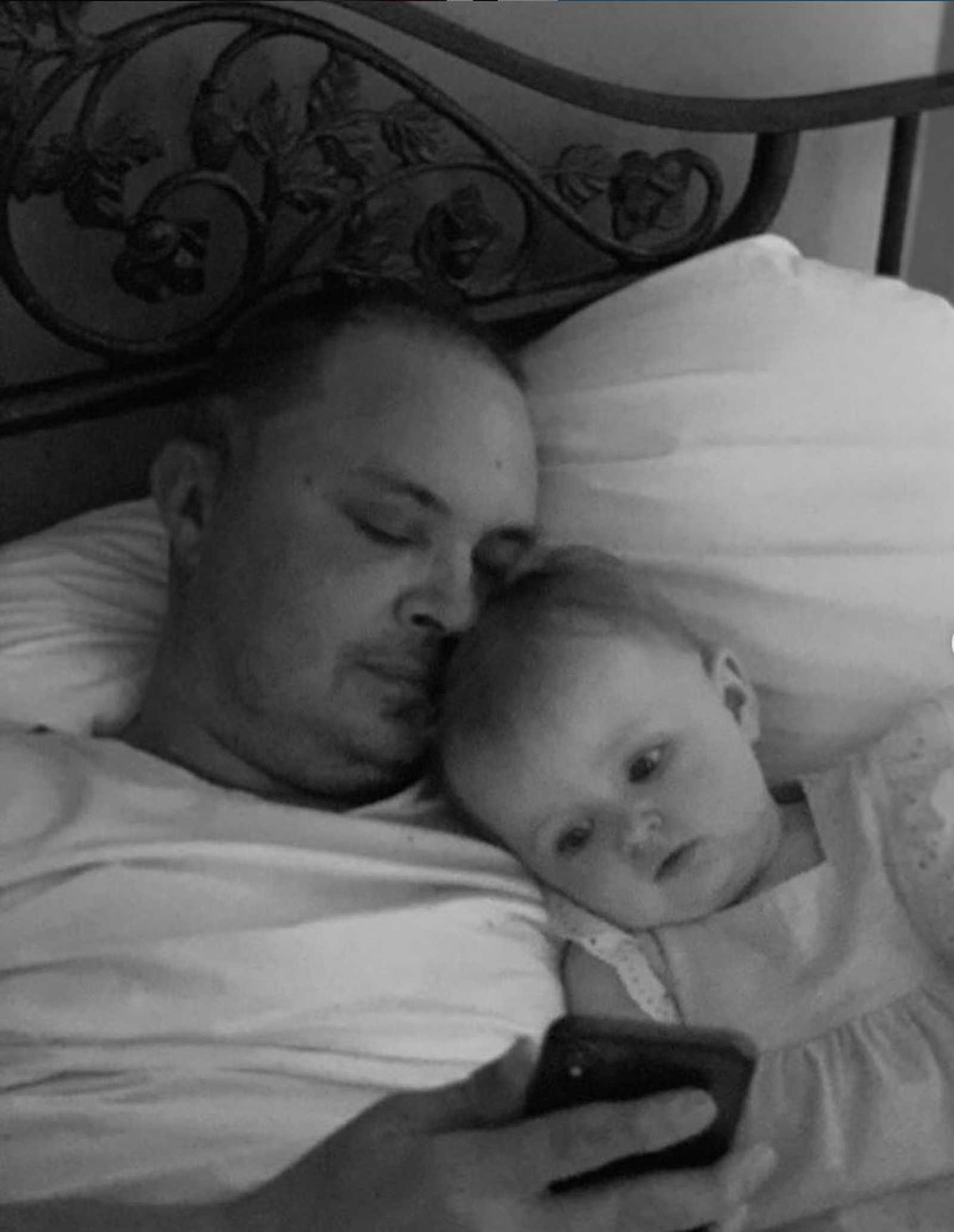