Home » News » “My brain tumour was only found after my pancreatic tumour.”

Debbie Payne, 60, from Farnborough was having debilitating headaches around the clock for months back in 2014. She was also having significant digestive issues, severe fatigue and what she now knows were hypoglycemic attacks as a result of low blood sugar levels.

Over more than 20 visits across around three years, her GP repeatedly put her symptoms down to migraines, stress and anxiety or the menopause. She was sent for a series of tests but they often came back clear and her headaches were never specifically investigated.

Debbie, who worked at a doctor’s surgery at the time, said: “I constantly had a headache and over-the-counter medication did nothing to get rid of it. I knew that something was going very wrong but I just didn’t know what ii was. No one could pinpoint what was happening to me yet the simple every day just became too much. I was so tired all of the time and it took me ages to do anything. I had to get up earlier and earlier each day just to get to work on time – but that just made my tiredness even worse. At the time, I told myself to just get on with it but, looking back now, I know that I had no choice but to be so tired.”

Debbie was sent for botox in her stomach to help manage the digestive issues she was having. She was also given an ultrasound, which found the tumour on her pancreas, which was later confirmed as low-grade. After this first discovery, she was given a full body MRI scan which found the brain tumour, which was also later confirmed as a low grade meningioma. The two tumours were not related which makes Debbie’s condition incredibly rare.

It was only following her brain tumour diagnosis that Debbie confessed that she had been having auditory hallucinations for nearly a year. She had been hearing different songs from throughout her life, including right back to her childhood, playing in her head. The tumour was actually pressing on her auditory nerve which had caused her brain to create which she described as a juke box in her mind.

Not once did anyone think that my headaches would be a brain tumour – they were just brushed aside as being one of those things which happens in life. I thought if I told people about hearing the music that they would think there was a problem with my mental health – no one had taken my other symptoms seriously so why would this one be any different?”

Following her diagnosis in December, Debbie had pancreatic surgery the following month and then she had brain surgery in April giving her the months in between to recover from one major operation before the next one. Both surgeries were successful as all of the tumours were removed and were confirmed as non-cancerous so she didn’t need any further treatment. She now has brain scans every three years and pancreatic scans annually. A second small meningioma in a different location was picked up on a scan last year which she is currently under a ‘watch and wait’ treatment plan for.

The pancreatic surgery was traumatic for Debbie as it required a large incision right across her abdomen. She had an epidural for a week to manage the pain and she was in ICU at the Royal Surrey Hospital for three days afterwards. She has been left with a distended stomach, even years later, which restricts what clothing she can now comfortably wear. However, the brain surgery at St George’s Hospital in south London was much more straightforward and she was back home within 24 hours of going into theatre.

Debbie said: “I bounced back from the brain surgery so quickly – I got my life back almost immediately. It was heaven when the music stopped and the headaches had gone away when I first came around from the surgery and I was able to happily chat with the nurse.

“I was so frightened before the surgery as I knew nothing about brain tumours but I felt well as soon as I woke up. I was worried that they would have to shave my hair off but they didn’t. Of course, it isn’t easy and everyone is different but the medical team are there to help – I would encourage others to voice their concerns and they should be addressed. It really wasn’t as awful as I thought it was going to be – so I hope others facing similar surgery can learn from my experience and not let that fear of the unknown overwhelm them.”

It took two years after Debbie’s pancreatic surgery before she could move easily and comfortably again. As a passionate horse rider, Debbie found this especially difficult as she could no longer enjoy the sport as much as she used to due to her reduced stamina, core strength and agility. 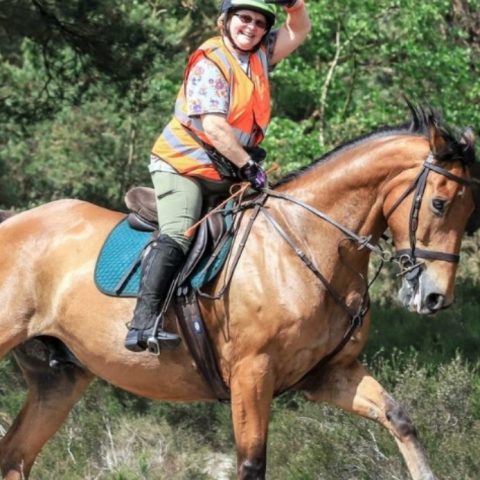 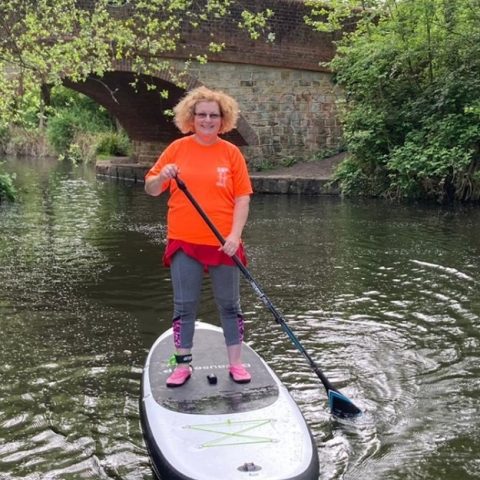 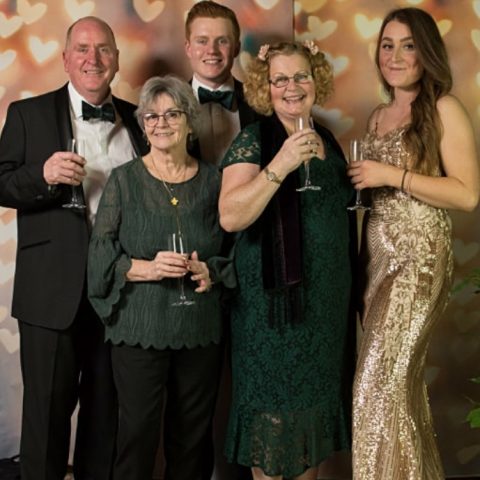 Debbie was pleased to get back in the saddle but she has had to adapt her skills following her diagnosis.

Debbie with some of her family.

She added: “I used to compete, hack and hunt and now I am basically back to being a bit of a novice horse rider. I can’t really canter or gallop anymore and mounting or dismounting is difficult too. It has knocked my confidence and I did nearly give up. But I have been building myself back up from riding in the schooling area before going out on hacks again and I refuse to let it stop me.

“In fact, I think that my experiences have helped me to develop a new mind set – I am more determined and more confident than I used to be now in all areas of my life. Even if horrible things happen to me, it is a relief to know that they can be dealt with. Everything is good for me now and every day is fantastic.”

Debbie retired from her job at the doctor’s surgery recently having returned to work after her treatment and recovery. Around her horse riding, Debbie now volunteers for Riding for the Disabled charity in Surrey, enjoys wild swimming and even went for a skinny dip under the recent Harvest Moon, and has tried her hand at paddle boarding. She has struggled to get her driving licence back and is hoping that the DVLA will soon reinstate the HGV category on her licence so she can drive with the horse box which is currently under a three-year review. She credits the support of her family including husband Tony and their three children Sam, 30, Jade, 28, and 24-year-old Josh, for getting her to where she is today.

She added: “My family have been utterly brilliant – we are very strong. My children helped as much as we could and we all felt the relief after my successful treatment. My husband has always been amazing too – he was there through every appointment when we hoped we would get the answer of an accurate diagnosis until we actually did. Now, there is very real hope that everything will be OK.”