“Tasha was an inspiration and a joy. Her legacy will live on in our fight to defeat brain tumours.”

Tributes have been paid to The Brain Tumour Charity’s ‘sassy and brave’ Young Ambassador Tasha Floyd, who has died at the age of 24.

Tasha was first diagnosed with a brain tumour at 16, when doctors said she would live for no more than a year.

But after radiotherapy to alleviate her symptoms and surgery which robbed her of her sight, Tasha defied the odds.

She went on to university and worked tirelessly to help The Brain Tumour Charity, becoming one of our first Young Ambassadors last year.

In January, Tasha received the devastating news that she had a second tumour, more aggressive than the first. But she remained determined to do whatever she could to help others in the time she had left.

Earlier this year she took a lead role in launching our five-year strategy, Defeating Brain Tumours, in which she talked passionately about the power of hope.

“I’m not ready to give up,” she said. “I will never accept there is no hope.”

Sarah Lindsell, chief executive of The Brain Tumour Charity, said: “Tasha was an inspiration and a joy. She could make you laugh until you cried but she had a will of steel and she was driven by an incredible determination to spare others what she had been through.

“All of us at The Brain Tumour Charity will miss her very much. Her legacy will live on in our fight to defeat brain tumours.”

Former England rugby captain Lewis Moody, who supports The Brain Tumour Charity through the work of The Lewis Moody Foundation, said: “Tasha was an enormously infectious personality whose enthusiasm for life brought a smile to everyone who met her.

“She also campaigned tirelessly to improve research and understanding of brain tumours so that others would benefit in the future.

“She was a wonderful young lady who will be hugely missed.”

“Her will to help others affected by this disease, despite being so poorly herself, was nothing short of incredible and her bravery will inspire each of us every day.

“We will always treasure the time we spent with Tasha at the charity, and will use her unparalleled example of courage and determination to continue this fight together.

“Her story has strengthened our unity as a team and we will work harder than ever to honour the memory of our friend.”

Tasha’s commitment to changing the future for brain tumour patients led to a remarkable decision, taken by the 24-year-old many months ago together with her parents Shona and Graham.

She asked that her brain be donated for research after her death – something researchers say will help to revolutionise their understanding of DIPG (diffuse intrinsic pontine glioma) the type of brain tumour which killed Tasha.

Shona said: “She was amazing and sassy and so funny and ultimately so brave.” 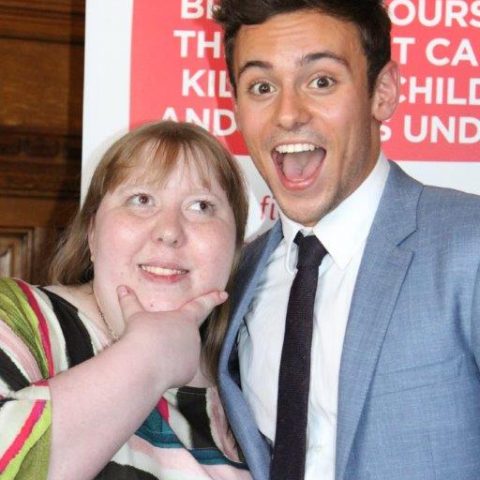 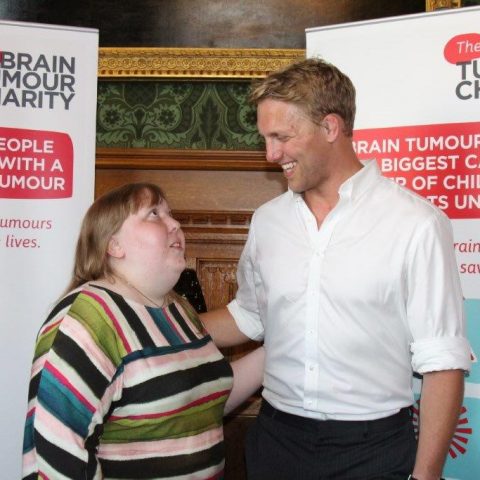 Tasha with the rest of the Young Ambassadors and Tom Daley 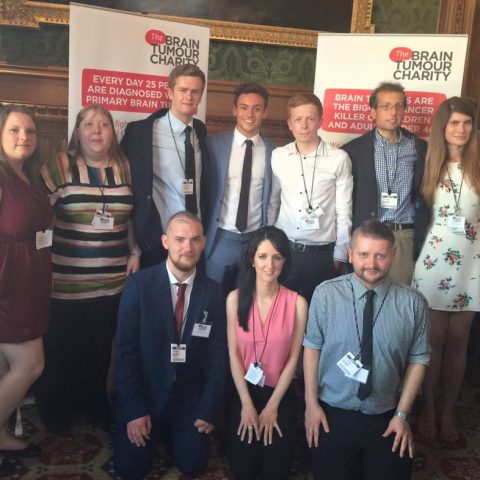 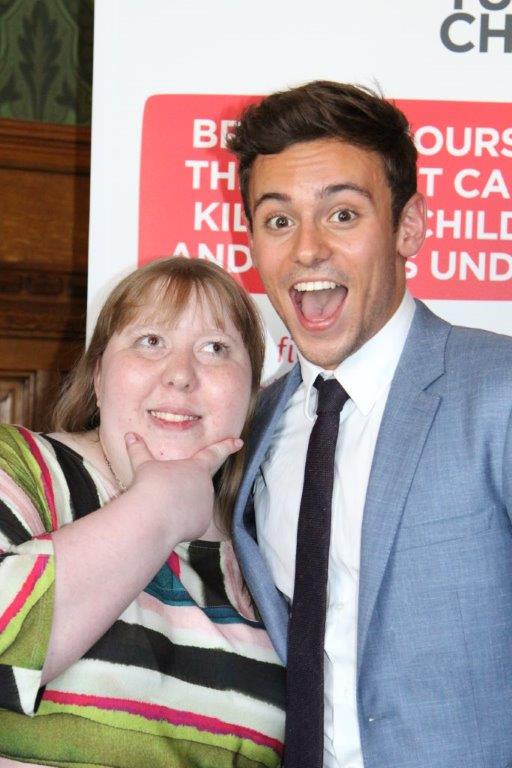 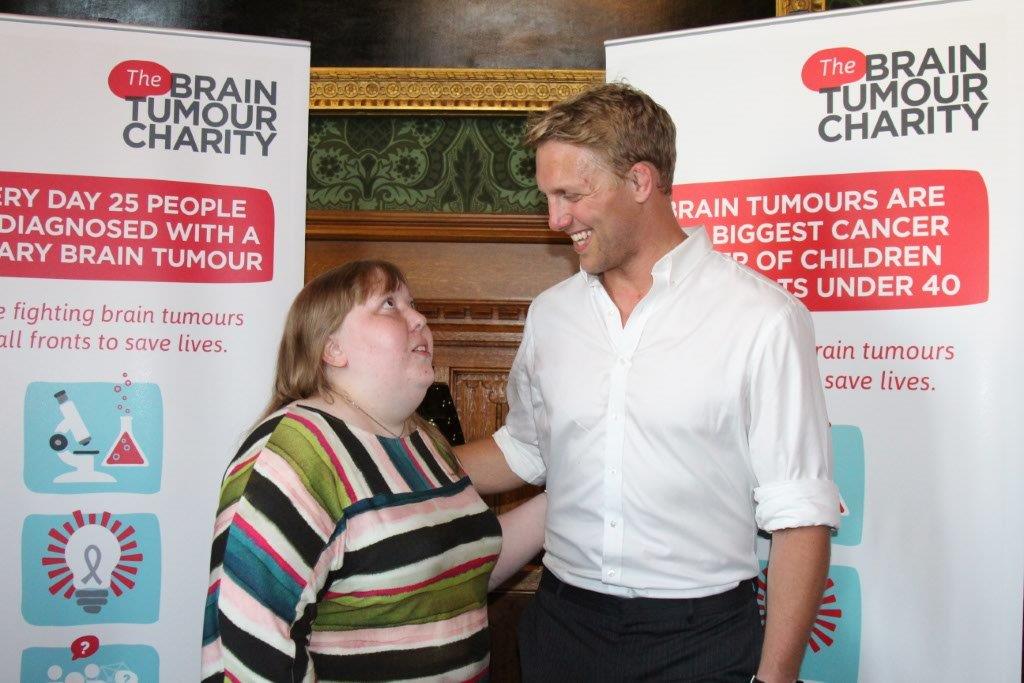 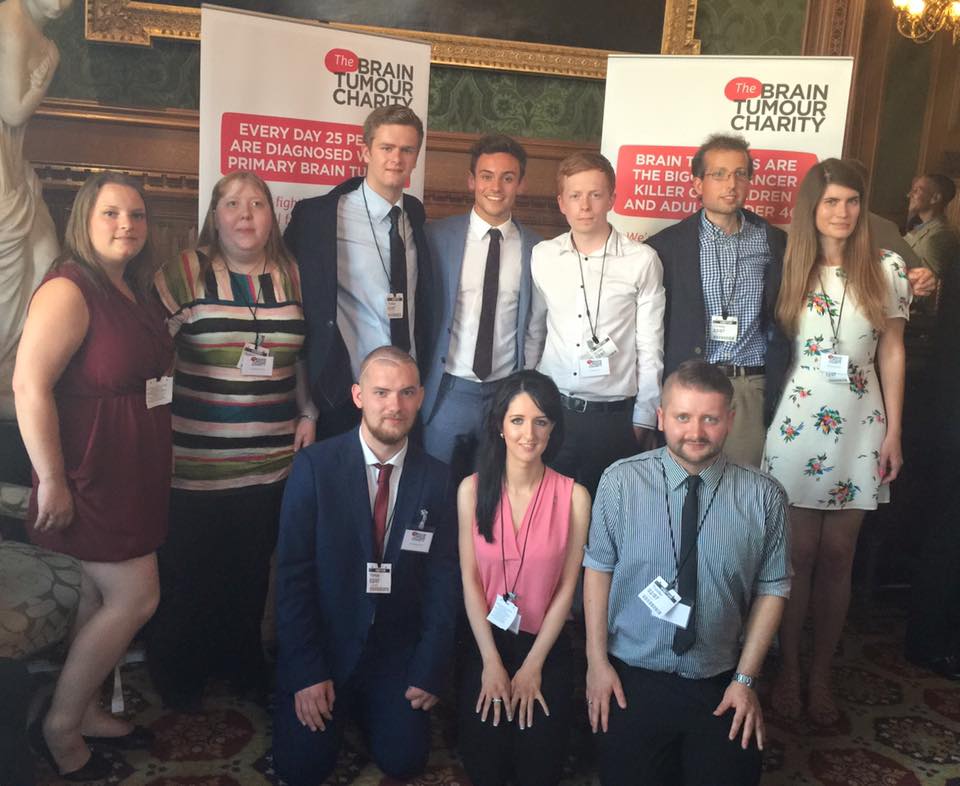