I recently took the time to look through all the supporter groups on the Brain Tumour Charity Website, and it made for some very difficult reading. What struck me most, is that the vast majority are raising funds ‘in memory’ of a loved one, many of them children. With that in mind, I thought it might be nice to write an updated piece about my little girl, Alice. We have a supporter group, which we set up in 2007, a year after she was diagnosed with a brain tumour (a pilocytic astrocytoma) at the age of 3. Alice is now 11 years old, and is a happy, healthy little girl, who has dealt with her situation remarkably well.

It’s fair to say that, hard as I try, I haven’t managed to do this any where near as well as she has. Sometimes it’s still very difficult to think about the night we found out what was wrong with her. I remember very little about the ambulance journey from Middlesbrough to Newcastle, but clearly recall seeing the hospital signs for ‘paediatric oncology’ and thinking how wrong it was that those two words should ever need to go together. The memory of those first few days, desperate to know that she would live, begging for scraps of good news, often still catches me off guard at random moments, and overwhelms me. I don’t suppose that will ever go away. Nor will the fact that I am unashamedly neurotic about her health. But I thought I’d share with you where we are now, 8 and a half years down the line, in the hope that families who are just starting out on their journey will take comfort from the knowledge that many children can go through this process and emerge well and happy. 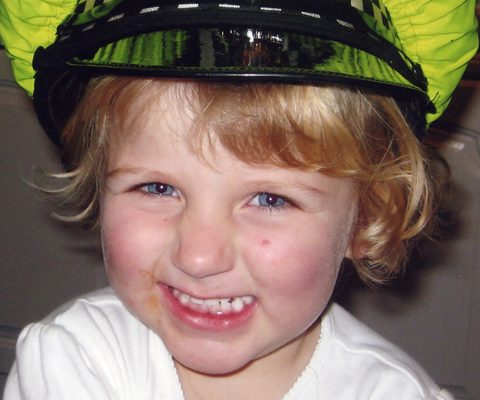 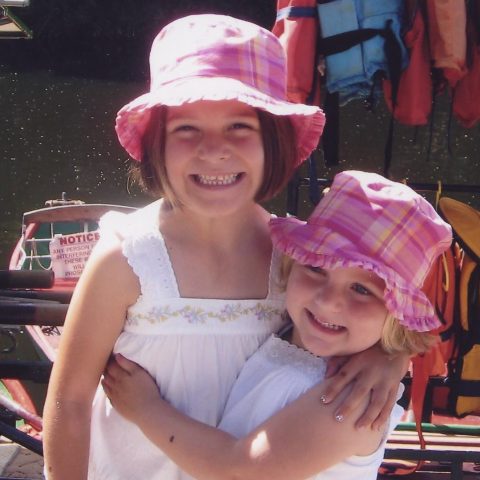 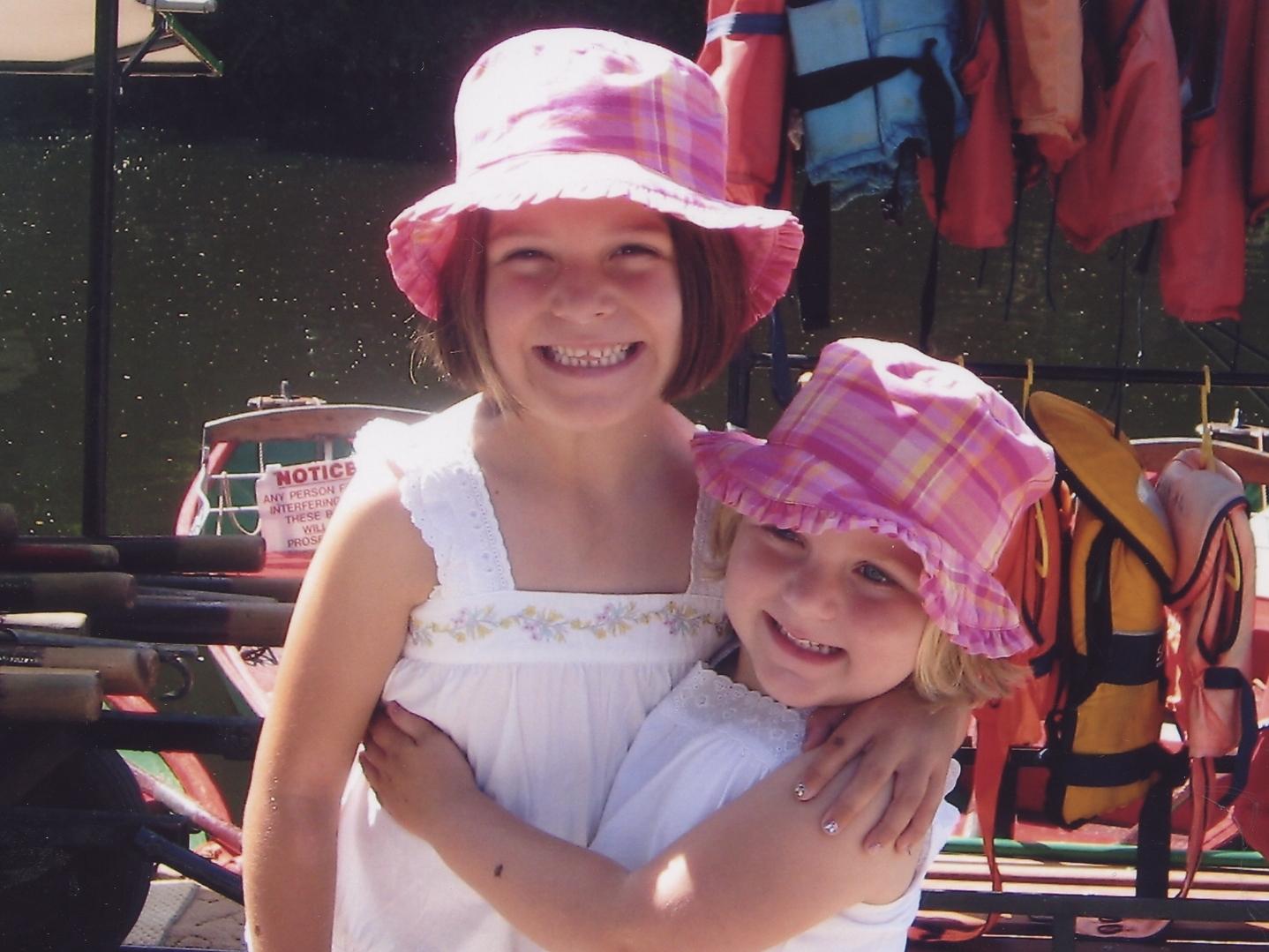 The early months and years following Alice’s diagnosis became for me, a matter of getting from one MRI scan to the next with a good result. The small piece of tumour that was too close to her brain stem for the neurosurgeon to remove has been closely monitored for any signs of regrowth. If it was ever to increase in size, they told us, they would try to keep cutting it back until she reached the age of 8, because the alternative treatment was radiotherapy, which would destroy all the healthy brain cells in its path and leave a lasting effect on Alice. By the age of 8, they said, the brain is sufficiently developed for this to be much less of a problem. It seems ridiculously cruel now, but I asked her consultant to give her it anyway. Her life was more important than anything else to me at that point, and I selfishly put my need for reassurance above her need for a normal life. Thankfully, her consultant was having none of it. She insisted that Alice stood an excellent chance of staying well, and if the tumour was ever to grow, they would deal with it.

Gradually her scans were moved from three monthly to six monthly, and then eventually to yearly. From the age of 7, she has bravely undergone them without a general anaesthetic. Over time, the scans showed her brain appeared to be gradually moving back into a more normal position, and the large space where the tumour had been, began to close up. Best of all, the small remaining piece of tumour shrivelled up and became so tiny it is now almost impossible to detect.

We were told from the very beginning, that Alice would stay under the oncology team for 10 years, and if there had been no regrowth in that time, they would consider her completely clear and probably discharge her. I’ve always been unsure about how I would feel about that, but have tried to focus on the fact that it would be a positive thing, and I didn’t think we would have to think about it just yet. However, we attended for a scan recently, and it seems we might have to consider it earlier than I’d planned. Her consultant is retiring, and feels that rather than handing Alice over to somebody new, who would effectively only meet her for one scan, they are considering discharging her a year early. Apparently, in cases like hers, where there has been absolutely no sign of any regrowth whatsoever, they sometimes discharge these children after 8 or 9 years. To be honest, one look at my face must have told her that I wasn’t ready to hear that, but she said it was something for us to think about over the next 12 months. I’ve cried a lot since that appointment. I have such mixed feelings and I don’t really know why. I know in my heart that they would never consider discharging her if they were at all concerned, but I feel unprepared. However, I also know that there will never be a right time for me to accept that she no longer needs to be monitored. An annual scan and a chat to her consultant is a huge reassurance for me that everything is ok. As is the fact that when Alice gets a run of headaches, as she sometimes does, her consultant is happy to chat about them over the telephone.

I tend to look back at our life events in 2 phases; before Alice’s illness and after, even if it’s something totally unconnected. I think once we are discharged there will be a third phase; learning to live without the background presence of the oncology team, providing a quiet reassurance that all is well. No doubt Alice will embrace this as the positive that it is, in her usual quiet manner, and I will try to take my lead from her. Not least because of all the other families we still see at clinic who long for the day that they are in our position, and heart-breakingly, because of those children who were not as lucky as Alice.

So our current situation is very positive. I am thankful every single day that Alice is not only well, but a happy, kind, sensitive and very loving little girl. She is doing well at school, enjoys playing out with her friends, having sleepovers, and appears to be developing a love for the theatre. Anyone who meets her for the first time these days is none the wiser to the fact that she was ever ill.

If anyone was to ask me what going through this experience has taught me, it is to never take anything for granted. Working as an emergency nurse and then as a paramedic for over 20 years, you’d think I would have known that already. But until that day in July 2006 I’d only ever dealt with other peoples’ life threatening situations. Then Alice’s illness crashed, uninvited, into our lives, and taught me that it really can happen to anyone.

I have sometimes found myself in a useful position to share my experience of Alice’s illness with those who can impact upon families like ours. My job has given me the opportunity to go into doctors surgeries on training days and talk about changes within the ambulance service. I have done this willingly, but on the proviso that 15 minutes or so of each session has been left free to discuss the signs and symptoms of brain tumours. Alice was diagnosed within about 2 months of her first symptoms, but this was not because our GP was particularly attentive. In fact, the opposite was true, and I was sent away more times than I care to remember. It was actually down to the fact that I worked alongside Emergency Department doctors who were prepared to listen to me and gave us the initial scan that I was so desperate for; A definite case of having some medical knowledge and knowing the right people. Upon meeting other families in our position, I found that most of them had waited far longer than we had for a diagnosis for their child, which encouraged me to put my experience to good use. Feedback from these surgeries has been very positive, and it has been nice to put something useful into the system.

I will be grateful every day of my life to Alice’s consultant, the neurosurgeon, anaesthetists, nurses, and all of the paediatric oncology team at The Great North Children’s Hospital in Newcastle. Without them I have no idea what our situation would be. Despite my medical career, I have yet to meet another team as amazing and as dedicated to ‘their children’ as they are.

To anyone in the early stages of this journey, my heart goes out to you. Everyone deals with a situation like this in their own way, but I would say that things got a little bit more bearable for me when I accepted that I had no control over the situation and I had to put my trust in Alice’s medical team and allow them to do what was right for her. They were always very honest, whatever the situation, and to this day I know I can have complete confidence in whatever they tell me, as they have never told me anything but the truth. I hope that you can look at Alice and see that things can turn out fine in the end. I’ll always worry about her but it is much more manageable these days. I’ll also never forget the early days when everything was uncertain, but I don’t always think that’s a bad thing. Remembering the worst of times has given me a sense of perspective on life that few people ever achieve.