Home » About Us » Who we are » Senior Leadership Team

We have an ambitious strategy: double survival within 10 years and halve the harm brain tumours have on quality of life within five years. Our Senior Leadership Team are responsible for shaping our goals and ensuring we achieve them.

For more information about our Senior Leadership Team, including more about their role and how they’re helping us achieve our goals, click each team member below. 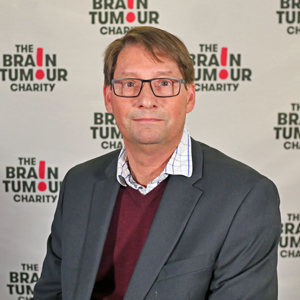 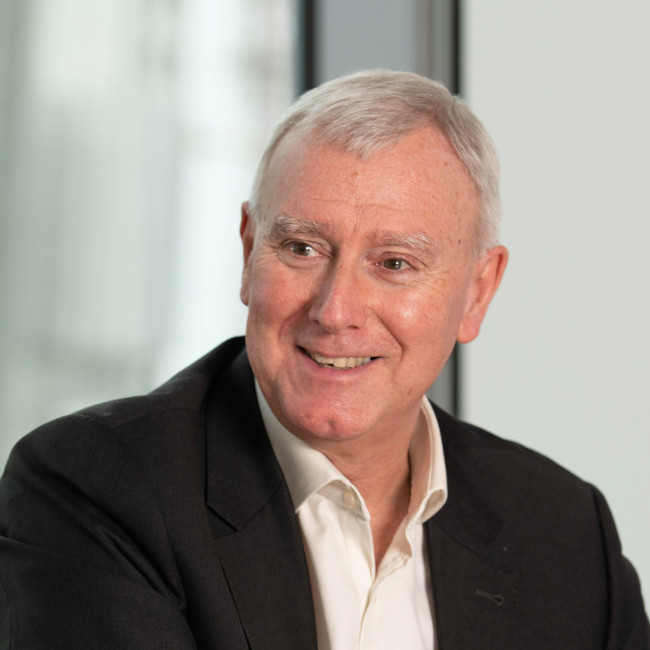 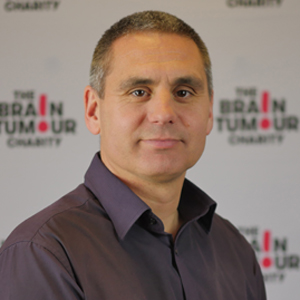 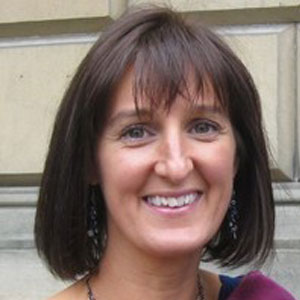 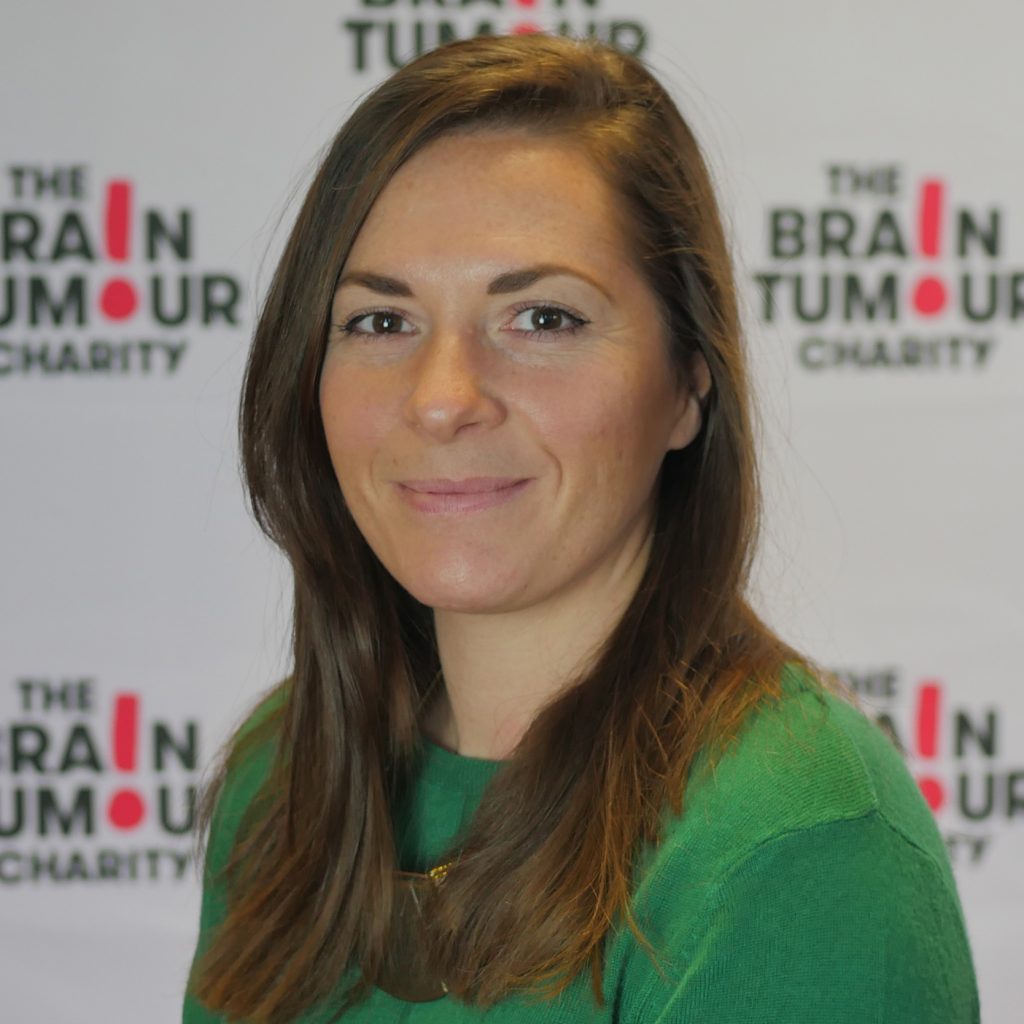 Director of Services and Digital Health 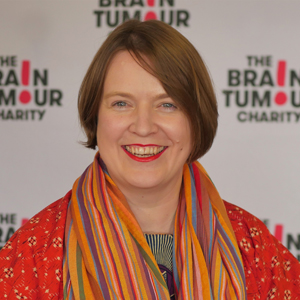 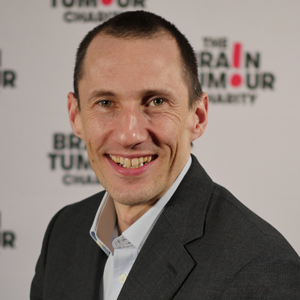 I am a qualified chartered accountant and, following over 25 years in senior finance roles at companies such as Cable and Wireless and Reuters, I was most recently Vice President and Director of Finance for Micro Focus International Plc, a FTSE 100 company, for 12 years until I retired in 2020.

I first became involved as a trustee of our legacy charity, the Samantha Dickson Brain Tumour Trust, in 2003, determined to join the race to find a cure for this disease following the death of my 14-year-old son Michael from a glioblastoma in 2000. My wife Berendina and I have both been trustees since the earliest days of The Charity, and we are so proud to have been a part of growing the organisation from its humble beginnings, in the Dickson’s home in Hampshire, to what it is today – one of the world’s largest brain tumour charities with over £100 million raised for research and support.

It is a great honour to join the SLT as Interim CEO at this time, while recruitment is underway for a permanent successor, in order to help to continue driving the Charity forward at such an important moment as we move towards our new strategy. Before resigning from the Board of Trustees in order to take over as Interim CEO, I chaired the Audit Committee and was also a member of the Ethics & Governance and Remuneration sub-committees. As such, I hope I can bring not only my own personal experience and passion in memory of my son but a vast knowledge of The Charity, its aims and vision, its history and its purpose, to support the team to continue delivering such impact for so many people affected by this devastating disease. 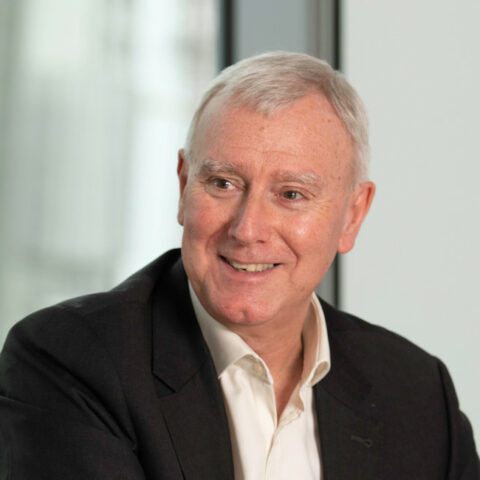 I enjoyed a career of 40 years with Lloyds Banking Group in a number of executive roles, before retiring from full-time work in 2016. I have since been a non-executive director for various companies, including a FTSE listed financial services business, where I chair the Customer, Culture & Ethics Committee, and a Life Assurance Mutual, as Vice Chair, Senior Independent Director, Chair of the Pension Funds and Remuneration Committee Chair.

Alongside this, I am also a consultant for a social purpose, B Corporation business that supports people to become trustees of voluntary and charity sector organisations. Until recently, I was Vice Chair of Trustees at The Brain Tumour Charity, having originally joined our legacy charity Brain Tumour UK back in 2010, which was a constituent of the merger in 2013 that formed The Charity as it exists today.

I have been married to Judy for 38 years, whose personal diagnosis of a brain tumour back in 2006 provided the impetus for me to get involved in accelerating a cure for this disease.

Having stepped down as Vice Chair and trustee to assist Graham as he assumes the Interim CEO role, I am really looking forward to supporting the team to help us continue towards our goals to double survival and halve the harm that brain tumours cause in the UK. 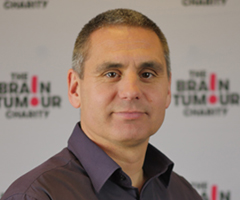 Science changes lives. A theory born and proved in a laboratory can have the most extraordinary impact, if the results are used effectively.

For me, studying biochemistry at university was the springboard to a career focused on developing better treatments for patients – partly by building partnerships between academic researchers and the pharmaceutical industry.

After completing a PhD at the University of London, I joined Cancer Research UK as a researcher before moving to a company exploring ways to use epigenetic factors to control tumour growth.

I went on to various roles at Cancer Research Technology, which was created to develop new and effective cancer therapies from some of the laboratory breakthroughs achieved by CRUK-funded scientists.

I’m a passionate believer in collaboration as the way to drive progress and during my time at CRT I introduced new ways to bring together business and universities.

Early diagnosis of cancer – a goal that’s key to so many people affected by a brain tumour – has also been a priority for me throughout my working life.

As Chief Scientific Officer for The Brain Tumour Charity, I can make a difference in so many ways that matter to the whole brain tumour community. It’s an opportunity I won’t waste. 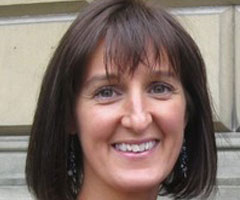 After a career spanning over 20 years’ in the global commercial world within the media and publishing environment, I joined The Brain Tumour Charity from Blind Veterans UK, where as Head of Income Generation I built a team from scratch to implement a new five-year growth strategy.

Introducing several new creative initiatives including DRTV and face-to-face fundraising, I was instrumental in growing the income by £2.8m in 2 years (from £25.3 to £28.1m) and ensured the first two quarters of 2020 were the charity’s most successful for fundraising in the last five years.

Previous to this role, I held a number of significant posts in the publishing sector, including Global Marketing Director for Taylor and Francis as part of their senior executive team.

My role as The Brain Tumour Charity’s Director of Fundraising and Marketing has a remit to lead and grow primarily digital-first fundraising and marketing teams in order to raise money and awareness. These teams span all areas of supporter engagement including trusts and foundations, legacies, corporate partnerships, philanthropy, special events and challenges,

It is a shock to many people when they discover that brain tumours are the biggest cancer killer of children and adults under the age of 40.

The ambition of The Charity to double survival and halve the harm that brain tumours cause, and the unapologetic speed with which they want to achieve these aims, is inspirational, and I am looking forward to harnessing this passion and drive of the team to generate the awareness and income that this disease deserves. 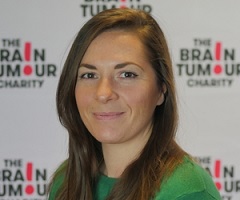 I’m a CIPD qualified and experienced senior HR generalist, who’s passionate about creating an engaged, happy and healthy team and an inclusive work environment that enables people to thrive, achieve their full potential and perform brilliantly.

I joined The Brain Tumour Charity in 2016, moved by the cause and motivated by The Charity’s clear vision, ambitious goals, measurable impact and inspiring and empowering values-led culture.

The Charity has grown so quickly and I have had the privilege of being part of that journey, helping to build a talented team of passionate, smart and collaborative pioneers – a team who are committed to making a difference for our community and who are shaping the future of what we do, moving us further and faster towards a world where brain tumours are defeated.

Prior to joining The Charity, I held senior HR roles in hospitality, global security and risk management and healthcare. 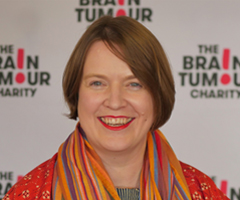 Thousands of people every year have their lives turned upside down by a brain tumour diagnosis. My job is to make sure The Brain Tumour Charity is here to support each and every one of them in the most effective way, whenever and however they turn to us.

That means embracing digital technology without abandoning our personal approach, which is obviously easier said than done – but we embrace a challenge

I came to The Brain Tumour Charity from Age UK, where we harnessed technology to transform and expand the charity’s services, resulting a huge increase in the number of older people and families accessing support (and six awards!).

No-one can deliver that kind of change on their own or without listening to and empowering the people who matter most – the ones who need and use support services.

I’ve always been a passionate advocate of collaboration and the importance of inspiring a community to deliver a shared goal, whether that’s in the charity sector or at the commercial organisations where I’ve had senior roles, including eBay, Guardian Media Group and the Financial Times.

More than anything, I’m a problem-solver. Show me an obstacle to better-quality services and I’ll find a way through it or around it. 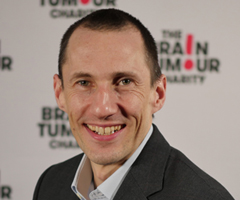 I joined The Brain Tumour Charity because it has set unashamedly ambitious goals of doubling survival and halving the harm caused by brain tumours. Furthermore, it goes about achieving those aims by challenging everyone to be the best they can be and making the charity as effective as possible.

I’m a Chartered Accountant with over twenty years’ experience in industry, most recently leading finance for a $1.5 billion turnover global electronics distributor through a business transformation.

Transformation is a crucial aspect for all organisations these days, as technology accelerates the rate of change, and managing that process requires skill and judgement. I’m keen to play my part in the journey of driving the transformation in the treatment and care of those with Brain Tumours.

I love the challenge of working with a great team to do amazing things, which is why the opportunity to join The Brain Tumour Charity was one I couldn’t refuse.

We’ve been recognised as Charity of the Year 2018 for our pioneering approach, innovative research solutions and, above all, our community-centred approach to everything we do.