My brother Chris was 33 years old when he was diagnosed in December 2012 with a grade 4 malignant extremely rare brain tumour Leptomeningeal Gliomatosis.

Until this point Chris had never been ill, he was very fit and lived a very healthy lifestyle. He loved travelling and music, he wrote his own material and played guitar, mandolin and ukulele. He worked hard and played hard, never wasting a moment. Chris loved adventure sports, especially kite boarding. He enjoyed running, snowboarding, cycling and gym sessions; he even did a sky dive during his time living in New Zealand but remarked it wasn’t the best buzz in the world! His one true love though was fixing up VW Golf mark 2’s!! What he didn’t know about them wasn’t worth knowing!

He loved walking his dog who he called his “furry girlfriend!”Chris had just started a new job and was enjoying life.

He was tested for everything

In September Chris had been complaining of feeling unwell with headaches and a stiff neck, the symptoms came and went and Chris put it down to the amount of driving he was doing and the possibility of an old injury to his neck returning. Painkillers didn’t help. At the beginning of October Chris drove to Ireland to complete some work, the headaches became more severe and persistent and he took himself to A & E where he was given more painkillers. When he returned to England nine days later his GP sent him for a CT scan, on the 9th October, and the results of this showed no problems and Chris was discharged.

We wanted to do something positive and, with an amazing set of friends, various activities will take place to raise funds in Chris’s memory, some challenging, enjoyable, and fun, all in aid of the very worthwhile cause, The Brain Tumour Charity.

During the days that followed he started vomiting and his eyes became sensitive to the light, his left eye began to turn inwards, he became disorientated and lost his appetite, finding it difficult to swallow.

On the 21st October an ambulance was called and Chris had an x-ray on his neck, once again he was discharged from hospital as the results of this showed nothing wrong with his neck, at this point Chris could hardly walk and was dizzy, a friend collected him and took him home.

Sometimes Chris said he felt okay and would chat to his friends on the phone but at night times he couldn’t sleep and he started hallucinating. In the mornings he would struggle to remember the day before. He gradually became more and more confused.

On the 25th October, Mum called out the GP, Chris was not responsive and he no longer recognised Mum, his whole body was twitching and he was rambling and not making any sense. He couldn’t walk and was hallucinating. He was admitted to the Royal Lancaster Infirmary, they immediately started treatment for Meningitis. Blood samples indicated an infection of the Central Nervous System.

The next day Chris was transferred to intensive care and was put on a ventilator, he had developed a chest infection.

Various tests, X-rays, Lumbar punctures and blood samples all came back negative, he was tested for everything and we were no nearer to finding an answer.

Three days after being admitted to hospital Chris asked me to turn off the light, after that he could no longer see and he had gone blind.

He never once complained

On the 30th October Chris was transferred to the Royal Preston Hospital, to critical care, still sedated on the ventilator.

Further Lumbar punctures revealed high protein and Chris’s blood pressure was extremely high, Dr’s suspected TB Meningitis and sent off blood samples to culture, we were told we would know the results in eight weeks time.

On the 2nd November an MRI scan suggested the covering of the brain was irritated and inflamed.The next day Chris was taken off the ventilator and although he couldn’t see he was chatty and bright, he wanted us to bring his guitar in so he could play it and he promised to play it at a respectable hour! But he was still hallucinating; he thought he had been rebuilt and made of apple, we had to reassure him daily about his terrifying hallucinations.

Doctors and Specialists were still convinced Chris had TB and continued on with medication that Chris had an allergic reaction to.

Throughout his illness, Chris was bothered by the left side of his neck, scratching it until he made it so sore.

It was so distressing to see Chris deteriorate before our eyes and to see a 33 year old young man suffer the indignities of incontinence and total blindness. Despite these difficulties he never once complained about his condition. The only comments he made were funny.

Chris had periods where he was lucid and he would say the most remarkable things, one particular conversation was when Chris said, “If brains were rice, the world would be starving”

Chris spent a total of 50 days in hospital, undergoing tests and scans every day and every day we hoped and prayed for a miracle, travelling daily to the hospital. Chris had two biopsies, the first, on his head, was unsuccessful. The second one from his neck revealed the worst possible news ever and confirmed our fears. On the 10th December we were told Chris had cancer.

On the 14th December Chris left hospital to spend his remaining days in the St John’s Hospice in Lancaster, he passed away on the 19th December at 5.15am.

Chris will be remembered for his quick wit and large sense of humour; he touched the lives of many around the world and was known as someone you could rely on, he was always there for others. 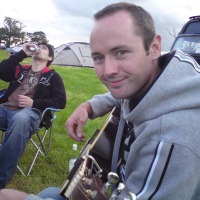 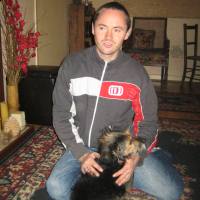 He will never be forgotten, mum and I have set up a fund in Christian’s memory in association with The Brain Tumour Charity to raise money to try to find a cure for this horrible disease.

His remaining tumour tissue has been donated for the research of brain and spinal tumour diagnosis and treatment.

We wanted to do something positive and, with an amazing set of friends, various activities will take place to raise funds in Chris’s memory, some challenging, enjoyable, and fun, all in aid of the very worthwhile cause, The Brain Tumour Charity.

Thank you taking the time to read our story.