Leanne passed away on the 2nd October 2012 with a Metastatic Carcinoma aged 32.

She began developing mild headaches in February 2012 which got worse around May, and she also felt a lot of pressure behind her nose which was diagnosed as sinus problems. This continued for several weeks and her vision became worse, and she went back to her doctors who told her to have an eye test in a couple of days if it continued.

On the 14th June she had an eye test and was sent straight to the eye clinic at the local hospital where she was admitted and told she needed an MRI scan. The following morning (Friday) she went for the scan and we were told she had a tumour. They explained they could try and shrink it with a tablet first and if not would have to operate. She was given the tablet and on the Saturday morning she woke up blind in the right eye. She was taken for a scan at 6.30am and was then transferred by emergency ambulance to Salford Royal Hospital.

Leanne was operated on by going in through her nose. After 6 hours, Dr Gnanalingham said he was unable to get the tumour out as it was not the tumour he first though it was – a pituitary gland tumour. He said once he got to the tumour she began to bleed and so he had to control the bleeding for 3 hours and postpone the operation until he had a full team (it was a Saturday). The following Monday she again went for her operation, this time over the eyebrow. After 8 hours he came back to us and told us he had got most of the tumour but was unable to get it all and this could possibly be treated with radiotherapy.

Two weeks after her operation she had another MRI scan which revealed the tumour had grown back to the size it was before the operation. She was also given the news from the biopsy that it was cancerous and very aggressive so they would start radiotherapy in two weeks. Leanne had been to Christies Hospital to have her mask fitted, when the sight in her left eye began to deteriorate. Her treatment was moved forward and she underwent her 6 weeks’ treatment and was looking and feeling really positive.

When the treatment finished Leanne went on a family holiday with her husband and 3 children to Filey, West Yorkshire. After a couple of days she began to get neck pain and thought it was through change of bed or pillows. She continued to be tired but there no other changes. When she got back she continued to complain of neck pain and had limited movement. We eventually called the doctor who said she had a water infection and was to be admitted. On seeing her I was distraught; she was very swollen around the neck, her face resembled the sight of a stroke and looked like she was unable to control her face muscles. She was in hospital for a week and had an MRI scan. The doctor said they thought the cancer may have spread into the CSF fluid but they would only be certain if they did a lumbar puncture. This is an intrusive procedure and Leanne decided not to have it done fearing that if the cancer had spread she wasn’t sure she wanted to know.

Leanne was discharged from hospital and told they had an appointment for her two days later at Salford Royal to discuss her results. On the 20th September she went for her appointment and we were told the devastating news that it was terminal.

Leanne had a Metastatic Carcinoma and was told she had a matter of months not years. They could see two or three areas it had gone to but they wanted to do a lumbar puncture to be certain. They could possibly offer some treatment but this would only give her a few more months. At this point Leanne decided to do some of the things she wanted to do; she planned her daughter’s christening for the 30th September, she wanted to bring her son’s birthdays forward and go to see the Blackpool lights.

They booked the lumbar puncture for 28th September 2012. Leanne had deteriorated and was finding it really difficult to get out of bed, but we managed to get her to the appointment. I overheard doctors discussing her as they stood outside the room and one said that she was bleeding chronically into the CSF fluid. My sister told me afterwards they had done the procedure three times. She returned home awaiting the results.

On 30th September she was unable to get out of bed and it was noticed she was slurring her words. The doctor was called and he rang an ambulance. As this was the day of her daughter’s christening, most of the family members continued as requested. I visited her later that afternoon and informed the nurse there that I wasn’t happy with how things were going. I explained about what I heard on the Friday when she had a lumbar puncture and I asked if we were looking at palliative care then we needed to know.

“Throughout her illness Leanne tried her best to protect those closest to her and never spoke much of how she was feeling, but ensured everyone else was ok. Leanne was a fantastic mother to Thomas, 8, Sam, 5, and Kaitlin 18 months old and will be sadly missed by all”

I later received a voicemail message requesting family members to go back to the hospital; they informed us in his words “she is nearing the end of her life now”. They said it had spread into the meninges part of the brain and Leanne was developing symptoms similar to meningitis. They said they wanted to contact Christies Hospital in the morning and possibly could still offer some treatment that may give her a few more weeks. The following morning they told us they could not offer any treatment as she was too poorly and we were looking at palliative care.

Leanne came home on Monday 1st October 2012 at 9.00pm and passed away at 12.15pm the following day surrounded by her loving family. Throughout her illness Leanne tried her best to protect those closest to her and never spoke much of how she was feeling, but ensured everyone else was ok. Leanne was a fantastic mother to Thomas, 8, Sam, 5, and Kaitlin 18 months old and will be sadly missed by all.

As I have said, things progressed very quickly and we didn’t have all the answers.

Following a meeting on the 15th August with her consultant Dr Rao Gattamaneni, we now know Leanne died of a Pituitary Gland Tumour (metastatic Carcinoma is the terminology for the spread of cancer).

Dr Rao informed us that 99.9% of these tumours are benign and he had only seen one other in his 25 years but Leanne’s was more aggressive and he and his colleagues may never see this type again in their career. The section that states Leanne had a lumbar puncture and I overheard the Dr’s conversation, we have now been informed of the outcome of the results, which was Leanne had 58,950 blood cells in her CSF fluid, I asked how many we should have and he said none maybe 1 or 2, this meant that Leanne was haemorrhaging. He informed us that the Radiotherapy had got 90% of the tumour but that the other 10% had spread. He said the appointment on the 20th September where she was informed it was terminal, the scan results showed it had gone into the meninges part of the brain.

I asked Dr Rao if the biopsy taken from Leanne would still be used for research and he said yes, which we were pleased about. He said Leanne was a unique case and the Dr’s who were involved would never forget her. This was comforting to hear. 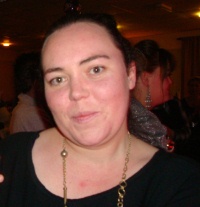