We’re urgently seeking donations to fund ground-breaking research – a first-of-its-kind clinical trial in the UK to investigate cannabinoids as a treatment for people with recurrent glioblastoma (GBM).

We have been informed that recruitment to the ARISTOCRAT trial will unfortunately be slightly delayed due to ongoing contract negotiations between manufacturer GW Pharma and the University of Birmingham, which is co-ordinating the trial. While we are disappointed that access to the trial – initially due to open in March 2022 – has been slightly delayed, minor delays like this are common and the University hopes to be able to resolve these challenges soon and to be able to open the trial by the summer. For further information about the trial, please contact aristocrat@trials.bham.ac.uk or support@thebraintumourcharity.org .

Preliminary studies from the lab suggest that cannabinoid chemicals THC and CBD can stop GBM cells from growing, causing them to die and disrupting the blood supply to the tumour cells. And earlier this year, an early-stage trial in the clinic suggested that adding a specific blend of these chemicals – in the form of a drug called Sativex – to chemotherapy could potentially help treat recurrent GBMs more effectively.

We’re reaching out to all you individual heroes and supporters to help fund a major trial here in the UK to assess whether this drug could give patients more time to live. We’re poised to start the trial as early as December, but we need your help to raise the much-needed funds before it can start.

If the outcome of this trial is positive, it could pave the way to a new treatment option that could give people with recurrent GBM precious extra time with their loved ones.

By donating, you are as important a member of the trial team as the researchers and staff who’ll work together on this research. We’re so grateful to have you on our side! Share your passion for accelerating change with your friends and family by updating your social media profile picture with our new frame.

Hear from our community

Watch the videos below to hear from members of our community who’ve been affected by a GBM diagnosis, including Stephen, who was involved in preliminary research into cannabinoid treatments. 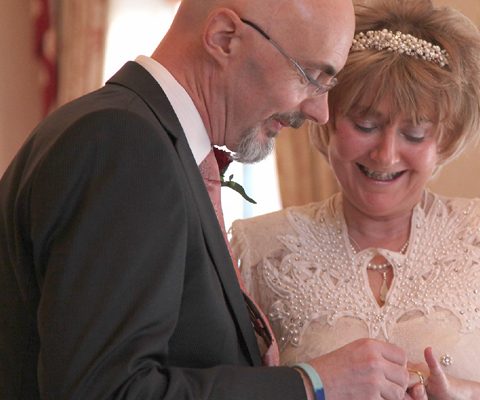 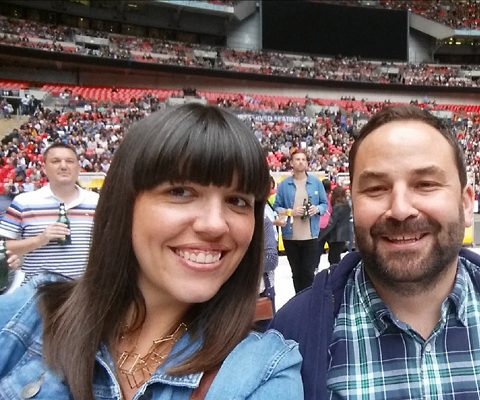 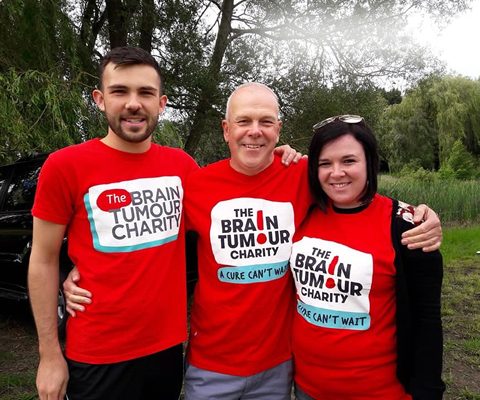 Want to find out more about the trial? Visit the research grant page.

Want to find out more about cannabinoids and cannabis-based medicines? Visit our information and support page on cannabinoids.

We’ve also answered some of your frequently asked questions below.

If, for any reason, the cannabinoid trial cannot go ahead as planned or excess funds are raised, the funds will be invested into research into brain tumours wherever the need is greatest.

Sativex (nabiximols) is a Class B controlled drug that can be prescribed legally in the UK by specialist doctors in certain circumstances for medicinal use. Aside from within this clinical trial setting, it is already licensed for use on the NHS as a treatment for certain patients with multiple sclerosis.

Cannabis itself and cannabis oil are also classified as class B drugs in the UK because they contain the component THC. It is illegal to possess or supply them. However, since 1 November 2018, cannabis-based products for medicinal use have been available in the UK in certain circumstances only.

CBD oil is different from cannabis oil because it does not contain THC. It is currently legal in the UK – as long as it has been produced from an EU-approved strain of hemp and as long as it is marketed as a food supplement without any medicinal claims. You can buy it in many high street health food shops.

You can read more about the difference between cannabis, cannabis oil and CBD oil here.

Not yet. Most of the research to date has been done on cells in the lab, with some evidence suggesting that cannabis-derived compounds can kill glioma tumour cells and that they may be effective when given alongside temozolomide chemotherapy.

Earlier this year, Professor Susan Short led a small study where researchers assessed cannabis-based drug Sativex (given through an oral spray) for patients whose glioblastoma tumours had grown back after initial therapy. They used this alongside temozolomide chemotherapy and showed that it was feasible to give this treatment combination and that it could be tolerated by patients.

We now urgently want to drive forward a larger trial, also led by Professor Short, to test whether this combined treatment could treat recurrent glioblastomas more effectively than temozolomide alone.

The trial aims to compare the effects of temozolomide plus a cannabis-based drug (Sativex) against temozolomide with a placebo (non-active drug) to see if patients treated with Sativex plus temozolomide live longer. It will also assess how patients feel on the treatment and how it affects their quality of life.

When centres are open for recruitment your treating oncologist will be aware of the study if it is open in your hospital, or they can refer you to a treating centre if necessary. The centres that currently plan to participate in the trial are listed below, though they won’t all be opening at once:

Trial participants must be over 16 years old and have an MGMT promotor methylated, IDH wild type (WT) GBM which has recurred for the first time. There are additional inclusion and exclusion criteria for the trial which your treating oncologist should be able to discuss with you.

The trial will take around three years to reach the point where it has recruited and followed up enough patients to give conclusive results about the effects of adding Sativex to temozolomide.

No, this drug is not licensed for treating brain tumours and so is not available outside the trial.

While we don’t yet know whether cannabinoids can help treat brain tumours, the cannabis-based drug Nabilone can be legally prescribed to help relieve symptoms such as chemotherapy-induced nausea and vomiting. You can read more about this here.