Sadly Alfie passed away 2 June 2014. Written by his loving family before his death.

Alfie is our amazing 6 years old Son. He is a beautiful soul, and always has a big smile for everyone that he meets. Alfie is very musical, and enjoys playing the drums and guitar, as well as singing at the top of his voice. When asked what he wants to be when he grows up, Alfie replies “I want to be a rock star.” 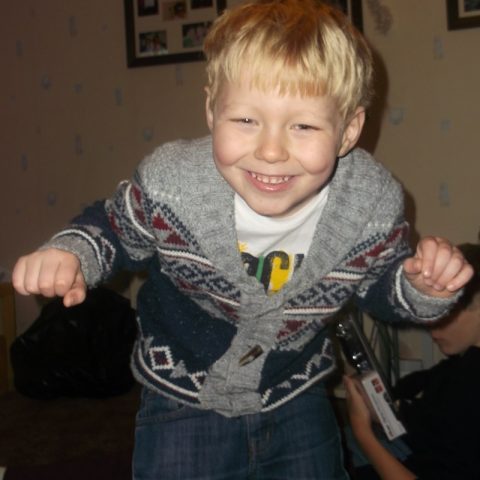 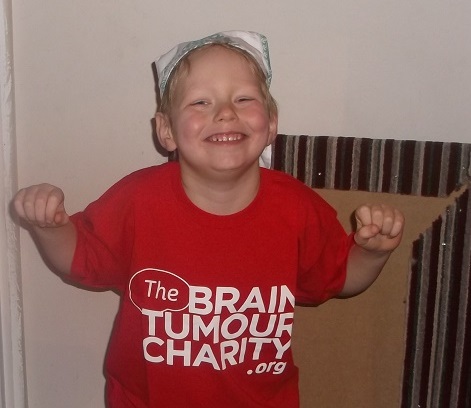 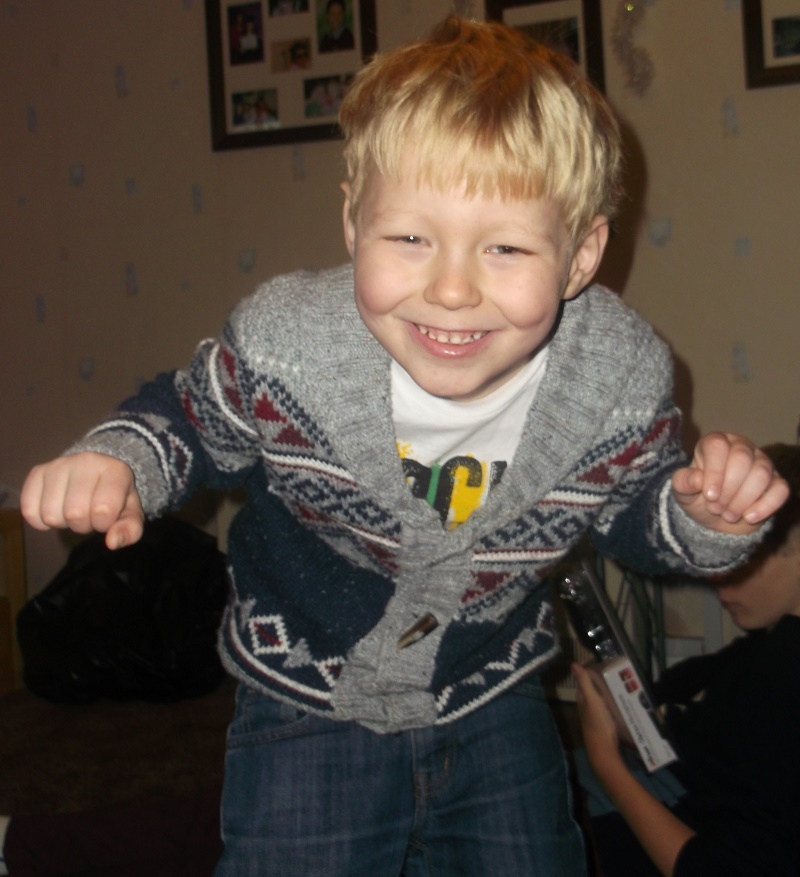 He is a beautiful soul, and always has a big smile for everyone that he meets.

At the start of 2013, Alfie began having a difficult sleep routine, he would wake up screaming in the early hours of the morning and not go back to sleep. This meant that he would be extremely tired during the day.

The disturbed sleep was not normal for Alfie, and in April 2013, we met with his pediatrician, who advised us to contact sleep solutions. While in our meeting with the pediatrician, she picked up on Alfie’s unusual eye contact. Alfie had recently started staring sideways when looking at people, and as his eye test had shown perfect results, we had no idea why. Once again Alfie was referred for further assessment.

By the end of June 2013, Alfie was falling asleep at school and at home, which we initially put down to the lack of sleep at night time. However this very quickly became worse, Alfie started being very clumsy and wanted to be carried everywhere as he was too tired to walk. In the space of a week, Alfie was dribbling, slurring his speech, unsteady on his feet and could not coordinate his actions, for example eating (fork to mouth) and putting pen to paper.

We took Alfie to the GP who thought a lot of it was due to tiredness, and suspected Alfie could have a condition called Dyspraxia. The GP referred Alfie back to his pediatrician.

However the next day, on the 12th July 2013, Alfie had a seizure at school. We took him straight to hospital, where he seemed dazed and just sat staring into space. Alfie was admitted on to the children’s ward. We told the Doctor all about Alfie’s symptoms, and you could see one side of his face appeared drooped. The Doctor asked Alfie to walk and noticed how he was very unbalanced and dribbling. His speech was also slurred. Alfie was examined and had blood work done. At 8.50pm, Alfie was discharged from hospital, the Doctor said he would need to come back in for an MRI Scan, but until then he believed he was well enough to go home.

Alfie and his family 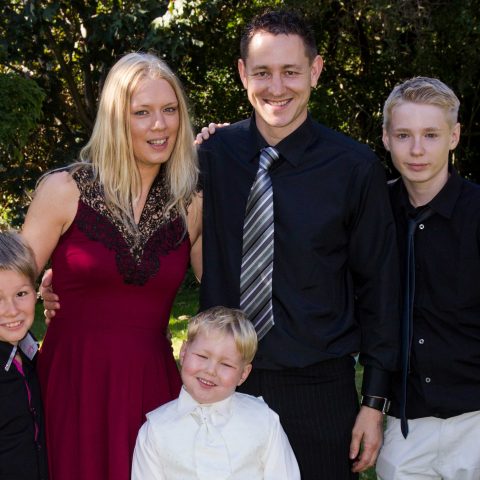 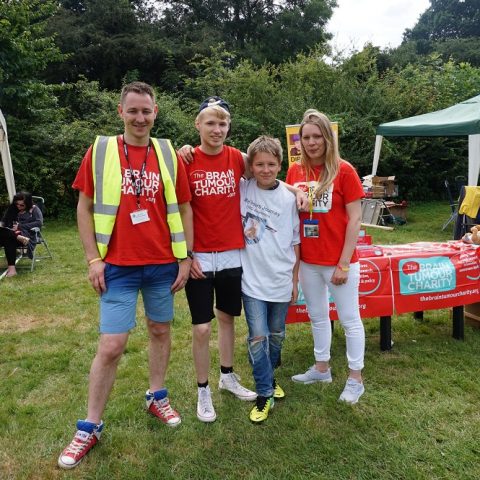 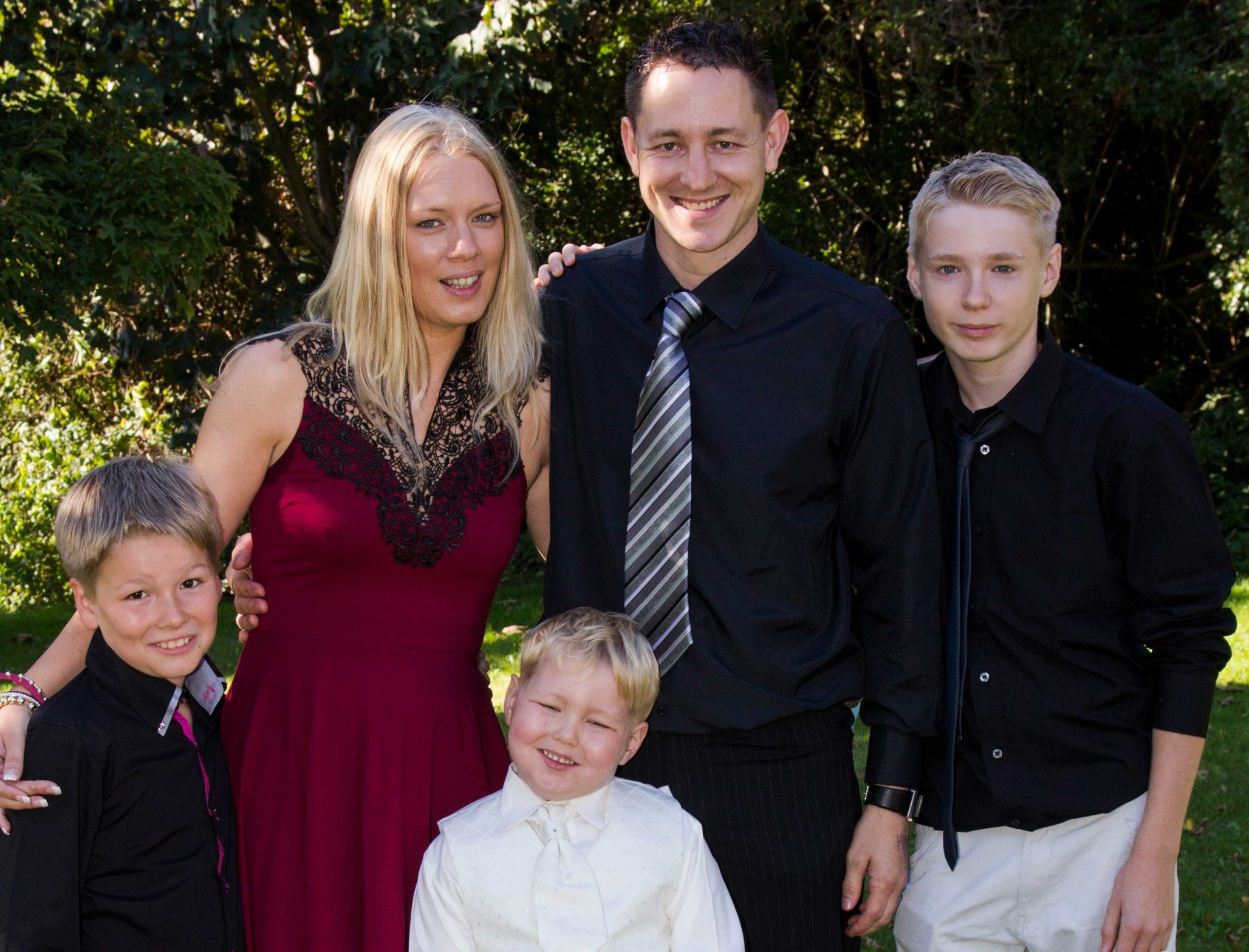 By the 15th July 2013, Alfie had got progressively worse. We took him back to the ward and begged that an MRI be done immediately. An hour later, Alfie was on his way down for an MRI. While sat with Alfie, a Consultant came in to speak to us. The look on her face told us that it was not good news. That was the day our whole world came crashing down, the day we were told our precious little boy had a brain tumour.

Alfie was given Dexamethasone (steroids to relieve any swelling and pressure to the brain caused by the tumour) and he had to be blue lighted to Oxford hospital immediately. We remember him being excited about going in a real ‘Nee-Narr’ which he likes to call any vehicle with a blue light.

The next day in Oxford, he was soon taken down for another MRI scan, and at around 10.30am, we was met by two Consultants and a Neurosurgeon who delivered the news that our little Alfie bear had an inoperable and incurable tumour of the brainstem, known as Diffuse Intrinsic Pontine Glioma (DIPG).

We were told to enjoy our time with Alfie, as he had anything from a few weeks up to a few months left with us. However 8 months later he is still fighting. The support and care Alfie and us, have received from DR Shaun Wilson and the staff at John Radcliffe hospital, as well as DR Bindu Koodyedath at NGH has been amazing.

Alfie started hypo-fractioned radiotherapy in August. We are so proud of how Alfie coped with his treatment; he continues to amaze us with the strength and bravery that he shows every day. Alfie’s symptoms practically disappeared after his radiation.

On January 22nd, Alfie had another MRI scan and the results were ‘remarkable’. The scan showed that the tumour was slightly smaller following the radiation. Alfie’s consultant was pleased with his progress, and the fact that his symptoms had not returned.

Unfortunately by the end of March 2014, Alfie started experiencing problems with his eyes, this was shortly followed by wobbling when walking and slurring of his words. We took Alfie straight back to NGH where they performed a CT scan. We were told that it looks like Alfie has had a small bleed, bleeding into the tumour. We then went back to John Radcliffe where they took Alfie down for another MRI scan. A few days later we were told the heart breaking news that the tumour has grown and is waking up.

We were shocked to learn that DIPG has a 0% survival rate and equally as shocked when we found that over £500 million a year is spent on cancer research in the UK, and less than 2% of this goes towards brain tumour research. We desperately wanted to help raise awareness of childhood brain tumours, DIPG in particular, and help raise funds towards the research into these tumours, in the hope that one day a cure will be found and other children and their families do not have to hear such a poor prognosis. We choose to support The Brain Tumour Charity because they do an amazing job in funding cutting edge research to find a cure for brain tumours, as well as raising awareness and providing support to those affected.

Another reason we choose this charity is because they are very active in raising awareness of symptoms and diagnosis times of childhood brain tumours in the UK. We know only too well how important this is, and believe that there is not enough awareness available to parents or surgeries in a lot of areas. HeadSmart very kindly sent us lots of symptom cards for Alfie’s primary school and local surgery not long after his diagnosis.

Thank you for your support