Alfie was born at Luton and Dunstable Hospital on 9th January 2007. After a long, 36-hour labour he was eventually delivered by emergency ventouse. He was a healthy boy weighing 7lbs 4oz.

For the first 3 months Alfie led a completely normal life and brought endless amounts of joy to all who met him.

At the beginning of April, Alfie’s head started to lean to one side, he started to get a mild flattening on one side of his head and his movements were different between his right and left side. My wife, Lucy, took Alfie to the local GP who was of the opinion that it was nothing to be particularly worried about and would sort itself out naturally. She took him to the baby clinic on numerous occasions to discuss her concerns. Lucy, being a Paediatric Physiotherapist, however, was not satisfied with this and requested that Alfie be referred to a private Paediatrician for further assessment. She had also noticed that Alfie’s eyes were not right, he was developing a squint and didn’t appear to see properly with his left eye. She asked the health visitor to refer Alfie to an Opthalmologist. During the time up to his appointment with the Paediatrician Lucy found a Paediatric Cranial Osteopath, who started treating Alfie to try and loosen the muscles at the back of his neck, to improve his head position and improve the range of movement at his shoulder.

On 23rd May we saw the Paediatric Consultant. In his opinion he had suffered a fractured collarbone probably due to the ventouse delivery. He suggested that Alfie be referred for physiotherapy and that he would reassess Alfie in a further 2 months. Lucy was unhappy with this diagnosis as neither X-rays nor MRI scans were taken to confirm his diagnosis and could not understand how this decision could be made without actual clinical evidence.

Lucy ended up carrying out the physiotherapy treatments on Alfie, in conjunction with the cranial osteopathy. Within a couple of weeks there was a marked improvement in his posture and gross motor skills. However his eyes were worsening and we still did not have an appointment to see the Opthalmologist. 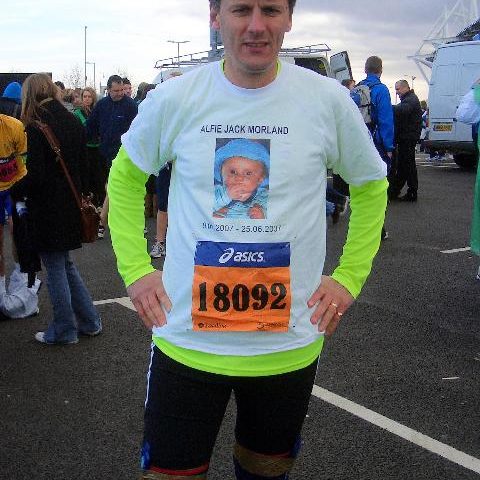 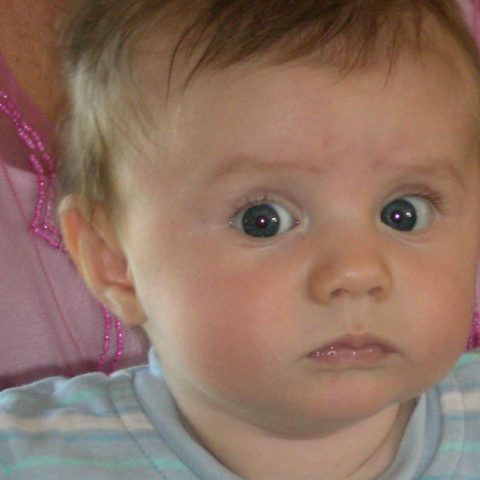 Alfie brought endless amounts of joy to all who met him. 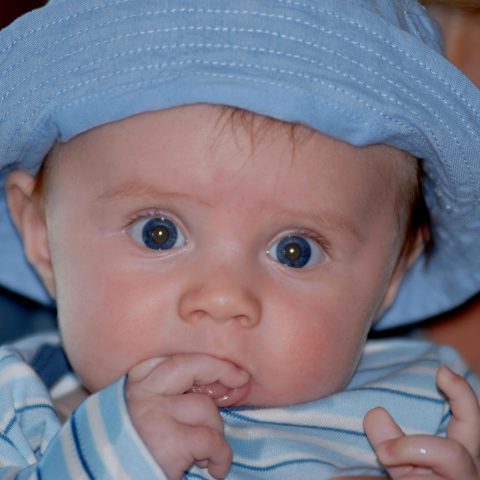 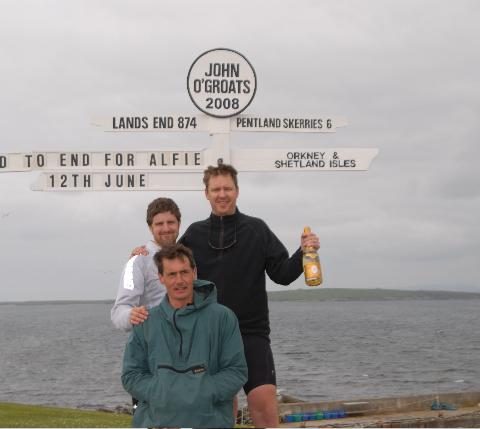 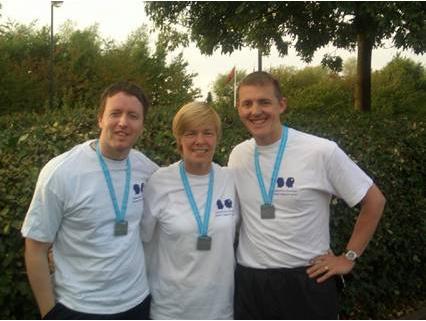 The Elston village Boxing Day football match: a collection at the event between the ‘top and bottom’ of the village raised £175 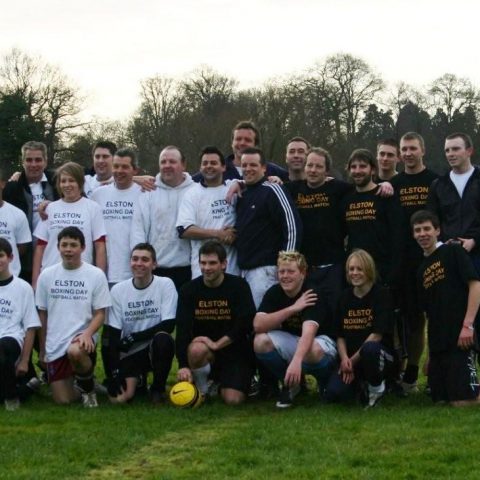 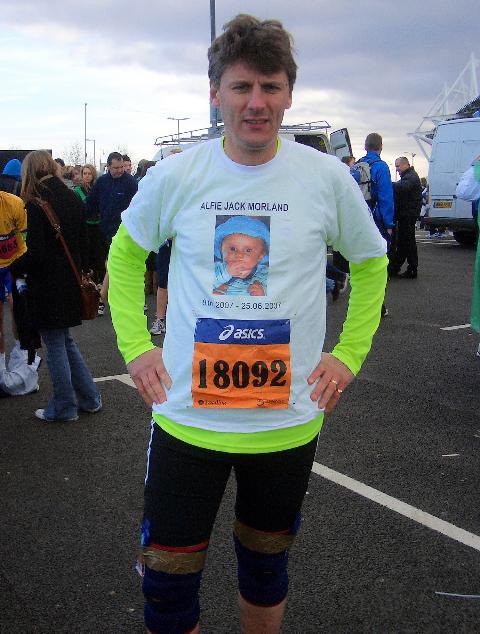 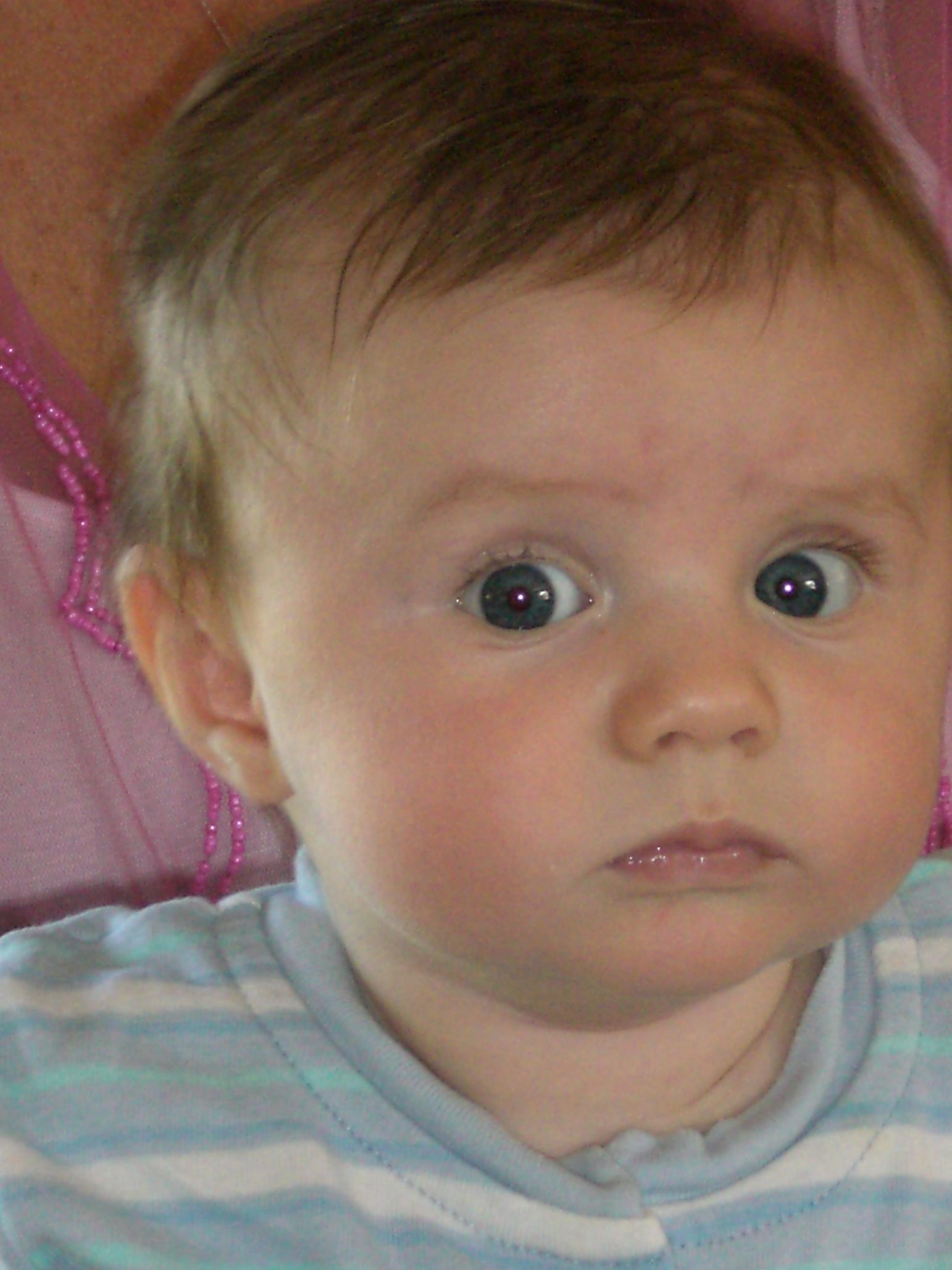 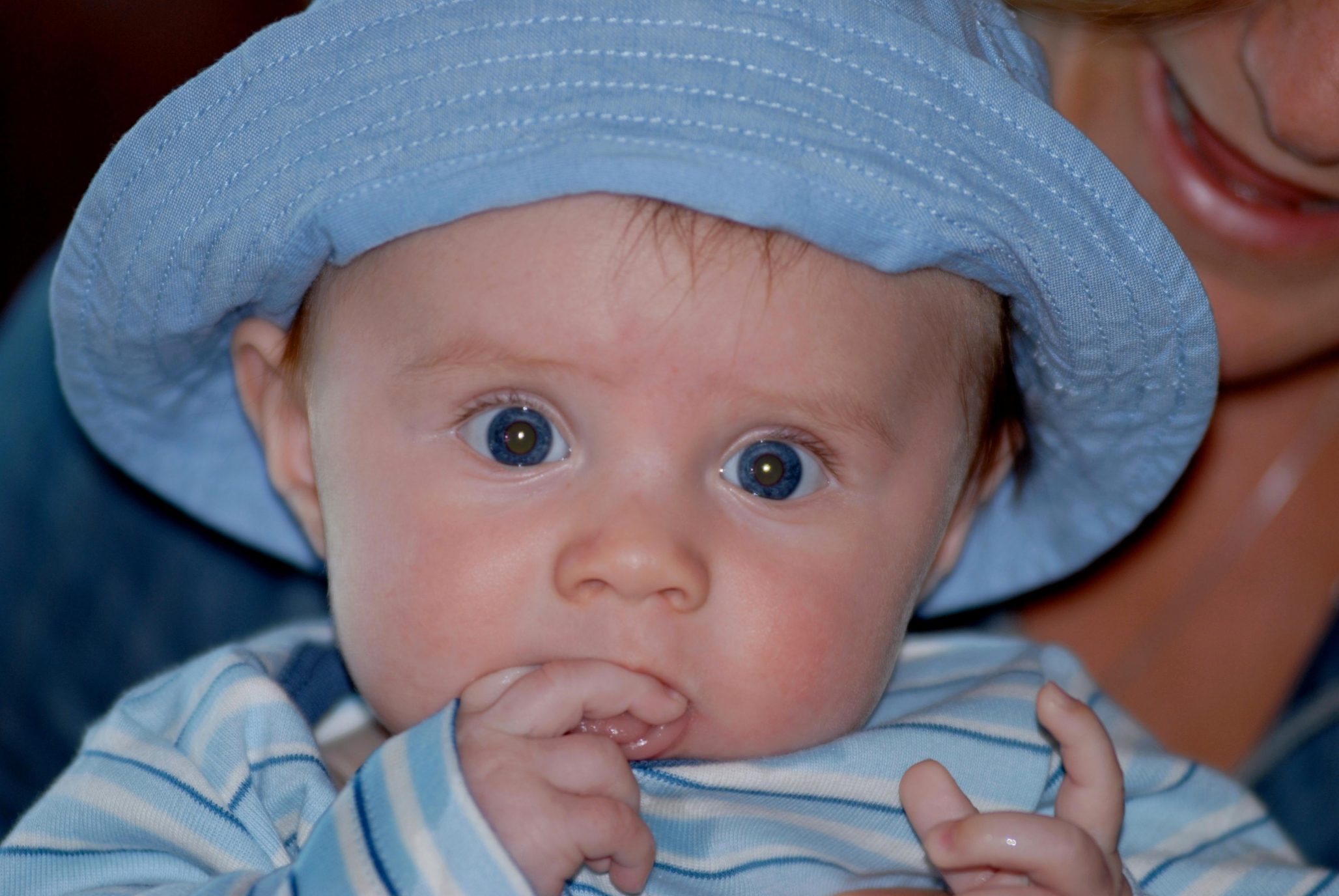 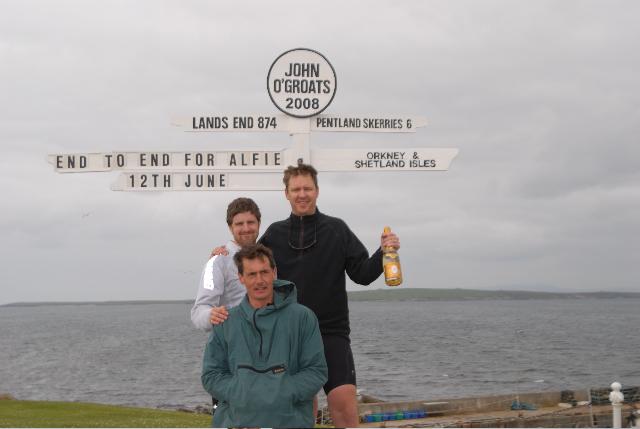 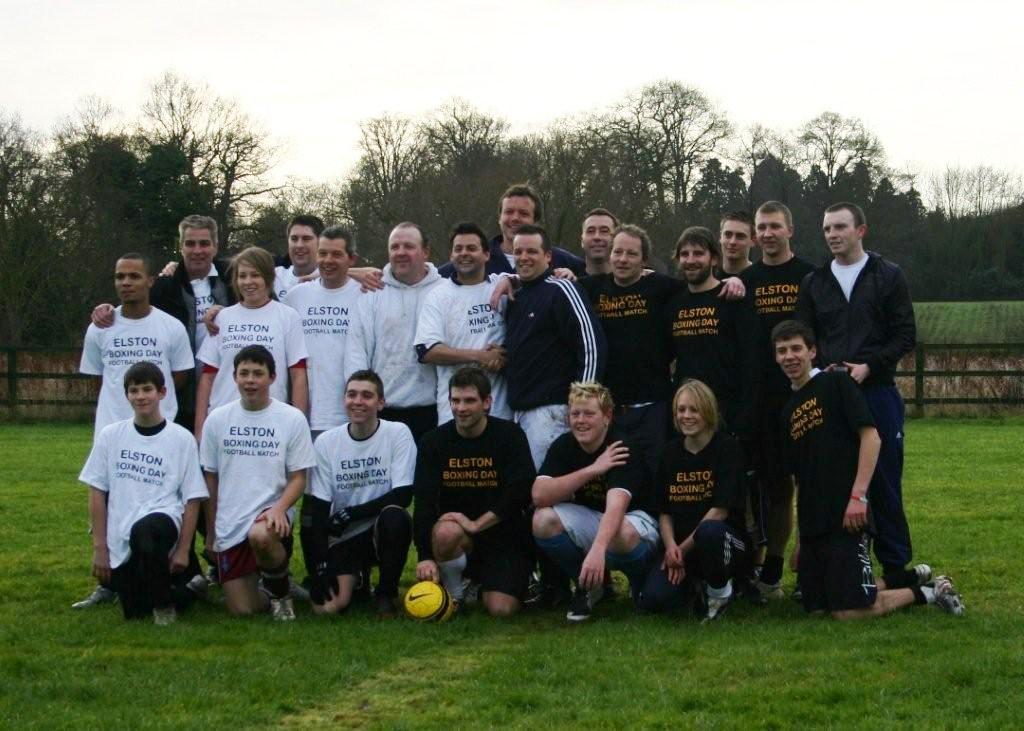 On Friday 8th June we drove from St Albans to Alfie’s grandparents in Somerset. When we arrived Alfie was very hot and within half an hour he started to projectile vomit, this continued throughout the night and the following day. Alfie was now struggling to keep any milk down and had a high temperature. So we went to Yeovil Hospital on the Saturday evening and the doctor diagnosed a probable stomach virus and told us just to keep feeding him. Alfie was still ill the next day but we managed to drive home on the Sunday evening. Although once we got home there was no improvement in his condition and in the early hours of Monday morning we took him to A&E at Luton and Dunstable hospital.

He was admitted with acute gastroenteritis and was monitored for the next 2 days. On the Wednesday morning he was discharged as he had managed to go through the night without being sick. However on the Wednesday afternoon having had a feed he was sick again. This deteriorated over the next 24 hours until he was unable to tolerate taking any fluids.

We were readmitted to Luton and Dunstable hospital but were then transferred to Great Ormond Street to the surgical ward, as they believed he had a perforated or blocked bowel. He then spent 3 days on the ward having various scans and X-rays but the doctors and consultants were unable to find anything wrong and still put Alfie’s sickness down to some sort of stomach virus.

Over the weekend he became very agitated when handled and lethargic when left alone, his squint was worsening and his heart rate was dropping but the doctors still felt that he had a virus. As parents we were becoming increasingly distressed as we could see him deteriorating before our eyes. It was not until a nurse came onto the evening shift on the Sunday evening, 9 days after he had first started vomiting that she realised he had obvious signs and symptoms of hydrocephalus.

Alfie was rushed for a CT scan and it was confirmed that he had water on the brain. He was operated on that night to relieve the pressure on his brain. At this point we did not know what had caused this but the consultant had said that she had seen a mass at the back of the brain but would need to carry out an MRI scan before she could tell us anything further.

We were unable to get an MRI scan on the Monday but managed to get one on Tuesday, the results were not good. Alfie had a tumour in the posterior fossa part of the brain and because it was so big and pressed up against the brain stem it was inoperable. We were advised that Alfie had only weeks to live.

The consultant advised us that they could carry out a biopsy but the chances of Alfie surviving the operation or post operation period were very slim. We decided against this as we did not want Alfie to have to undergo any further unnecessary suffering.

We took Alfie home on the Friday after having his shunt internalised. He died in the early hours of the Monday morning just 16 days after he first became ill and a week after he had been diagnosed with a brain tumour.

We feel that during this period we were labelled as over-anxious parents and felt like we were bothering the doctors. In truth we knew it was something more sinister than a stomach virus, because after 4-5 days, one would expect a marked improvement rather than a rapid deterioration of Afie’s condition. We strongly believe that a mother’s instinct should be taken seriously, whether or not they have any medical background, as it is the parent who ultimately knows their child the best. A parent will be the first to notice any change in the child’s presentation and their behaviour, however small and indiscernible it may appear to others and that this should be taken very seriously by the medical profession.

We have set up an umbrella fund in Alfie’s name to try and help support the fantastic work that The Brain Tumour Charity continues to do in raising awareness and funding research into this devastating and tragic disease. We hope that our small efforts may help in the future. We have set up a special website in Alfie’s memory.