Our little Ben is such a lovable, clever, bright little boy and after making a super start to school life in the spring term of ‘year one’ things began to change. Ben changed from a lively happy little boy to being rather serious and subdued and, at times, he would even fall asleep in the afternoon school lessons. His handwriting and concentration began to deteriorate to the point of needing extra tuition and at the beginning of the summer holidays he announced he was now left handed! We blamed the lethargy on repeated episodes of tonsillitis and certainly didn’t think of a brain tumour!

Then we noticed in a photo his smile was turning in a downwards direction on the right side of his face. Panic set in; as a Paediatric Sister I instantly knew that Ben had a serious condition. We rushed to our local hospital, the Luton and Dunstable (the paediatric unit where I worked!). I was now on the other side of the fence.

Within 24hrs our worst fears were confirmed: our gorgeous little boy had a massive brain tumour. I cannot even begin to describe the despair and total devastation. The staff, my friends, were superb and I had to deal with the fact that we were now living our biggest nightmare.

“We now want to show our appreciation by raising the much needed funds to help other families affected by this illness and support the desperate need for further research. The Brain Tumour Charity is perfectly placed to help us achieve this and has also been wonderful in supporting our emotional needs”

We were transferred to Addenbrookes Hospital, Cambridge to be met by some fantastic doctors and nurses who said they could help Ben who was becoming increasingly sleepy so the surgeon decided to operate. Six and a half hours of waiting commenced. The surgeon managed to remove 80% of the tumour – fantastic! We were over the moon. However 20% still remains and we now have to watch and wait to see if it grows. Removing the last 20% was considered too dangerous. So although the tumour is slow-growing, we still have its shadow hanging over us.

He now has regular scans and follow ups which will be a part of Ben’s future. At least Ben thinks the MRI scanner is fun and looks like a space ship! We are still unsure of the future and, as parents, at times feel frightened of what lies ahead. Ben is now part of a research trial in the quest to find that cure.

There’s so much to Ben and no matter how long he lives, the impact his little life will have on so many will be huge: to his family, friends and the unknown world of medicine desperate for answers through essential research for so many children. Ben Reep will hopefully be a part of the new found cure. What an achievement!

Ampthill Calendar raised an incredible £13,200! "A huge thank you to all the people who helped and were so brave in getting their kit off. Thanks to Becky and Angie who spent many hours getting the calendar just right" 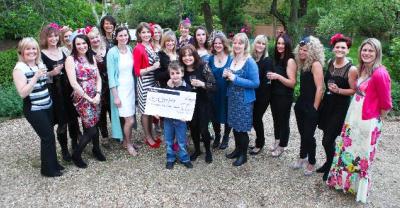 Dave Cord and his team raised £14,000 with their amazing challenge to run, swim and cycle from Marble Arch in London to the Arc de Triomphe in Paris 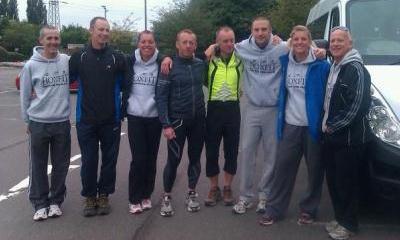 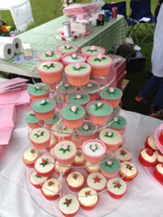