David was a fit young man of 26 years when tradegy struck on the 10th June 2008 with a seizure. More seizures followed, scans and biopsies were taken and then the bombshell of a malignant brain tumour (Glioblastoma) was diagnosed.

He was operated on on the 20th June with chemo and radiotherapy to follow. Seizures were all too frequent which left him more or less paralysed down the left side and being an avid bowler this was a horrendous time for him. He had a very bad seizure in September and was in ICU for three days and in hospital for three weeks when another scan was done and confirmed that part of the tumour which was left had grown and a new chemotherapy was given. Again the tumour grew and he was told nothing more could be done – this was now the 24th November – and he was transferred to Marie Curie Hospice on the 2nd December and fought a great battle. 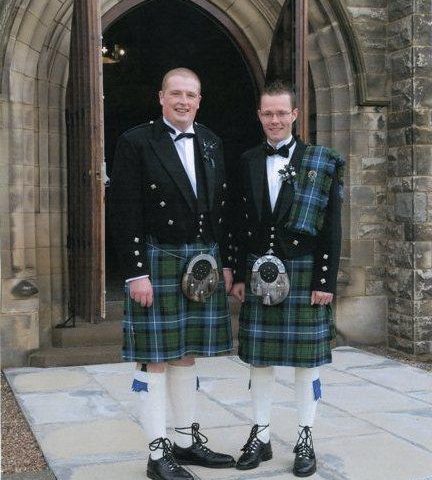 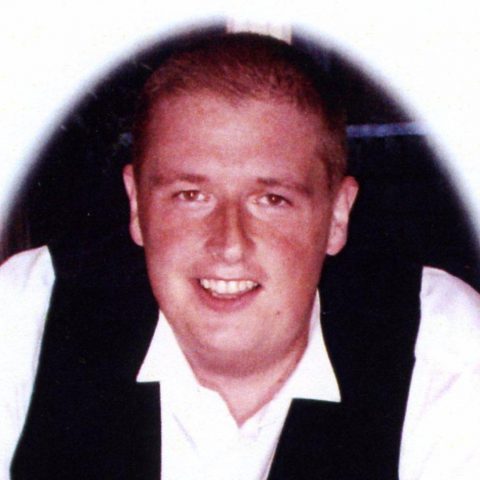 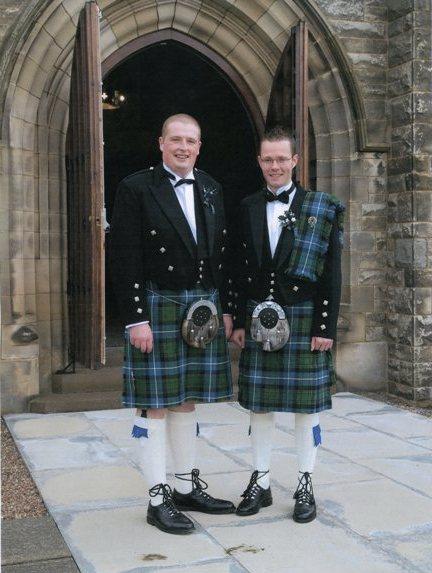 David, joint best man with Elliot at Ross’s wedding, 19 days after his operation; he looks so well. 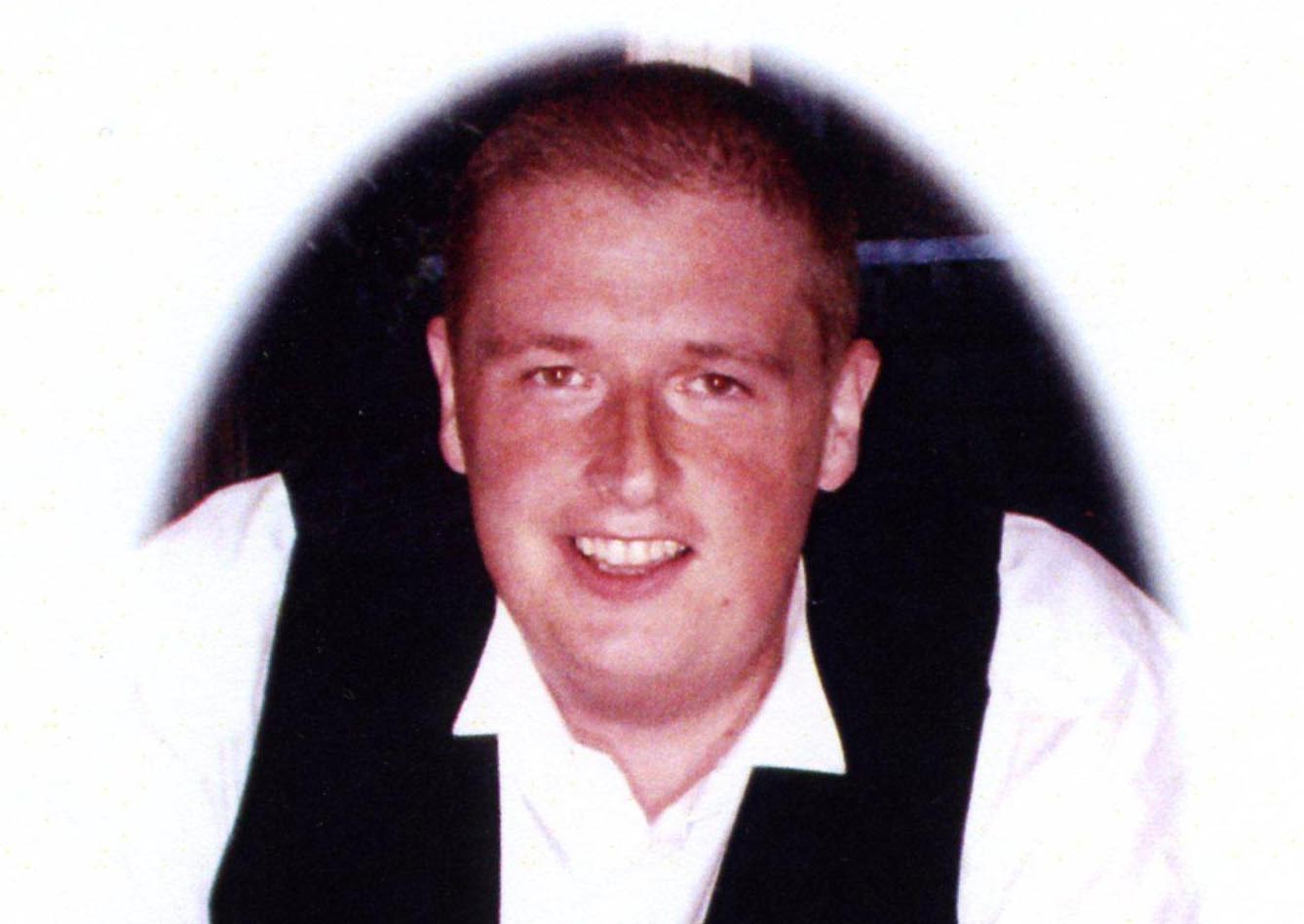 David is very sorely missed by all, especially his Mum, Dad, brother, Iain, and sister-in-law, Erin

David never complained and always welcomed his visitors with a cheery “Hello, how are you?” and always thanked them for coming even though most of the time he was sleeping. He ate nothing and only drank water, juice, etc. The doctors were amazed at his strength and told us several times that he had only days left but he struggled on, but on the 27th January 2009 he passed away with us at his side.

The were over 900 people at his funeral from all corners of his short life. He was a member of Kirkintilloch Bowling Club from 10 years old and was Club Champion and also Captain of the under 25’s team for Dunbartonshire County. They all had nicknames; David’s was “Big Stuff”. He was also a member of the Cumbernauld Male Voice Choir with a lovely rich baritone voice sung with great vigour and had great commitment to the choir, which also sang at his funeral. David also sang at school and was in several school shows. He had the lead role of Charlie in Oklahoma and was marvellous. He played violin and was in the church music group, which led many services.

David was a very kind, loving and generous man and had many friends of all ages, none more so than Elliot and Ross who he had known from primary school. They were fellow bowlers often playing against each other in important bowling ties but as long as one of them won they always celebrated together. “Big Stuff” will never be forgotten.