During the last two weeks of term before the October holidays 2018 Dougal was sick a number of times. We thought it was a sickness bug. He would stop for a couple of days and then be sick once in the morning and then be fine. I took him to the GP in the second week explaining that he still had random vomiting and it didn’t seem to be food related. His temperature etc was normal as it was at home and we left none the wiser. This went on for a 3 week period, during one of those weeks he wasn’t sick at all but had a really bad headache one night. His sickness was not violent but I was still worried so we went weekly to DR. I phoned NHS 24 who confirmed I was right to go to the DR. In the third week in November, he was still pale and had vomited in the morning so I booked yet another appointmentt for the Friday when I was off work. On Thursday 22/11/18 I was woken by my daughter at 5.30am saying Dougal was scaring her. I went into his room and was absolutely terrified. Dougal was being violently sick into his bed but his left side of his body didn’t work and he was flailing around in it. He was unresponsive and didn’t seem to know that I was there. This time he couldn’t stop being sick. He couldn’t stand and couldn’t speak. I rushed to A&E.

Dougal was seen straight away by a student nurse and within minutes we were surrounded by staff, he was rushed for bloods, cannulas and a CT scan. They told me to wait outside the CT Scan and they would be a matter of minutes when the nurse came out 10 minutes later and said they were just going to do another scan and I could wait in the HDU ward, I knew it was bad! The rest of that day was a blur, I met so many Drs, nurses, oncologist specialists, neurologists… A nurse suggested I phone my partner (who was working in Singapore at the time) I refused until I had a clearer idea of what we were dealing with. Eventually I was told there were a number of brain tumours (not necessarily cancerous) and we would need to go to Edinburgh as soon as there was a bed available. Then I phoned his Dad. On Sunday 25th November we went to Edinburgh in an ambulance at 7am. The steroids Dougal was on had relieved the pressure and he was chatting and eating and worrying about me (I was very travel sick in the back of the ambulance!) The plan was to settle in Ward 7 on Sunday, biopsy and shunt installation Tuesday and home to RACH or our house on Friday depending on how Dougal was. This never happened. 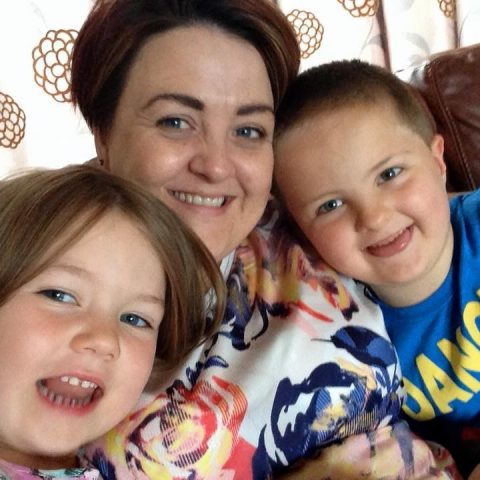 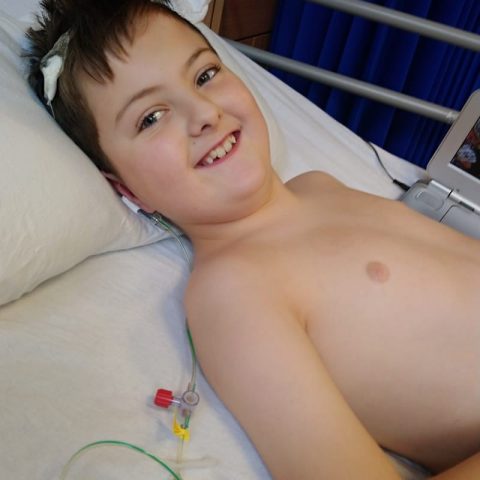 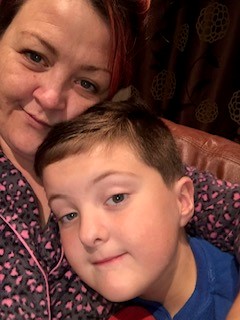 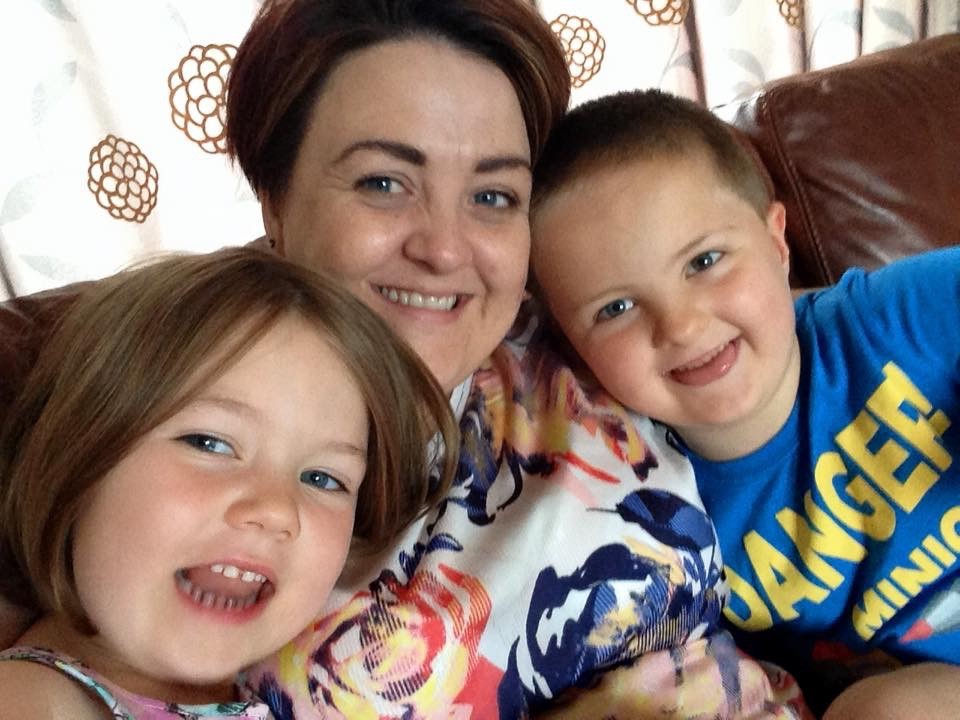 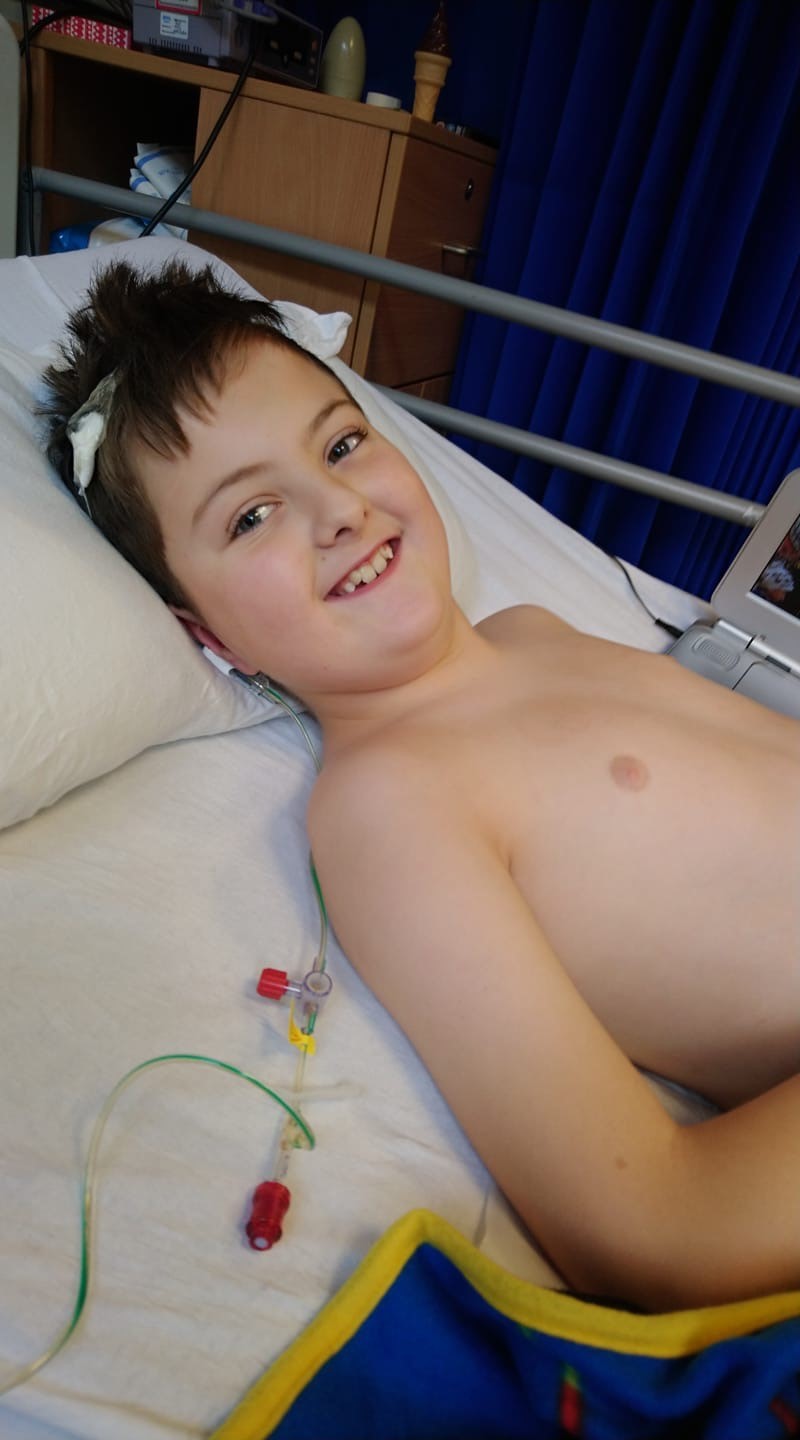 During the biopsy one of the tumours ruptured and bled, filling the brain with blood, this meant no shunt could be done as it would block and they did not have enough tissue for a diagnosis. An external drain was fitted to drain off the blood, they told me 2-3 days for that to drain and then they would think about the best approach. The drains took 15 days to clear. With the drains Dougal was much more himself due to the release of pressure but found walking around the ward with the drip stand tricky. He had daily physio which we loved as he could stand up and give me a huge bozy without getting tangled in wires. The staff were amazing, we laughed and cried with them all. Dougal wasn’t particularly into Arts & Crafts much to Audrey’s (the play nurse) dismay. She came every day with dinosaur keyrings, models, games etc in the hope he would be keen. As he liked her, he would half-heartedly do it for her. The plan was to redo the biopsy using a tiny camera so that bleeding would not be an issue and depending on draining, schedule the shunt. This worked and on the 11th December 2018 I was told Dougal had metastasized grade 4 Glioblastoma, which also seemed to be on the spine. This was thoroughly explained in detail to me but basically meant that there was no hope and I was going to lose my “miracle” baby, What little options there were, were all stressful, uncomfortable and would not cure, merely prolong. I’d do anything. I researched clinical trials across the world, obsessed on google, got in touch with success stories, hounded his oncologist with my findings. The biopsy meant that there was more bleeding and therefore more external drains and a prolonged wait for a shunt. Dougal was in great pain and discomfort and yet my beautiful boy continued to worry about me and his manners. We spent his last Christmas in Ward 7, the amazing staff tried to make it as nice as possible, Dougal was so weak I’m not even sure he realised it was Christmas which is a small blessing. I felt it was the worst, most painful Christmas we’d ever had but I suspect Christmas 2019 will be even worse for me now. 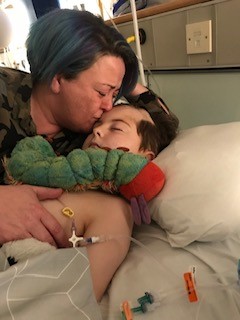 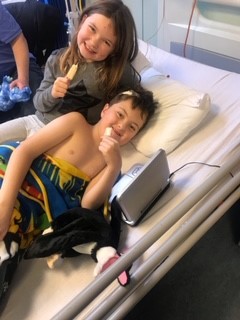 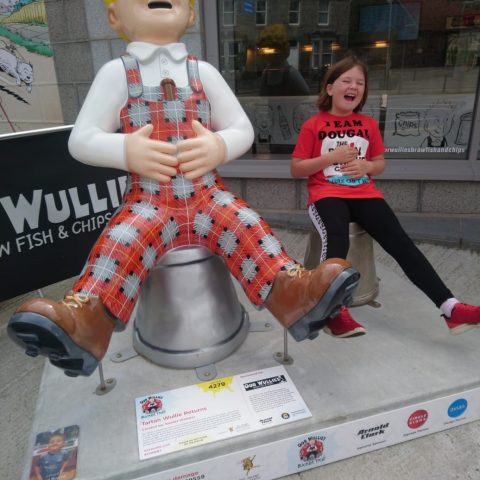 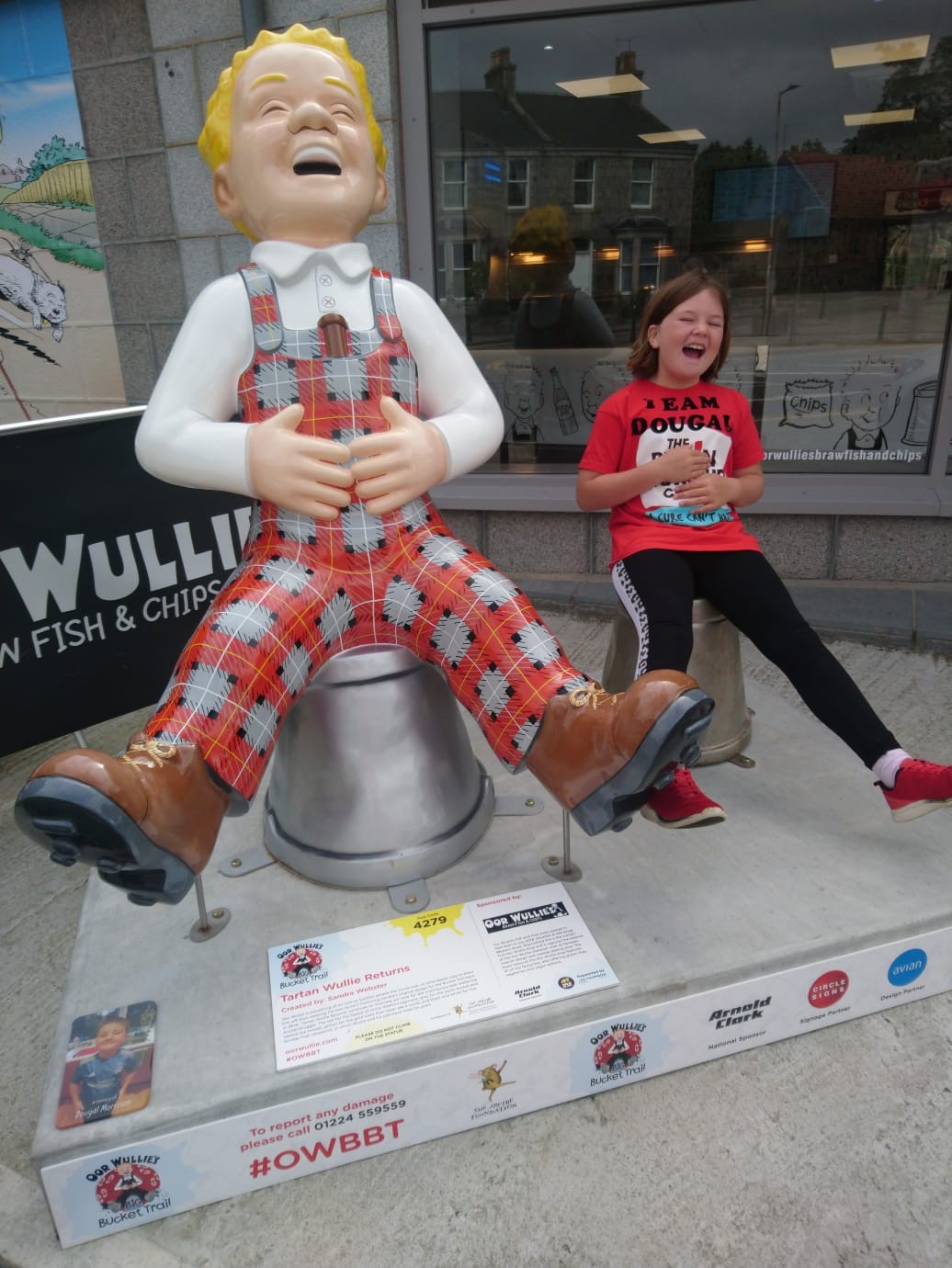 After New Year we finally got the shunt put in, I obsessed over every flicker of his eyelids, every mouthful he ate, waiting for this one to fail too but it didn’t and we were finally told we could return to Aberdeen. I had been trained in his NG meds and chemo and had been giving him them for the week prior to our return. Our ambulance was booked for Friday 10th January to take us back to RACH, both Dougal and I were so excited about being closer to home and his sister, my daughter. Thursday was a lovely day, Dougal was eating, drinking and was able to talk and respond and even laugh. Throughout the day we wished tearful farewells to the angelic staff of ward 7. At 9pm Dougal told me he was going to sleep and “you should go to bed too Mummy and no TV cos of your cough”. I agreed and went back to the room to finish packing. At 11pm-ish I got a call to say I needed to return to the ward NOW. Dougal was having a massive seizure. I will never be able to scrub this horrific sight and am haunted by the images of my baby writhing in pain and fear. He was rushed to ICU and we followed. Dougal’s entire brain had flooded with blood, as tumours had burst during the seizure and there was no recovery from this. He was dosed with anti-seizure medication, another medication that would help him forget the pain/fear of the seizure. Then I was asked about increasing pain relief but with the understanding that this would eventually make his heart stop. I had no choice but to end my baby’s suffering. I was told it was unlikely that Dougal would still be alive by the time our family had made the trip to Edinburgh, this was not the case, he stayed with us until just after 10.30pm on the 11th. I held him in my arms as he took his last breath surrounded by his family and love.