Donna (‘Doz’) was beautiful, funny and loving with sparkling eyes and a knock out smile. Always game for a laugh with a dirty sense of humour!

She grew up in Farnborough where she lived with her Mum, Dad and sister, Cindy. She married Martin (‘Mole’), her childhood sweet heart, in 2001 but she still lived within walking distance of her Mum and Dad’s… and their cupboards stocked with food!

Doz had a true love of children and was such a wonderful auntie to Lottie and Lucy (‘the Birds’ as she called them). She also had a number of Godchildren and was a strong believer in Angels.

Her other great love was shoes which probably stemmed from her Saturday job in Freeman Hardy & Willis! Her favourite red pair still reside in her Mum and Dad’s kitchen … she will never leave their home.

In her professional career she worked in Logistics at Hydron, Nokia and Mercury.

After suffering with headaches (from using computers, she thought!), she decided to work part-time and found her true vocation working for a national charity for the deaf whilst studying sign language in the evenings.

Doz was diagnosed with an Astrocytoma brain tumour in July 2004 and, although it was large, it was low grade. Due to a number of complications, she had 3 operations in 3 months. She was so brave and not fazed by it at all. After the third operation she was left with the shakes and said she was going to ask Mr Kipling for a job sprinkling the icing sugar on his cakes! This was typical of Doz, always looking on the positive.

Regular scans showed that the tumour had not grown. Although Doz was unable to drive her beloved Beetle car this did not stop her from getting on with her life: she went on holiday to Rome and New York, took up Yoga and enjoyed going out with friends. However, in May 2006 a scan revealed the tumour had become aggressive and had grown significantly.

Sadly, Doz passed away in June 2006 aged 33; she was loved by everyone she met. Her family and husband adored her, as did her wide circle of friends. She tackled her illness with great courage and strength that none of us will ever forget.

A lady kindly donated the proceeds of her garden open day to The Brain Tumour Charity. 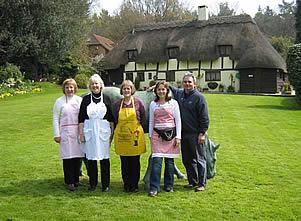 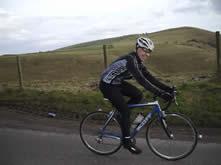 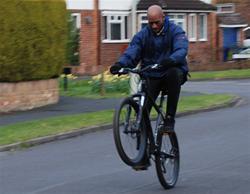 Donna's husband, Martin, completed the Reading Half Marathon. Here he is with his sister-in-law, Cindy Coleman