The Katy Holmes Fund has, to date, invested over £1.1m towards research into high grade paediatric brain tumours.

Katy was always a very bright, vibrant, kind, loving, pure, innocent and genuine child who would do anything for anyone. She was a very popular little girl with both the girls and the boys! She never had a bad word to say about anybody. Katy was a high achiever and was predicted to be well above average in all subjects by the time she left primary school in the summer of 2012.

Throughout her years at school she had been Mary in the nativity, School Council Representative, House Captain and finally she became Head Girl. Katy was very proud of herself and she always knew how proud we were of her because we told her all of the time.

Katy loved her little sister Charley and her older siblings Kelly, Lee and Craig very much.

When I became pregnant for the third time with baby Scarlet, Katy was very excited and couldn’t wait to meet her. She even helped me to name her along with Charley.

It was after our holiday to Florida in August 2011 that we noticed Katy had become a bit of a moody teenager. At a school assembly when accepting a certificate Katy didn’t smile. This immediately caught my attention as Katy always smiled. When asked, Katy didn’t even seem to realise. I took her to visit the doctor and told her about the few headaches Katy had been having, how she’d been falling asleep in the afternoon uncharacteristically and how she wasn’t smiling anymore. The doctor, taking no chances, referred us straight to the hospital where a CT scan was done. The scan came back clear and we were sent home a few days later with suspected migraines.

Katy then went on a school trip for a few days. On their return the teacher told me she had noticed that in the photo’s one of Katy’s eyes looked strange. My instinct took over and I took her straight back to hospital. I insisted they do further tests. They kept her in for observations over the weekend where her symptoms worsened. An MRI scan on Monday the 10th October revealed her devastating diagnosis. Katy had an inoperable and terminal Brain Stem Diffuse Pontine Glioma. We were told that Katy’s only option was to have 30 fractions of cranial radiotherapy and then she might have between 6-9 months to live. The grief was unbearable. We chose not to tell her.

Each time Katy pulled through and we were filled with hope that she could beat this. Charley never told Katy throughout the illness how seriously ill she was. Such a cruel burden. Katy missed her wish, arranged through the Make-a-Wish Foundation, because we nearly lost her when she started fitting as we loaded the car. Katy also missed her holiday to Scotland as again she fell ill as we were packing and we nearly lost her again. Perhaps the excitement was too much. Katy was in and out of hospital and the hospice, she remained so polite and thoughtful throughout. Katy lost the ability to swallow, see, hear, feel, use her legs, use her arms, move, go to the toilet, in fact by the end she had lost the ability to do everything, even blinking to communicate. Katy never lost her mind though. That was the cruellest thing of all.

We searched all over the world for different treatments available but every time we reached a dead end. The community fundraised to fulfil her wish-list but Katy continued to deteriorate and never got to do much. My baby was induced 2 weeks early as my waters had been slowly breaking for weeks plus we wanted Katy to meet her before it was too late. We made it past Christmas and then New Year. Finally, after a long, hard battle, Katy’s body gave up. She died peacefully in a big double bed with Dave and I cuddled up to her holding each hand. All the time her favourite Disney CD was playing. It was very peaceful. She died at 1am on the 19th January 2012. 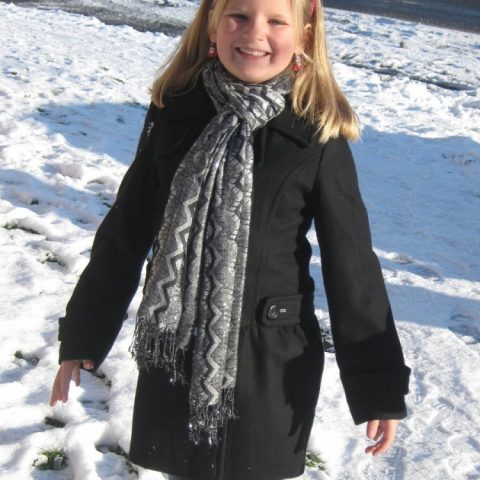 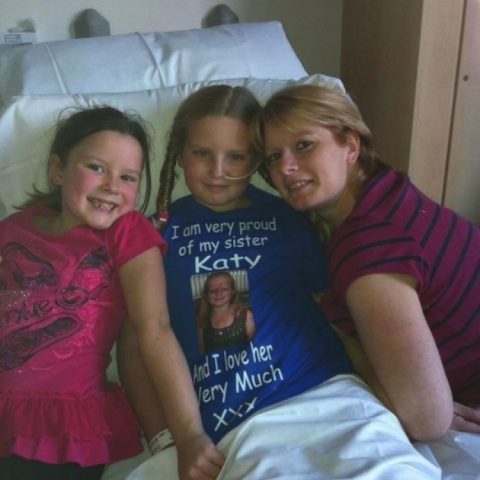 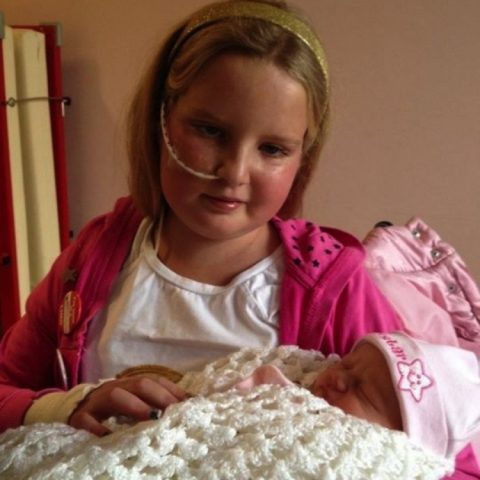 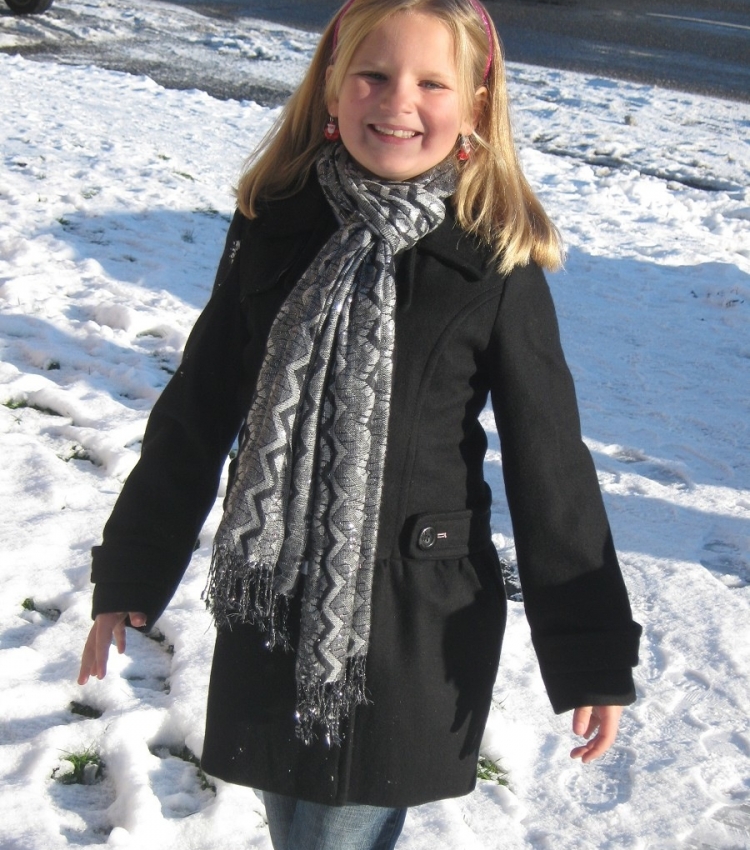 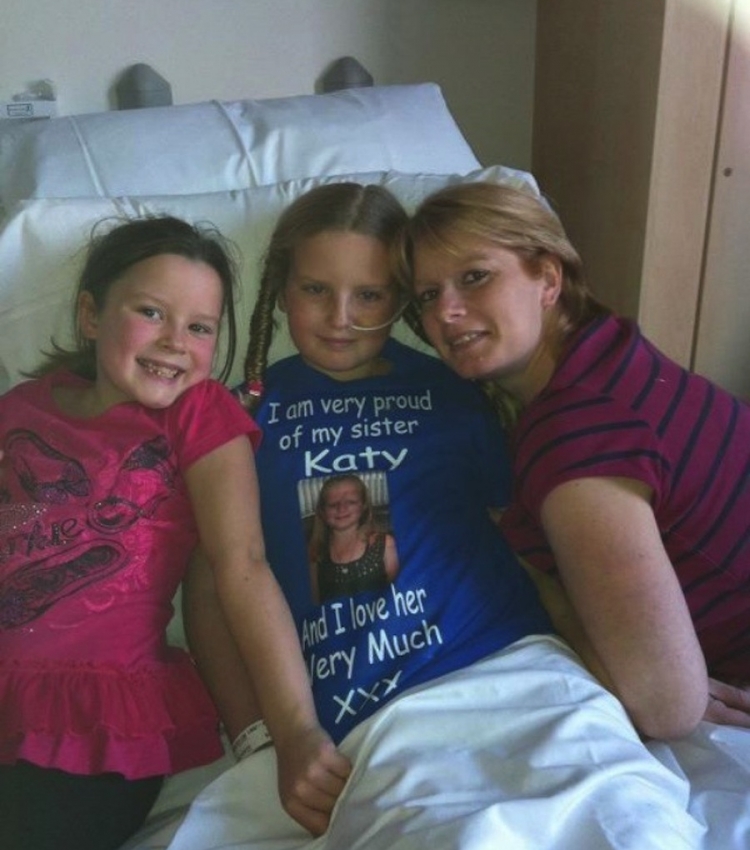 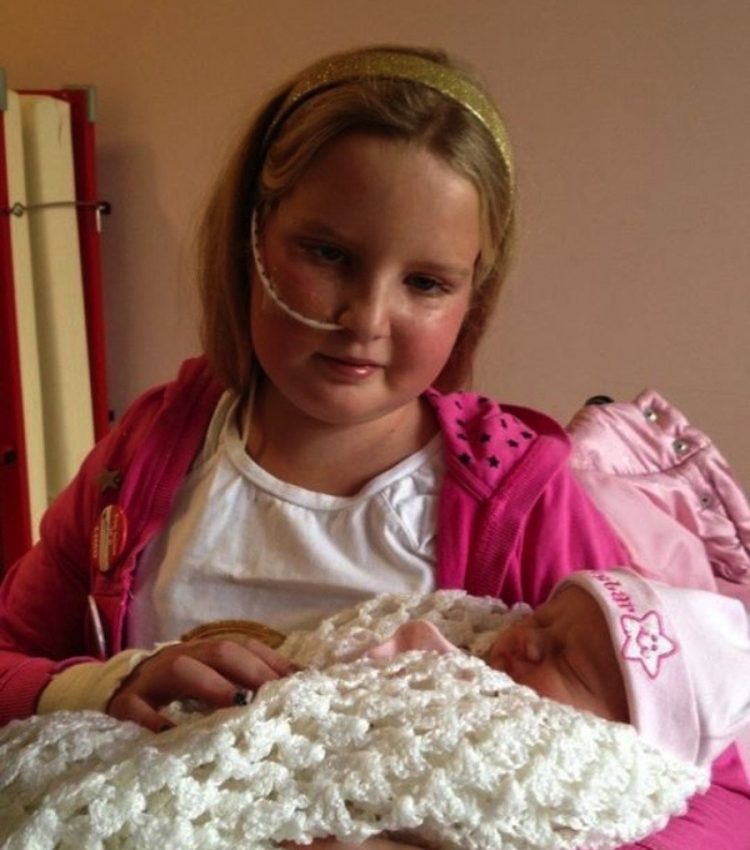 Katy had a funeral fit for a princess. She was pulled in a silver carriage by white horses. We had a Disney theme. Everyone wore something Disney and brought a Disney balloon with a message attached to it. We released them altogether. 30 Huskies came to send her off and they howled as we arrived. Katy had a full Requiem Mass which was attended by over 300 people. We miss Katy so much. I refuse to let her passing be in vain.

In 2012, we set up The Katy Holmes Trust – a registered charity dedicated to raising awareness of paediatric brain tumours and money to fund the research in memory of our beautiful Katy.

In the last 8 years we found ourselves at Downing Street meeting with some very important people. We have communicated with David Cameron and HRH The Duchess Of Cornwall and even received private donations! Our story has been told in almost every national newspaper and reached right across the world.

We have had a regular presence in the local and national media stations too! To date we have invested over £1.1M towards brain tumour research which we are so very proud of. I won the EVA’s Inspirational Women of the year in 2014 and was a Pride of Britain Finalist too.

In 2019 I was fortunate enough to be included in a Book of 100 Stories about Inspirational Women. Also, in 2019 I was the winner of the SHEro Award at the Inspire Awards 2019!

We have fought with local council departments and engaged with councillors, MP’s, MEP’s. Our fabulous team have organised and run the most fantastic fun filled events and local businesses have rallied around to help as much as they can. We have literally climbed the highest free standing mountain, cycled the length and breadth of the UK and trekked China, Vietnam and Iceland to raise as much money as possible.

The past 8 years have been truly amazing and we are forever grateful to all of you who have followed and supported us on our journey. Sadly, we have made the decision to close The Katy Holmes Trust charity at the end of 2020 so that we can focus on our new lives. However, we are very proud to have now become a Supporter Group for the Brain Tumour Charity and will continue to raise money in Katy’s name because a cure simply cannot wait.