Just after Christmas 2010, our beautiful 7 year old daughter, Niamh, fell ill. Her symptoms started with vomiting and a seizure which lasted for a worrying six hours. During this time we were taken to hospital where Niamh finally regained consciousness. After two agonising weeks waiting for test results from Sheffield Children’s Hospital, a tumour was identified, located behind her right eye.

From this point on, our world began to crumble. The following week Niamh was admitted to the neurological unit for surgery to remove the tumour and the most excellent team at the children’s hospital successfully removed the mass that was visible inside her brain. We were flabbergasted how quickly Niamh recovered and after four short days we went home with our little girl, who appeared to be as fit and as healthy as she had been before. Following the operation, the pathology reports identified the tumour as a malignant mass which meant our little girl had to undergo six weeks of gruelling chemo and radiotherapy – all of which she endured with bravery and determination far exceeding her years. Niamh still insisted on going to school every day and was often seen zooming around the hospital corridors on her scooter. She was so full of life we remained extremely confident that this insidious disease would not take our daughter, how misplaced that confidence was.

Despite the surgery and the efforts of the oncology team, we were informed in June 2011 that the tumour had grown back in the same location which required further surgery to remove it. We cannot express the shock, horror and dread we all felt upon hearing this most feared information. In addition to the invasive surgery in her brain, Niamh was also subjected to surgery around her heart. It was decided that a ‘portacath’ should be fitted in order that a more potent cocktail of drugs could be administered directly into an artery, in a bid to rid Niamh of her cancer once and for all. This procedure appeared to be a success when in September 2011 we finally received some positive news – an MRI scan demonstrated that Niamh’s brain was clear of any tumour! We were all obviously elated with this news and believed the chemotherapy had finally worked. However, the chemotherapy did have an adverse affect on Niamh’s health and she underwent surgery to remove five teeth that had become rotten from the potent medication, and she also developed an eye infection which required a further stay in hospital. Additionally Niamh’s blood count dipped dangerously low and it was impossible for Niamh to safely continue with her chemotherapy for about nine weeks, this made everyone very anxious as we knew Niamh’s cancer was a very aggressive strain.

“Niamh will never be forgotten. She was an incredible fighter who inspired so many people with her generous spirit and positive attitude. She was loved by all who met her. It is our expressed desire that we continue raising funds to try and eradicate this disease in honour of Niamh’s courageous, fighting spirit. Our amazing family and friends have helped us so much along the way and we would like to thank them all for their kind help and support”

Despite all the debilitating treatment Niamh had to suffer we did have some amazing adventures during the time of her illness. In December 2011 we were invited to visit Lapland for the day which was kindly granted by the ‘wish upon a star’ foundation. Niamh described this trip as truly ‘magical’ and loved every minute of it, a wonderful, lasting memory that we would like to thank Pat and Joanne at the foundation for. It was not long after this happy event that our world turned upside down – yet again.

The week before Christmas 2011 Niamh suffered another horrific seizure following a visit to the hospital to check her blood count levels. We knew instantly that the ‘monster’ was back and were truly devastated when the hospital confirmed that the tumour had indeed returned. After lengthy discussions with the surgical and oncology teams at the hospital, the option to remove the tumour was offered but no more chemical treatment was available that would prove effective. We cannot describe how utterly devastating this news left us , the thought of our beautiful, kind , amazing daughter going into palliative care was just too much to bear. We decided to opt for the surgery which successfully removed the tumour but unfortunately left Niamh paralysed after she suffered a stroke during the operation. Still – Niamh did not let this disability affect her positive attitude and we watched her enthusiastically approach her physiotherapy with true stoicism and bravery. Despite the surgery we knew that without additional chemotherapy the cancer would return, after frantic attempts to secure alternative treatment not available at the NHS, the entire family searched around the globe for possible trials that might be suitable for Niamh. In February 2012, Niamh underwent a clinical trial in Leeds (UK) in a final bid to get rid of the cancer.

‘The best day of her life’

One day in March 2012 Niamh experienced what she described as ‘the best day of her life’ when Amanda Turner secured a visit with Niamh’s favourite band One Direction through the ‘Ray of Sunshine’ foundation. This occasion will be forever etched on our memories as we watched our little girl brimming with tears of happiness and joy before our very eyes. Little did we know then that this joy would be so short lived.

Niamh will never be forgotten

By the month of April 2012 we were told that despite the clinical trial the tumour had already returned. Niamh had previously said that she didn’t want any more operations and we felt that while we did not want to stop fighting, we had to respect her wishes. We eventually realised that this cancer was a relentless monster that could not be beaten. Soon after Easter, Niamh started palliative care.

Bluebell Wood Children’s Hospice is a very special place that took care of our little girl during the most horrific and upsetting time in our lives, we honestly do not know how we would have coped without the help of the people at this amazing, inspirational place. Shortly after Niamh’s 9th Birthday in May 2012, after we had spent a truly wonderful time surrounded by Niamh’s closest friends and family at Center Parcs, Niamh went into Bluebell Wood Hospice for her final days with us. Her declining health was quite rapid and it proved torturous as we watched Niamh courageously endure her terrible condition.

At 7:01 on July 6th 2012 Niamh died in our arms. Words cannot describe the pain of losing your child.

Niamh will never be forgotten. She was an incredible fighter who inspired so many people with her generous spirit and positive attitude. She was loved by all who met her. It is our expressed desire that we continue raising funds to try and eradicate this disease in honour of Niamh’s courageous, fighting spirit. Our amazing family and friends have helped us so much along the way and we would like to thank them all for their kind help and support.

Our love and respect for Niamh will continue forever, until we are reunited once more. 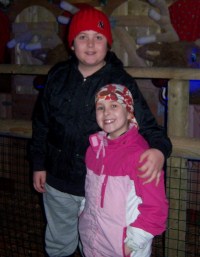 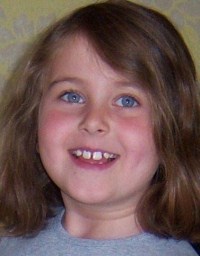