Born on 28 January 1962, Richard was academically bright and inquisitive.

On leaving school in 1978 he joined the Army Intelligence Corps, serving in both Germany and Northern Ireland. While in Germany he met his wife, Hazel, and after they married in 1987 Richard joined the Metropolitan Police, following in the footsteps of both his Dad, Tony, and younger brother Nick. Passing out from the Police Training School at Hendon top of his class, Richard settled into life as a policeman serving in various areas until joining the Anti Terrorism Branch following the 9/11 attacks in the USA. It was during this time that Richard’s enduring interest in forensics was forged, spanning in excess of a decade during which he used his expertise and tenacity to assist in mitigating numerous terrorist threats and saving hundreds of lives in the process. He retired from the Met in January 2012 shortly after his 50th birthday.

Richard and Hazel’s son William was born in December 1992 and whenever his job allowed Richard took a keen interest in William’s school and sporting activities. Richard played rugby for Park House, Met Police Hayes and Westcombe Park, where he captained the 3rd Team and Vets Team during his career. He then became a referee and also coached William and his age group between the ages of 5-18. During this time he earned a lot of respect from the players of all teams he was involved with. Richard also took up golf, joining friends on golfing holidays to Spain and Portugal over the years. His other passion was motorcycling and he spent many a happy time with Nick and some of their friends on various trips to Germany, Belgium and Holland riding around the beautiful European countryside and attending races. There were also numerous family holidays all over the world, including Africa, Antingua, Greece and the USA.

“It was enormously comforting for the family knowing how much he was loved and respected by those he came into contact with. Richard will live on in the memories of Hazel, William, Nick, his Mum Trish, sister Mel and his many family and friends”

In 2011, Richard started suffering headaches which became progressively worse over the course of the year. Attributed to stress and blood pressure these headaches, combined with a forgetfulness unusual in somebody so meticulous, indicated that something was clearly not right. In early 2012 following a minor car accident caused by a lapse in concentration while en route to work, Richard was taken to A&E. After explaining his symptoms to the medical staff, CT and MRI scans followed leading to the discovery of a tumour in his brain. Transferred to King’s College Hospital, the prognosis initially seemed positive with the surgeons confident they could operate and remove it. Following the operation came the devastating news that the tumour was in fact a Glioblastoma Multiforme Grade IV. Richard named it Tarquin! Radiotherapy and chemotherapy treatment at St Thomas’s Hospital followed, during which time Richard managed to fit in trips to Germany and Spain and spend time with many of his friends and family. Tarquin prevented him from riding his bike or driving his car but he had no shortage of people willing to take him wherever he needed to go. During his treatment Richard remained fiercely independent and determined that Tarquin was not going to get the better of him – his Facebook updates describing the battle against Tarquin were often hilarious and helped keep him upbeat and positive.

Unfortunately the treatment regime was unsuccessful, and in November 2012 following the first course of intravenous chemotherapy sadly Tarquin reared his ugly head with devastating swiftness. His health deteriorating rapidly, Richard suffered a number of pulmonary embolisms and his condition worsened to the point where he was eventually hospitalised, spending a couple of weeks in Guy’s. Having been told by his oncologist that there was nothing further they could do, Richard came home from hospital and died on 26 January 2013, two days short of his 51st birthday.

His funeral was attended by over 350 people from all areas of his life, and although it was a terribly sad occasion it was enormously comforting for the family knowing how much he was loved and respected by those he came into contact with. Richard will live on in the memories of Hazel, William, Nick, his Mum Trish, sister Mel and his many family and friends.

BATs was set up shortly after Richard died because the Tarquins of this world will continue to pose a threat until a cure is found.

As the start of our efforts to do as much as we can to help raise funds for The Brain Tumour Charity’s research into brain tumours, our first BATs events – a lunch and golf day in July this year – raised just over £7,000. Many of our friends and supporters are looking forward to a repeat of the events next year!

Hazel, William and a few friends completed the Great South Run on 27 October and between them have raised over £5,000. Donations to the BATs team’s funds can be made directly at http://www.justgiving.com/teams/BATs

Westcombe Park Rugby Club has chosen to support BATs this year, and will donate 50% of monies raised from various events being held throughout the season. 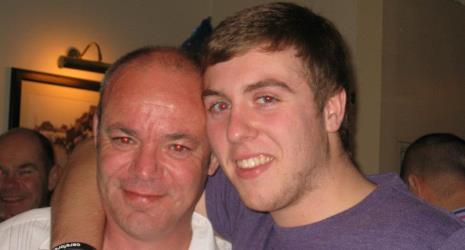 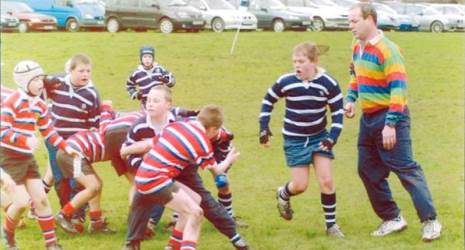