Samantha had an incredible zest for life. She was a bright, lively, happy, fun-loving girl, who enjoyed school, music, drama, sports, badminton, netball, lacrosse, swimming, ballet, modern & tap dancing, travel and skiing. She played the flute and piano and was a dedicated scholar, working for distinction in all her exams. It was a pleasure to attend Parent’s Evening and hear praise from all her teachers.

At 14, Samantha started suffering from deep-seated headaches and vomiting. Later at school she had episodes of memory loss, and despite numerous visits to our GP and a Specialist paediatrician, it took nine months to diagnose her. After collapsing and being rushed to Southampton hospital, Samantha was scanned and diagnosed with a high-grade glioma which was diffused and classified as Gliomatosis Cerebri – a rare tumour. The prognosis was terminal with a chance that radiotherapy and chemotherapy might give some remission.

Our world was turned upside down.

For the next two and a half years we battled to save her life. Despite her bravery and some remission from the radiotherapy, she lost her battle on the 31st October 1996, just seven days before her 17th birthday.

“There are times when you feel low because you’ve lost a child, our lives changed completely, her brothers lives changed completely and I don’t think any of us have ever got over it or ever will but having something positive at the end of it, maybe that is why we had to lose her because if we hadn’t lost her, we would have just given our money like we had to other charities.

“I think we have achieved a lot and I do hope Samantha would be proud, I know she would if she was here.” – Angela Dickson

Following Samantha’s death, we received £20,000 donations at her funeral to be used into research into brain tumours. When we looked into how to spend the money we were amazed to find there was no dedicated brain tumour charity in this country. There was also a total lack of research and support for families and patients with brain tumours. This was despite the fact that brain tumours were the second most common childhood cancer after Leukaemia and killed more people under the age of 40 than any other cancer.

The Charity was launched from the study at our home, with no administration costs for the first three years. Due to the generous support of the local community, family and friends, it was not long before we had an annual income of £450,000 with no overheads for the charity. This enabled us to start funding a substantial research programme at Institutes throughout the UK. Many families came to us for support and advice. In 2000 the decision was made to expand the Charity and take on our first paid employee.

We soon found we needed more space, and moved into small office premises in Hartley Wintney. With five additional staff joining the team to help with patient support and fund-raising, it wasn’t long before we ran out of space and moved to larger premises in Yateley, opened by The Lord Lieutenant of Hampshire, Mrs Mary Fagan, and later honoured with a visit from The Duchess of Wessex. By this time the Charity was growing at a rapid rate, becoming a National Charity, with income in excess of £l million a year and we changed our name to The Samantha Dickson Brain Tumour Trust. 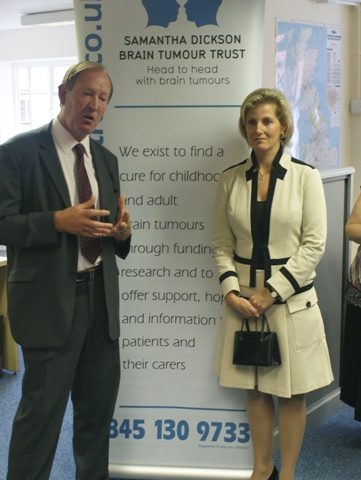 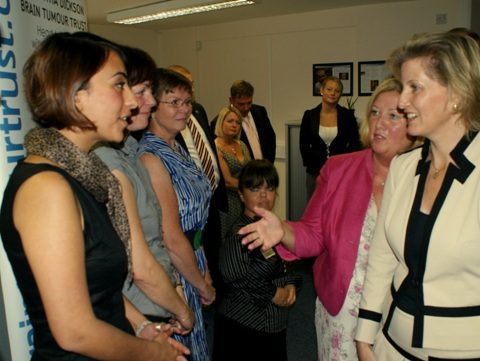 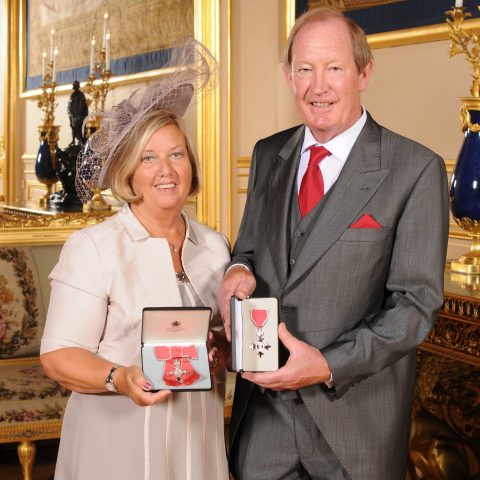 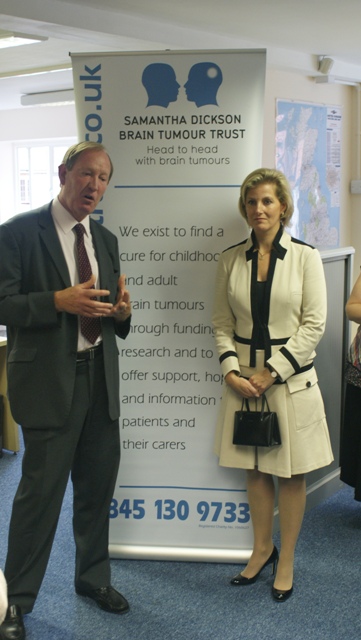 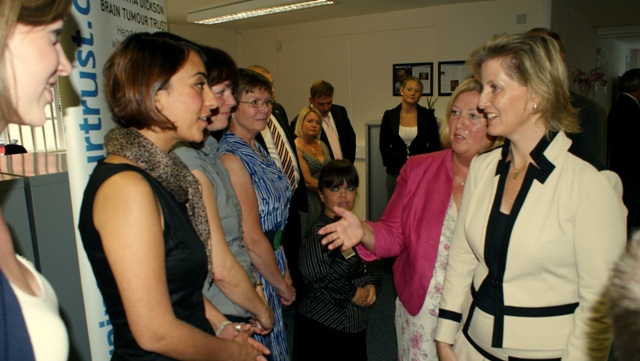 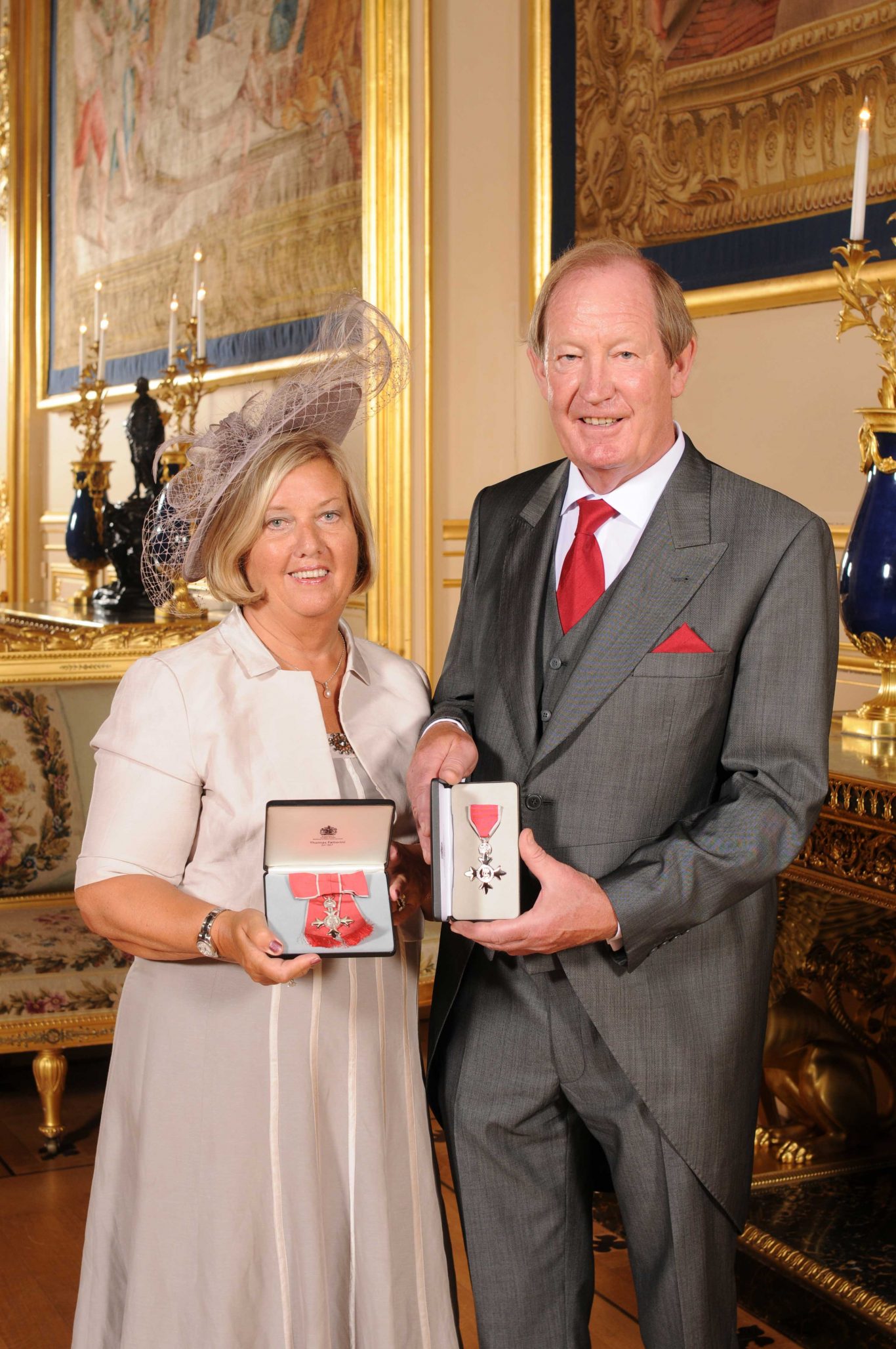 The research strategy at this point had been based on funding biological laboratory research. So little was known about brain cancer we needed to understand the biological make-up of the variety of tumours before going forward to new treatments. This strategy proved to be a great success when we started to make a number of international breakthroughs.

Research into childhood Medulloblastoma at The University of Newcastle discovered two separate biological markers with different survival rates for each group. This has led to two new treatments currently on trial throughout Europe, with those in the low risk group receiving less intense treatment which reduces long term side effects, and the high risk group receiving more intense treatment to try and increase survival rates. This was truly an example of “bench to bedside” whereby the basic science followed to clinical treatment.

At the same time our Award Winning research at The University of Nottingham had identified that the average diagnosis time for children with a brain tumour in the UK was thirteen weeks – much longer than in other countries. This then led to our HeadSmart Campaign which has been a great success reducing the average diagnosis time to six and a half weeks, and has since received a number of major Awards.

These breakthroughs enabled us to go back to our supporters to show them what a difference their donations were making. Our income increased to over £2 million a year, and with more staff we had to move to larger premised in Farnborough, organised by our new CEO, Sarah Lindsell, and changed our name to The Brain Tumour Charity. This was a very difficult and personal decision to make, but was done in the interest of the wider brain tumour community.

We could not believe the difference we were making, and by this time there were a number of other smaller charities in the sector. This was starting to create certain duplications and after consultation with our supporters led to the first merger within the brain tumour sector, bringing together The Brain Tumour Charity, Brain Tumour UK, and The Joseph Foote Foundation. It was agreed to operate under the name of The Brain Tumour Charity with the Head Office based in Farnborough, and a Trustee Board representing all three Charities.

Sarah Lindsell did an excellent job of bringing the three charities together operationally, and our income climbed from £4.5 million to £11.5 million a year by March 2020. The rise in income enabled the Charity to achieve research expenditure in excess of £5m per annum. This enabled us to support research institutions worldwide not just in the UK.

Neil and Angela Dickson received an MBE in December 2014, and presented personally by The Queen at Windsor Castle in July 2015.

In September 2020, Angela became a Emeritus Founder Trustee, retiring from the main Trustee Board, but still very much involved with the charity. We thought this would be an opportune time to set up The Samantha Dickson Fund, a supporter group within The Brain Tumour Charity, making sure Samantha’s name will never be lost.

It also gives us the opportunity to make sure that all the money raised in Samantha’s name will be restricted to high grade glioma, the tumour type that she had. When we started the charity we raised money for research into adult and childhood brain tumours in general. At that stage it was impossible to believe that in our lifetime we could get a new treatment for Samantha’s tumour type.

Due to the progress made this has now changed and it would be a great tribute to her if we can achieve this over the next five years. If the fund is as successful as our earlier fund-raising, we hope to set up a Paediatric High Grade Glioma Centre in Europe with strategic International links. This would be based on the Charity’s Paediatric Low Grade Glioma Centre in Heidelberg, Germany.

Neil and Angela will be working extremely hard with your support to help the Charity recover income lost due to Covid 19.