Late diagnosis – when parents know there is something wrong. By his Mum Elaine.

On the 9 June 2004 our lives changed for ever. That was the day that our son Ben aged 14 months was diagnosed with a medulloblastoma brain tumour. Of course on that day we knew nothing about brain tumours but very quickly we were brought up to speed with the fantastic doctors at Alder Hey Children’s Hospital.

To say we were devastated on that day would be an under statement nothing in our lives up to that date could ever have prepared us for the journey we were about to begin. Ben had been ill on and off for about three months, as a premature baby he was always small for his age and not a great eater but we knew this was something more serious we just had to convince the six doctors we saw that we weren’t just being fussy parents. At around that time Ben developed a squint in his left eye and that’s when the alarm bells really started ringing for us.

Our GP didn’t seem too concerned but deep down we knew Ben was really ill. After weeks of fighting and pushing we eventually got an appointment with Ben’s paediatrician (due to being premature we had six monthly appointments). When we arrived he wasn’t available to see us but his senior registrar was and she immediately said “Has Ben’s head always been large?”. For me that was it I knew my worst fears had come true, he had a brain tumour. She looked into his eyes and could see the pressure build up, why hadn’t all the other doctors done that?

From then on we didn’t come home for two weeks. Ben had an MRI scan to assess exactly what we were dealing with we were told if he hadn’t been diagnosed he would have been dead within two weeks. Four days later he underwent a six hour operation to remove the tumour. Those early days at Alder Hey were a continual round of Dr’s visits and family and friends visiting Ben. The night before his operation we had lots of people in his room which was fantastic all that positive energy really did help.

Ben had a fantastic surgeon, Conor Mallucci, who was able to perform a full extraction of the tumour and was extremely positive about the outcome of the surgery. The day of the operation we asked him to give us our little boy back and that’s exactly what he did. We were home a week before Ben began an 18 month period of chemotherapy, every three weeks in and out of Alder Hey as well as chemotherapy at home. We learnt how to clean his central line and basically tried to live our lives as normally as possible.

That was seven years ago, although it still feels like yesterday to us, the emotional roller coaster of childhood cancer leaves a lasting mark on you. His consultant feels that there has been no lasting damage from the operation or chemotherapy and that Ben should grow and develop like any other child. Ben is a fantastic little boy; he is now eight and will be moving into Year Four in September. He attends a small independent school where the teachers and other children have been fantastic, they all know how precious and special he is and they really have taken great care of him to our relief. He plays drums, attends Ju Jitsu and is a member of a junior crown green bowling club. Academically he is doing fantastically well and for us he just continues to exceed our expectations and we are extremely proud of everything he does.

Our story is not unusual, unfortunately. We have met some fantastic families at Alder Hey and continue to meet up at different events; these are the people who really know what we have been through. The fear of cancer never goes away but as time goes on it is not the main focus of your thoughts and your life can begin to get back to some normality. We will forever be grateful to those health professionals who were instrumental in Ben’s survival and also to all our family and friends who helped us to just go on day after day. We hope Ben’s story gives hope to other families especially during difficult times. 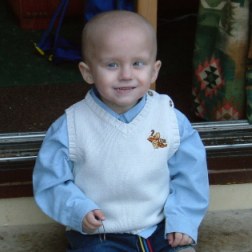 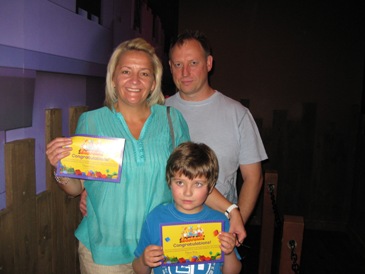 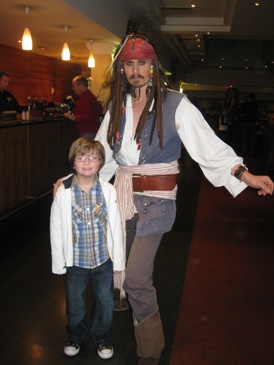