Home » News » “Cancer is always the third person in our relationship, but I’ve never been happier!”

Watching Julian Fiano on First Dates, Lucy Docherty felt drawn to him and knew that she wanted to get to know him.

“He had something about him that gave me a strong feeling I wanted him in my life,” she said.

But it wasn’t a light-hearted crush for Lucy knew that Julian, 32, had brain cancer.

He touched the nation’s hearts as he told his TV date that he’d been given nine-12 months to live when he was diagnosed with a glioblastoma – the most common aggressive brain tumour in adults – four years ago.

Lucy, 30, “felt compelled” to get in touch with him, and they became a couple.

“Our relationship has progressed to a level maybe neither of us expected,” she said.

“Now we live together and he’s my best friend as well as my partner.”

Despite her family’s concerns, Lucy is “happier than I’ve ever been.”

“My family was understandably very worried about me getting involved with Julian and they still are, although they like him and can see how happy he makes me,” she said.

“One of my friends said, ‘but what if you fall in love with him and then he dies?’”

But Lucy chooses to focus on the positive.

“Julian is young and active, and he’s doing well at the moment,” she said,

“I don’t dwell on him being ill because if we focus on that, we’re not enjoying what we’ve got in the present and it creates a negative energy.

“I’m fully aware of Julian’s prognosis and we face it head-on together, but I want to enjoy our relationship like other people our age and I feel blessed that we are able to do that.”

The couple have recently started discussing potentially having a baby.

“We both love children and having a family is something we both want from life,” said Lucy, who has a blog with Julian.

“Julian had his sperm frozen before he had chemotherapy so it may be possible we can have a baby.”

It’s not a decision they’re talking about lightly.

“We’re thinking long and hard as, if we did have a baby, we have to consider that I may be a single parent in the future and if that would be fair on our child,” said Lucy.

“But whatever happens, I know if we did have a child, they would always know they were wanted and loved.

“For now, though, the focus very much remains on our relationship and being there for each other.”

Julian became ill in 2016 when he was working as a youth coach and began suffering severe headaches and numbness on his left side.

After scans, he was diagnosed with a glioblastoma and given nine-12 months to live. He underwent a craniotomy to remove the tumour and had radiotherapy and chemotherapy.

Since then, he’s had two more operations and chemotherapy due to his tumour growing back. 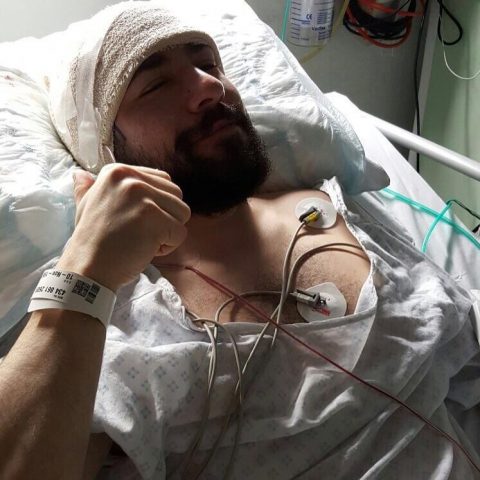 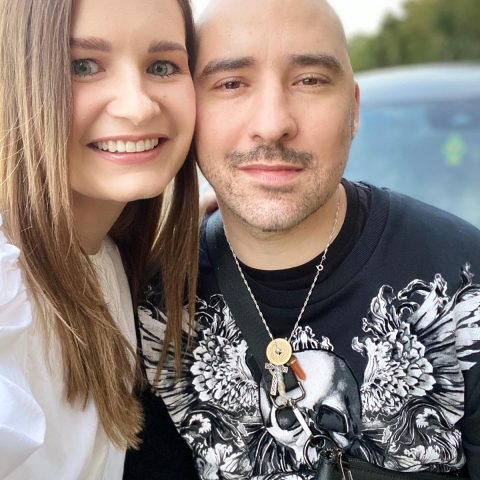 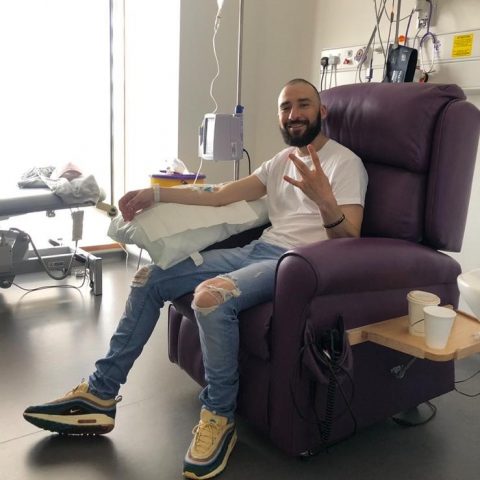 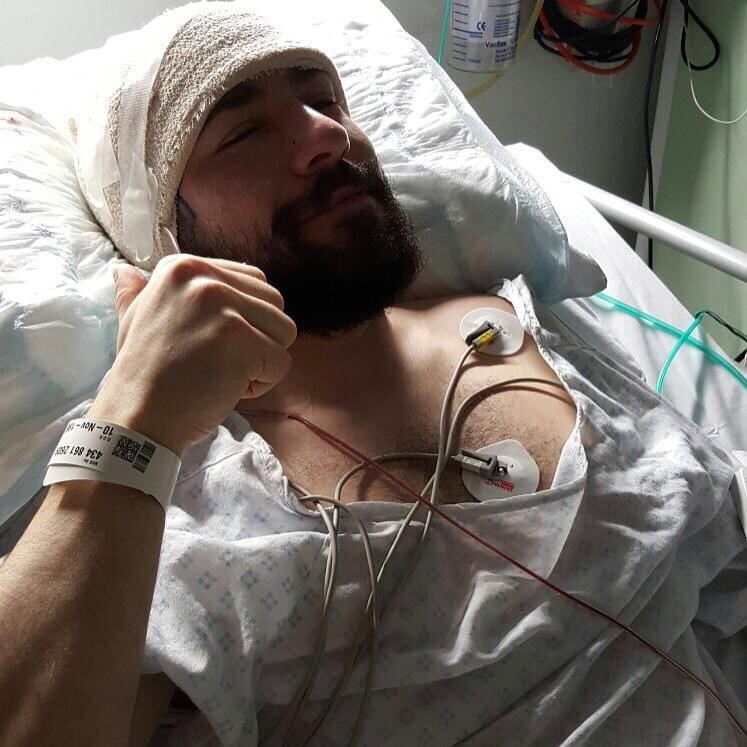 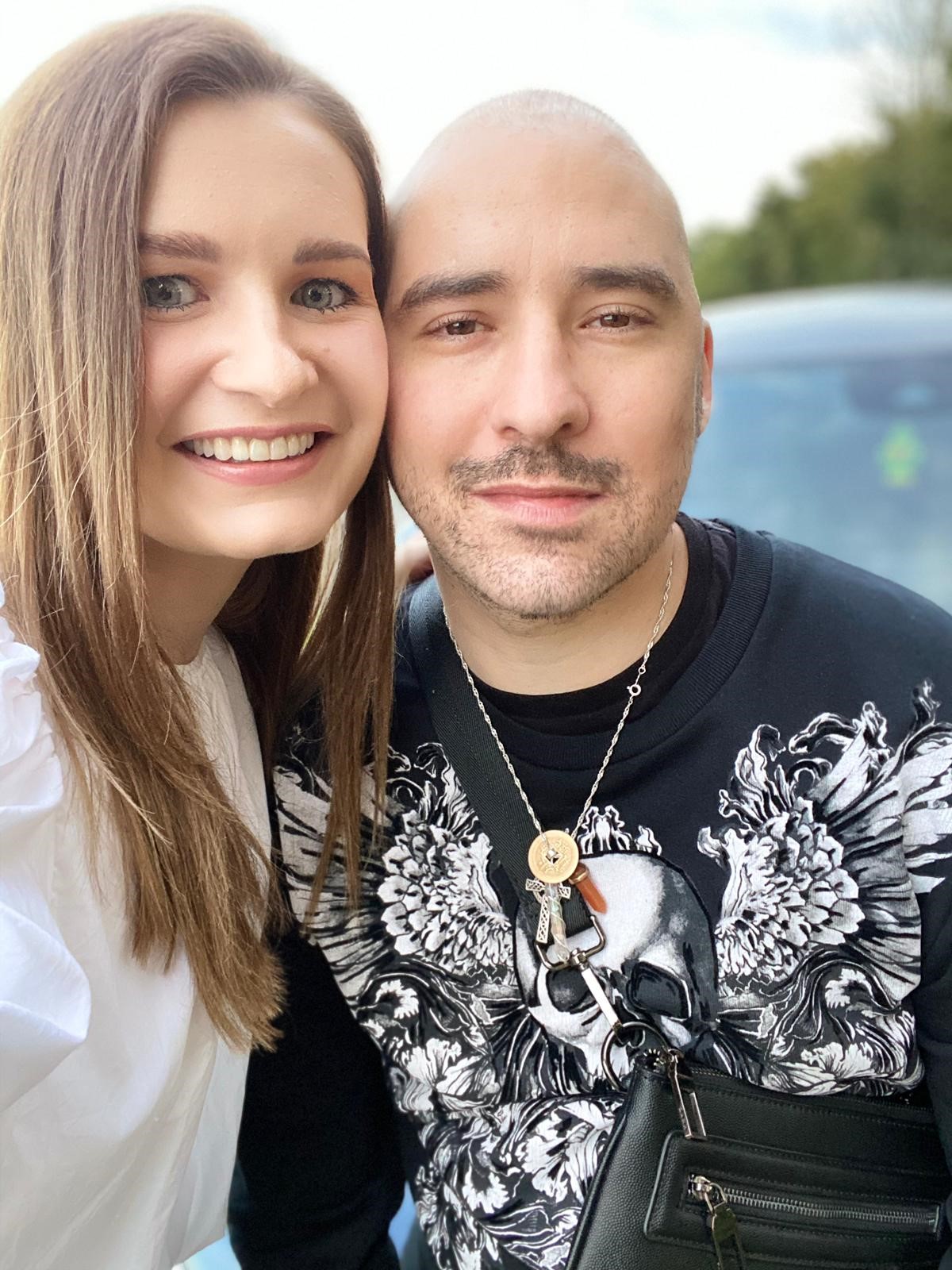 “Despite everything he was going through, he had such a positive outlook,” said Lucy.

“I loved his energy – and thought he was really handsome with a lovely smile.”

“That was very out of character for me as I’m quite shy,” she said.

“He messaged me back and we talked on Facebook a few times before swapping phone numbers.”

Over the next month, they chatted on the phone.

”We just chatted about day-to-day things and our interests – I wanted to get to know him as Julian, not a cancer patient.”

They had their own first date in January 2019 – a steak dinner in Lucy’s home town Colchester.

“I’d been single for two years and was so nervous,” said Lucy.

“My WhatsApp was pinging with messages from my friends giving me moral support and helping me to decide what to wear. I went for jeans, heels and a leopard print top.”

It felt “surreal” to meet Julian in person.

“As I’d seen him on TV and he’s very active on social media, it felt like I already knew him,” said Lucy.

“I felt shy at first but he’s so chatty and natural, he immediately put me at my ease.”

But they didn’t see much of each other or the next few months as Julian was anxious about embarking on a relationship with Lucy.

“He didn’t think it was fair on me and said that it would be another person who loved him who would end up getting hurt,” she said.

In May 2019, a five-day trip to the Isle of Wight proved a turning point.

“We talked for hours and I reassured him I knew what I was getting into,” said Lucy.

“I told him I’d fallen for him and wasn’t going anywhere just because things might not always be simple, and that I knew there would be difficult, challenging times.

“We told each other we were in this together.”

As their relationship deepened, Lucy saw Julian’s vulnerable side.

“He’s very jokey and positive but, as we became closer, he let me see his emotional side that he lets people really close to him, like his brothers, see,” said Lucy.

“When he has his bad days, I just listen to what he’s going through… I can’t say, ‘everything’s going to be OK,” because it isn’t.

“But I can listen to him and be with him in how he’s feeling.

“We had to learn to be very honest with each other right from the beginning.”

Lucy’s way of coping is to be fully informed and involved.

“I go with Julian to all the appointments and treatments I can,” she said.

“I like to understand what he’s experiencing and the impact of his treatment so I can support him in the best way I can.

“It’s not easy because cancer is always there – like the third person in our relationship – and we have to take it day by day.

“It was difficult in the beginning not be able to book things in advance and how Julian feels comes first over everything.

“I’m organised and like to have everything planned, but I’ve become more spontaneous now.

“Now I know Julian better, we’ve grown together and we are totally open with each other.

“Coping with his prognosis and challenges is something we do together instead of individually.”

One challenge for Lucy is often feeling “forgotten” as the partner of someone living with a brain tumour.

“People always ask how Julian is and how he’s doing, but don’t usually ask how I am,” she said.

“Partners and families are often forgotten but we also live with our loved ones’ cancer and it has a big impact on us, too.”

“It’s not a one-way relationship – Julian is so supportive and encourages my development and career,” said Lucy, who starts a job as a hospital operation theatre assistant next month. 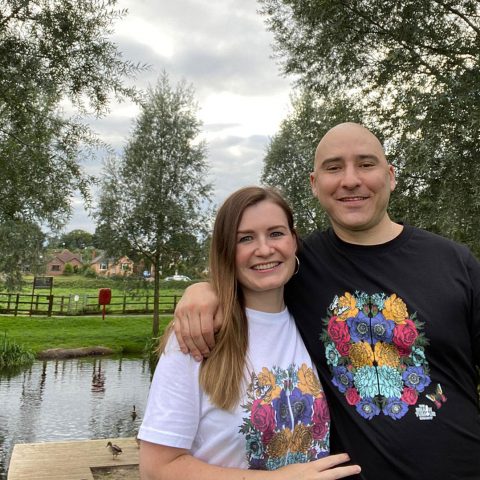 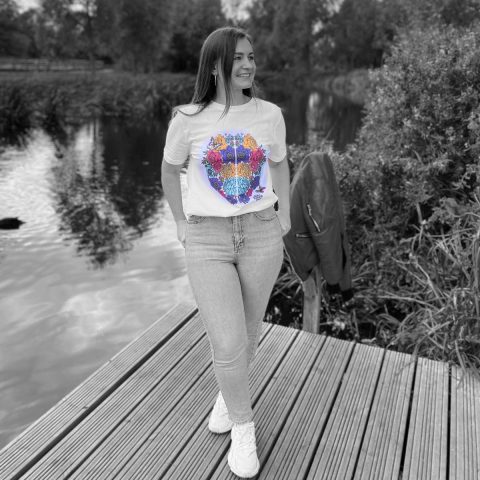 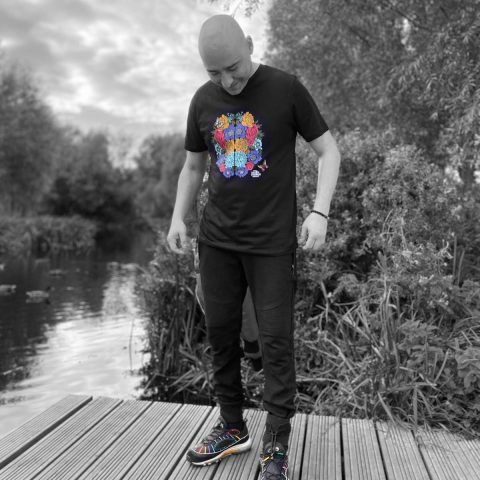 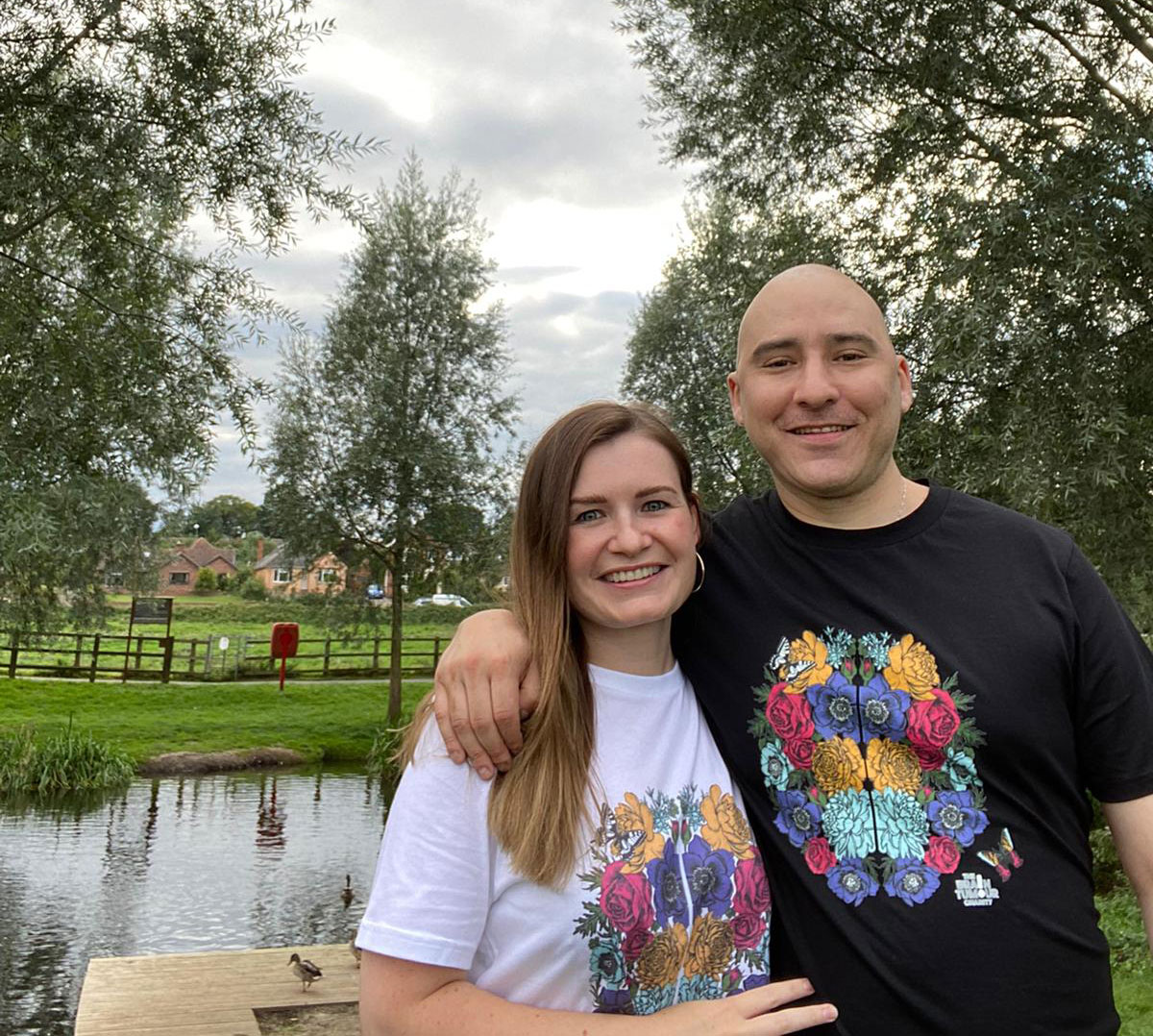 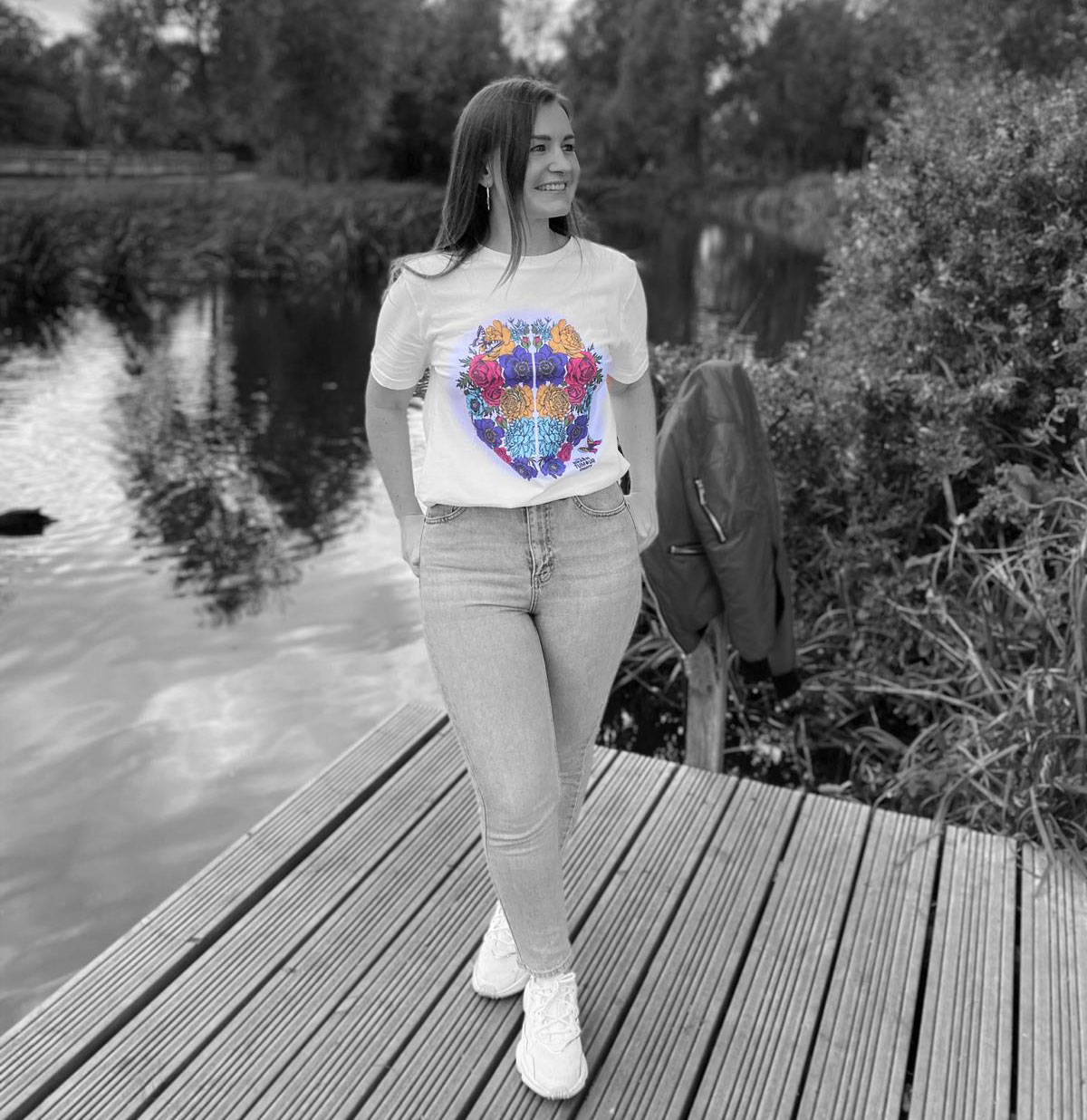 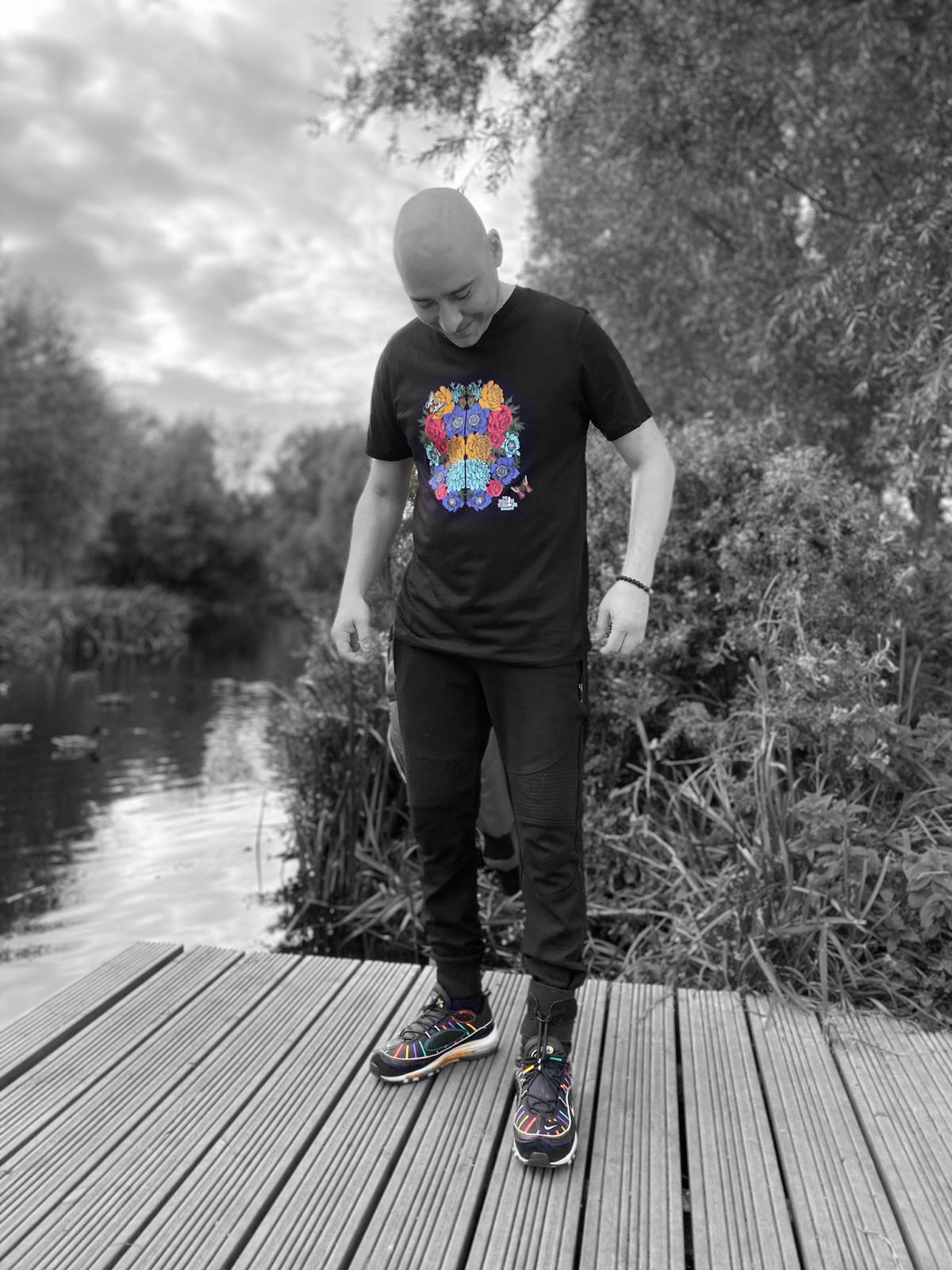 And Lucy is sharing her story for the first time to help The Brain Tumour Charity raise awareness and backs its Great Minds campaign to raise funds for research and supporting people living with a brain tumour.

“I support The Brain Tumour Charity’s vital work as research to find better treatments and one day a cure gives hope to people like Julian and me,” she said.

Now the couple live in the moment.

“We wake up and take each day as it comes,” said Lucy.

“Julian was told he had 9 to 12 months to live over four years ago and he’s still here – and we hope he’s with us for some years to come – he’s a person, not a statistic.

“He’s taught me that life is for living. We’re realistic but have made a conscious decision not to live in fear.

“If we’re too fearful of the future, we won’t enjoy what we’ve got right now.”

Julian said: “Right after my diagnosis in 2016, I felt suicidal. I remember lying in my hospital bed and thinking it would be better if I wasn’t here – I didn’t want to be burden to my family and cause them suffering.

“But I changed my perspective and started counting my blessings. It’s taken cancer to make me realise how precious life is and what’s really important – being surrounded by the people I love.

“After First Dates, I got a few messages but when I looked at Lucy’s Facebook profile, she stood out as she seemed so genuine and natural.

“At first, I shied away from anything serious as I didn’t want to risk hurting Lucy, but she convinced me we should go for it.

“Thinking about having a baby together is a huge decision. If we went ahead, I’d want to be around to see our child grow up but I have to accept that may not happen.

“If I’m not around, I know Lucy would be a wonderful mother.

“None of us knows what the future holds, and I can’t just sit around waiting to die. Why shouldn’t I carry on with my life and want the things that everyone else wants?

“So I’m focusing on the now and living my life. Everyone calls me ‘Julian the brain cancer guy’ but Lucy makes me feel like a person, a man.

“It may not have been in the usual way, but I’m so grateful First Dates found me love and I’m blessed to have Lucy at my side.”

Sarah Lindsell, chief executive of The Brain Tumour Charity, said: “We are very grateful to Lucy for sharing her and Julian’s touching story to help us raise awareness.

“As Lucy says, a brain tumour diagnosis has an impact on partners and the whole family, not solely the person living with a brain tumour, which is why our support services and new Relationship Support Service are incredibly important.

“Research is our only real hope of finding a cure for this brutal disease which is why, despite Covid-19, we are funding £4.8 million for vital research over the next five years.”

Originally published on The Daily Mail