Teenager Shane Gunby suffered problems with his mental health after late diagnosis of his brain cancer – he went to the doctors over 20 times with symptoms of headaches, eye pain and delayed growth.

Music-mad teenager Shane Gunby had his whole life ahead of him – but then he was diagnosed with a devastating brain tumour and had to come to terms with “not being the person I was meant to be.”

The 15-year-old’s symptoms, including headaches, fatigue and eye pain, were repeatedly dismissed as a virus or exam stress in over 20 visits to doctors in five months.

Shane had also been suffering with delayed growth and puberty.

When a GP told him he had hay fever and sent him home with a nasal spray, it was the last straw for worried mum, Clare.

Instinct told her there was something far more sinister wrong with her son and she took him to A&E and scans revealed he had a brain tumour.

Now Shane features in a video made by The Brain Tumour Charity as part of Mental Health Awareness Week (May 13-19) speaking out about the challenges his diagnosis triggered for his mental and emotional health, so other young people know they’re not alone.

“I went from being known as ‘the short kid’ to ‘the kid who had a brain tumour,’” said Shane, now 22, from Nottingham.

“That made me feel even more different and isolated.

“All teenagers want to fit in but I felt alone and locked out. After my diagnosis, I struggled mentally and it had a big impact on how I thought about things.

“I was so much smaller than my friends and lost a lot of weight,” he said.

“I was always the ‘squeaky’ one as my voice didn’t break when everyone else’s did.”

In January 2012, he developed further symptoms including eye pain, headaches and fatigue.

“I spent a lot of time sleeping – I’d come home from school and go straight to bed,” said Shane.

“Although I knew this wasn’t normal, I just adapted to it and it became my normal.”

“I had severe headaches every day and they were so unbearable, being asleep was the only time I felt at peace.

“Friends stopped inviting me out because I was always too tired or sleeping – then they just stopped asking.

“I’d miss family outings and parties because I was wiped out.

“Just before my diagnosis, it was my mum’s birthday barbecue and I spent the whole day in bed.”

Clare took Shane to A&E at their local hospital in May 2012 where an MRI scan revealed “a growth” on his brain.

They were taken by ambulance to Queen’s Medical Centre in Nottingham for a more detailed MRI scan, and Shane was told he had a brain tumour.

“The doctor, me and my mum were in tears,” he said.

Biopsy results revealed that the tumour was a cancerous pineal germinoma, on his pituitary gland, explaining his delayed growth and puberty.

It was too deep in his brain to operate and Shane had a gruelling four-week course of radiotherapy.

“It wiped out my tumour, but it was tough going,” said Shane.

“I was heartbroken when I lost my long hair, which was my pride and joy,” said Shane.

“I’d been in a band since I was in year 7 for years until I was too ill, and have always fancied myself as bit of a rocker!” said the Bon Jovi fan, who plays guitar on The Brain Tumour Charity’s video sound track. 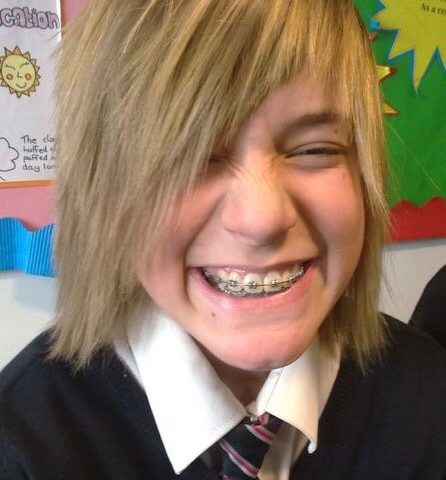 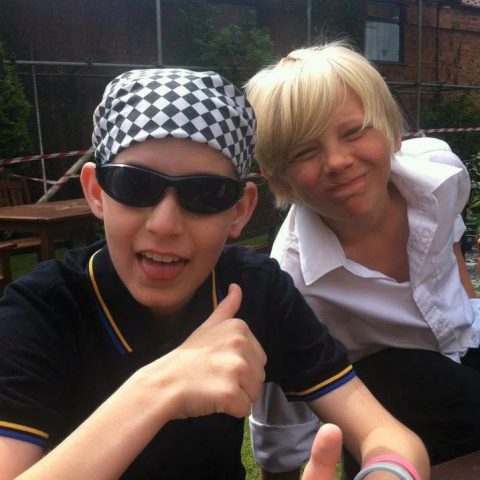 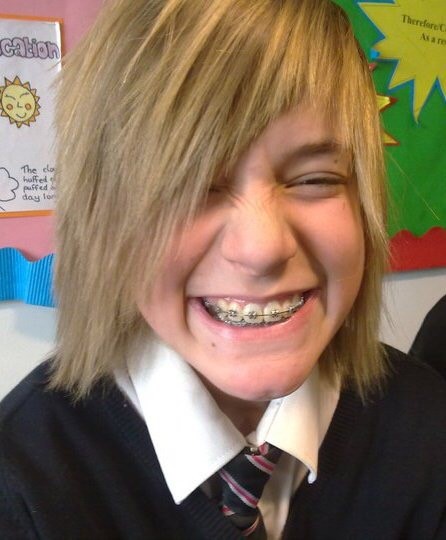 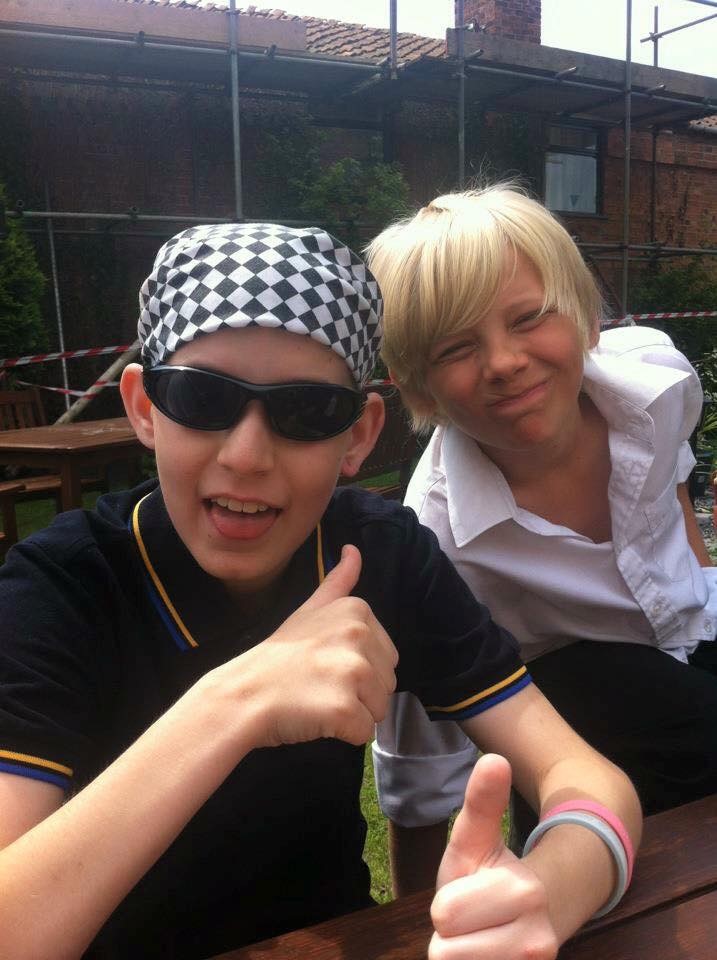 Shane with his brother Jamie

“It was like I was watching life as an observer, rather than being part of life,” he said.

“Struggling to process what had happened to me felt like a battle with my own mind.”

Despite Shane’s challenges, he managed to pass most of his GCSEs and re-sat English, before going to college to study music for three years.

“Music is my therapy – playing or listening to it makes me go into my own little zone and takes me to my happy place – and gives me belief things will work out.”

Shane, now six foot, has scans once a year.

“I’m doing well and working full time as a hotel receptionist, which I love, “said Shane.

“I still get the odd headache and I’m on hormone replacement medication, but I count my blessings.

“I’ve had brilliant support from my family and becoming a Young Ambassador with The Brain Tumour Charity to help raise awareness is the best thing I’ve ever done.

“Talking to other people who ‘get it’ at our meet-ups and in our closed Facebook group really helps.

“I took part in the video because I want to help other young people who are struggling after diagnosis as it helped me when I learned to speak out and share my feelings.

“No one should feel embarrassed about having mental health issues. Don’t bottle everything up and talk to someone.

“From struggling to accept the person I was, I now feel a bit stronger each day – having a brain tumour and overcoming my problems has helped shape the person I am today.”

Emma Wood, The Brain Tumour Charity’s Young Adults Services manager, said: “We’re so proud to have Shane as a Young Ambassador and grateful he took part in our video for Mental Health Awareness Week.

“Being diagnosed with a brain tumour can have a huge impact on young people’s mental and emotional health.

“The shock of diagnosis, treatment and struggling to adjust to the ‘new’ them means they are often facing lots of different challenges, which can trigger depression.

“By speaking out about his mental health and coping mechanisms, along with the other young people in the video, Shane is helping others know they’re not alone and empowering them to confide in someone.”