John expressed an interest in supporting The Brain Tumour Charity to fund research into the disease. Rachel wanted to support him and, although she admits that she wasn’t much of a runner, she took on the challenge to raise much-needed funds for The Charity.

Rachel said: “Previously, I was someone who didn’t do exercise. I preferred being at home, watching TV and relaxing. But, four months before John was diagnosed, I’d decided to take up running and, after he was diagnosed, I decided to put my new hobby to good use.

“To go from being someone who would fall apart after running 200 yards, to being someone who could run 13.1 miles was a huge achievement. Each time, I found the races very difficult, but I would think of John and it would pull me through.”

With her husband’s diagnosis spurring her on, Rachel trained for and took part in two half marathons. She then decided to take on the London Landmarks Half Marathon and she was offered a place on behalf of The Brain Tumour Charity. This is despite Rachel having a mild form of COPD (Chronic Obstructive Pulmonary Disease) which can make it difficult to breathe. She says that running has actually helped her condition and would recommend that other people with it get out there and try some exercise too.

She said: “On Race Day, I went to meet a couple of The Charity’s staff. As soon as they greeted us, I felt that I had known them for years. They were so friendly and thanked me for my support. They told me that they would be there, cheering me on around the course, which gave me a real boost.

“In fact, the support – both from The Charity’s team and from all the supporters – was beyond words. Every time I saw the team, they were cheering, taking photos and shouting my name to spur me on. It was just so uplifting.” 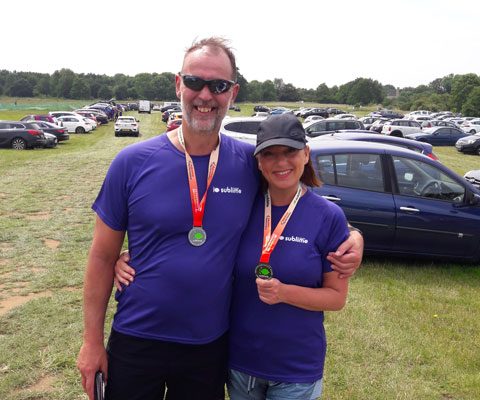 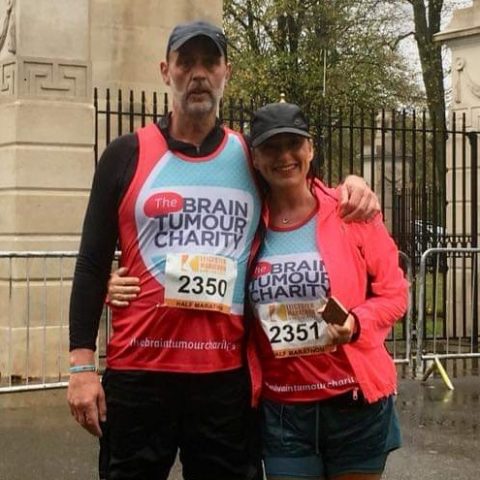 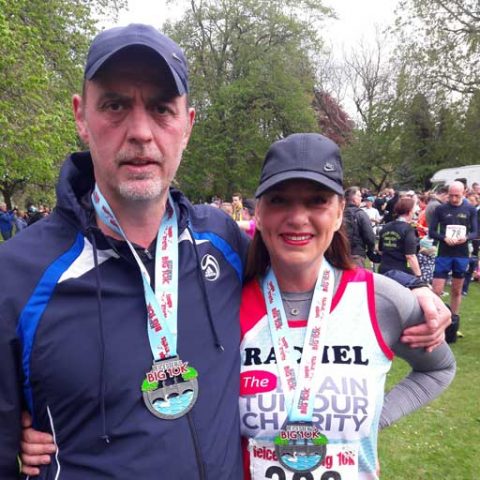 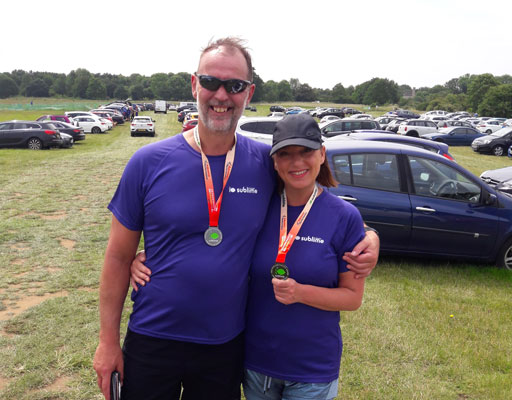 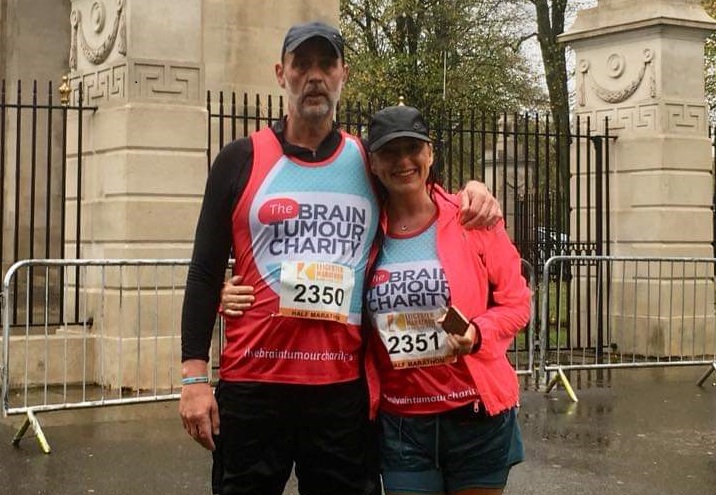 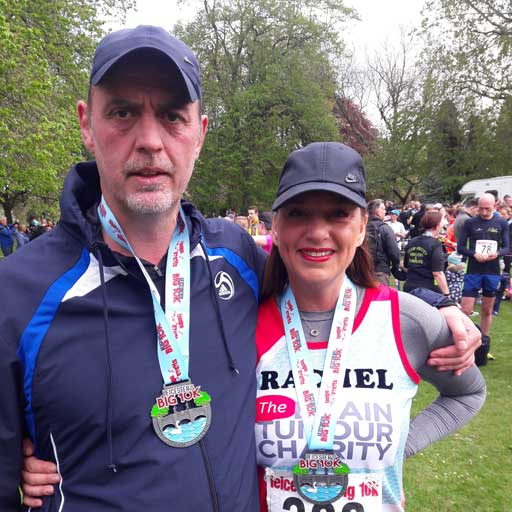 Rachel added: “Taking part in the run was very difficult and there were times that I struggled, but thinking of John kept me going. I just kept saying to myself: This is just a couple of hours of my life. John is having to deal with worse every day.

“When I finally crossed the finish line, I was exhausted but extremely happy. Getting to that finish line meant the world to me, because I’d done the race for John. I’m so glad I was able to do something for him and make him proud of me.”

John is now an ambassador for The Charity, and together the pair are determined to do anything they can to increase awareness of brain tumours and to raise as much money as possible. So far they’ve raised over £12,000 and are keen to keep going.

Whether you’re a beginner to running, wanting to get started, or a complete pro, looking for your next race, then look no further – we have lots of different running events you can take part in this year.