So far, HeadSmart has helped reduce average diagnosis times for childhood brain tumours from 13 weeks to 6.5. Now we want to accelerate awareness of symptoms and see diagnosis times reduced to four weeks.

Today, we’re sharing some of the recent highlights from HeadSmart with you.

In September, we delivered our first advertising campaign on Snapchat – a social media platform that is one of the most frequented social media channels for teenagers, engaging around 3.5 million teenagers in the UK every month.

Snapchat was an ideal platform to reach this particular demographic group at scale, allowing us to deliver a serious message in a fun and engaging way. The campaign reached over 1,218,700 individual teenagers and nearly 10,000 teenagers visited our campaign landing page to learn more about the full list of signs and symptoms. The photo filters were shared by teenagers, with their contacts, over 48,000 times, helping us to reach even more people and proved a highly successful first venture into Snapchat for The Charity. JustGiving has written a blog piece about the success of our campaign and we received further recognition from the online publication ”Digital Fundraising” which listed it in the top 12, best digital charity campaigns of 2019.

The campaign format used quirky ‘fail’ videos, which linked to a symptoms landing page, and offered exclusively designed filters that could be overlaid on selfie pictures, to reflect one of the four key symptoms of a brain tumour: vomiting, dizziness, abnormal eye movement and persistent headaches.

The campaign ran throughout the month of September to coincide with both childhood cancer awareness month and back-to-school time, when we were confident that the filters would start a conversation amongst teenagers reunited just after the summer holidays.

Support from our Young Ambassadors

HeadSmart materials continue to be in high demand, keeping our packing and despatch team fully occupied. Our new cohort of Young Ambassadors have been proactively disseminating HeadSmart resources in their communities. In 2019, they gave out over 7,000 symptoms cards to schools, opticians and community centres and distributed over 150 symptoms posters to healthcare professionals.

Contributing their energy and enthusiasm, these young people bring a real vibrancy to our shared cause, increasing awareness, and decreasing diagnosis times. We can’t thank them enough.

Since January 2019, HeadSmart has produced over £8.8 million of AVE (advertising value equivalence: estimated amount we’d have spent if we bought the coverage we achieved with our community’s stories). The elements that built up this AVE were the media mentions across print, digital, social channels and broadcast formats. These showcased the campaign’s success, featured supporters’ own powerful stories, and continued to drive awareness of brain tumour symptoms and diagnosis in children and young adults.

The Charity’s media monitoring system picks up weekly HeadSmart mentions across the UK’s multimedia platforms including ITV’s national helplines (December 2019), ongoing Hogmanay 2019 press, and many national titles including the Daily Mail, The Mirror and The Guardian, with potential audience reach in excess of 100 million.

Our Young Ambassadors and HeadSmart champions, such as Laura Nuttall and Yasmin Clapp have been regular media fixtures, helping us raise vital awareness of the work we do. 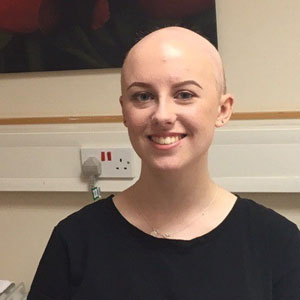 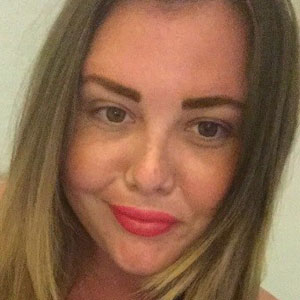 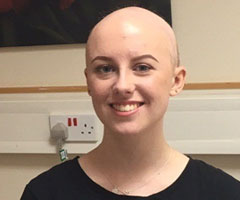 Laura tells The Lancashire Telegraph about returning to university just 10 months after being diagnosed with brain tumours. 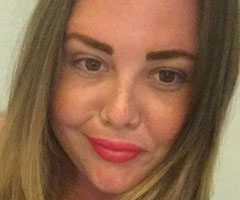 Yasmin tells The Daily Mail about the symptons that led to her brain tumour diagnosis, including smelling burnt toast.

Thanks to our dedicated PR and Media Team, HeadSmart has also achieved some high-profile exposure for HeadSmart in recent months. On the run up to Christmas 2019, the Mail Online covered the “Little Miss Bump” story which described how Shelley Dunlop, 30, from Dorset, thought her daughter Annabelle, 7, was unusually clumsy. She nicknamed her daughter “Little Miss Bump” because of her mishaps, but on one occasion after Annabelle had fallen out of bed, she was taken to hospital where a scan revealed she had tennis ball-sized brain tumour which necessitated a 10-hour operation to remove it.

Another major breakthrough for HeadSmart has been our partnership with Asda opticians. In early 2019, our Healthcare Engagement Team met some Asda Opticians at the Optometry Tomorrow Conference. Following collaborative discussions, we were delighted that Asda agreed to support HeadSmart by distributing our resources to over 320 Asda opticians within the Optical Centres of 154 Asda supermarkets during the summer of 2019. In our mission to raise awareness of the signs and symptoms of childhood brain tumours, this was a great success.