The Catherine Lynn Smith Fund was set up in memory of our beloved wife and mum. Her husband Roy and three boys Danny, Steven and Robbie aim to raise funds and awareness for The Brain Tumour Charity in memory of Cathy.

Cathy had a wonderful personality, a smile that could light up any room, an ability to make everyone feel loved and adored; she had a wicked sense of humour and an infectious laugh. She had a massive sense of loyalty to both family and friends and went about her everyday life in a graceful and dignified manner.

A huge thanks to everyone for the massive turn out and £1700 raised at Cathy’s funeral in December 2014 – we are sure this would have put a smile on Cathy’s face and has been put towards her fund for The Brain Tumour Charity.

It first became apparent Cathy was ill after collapsing on a June summers day in 2006 and was admitted in to West Middlesex Hospital, the doctors thought it could have been due to sun stroke as there had been no signs of her recently feeling unwell. Her condition continued to deteriorate whilst in intensive care and doctors didn’t think she would make it through the night. The following morning, amazingly, she came to and the doctors sent her straight to the neurology ward at Charing Cross Hospital where an MRI scan revealed a large tumour on the left temporal lobe of the brain. Cathy was given the opportunity to opt in for an operation called an awake craniotomy to try and remove as much of the anaplastic oligodendroglioma as possible. At the time, the operation was one of the first to be performed in the UK and had recent successes in Scandinavia and the United States. Cathy knew this was her best chance of beating the disease and remained positive leading up to the operation which turned out to be successful. A gruelling six week course of radiotherapy managed to clear the remainder of the tumour. 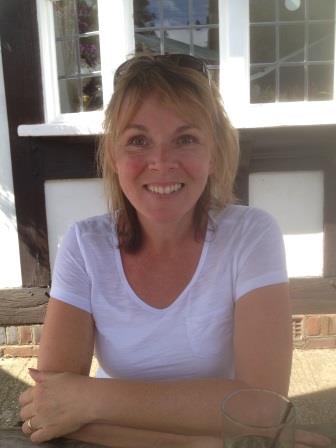 In July 2014 Cathy was taken in to Charing Cross Hospital for a check up after a short period of not feeling her usual self. An MRI scan showed regrowth of a tumour in the left temporal lobe and at the front of the brain, the consultants confirmed that undergoing surgery for a second time was out of the question. Chemotherapy was the chosen treatment and Cathy, her family and friends, and the doctors at Charing Cross remained hopeful that Cathy would have a positive response to the treatment. Sadly her health deteriorated quickly and after several trips to the hospital and adjustments to her treatment it became apparent that she would not be able to beat the tumour a second time round. Cathy spent the remainder of her days at home under the care of her family, her sister Trisha over from Australia and the superb palliative care team of the Princess Alice Hospice. She died peacefully on the 29 November 2014 at the age of 52.

Throughout her eight years of remission Cathy was a passionate supporter of the Samantha Dickson Brain Tumour Trust and later The Brain Tumour Charity as well as Cancer Research UK. The success of her treatment back in 2006 meant Cathy could live to see her children grow up and enjoy many more years of happiness. The Catherine Lynn Smith Fund aims to raise funds to support the research and development into finding improved methods of treatment and potentially a cure for the disease. We would also like to help raise awareness for the Brain Tumour Charity in order to help families facing the same difficulties in the years to come.