In September 2003, Ian was diagnosed with a Gliomatosis Cerebri following a few weeks of suffering from severe headaches. Ian was 29, at the time, married to Angela, for 3 years, all their hopes and dreams ahead of them.

In December 2003, Ian had a fit and ended up in ICU in a coma for 2 months. As he came out of his coma gradually, we realised that Ian could not see, as the pressure in Ian’s brain during the coma had damaged the optic nerves but, despite this, with great difficulty Ian learnt to talk, walk and basically to live again although this was very limited, as Ian needed the use of a wheelchair for great distances and personal care.

Ian was able to be home for his 30th birthday party with his family and friends; it was a miracle, a day we thought we would never see. Later in 2004, Ian began to deteriorate and needed 6 weeks of radiotherapy and, following routine scans, Ian’s tumour was in remission.

In 2005, we were able to enjoy a better quality of life, going to watch Ian’s favourite football team, AFC Wimbledon, going on the Lourdes Pilgrimage and doing as much as we could, bearing in mind Ian’s disablity and need. (Ian was on Clomipramine from December 2004). We thought we had turned a corner and, with Ian’s fight to battle on, we continued to live as best we could each day.

In March 2006, following another scan, we were told that the tumour was on the move again and Ian required chemotherapy in the form of Temozolomide. The tumour was now classified as a Glioblastoma Multiforme. At first things were looking better but, unfortunately and despite months of treatment, Ian deteriorated further. Ian was admitted into the Woking Hospice at the end of September 2006 and, following another scan, Ian died on 13th October with Angela, and his close family around him. He was 32.

Ian accepted his illness from the beginning, he learnt to cope as best he could, with a great deal of help from Angela and his family. His courage and fortitude was just amazing, and he will be remembered for his bravery, beautiful smile, the joy he brought to so many people whose lives have been touched by Ian. He is an inspiration to us all.

We miss you Ian, so much, life is so cruel, remember those hopes and dreams we had? Well, they are locked away in my heart but your memory, Ian, will live on forever.

"We have always been positive and lived in hope and our faith helped us through, and by setting up Ian’s fund through The Brain Tumour Charity, I hope to continue that positive attitude." 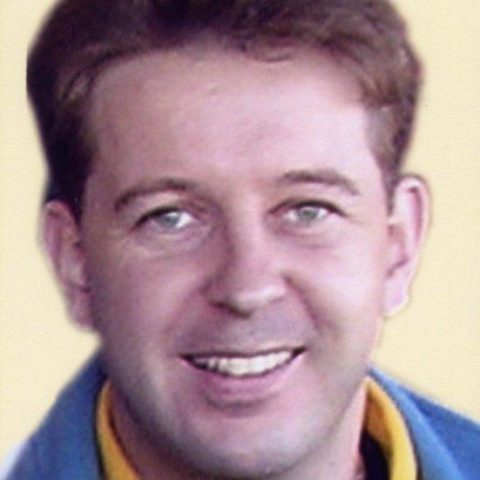 AFC Wimbledon have been a great support over the years and the match sponsorship on 6th October was no exception. 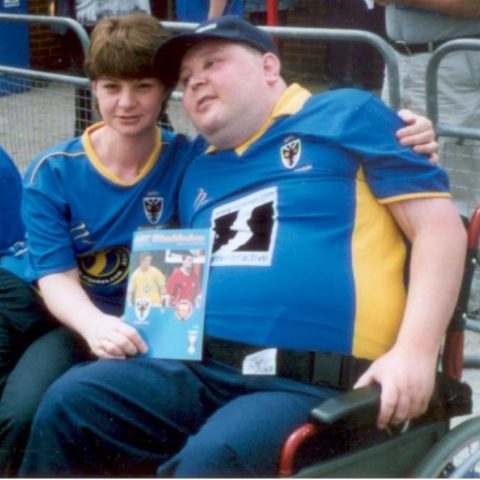 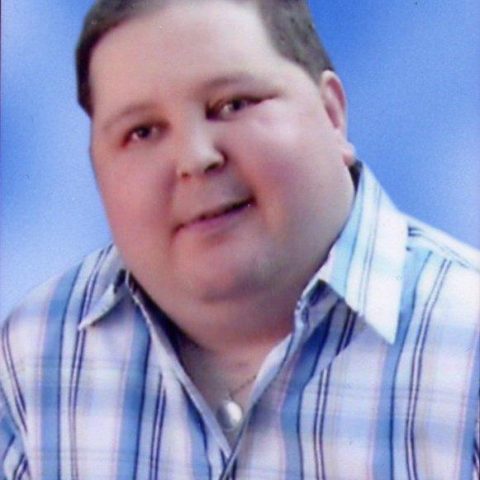 Angela and friends ran a stall at The Marist RC School's Christmas fair and raised £131.40 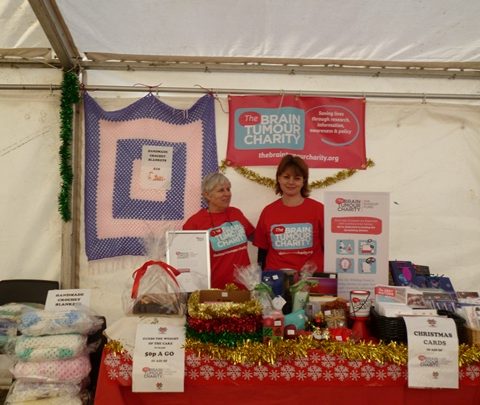 Tea Party – Many thanks to Angela and her supporters on the day, who raised a fantastic £108.85 for the Fund. 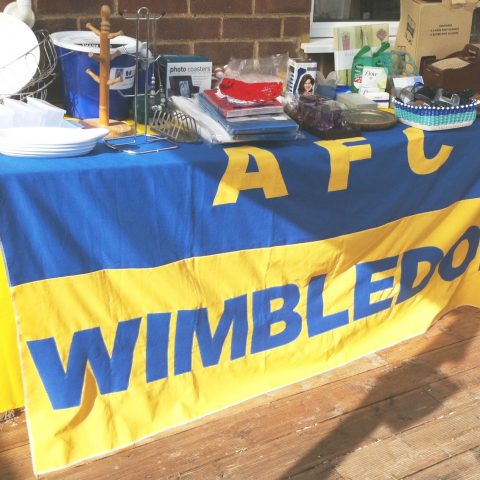 Ian’s brother and his girlfriend cycled from Lands End to John O’Groats and got engaged along the way! 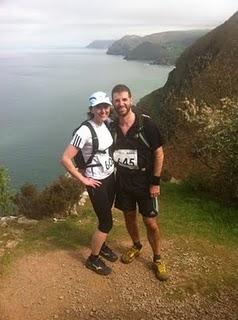 Angela sold Christmas cards at a local fair and and raised nearly £160! 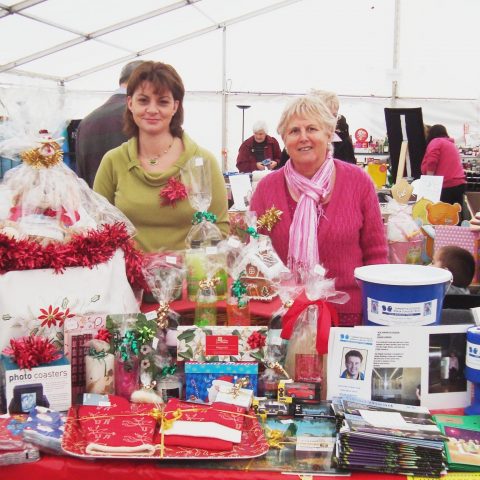 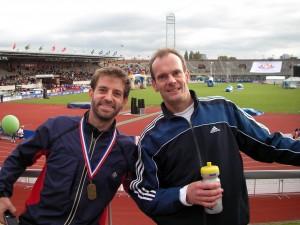 There was a concert for The Ian Widdup Fund at St Johns Church, West Byfleet where £1,300 was raised. 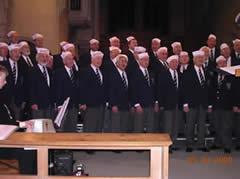 Ian’s Mum and Angela organised a stall at the local Church Christmas Bazaar and raised £139.78 for 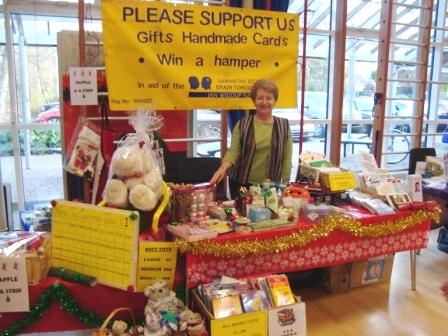 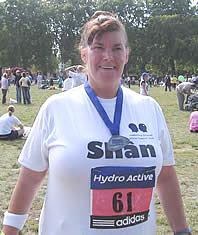 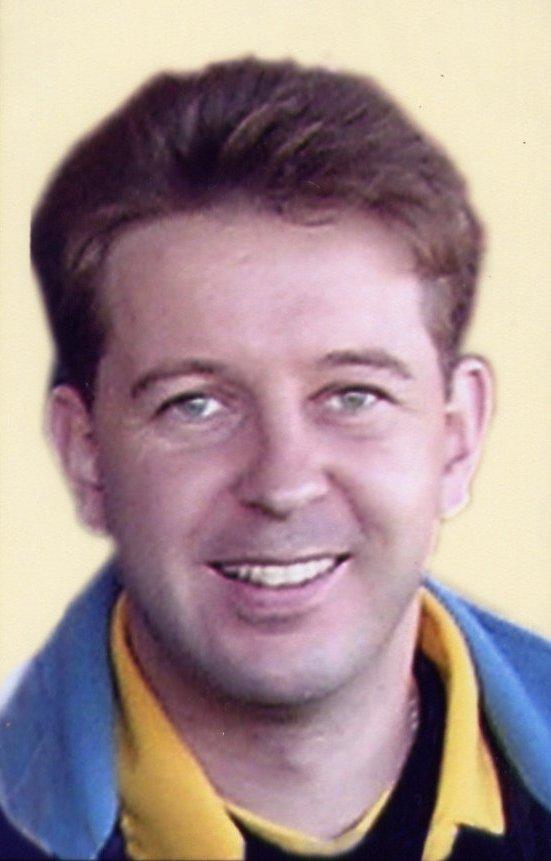 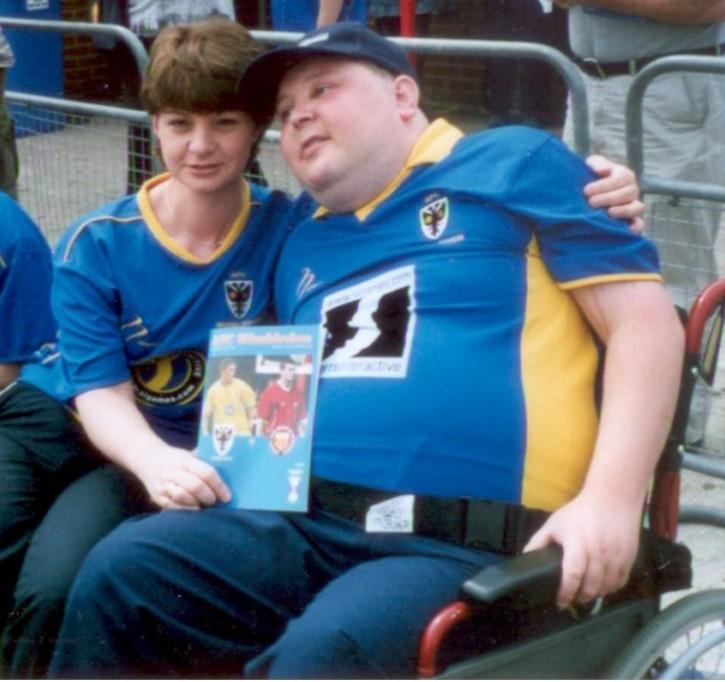 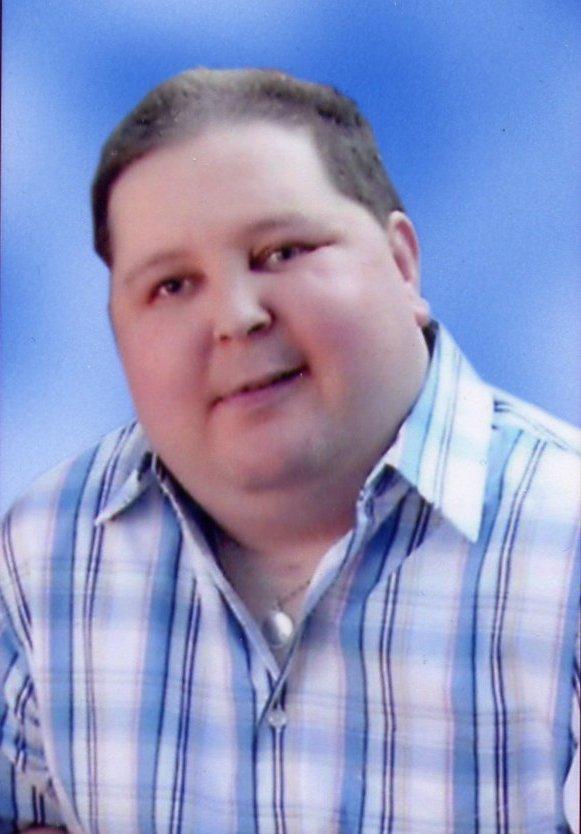 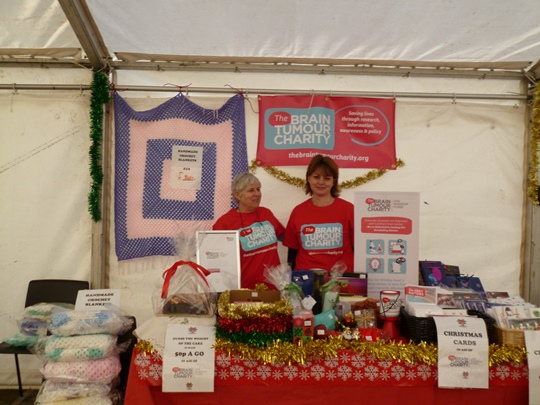 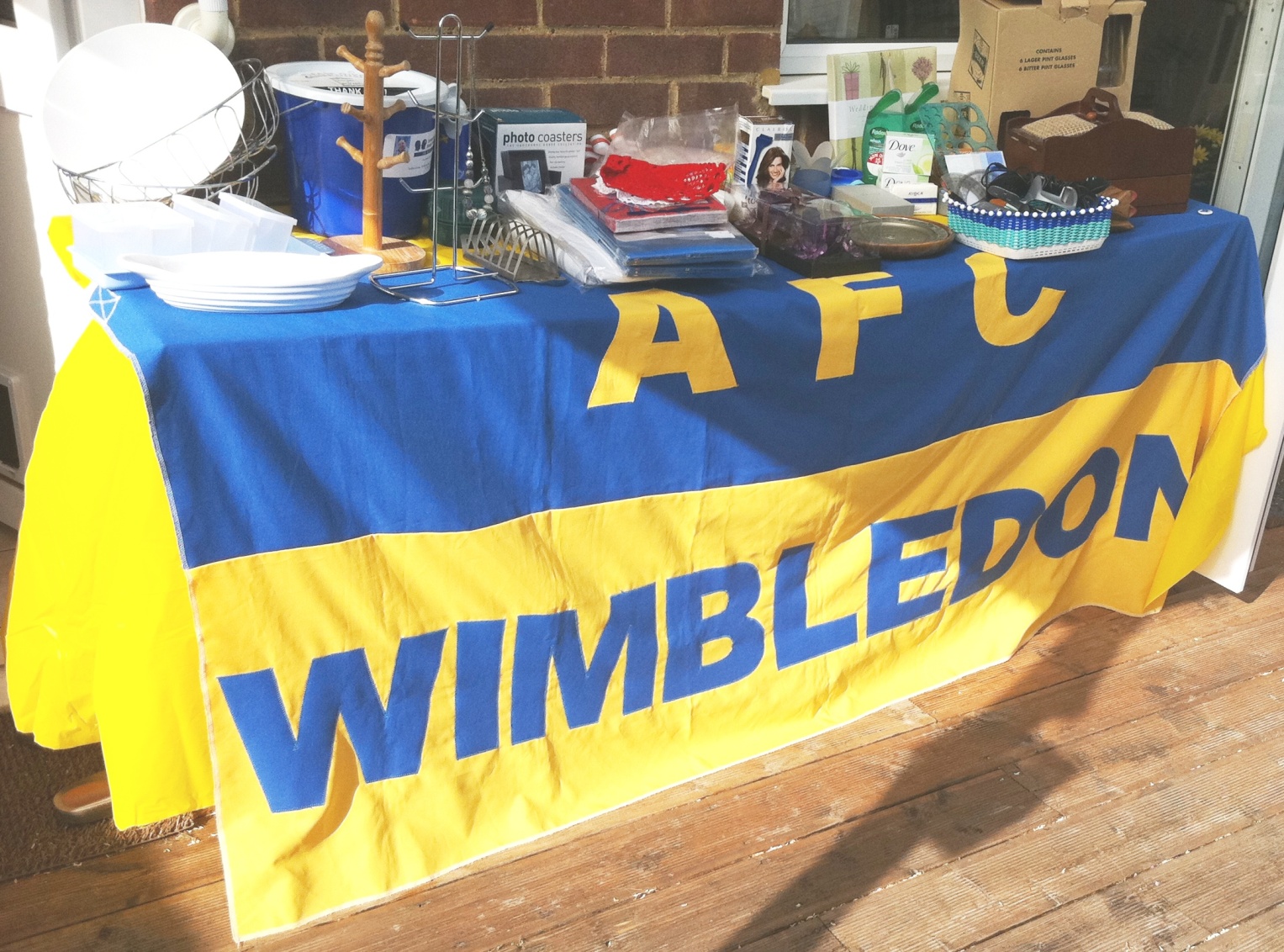 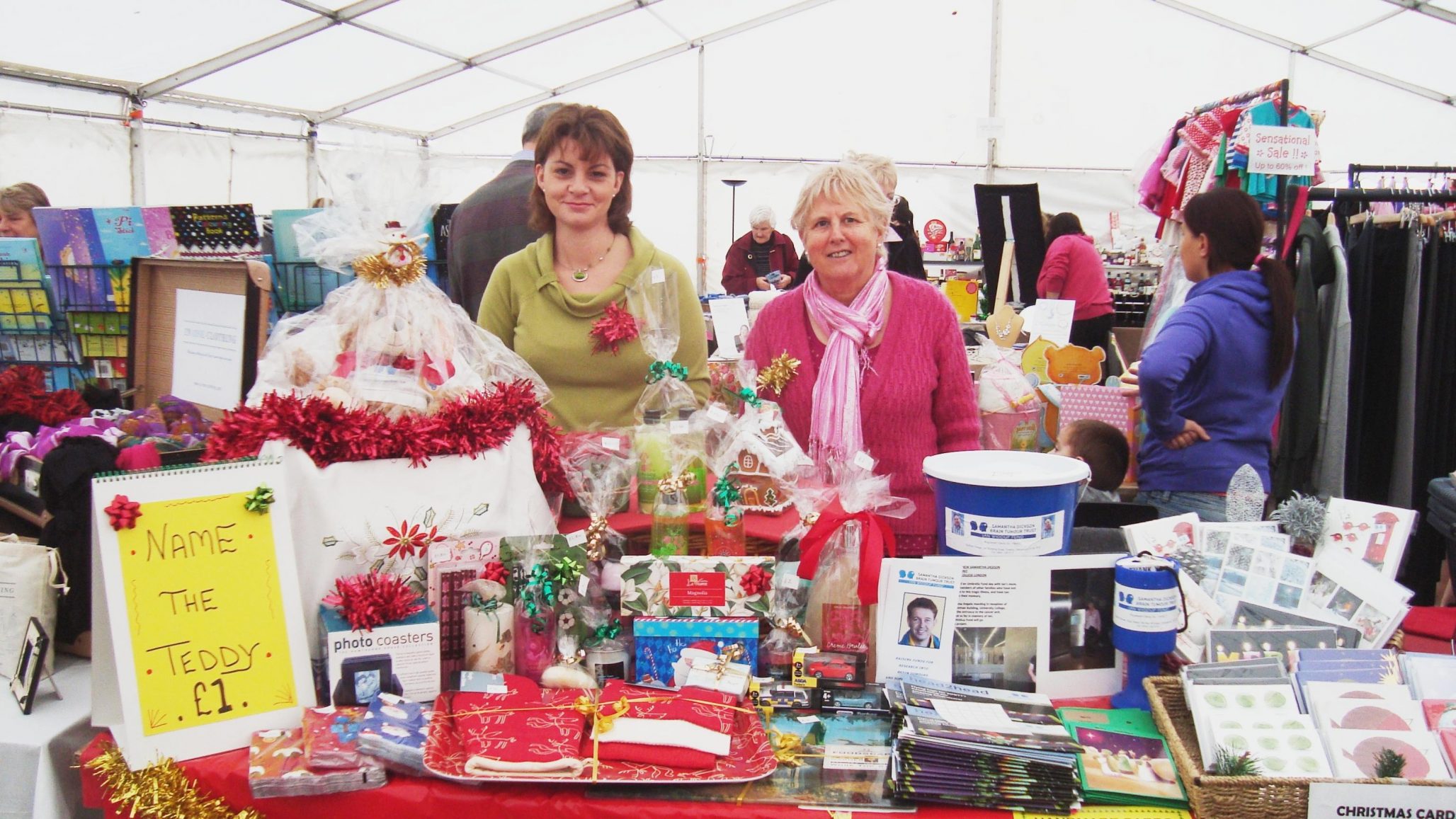