Temozolomide (TMZ) is a chemotherapy drug that has been shown to improve average survival rate for people with some high grade brain tumours.

Temozolomide (pronounced tee-mo-zol-oh-m-ide) is a type of chemotherapy drug that's approved for the treatment of glioblastomas and anaplastic astrocytomas.

Temozolomide is the chemical name of the drug. Temodal® and Temodar® are brand names of the same drug.

Large-scale clinical trials have shown that TMZ, when given alongside radiotherapy, improves average survival for people with high grade tumours, compared to those who only have radiotherapy. As a result, it's the main chemotherapy drug used globally for the treatment of glioblastoma.

Although TMZ, like all chemotherapy drugs, may cause some side-effects, the clinical trials have shown that the possible benefits when treating high grade gliomas far outweigh the risks.

How many cycles of chemotherapy can you expect?

If you’re about to have chemotherapy, or you’ve been told you’re not having it, you may wonder if this is usual in your situation. Find out with BRIAN’s Chemotherapy cycles insight, which you can filter to make it relevant to you. 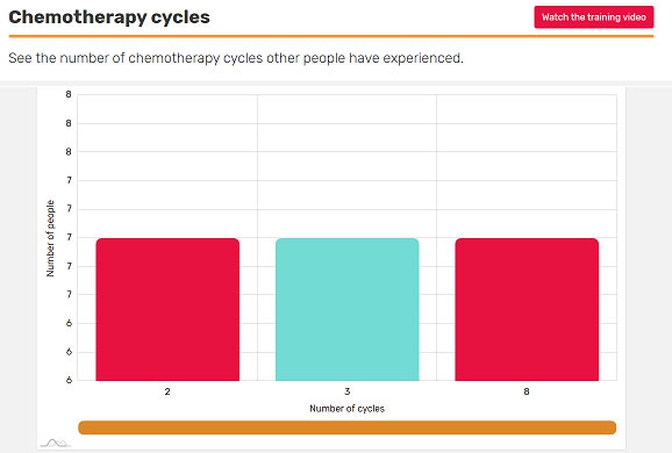 How is Temozolomide taken?

Your oncologist will decide what dose of TMZ you should take, based on your height and weight. The length of time you'll take TMZ for will depend on your response to the treatment. This ensures your treatment plan is tailored to suit you.

TMZ is usually taken as a pill on an empty stomach (one hour before a meal or two hours after) with a glass of water. It should be swallowed whole.

If you’ve been newly diagnosed with a glioblastoma, a typical treatment would be radiotherapy for up to 6 weeks, alongside TMZ taken orally every day. It should preferably be taken at the same time each day.

This initial period is known as the concomitant phase. During this phase, your oncologist will monitor you weekly. Your general health will be monitored along with regular tests, for example full blood counts or bone marrow function.

The results will then be used to decide whether you should continue to take TMZ as part of your treatment.

Four weeks after the end of radiotherapy you may enter the monotherapy phase of treatment. This involves taking TMZ for the first five days of a 28-day cycle and may last for several cycles. During this phase, blood counts will be taken once on the last day of each cycle.

TMZ might also be prescribed on its own for adults or children with high grade gliomas as a second line of treatment. This means if the tumour has not responded to other standard treatment, or if the tumour comes back - known as recurrence.

How does Temozolomide work?

TMZ is a type of chemotherapy drug known as an alkylating agent. This means it binds to the DNA in cells and interferes specifically with cell growth and division - preventing the tumour from growing.

Unlike many other drugs, it is able to pass through the blood-brain barrier (BBB) to reach the brain. The BBB is a membrane of cells that blocks potentially harmful substances in the blood from entering the brain.

In some cases, tumour cells can become resistant to the effect of TMZ. Research funded by The Brain Tumour Charity found that tumour cells containing more of a protein involved in DNA repair (known by the letters MGMT) are able to repair themselves and make the TMZ less effective.

At present, only a biopsy sample of the tumour can reveal the levels and form of MGMT present in tumour cells. Knowing the level of MGMT in tumour cells could enable your oncologist to tailor your treatment accordingly.

For example, if your tumour has lots of the MGMT protein (known as MGMT methylated) then high doses of TMZ may not be in your best interest because it's more likely you'll experience the unpleasant side-effects with little effect on your tumour.

Helping you prepare for chemotherapy

Sign up to get emails containing more information about chemotherapy, including hints and tips from others and questions you should ask your healthcare team.

We promise to keep your data safe and you can unsubscribe at any time in the future. More information is in our Privacy Policy