Living with a brain tumour herself, 34-year old Heather Dearie was one of the organising team for the event with walkers pledging to raise funds and unite as a community on the evening.

The walk is part of the nationwide September and October campaign by The Brain Tumour Charity to raise awareness and vital funds into research for treatments for this devastating disease.

Heather said: “The majority of The Brain Tumour Charity volunteers from the Prestwick area were brought together by the late Viv McBeth, Community Fundraiser for The Charity at the time for several years before she died from a brain tumour in 2017.

“Viv always wanted a Twilight Walk in Ayrshire, so for me personally it’s a way of honouring her memory and thanking her for everything that she did for me and so many others.

“It’s also a way for us all to do something productive to raise not only funds but awareness too for the charity and for brain tumour symptoms in general.

“Last year we had so much support from local people so hopefully this year will be more of the same. It’s also a chance for all of us volunteers to get together and for us to catch up with Katie Grier from The Charity, who is always a massive help with anything we do in Ayrshire and such a beacon of support for everyone affected.” 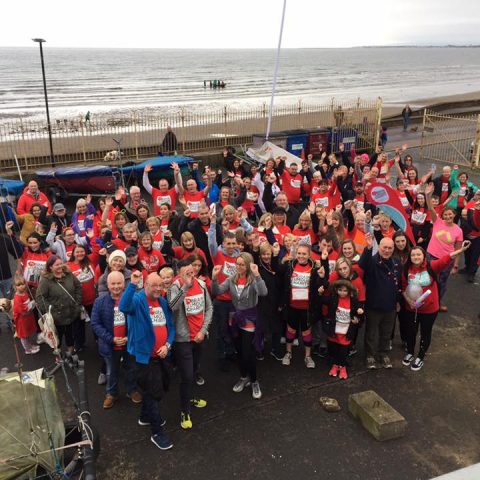 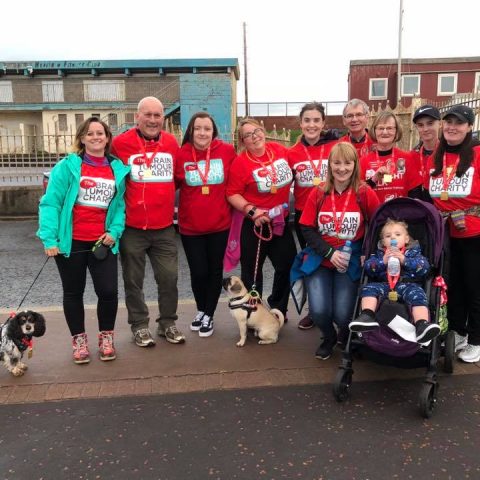 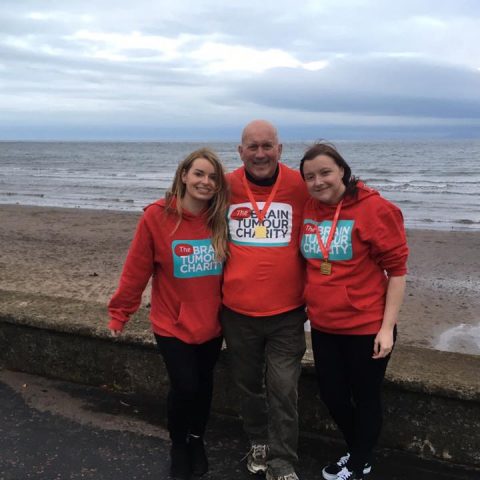 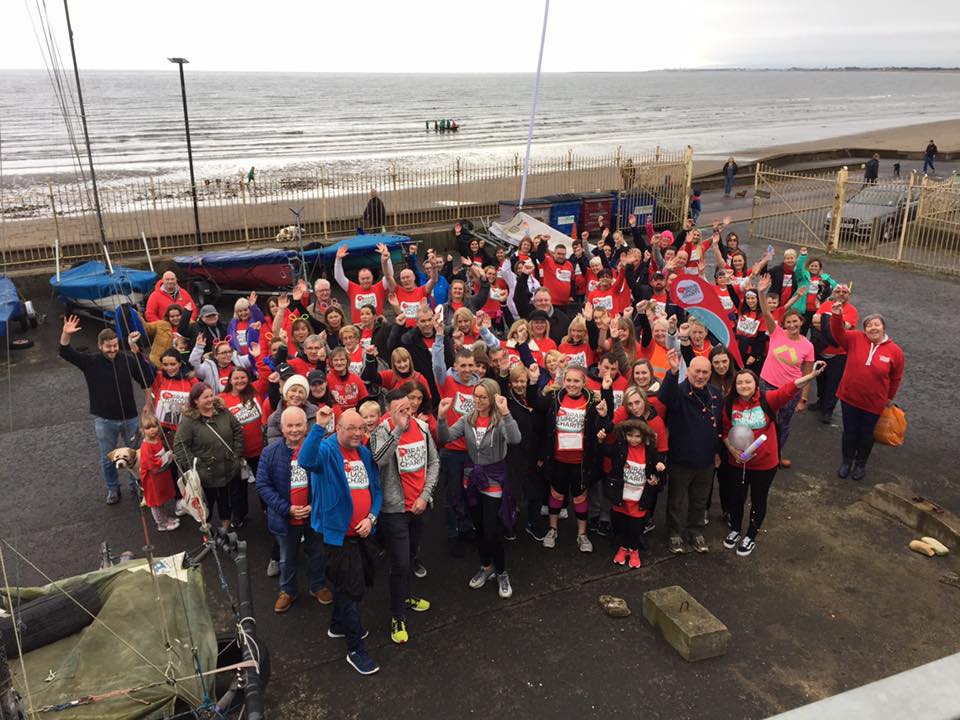 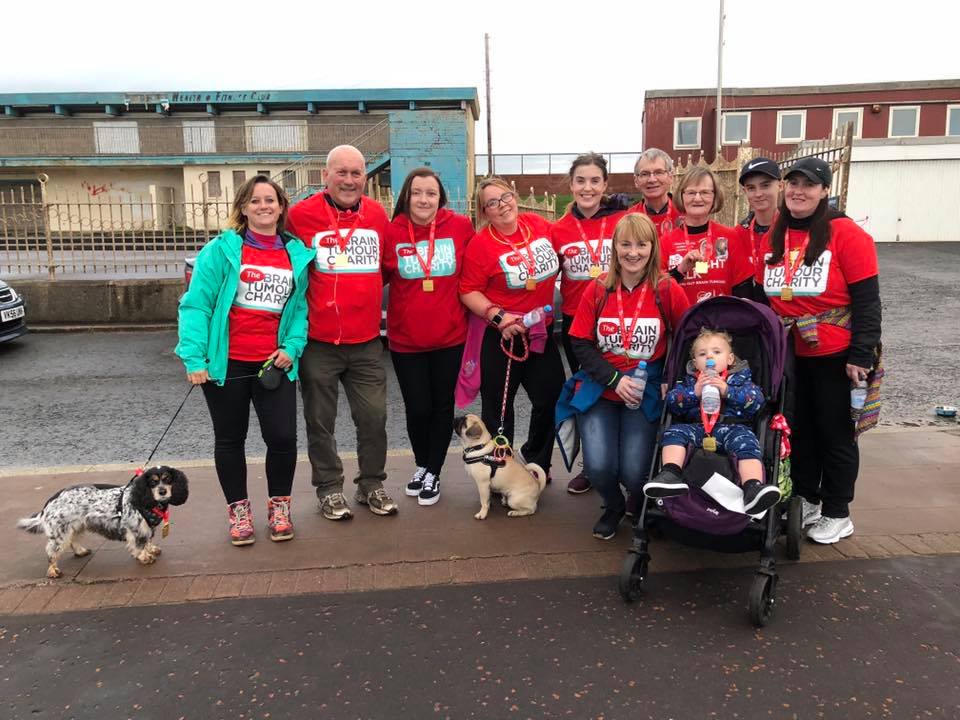 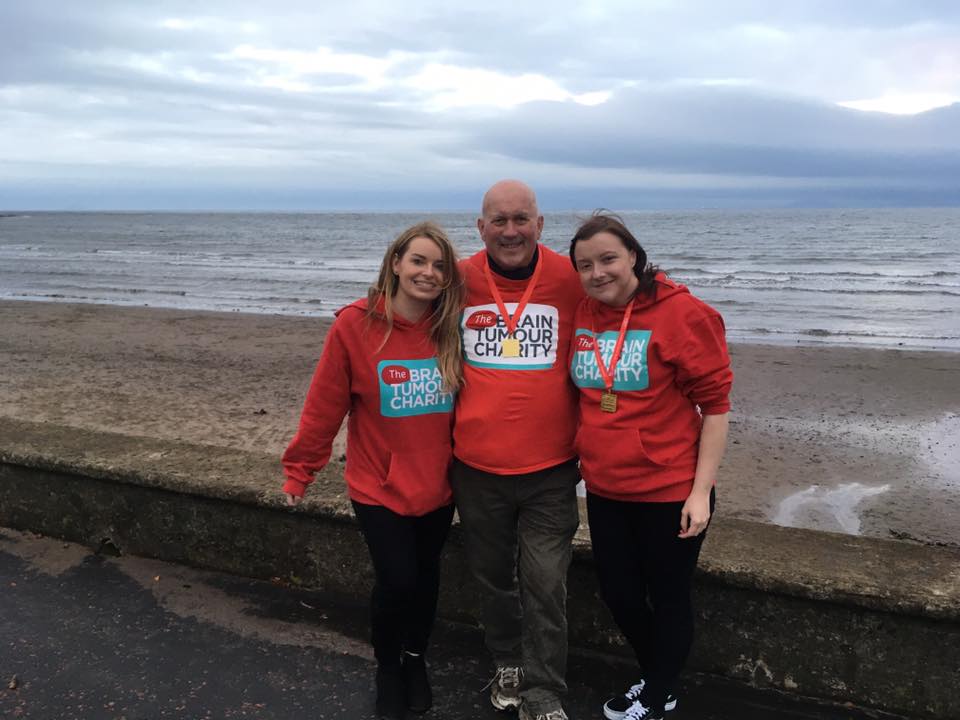 Heather was diagnosed with an acoustic neuroma in 2010 after 18 months of misdiagnosis.

Heather said: “After two brain surgeries which caused facial paralysis and deafness among many other side effects, and three facial corrective surgeries which have caused nerve pain, I’ve accepted my life will never be ‘normal’.

“I want to use my experience to raise awareness of both symptoms and The Brain Tumour Charity’s work, so that others won’t have to go through what I did.”

Morag Litton, part of the Prestwick Twilight Walk organising team and friend of Heather said: “I became involved with The Brain Tumour Charity in memory of my mum, Sheila McKay. It will be 20 years this year since we lost mum and there isn’t a day when I don’t think of her.

“By being part of the Prestwick Twilight Walk, I can show my support to every family affected by a brain tumour.

“We are not alone and we are all walking together.”

Barry Reid, another organising team member, said: ”Being diagnosed with a brain tumour at the end of 2017, I am helping organise this year’s Twilight Walk to raise awareness of brain tumours in young people and also young adults like myself.” 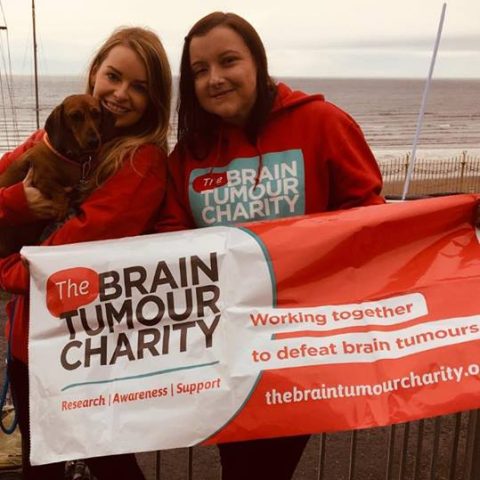 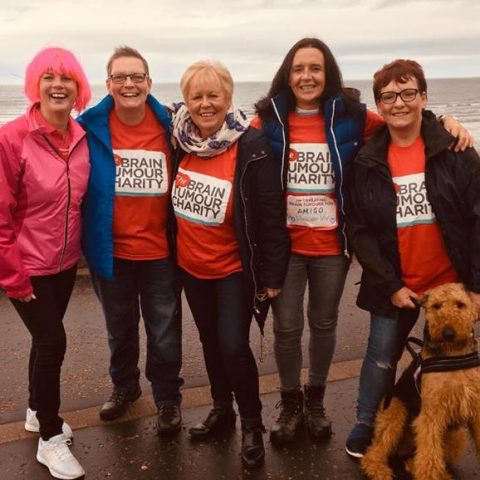 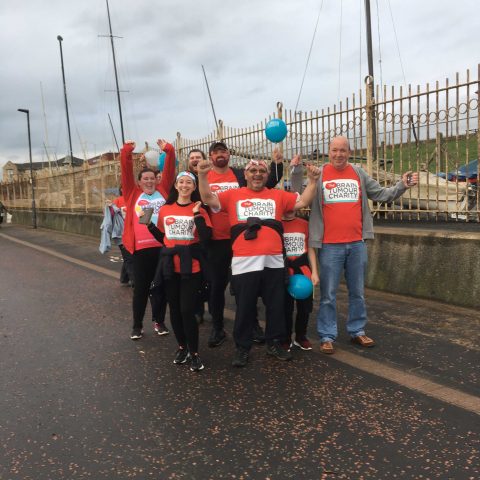 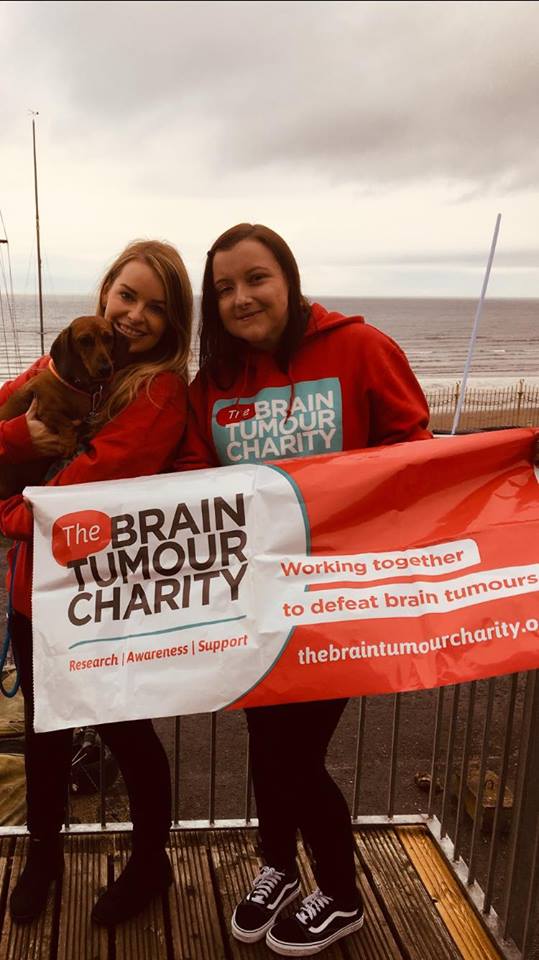 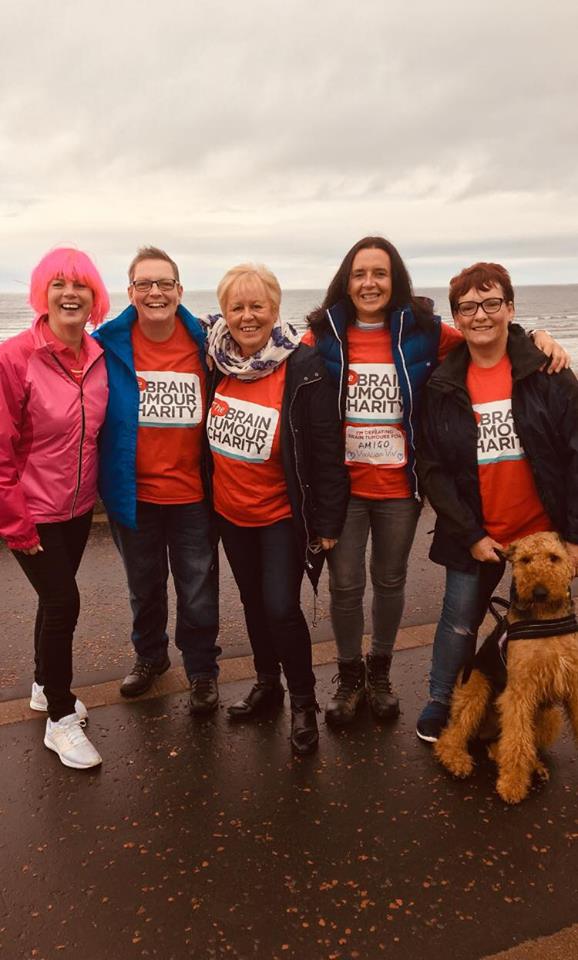 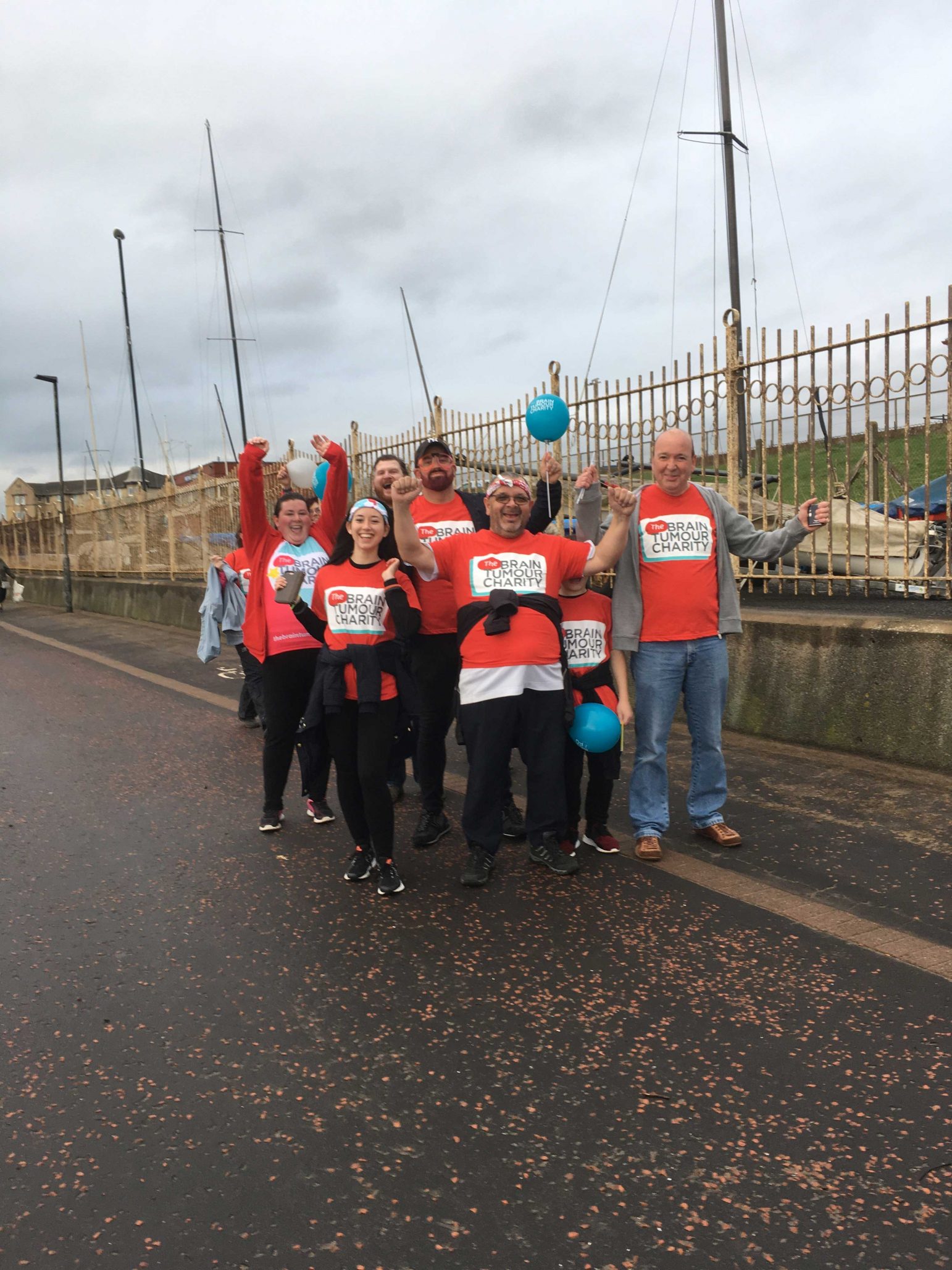 The Twilight Walk unites everyone in the brain tumour community, from those personally affected to the dozens of volunteers who turn out on the days to help with the event.

Katie Grier, The Brain Tumour Charity’s Community Fundraiser for Scotland, said: “The Twilight Walk helps to show people affected by a brain tumour that they are not alone.

“Last year the Prestwick Twilight Walk was a huge success, uniting so many people in our community and this year will be bigger and better.

“Last year’s series of nationwide Walks had thousands of researchers, nurses, those who are personally affected, friends and family taking part, and it was wonderful to do this to show that shoulder-to-shoulder, we can create change.”

Inspired by this story?

Organise your own walk this October in a way that means something special to you – any length, big or small, and in any location.

Invite your family and friends to walk and together raise money to stamp out brain tumours!