Home » News » “I was in two car accidents before my brain tumour was diagnosed.”

In the summer of 2020, Jennifer Bradshaw, now 28, from Bradford started having severe headaches, noise sensitivity, sickness, and seizures which at the time she thought were panic attacks. As time went on, these symptoms got worse as the seizures would last a little longer and she wouldn’t be able to speak or move properly whilst they were happening.

She spoke to her GP on a number of occasions and her symptoms were put down to anxiety and migraines which she was given medication for. Jennifer was put on a waiting list for an oncology appointment but she was warned that it would be a few months before she was seen. She was also given the details of some mental health helplines to contact if she started to feel any worse.

Initially, Jennifer felt listened to and understood by the GP but, as her symptoms worsened and kept happening, she got more worried and frustrated as she kept being given the same explanation without further investigation.

However, within just a couple of months, Jennifer had two seizures whilst she was behind the wheel of the car which wrote off both vehicles. The first was when she crashed into some railings on the side of the road near a roundabout and fortunately no one was injured. On the second occasion, she collided with another car. She was in pain on her shoulders and the top of her back so she went to get checked over at the Bradford Royal Infirmary the next day. After assessing the use of her arms, she was sent home with painkillers.

Jennifer worked in early years childcare and on a number of occasions she had to move to an office-based role at the nursery as the noise from the children was causing unbearable pain in her head and she was also regularly sick with the headaches. Her employer told her to go home and try to relax more. On one occasion, she was picked up from work by her mother-in-law who looked after her whilst Matty was at work.

As that night went on, Jennifer’s symptoms intensified even further. She found herself rocking backwards and forwards sitting on the floor with her eyes closed and keeping a bucket to be sick into near to her at all times. She had a telephone consultation with the GP who prescribed more migraine tablets. But, as she got more and more unwell and the headache also got increasingly unbearable, they called an ambulance.

After an initial check, just as the paramedics were about to leave, Jennifer stood up and then went very dizzy, laid down, started to choke and then blacked out. She was taken to Bradford Royal Infirmary where she was largely unresponsive for a couple of hours. Matty and Jennifer’s mum told the medical team about her migraines and oncology referral and Jennifer was then immediately taken for a CT scan.

Here, a large mass was found on her brain so she was transferred to Leeds General Infirmary for an MRI scan, A few days later, Jennifer had a 13-hour operation – a craniotomy for which she was mostly awake to check her responses – and it was soon confirmed that she had a Grade 2 astrocytoma.

Jennifer said: “I was scared and worried about what was going to happen to me – the diagnosis is not what I expected at all. I am so fortunate to have been cared for by amazing staff who made me feel as comfortable as possible, especially in those first few hours after my surgery.” 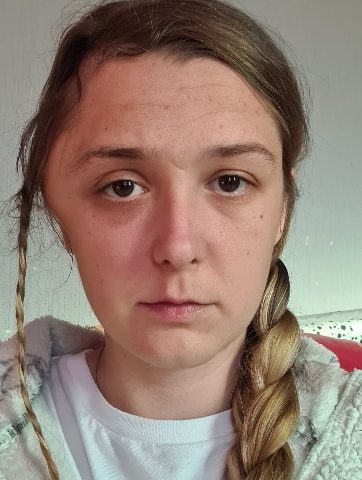 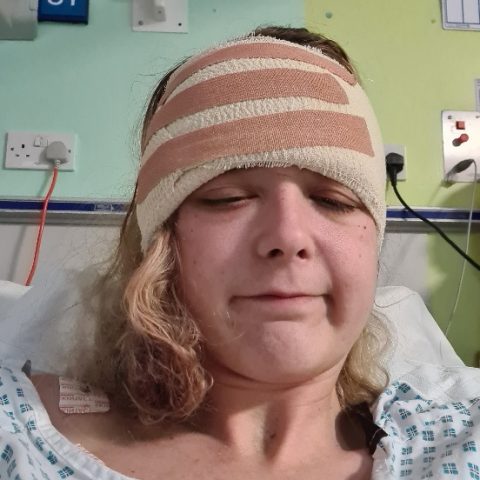 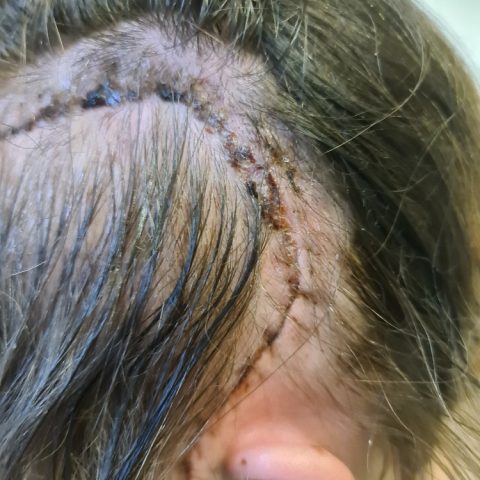 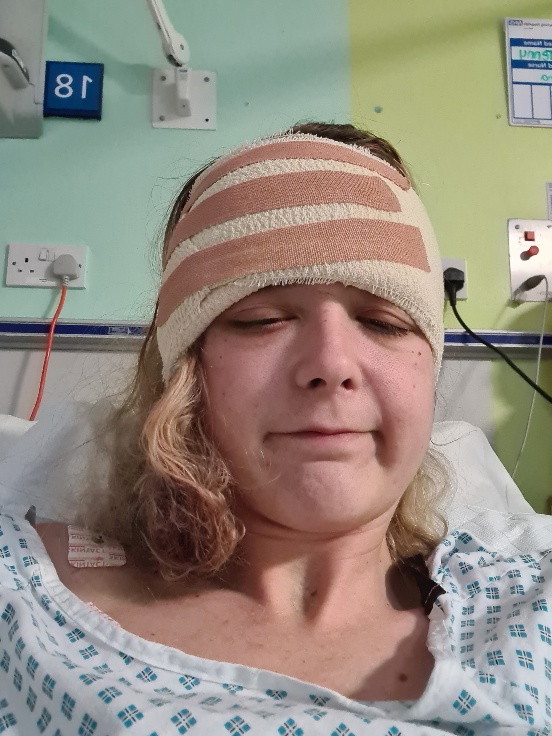 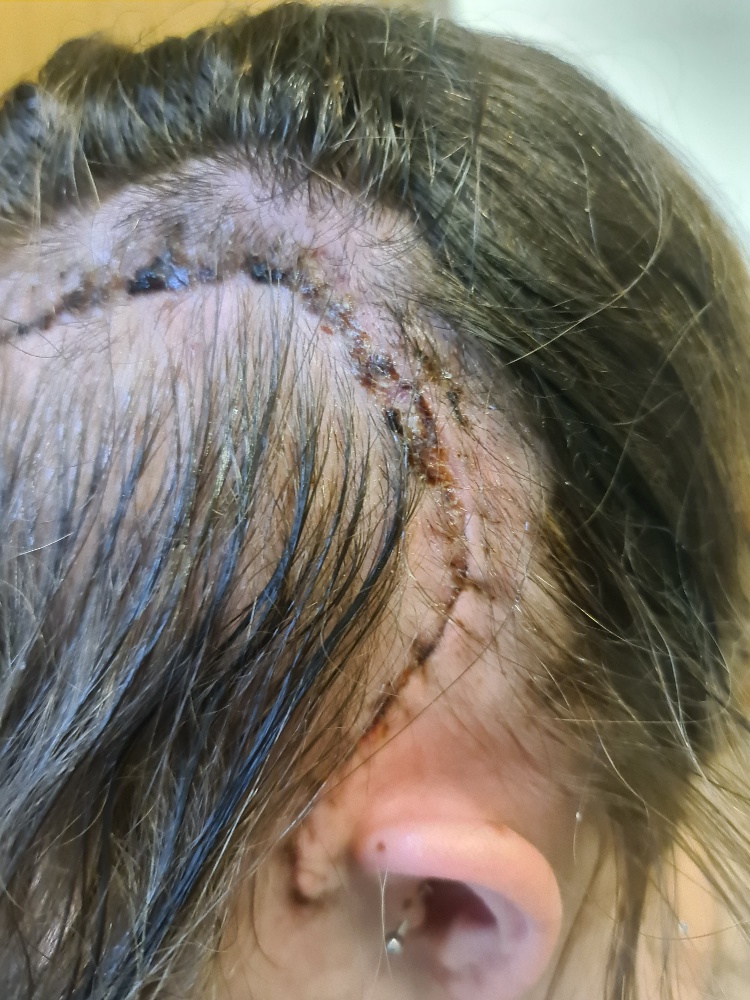 After her operation, Jennifer had some sessions with a speech and language therapist which was a little slower and she often used the wrong word when talking but this has improved over time. Her headaches have reduced although she had some continuing issues with her memory and periods of dizziness.

Jennifer had a second operation eight months later to remove more of the tumour as around 70% had been safely removed the first time she had surgery but still not all of it could be taken out due to concerns over what damage that may cause. After the 2nd operation, it was confirmed that the tumour had become a Grade 3 anaplastic astrocytoma. So Jennifer had six weeks of radiotherapy, that left her tired and caused her long hair to fall out. She began having chemotherapy in January but it was paused due to her low platelet count and it recommenced at the beginning of March. This is alongside three-monthly scans to monitor her condition and daily anti-seizure medication.

Jennifer said: “I was in utter shock that I now had cancer. I was only 28 years old and I couldn’t understand how this had happened to me. I was scared, confused and lonely as no one could understand how I felt now everything in my life was suddenly completely different.

“Losing my hair was a major deal – it was long enough to almost touch my belly. One day as I arrived at work, a large chunk of it just fell out which was really shocking and upsetting. Although I have been tired throughout my treatment, I have been able to keep working and my team have supported me to do so and checked in on me when I have needed their help and understanding.”

Throughout her radiotherapy, Jennifer met with a Clinical Nurse Specialist once a week to discuss any concerns she had. Ahead of and throughout her chemotherapy, they meet once a month to continue offering a vital point of contact to discuss treatment and how Jennifer is feeling about it all. She said that she has found it both practically helpful and emotionally comforting to talk to someone who is able to answer any questions she has had.

Jennifer has also been offered help and advice from Macmillan Cancer Support and Matty’s cousin Jess told her about The Brain Tumour Charity which provided lots of specialist information as well as the real-life stories to be inspired by on how others have handled a similar diagnosis.

Jennifer has also praised the love and support she got from her friends and family during this time as being the best source of positivity and encouragement to help her through the ordeal of her diagnosis and treatment.

Jennifer said: “Everything has changed – no more cars or driving, my memory is terrible and I lose my temper so easily when I never used to. But the people who have supported me have got me to where I am today, help me to enjoy each day and to fight my way through it all. I will be forever thankful for all that they do for me.

“I feel as ‘back to normal’ as I could do right now, even though I still have ongoing side-effects, like my poor memory. But I am just getting up, carrying on throughout the day and being grateful for being able to do that even though some days are much harder than others.

“My advice to others would be to always get any aches, pains or symptoms are unusual for you checked out – it’s always best to just be on the safe side.”

For more information on the signs and symptoms of brain tumours in adults visit here.