As 2019 got underway, Julie Lupton and her husband Dougie from Annan in Dumfries and Galloway were looking forward to celebrating their 30th wedding anniversary in June and also Julie’s 50th birthday in February.

However in January, Dougie collapsed whilst working as a storeman for a timber company so he was taken to A&E at Cumberland Infirmary in Carlisle. Initially, he was treated for encephalitis, which is inflammation of brain tissue. He was put on an IV of antibiotics and stayed in hospital for two weeks. Just a week later, he was readmitted after attending a follow-up appointment as an outpatient where his scans were reviewed and a mass was found.

Dougie had various tests and scans and he also had a series of worsening seizures. A biopsy was taken at the Royal Victoria Infirmary in Newcastle and, a few weeks later, Dougie was diagnosed with a Grade 4 Glioblastoma. It was after the biopsy that Dougie began having seizures every day and so he and Julie were making very regular trips to A&E. Each seizure took a noticeable toll on Dougie as his normal function became increasingly impaired.

The family were in touch with their GP but it was only a chance visit from another GP to a neighbour who saw an ambulance outside Dougie and Julie’s home. That GP then prescribed anti-seizure medication and arranged for care support which made the smaller seizures easier for Julie and Dougie to manage at home.

Dougie was offered courses of both chemotherapy and radiotherapy but his prognosis was poor. He had two weeks of oral chemotherapy but, after lengthy discussions with the specialists, they made the difficult decision to stop that form of treatment and continue with radiotherapy. Dougie was having nasty side-effects of the treatment including constant seizures, extreme fatigue, he was unable to speak, read or write and he also had significant memory loss.

Julie added: “He had absolutely no symptoms before he collapsed. Yet, he deteriorated so quickly, especially after the treatment started. He became very weak and, as time went on, he required constant care. A timescale of what to expect was never discussed with us – yet we only had six months together which is just no time at all.

“I do feel that we should have been given more information. So many of the medical team we spoke to were so vague – it was almost like we were being kept in the dark. I had to search online for the information which I needed. Although the care he received was good and he was well looked after, there was no support for us as a family from our GP or from the hospital. It made us all feel so isolated and alone.”

Dougie and Julie did manage to spend both their 30th wedding anniversary on 24 June together – although the celebratory cake and coffee were enjoyed in Dougie’s hospital room which was far removed from the happy occasion which they had been looking forward to just months before in order to celebrate their marriage.

Just weeks later, Dougie sadly passed away on 9th August 2019 at the age of 54. He had a seizure at home and he was readmitted to hospital where he quickly became unconscious and he died just a couple of days later. He left behind Julie and their two children, Ryan, 25, and Lauren, 28. The family had hoped that he would be able to see the birth of his first Grandchild in November – but his rapid decline robbed the family of what would have been an irreplaceable memory.

Julie said: “We had never expected Dougie to pass so quickly. We had no time to speak to him, say our goodbyes to him as a family and tell him that we loved him.

“The children coped the best that they could under difficult circumstances. They found the seizures very distressing as well as Dougie’s memory loss, it was so difficult for them both. Lauren’s pregnancy was complicated and she really struggled after the baby was born both with her physical health but also with the emotional loss of her dad.” 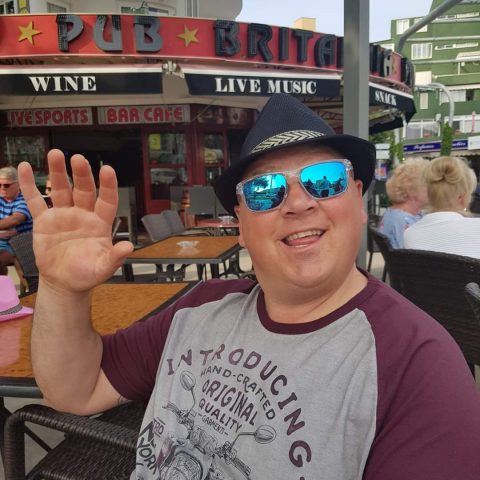 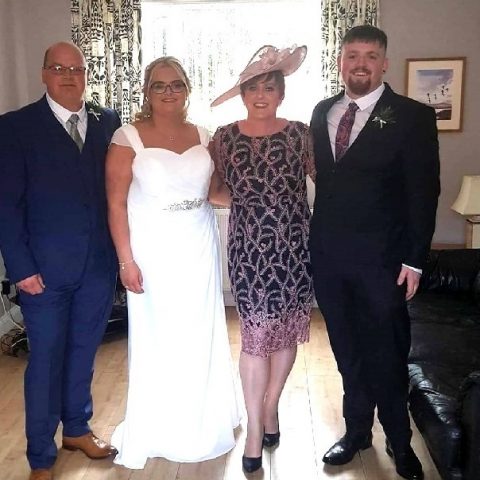 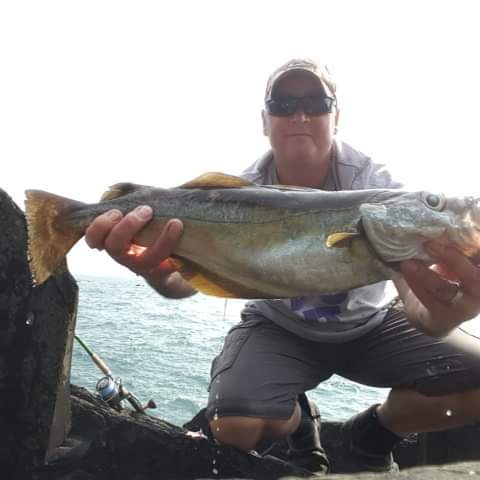 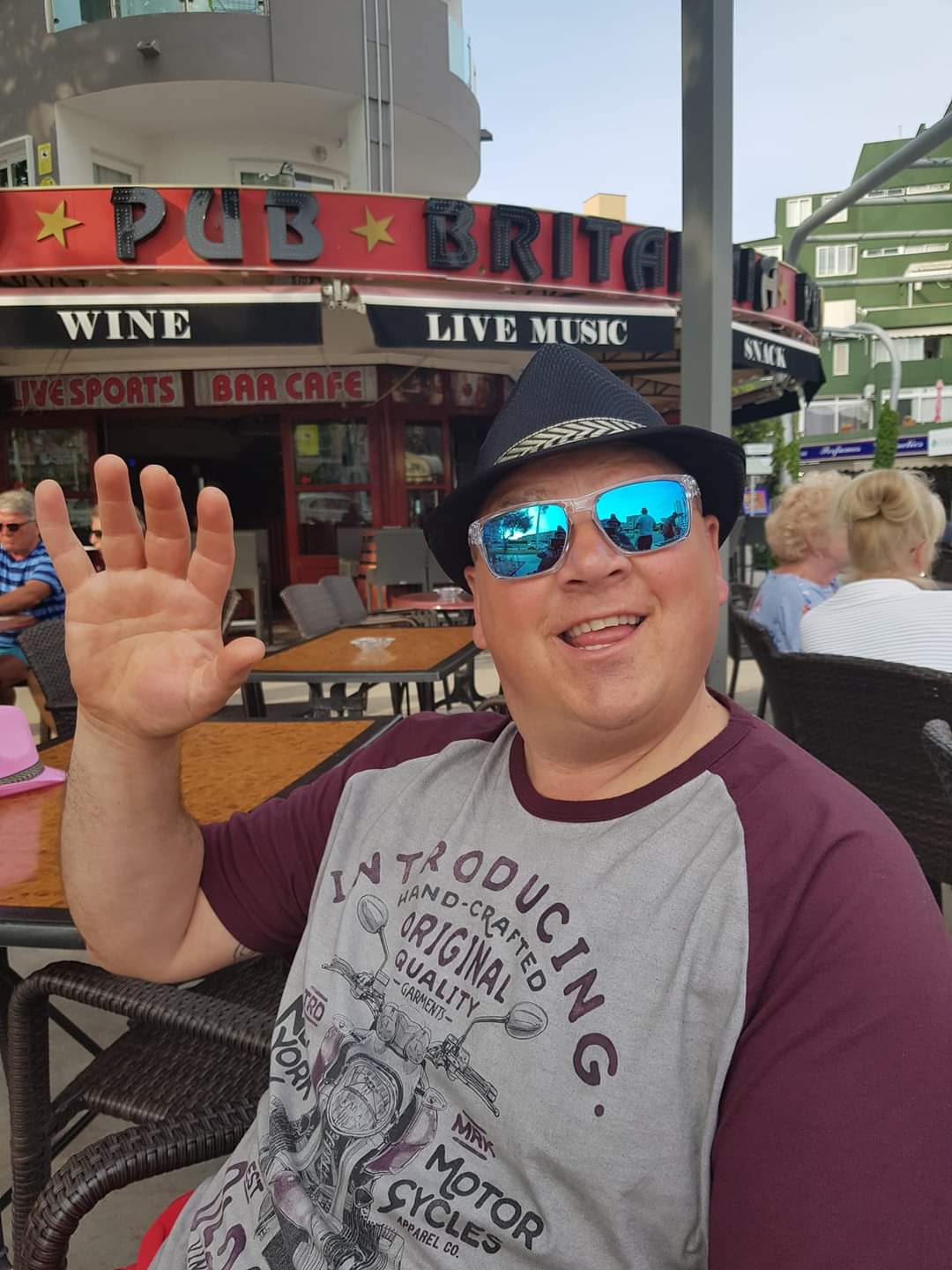 Julie said Dougie was always so much fun to spend time with. 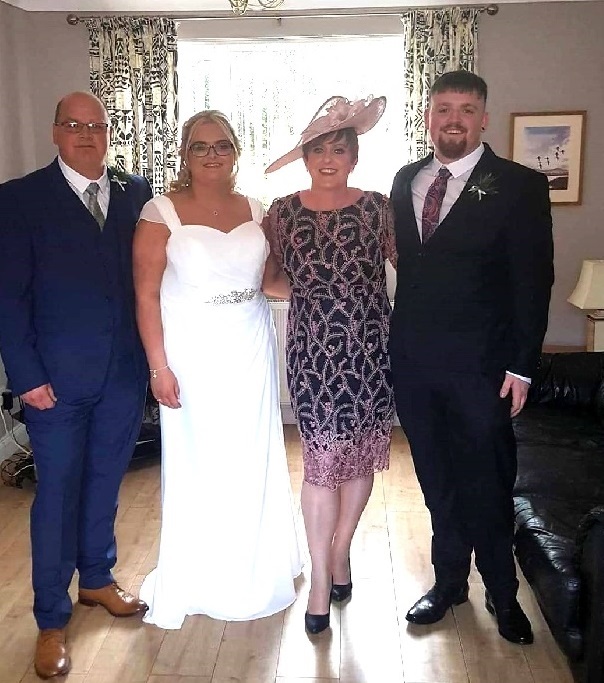 Dougie with his family before his diagnosis. 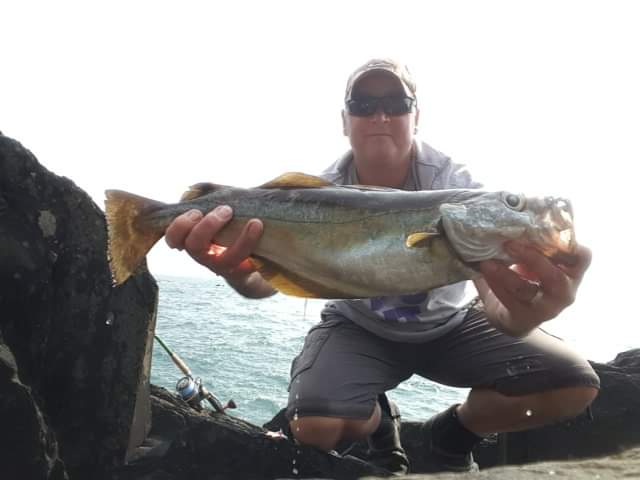 One of Dougie’s favourite hobbies was fishing.

Dougie’s friends and family kindly donated £1,652 to The Brain Tumour Charity in lieu of flowers at the funeral. Julie found out about the Charity online when she was searching for much-needed information about brain tumours.

She added: “The Brain Tumour Charity’s website was my go-to place if I had any questions. Prior to Dougie’s diagnosis, we had no knowledge of brain tumours at all. The funds we raised from the funeral was truly overwhelming – people were so generous and we knew that the Charity would put it to good use. I really feel that research and more knowledge about the disease is the way forward to stop more people from losing their loved ones.

“I think about Dougie every day – we talk about him all of the time. I spend lots of time telling his 16 month old grandson about Grandad and showing him photos. He may not have met him but he will certainly know about him.

“I will remember Dougie for his daft sense of humour, his stubborn streak, the way we laughed together and how much fun we always had together.”