Home » News » “This profound adventure is now part of who I am.”

Anna Kane, 49 from Lewes was diagnosed with a low-grade meningioma brain tumour last November. She had been having headaches for several years, but they had gradually got worse to the point that she had to take painkillers almost every day just to cope with the demands of her everyday life.

She saw her GP and the headaches were put down to migraines, so Anna was given medication for them, which did help. However, in November last year, the day after Anna’s birthday, she looked out of her bedroom window whilst having a morning cup of tea and had a visual hallucination that werewolves were walking towards her and her husband, Des.

Anna said: “I don’t remember much of what happened. But my husband told me that I sat bolt upright in bed screaming about werewolves and then that I lay down, started fitting and went completely rigid. He thought I had stopped breathing so he rolled me onto my side and called an ambulance. Around 25 minutes later, I came to, but I was very confused and had severely bitten my tongue.”

Anna went to A&E at The Royal Sussex County Hospital, was checked over and then sent home. Over the next couple of weeks and after various scans, she was diagnosed with a meningioma, which accounts for a quarter of all brain tumour types diagnosed in adults.

After spending years struggling with crippling headaches alongside more subtle symptoms such as brain fog, she finally had an accurate answer. Her symptoms had previously been put down to peri-menopause, especially as Anna had struggled to have children. She also has high blood pressure and many people told her that she often appeared stressed when she actually just loved being busy.

Anna had surgery to remove the tumour and she was back home just four days later. At the beginning, it took a lot of concentration to do the most basic tasks, such as walking, which quickly became instinctive again. She also began to remember little things she had temporarily forgotten such as specific words or how to make mashed potato for dinner.

Anna also credits Des for helping her to get back to establishing a routine in life including walking their beloved dogs and seeing friends. She now also takes anti-seizure medication which she hopes to be able to come off in the near future.

She said: “I honestly can’t think of any negatives. Yes, I wish I never had a brain tumour – but I have, and I now have to be glad to have survived it and to feel alive again.

“Importantly, I have got my personality back. It was like I had been muted somehow as all the changes were very subtle but I just had less emotion. Now, I can’t stop laughing with my husband, spending time with our rescue dogs, enjoying the simple pleasures like a cup of tea, seeing birds in the garden or admiring the frosty sunshine on cold mornings. It’s like I have a new life which is simple, fragile and beautiful and I will embrace every moment – if not always perfect. I want to think about the here and now more than ever.”

Over the years, Anna says that her headaches stopped her from enjoying life in the way that she wanted to. They would often be triggered by the sunshine which she loved spending time in and the regular pain also began to grind her down. She also trained for a half-marathon but the headaches made it incredibly difficult to take on.

In her job as a Design and Production Manager, she often struggled to concentrate on the level of detail the role demanded whilst contending with the nasty headaches. She was concerned that the quality of her work was suffering as a result although Anna says her employer was always very supportive. 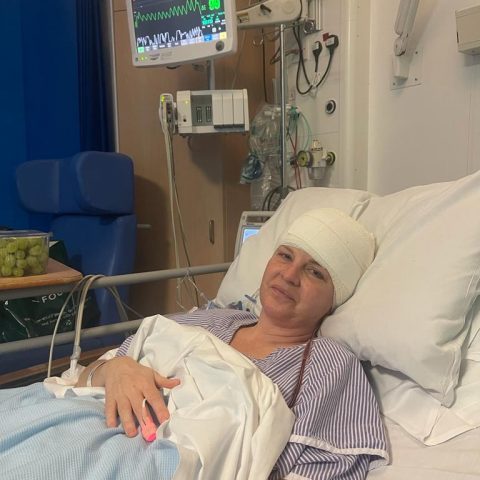 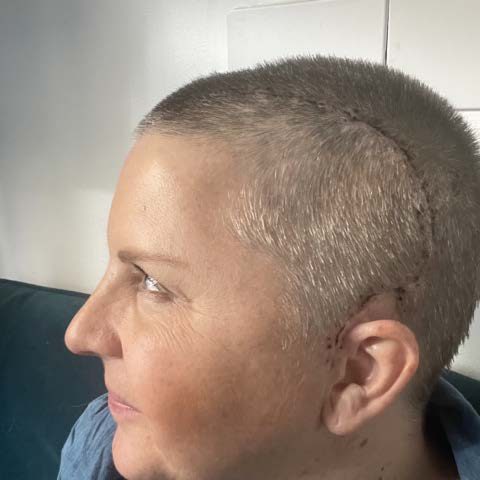 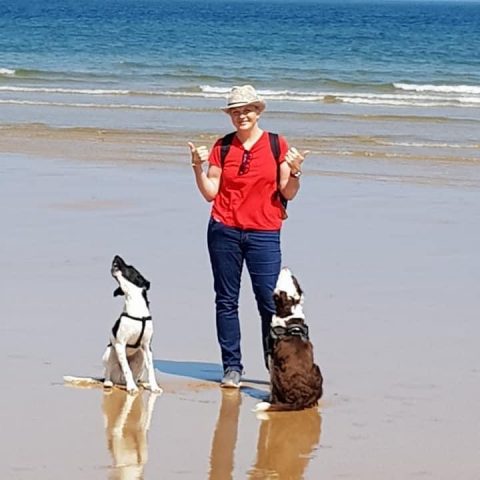 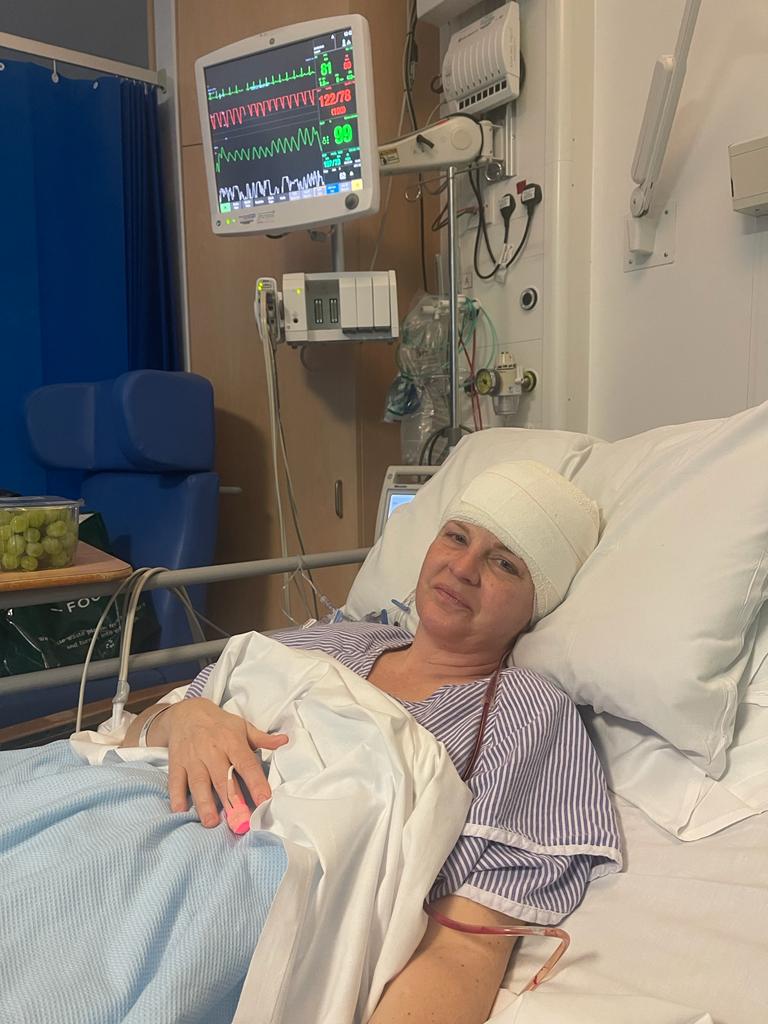 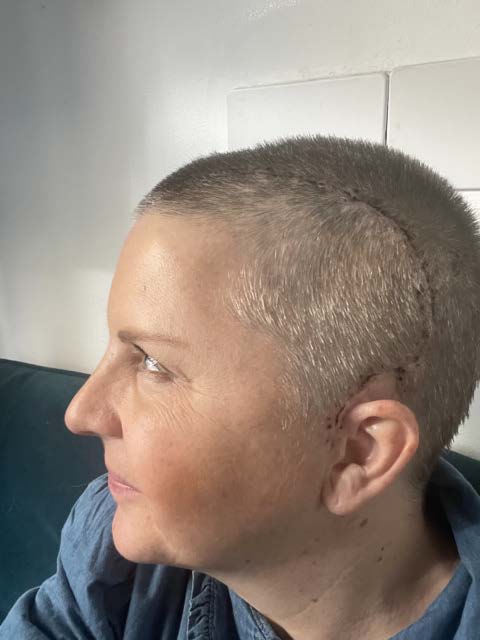 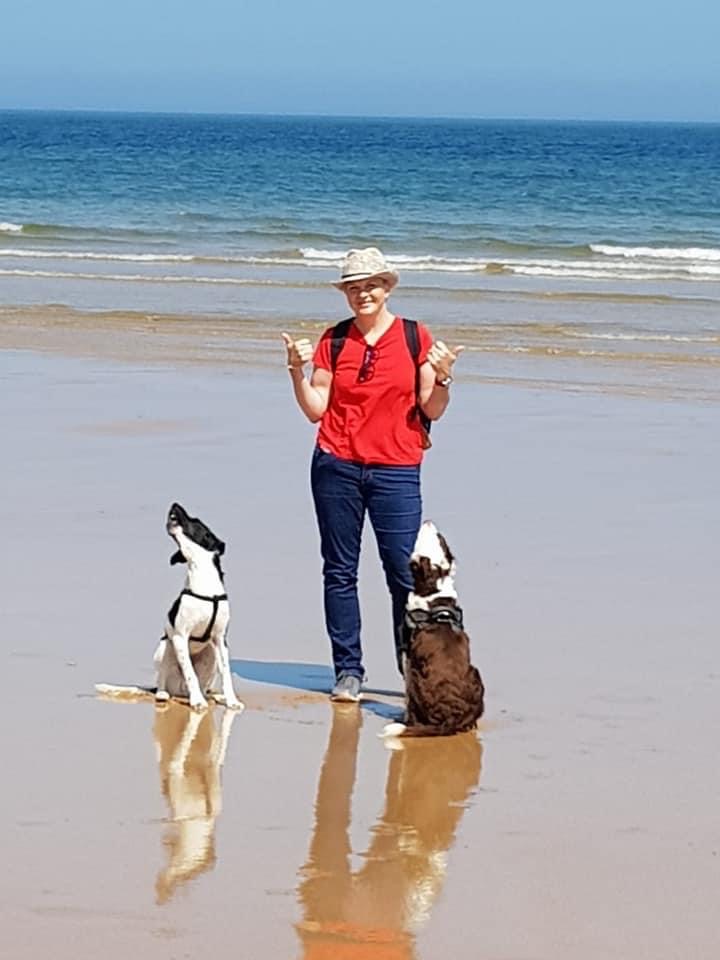 Anna has praised the medical care she received throughout as everything was explained to her and she welcomed the patience and kindness of the nursing staff which all helped her to trust the medical team around her. She found out about The Brain Tumour Charity after searching online for information and has praised the organisation’s informative and user-friendly website, the advice given and also the information pack which she requested upon her diagnosis.

Anna said: “It would have been really easy to stay in bed and leave the medical teams responsible for fixing me. But they gently pushed me to take control of my own advancements and watch how I slowly improved. I have always been very independent, pragmatic, and determined to achieve what I need to do and this was no different.

“I was in constant tears one night in hospital and a nurse really helped me. She said that being sad would only last for a little while but that then I could get on with my life – she was right in every way. For me, this has been a blip in my life and now I just want to get back to it with this profound adventure making up part of who I am.

“I have learnt to be less harsh on myself, to relax a little, to do what I want to do, not worry about what others think and to give myself a bit of a break. So, my advice to others would also be to reach out if you can – there’s such kindness and so many people who you can connect with for support. Find that tiny bit of strength and bravery – there’s a lot of us out there who are going through this but there’s also a lot of help too.”