Jo Hutchinson, now 42, from Chichester, was just 16-years-old when she woke suddenly one night with a debilitating headache. As she moaned in pain, an out-of-hours doctor was called to the family home twice in the hours which followed. Initially, it was thought that Jo had a migraine. But, when the doctor shone a light into Jo’s eyes, she started being sick. So, following the doctor’s recommendation, her parents took her to Worthing A&E with suspected meningitis.

Throughout the journey, the car headlights on the road repeatedly made Jo sick. Over that night in hospital, the medical team quickly noticed the difference in the size of Jo’s pupils so they carried out a CT scan which found the tumour on Jo’s pituitary gland. However, it was only when Jo was later transferred from Worthing to Hurstwood Park Hospital in Hayward’s Heath and she had an MRI scan that they found out that the tumour was haemorrhaging.

Jo had around six hours of surgery a few days later to remove most of the tumour and her pituitary gland through her nose, which was the least invasive surgery option at the time. The surgery was successful but, due to a complication, Jo had a leak of spinal fluid which meant she had to have a drip and lie flat on her back for five days to drain it. Not all of the tumour could be removed due to concerns that it would permanently damage Jo’s eye sight. So, after recovering from the surgery at home, Jo had 26 sessions of radiotherapy at Brighton Hospital.

Jo was also diagnosed with Panhypopituitarism following the removal of her pituitary gland, which is when the body doesn’t produce most or all of the hormones which the body naturally needs to function. She began taking daily medication including Hydrocortisone, Thyroxine and Ostrogen in the form of contraceptive pills. Several months later, following a glucagon test, Jo started taking a nightly injection of somatotropin, which is a growth hormone. This helps Jo to maintain healthy muscles, body fat, cholesterol levels, bone density and fatigue levels.

At the time, Jo had recently started studying her A-levels but she had to restart them after her treatment ended. She also dropped down from taking three subjects to two as she coped with ongoing severe fatigue and general weakness. Due to the steroids she was taking, and being unable to exercise to due her weakness and fatigue, Jo also went from a size 6 to a size 16-18 in six months, which she found difficult to adjust to in her teenage years.

Sadly, Jo was also told at the time that she would be unable to have children due to the removal of her pituitary gland, which controls fertility hormones. She had to adjust to how her diagnosis and treatment would have ongoing repercussions like this throughout her life.

Jo said: “I didn’t really realise the severity of it all when I was a teenager – I thought that I would just go back to school and things would be normal again. But, of course, that’s not what happened. I was so very tired all of the time and it left me very weak – I had to move to sleeping in a downstairs room at home as I couldn’t go up and down the stairs that regularly.

“I wasn’t offered any professional support for the physical and mental adjustments I had to make, but I was fortunate to have a very supportive family and good friends.”

Despite all this, Jo worked hard and she gained Bs in both of her A-levels. With support from her college to explain her circumstances, she secured a place at St Mary’s University in Twickenham to study for her teaching degree. She started living in halls of residence but she soon moved to private accommodation so that she could get the peace and rest she needed to manage her studies.

In different accommodation which gave Jo the time to rest when she needed to, Jo was not only able to complete her studies but she also became NUS Representative for her university year as well as the leader of her university prayer group. This led to some amazing opportunities including meeting the Queen and other members of the Royal Family through various events.

After graduating, Jo worked in both a primary and a secondary school before deciding to study for a Masters in Special Needs Education specialising in dyslexia. She also returned to the secondary school which she had attended as a pupil as a SENCO teacher, working alongside her former Head of Year and tutor teacher. 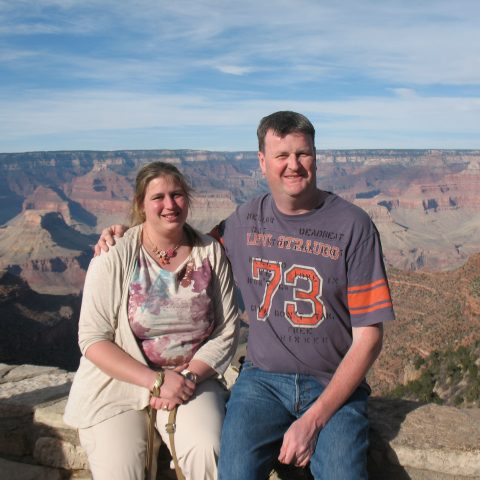 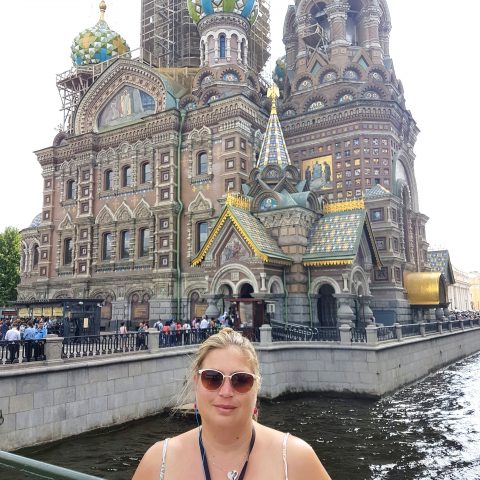 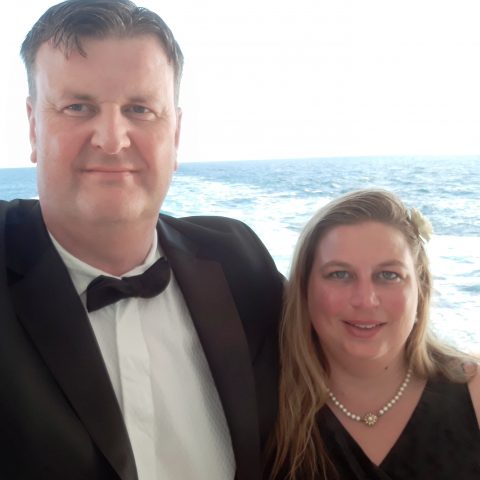 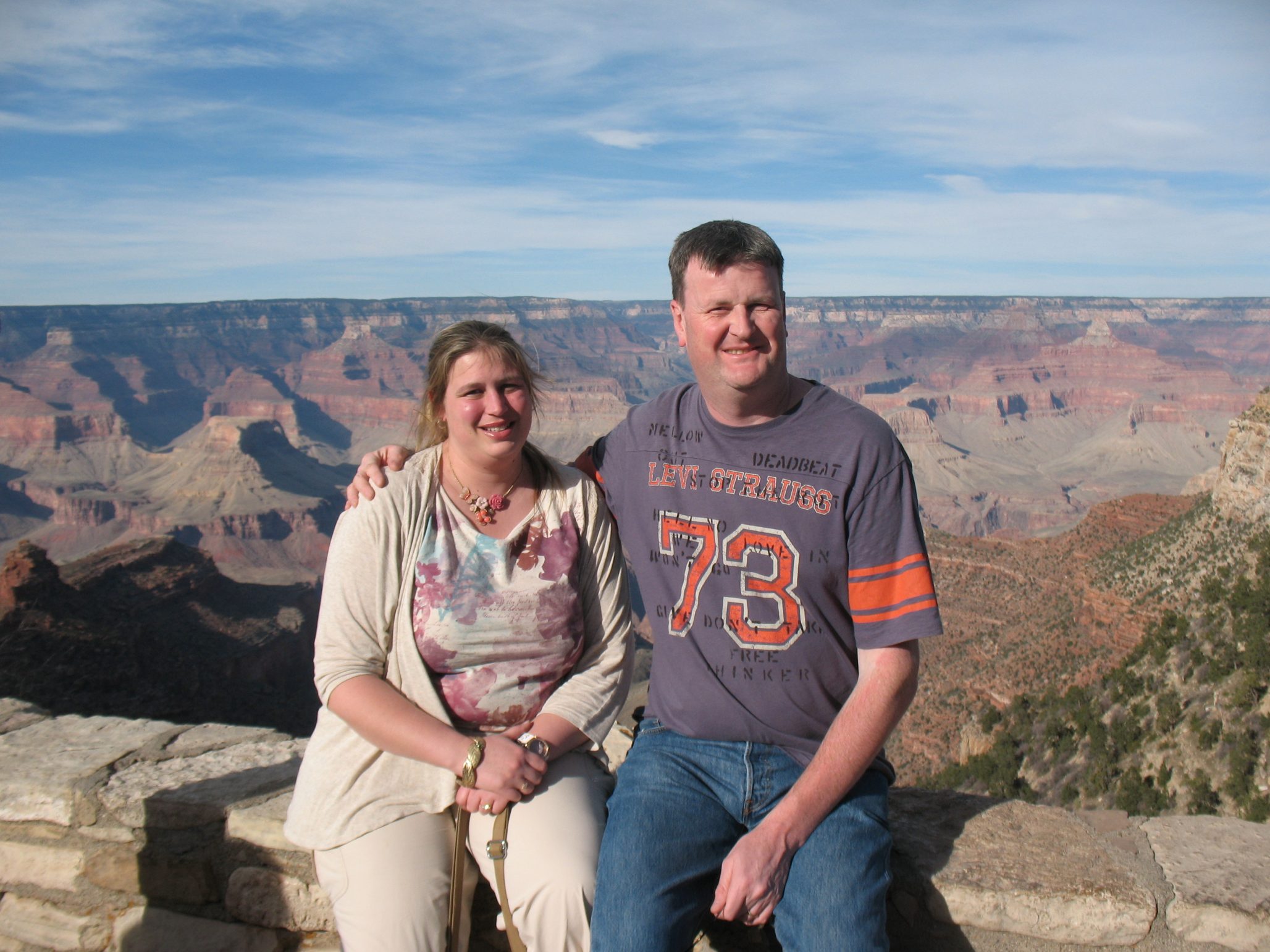 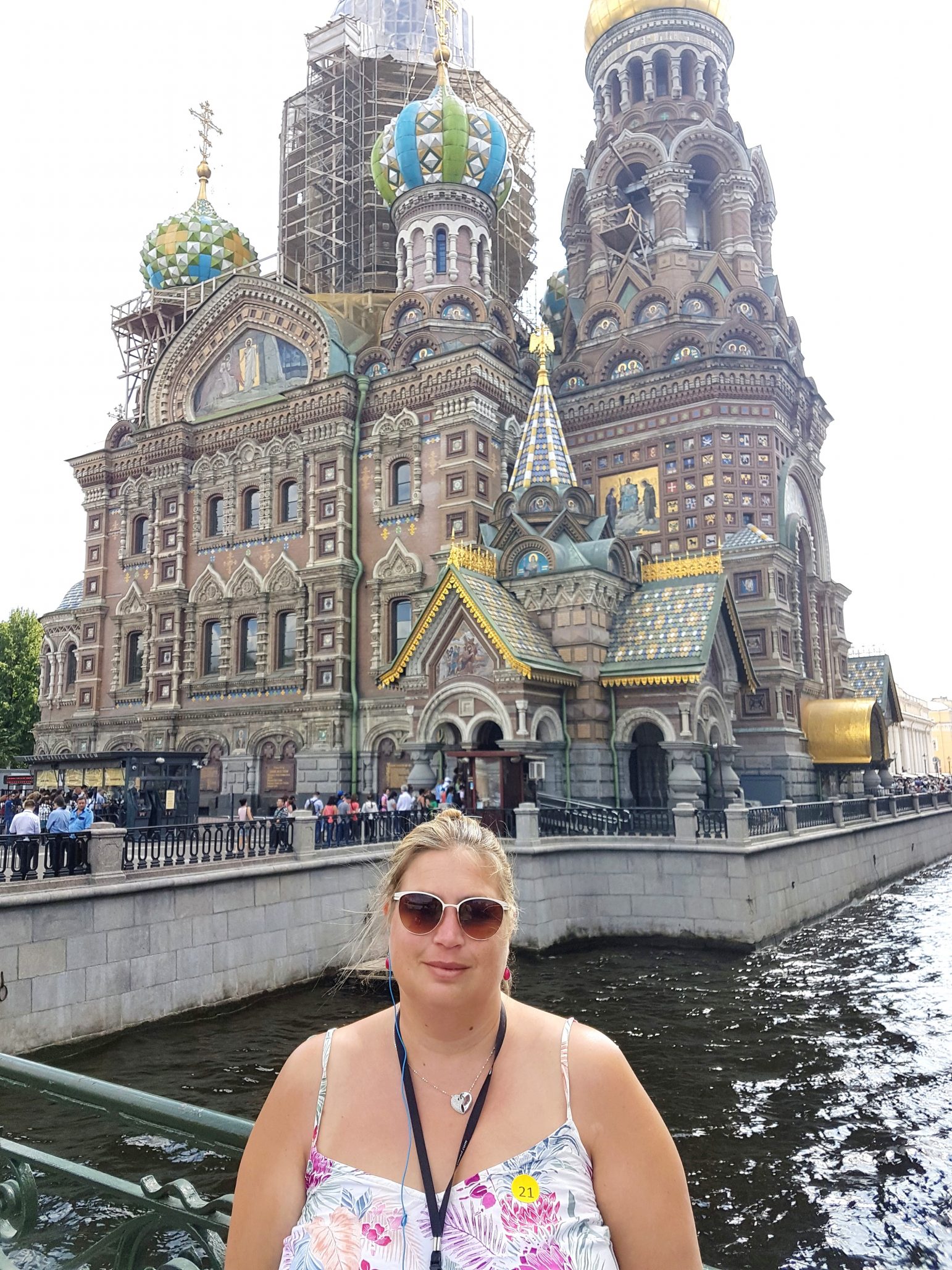 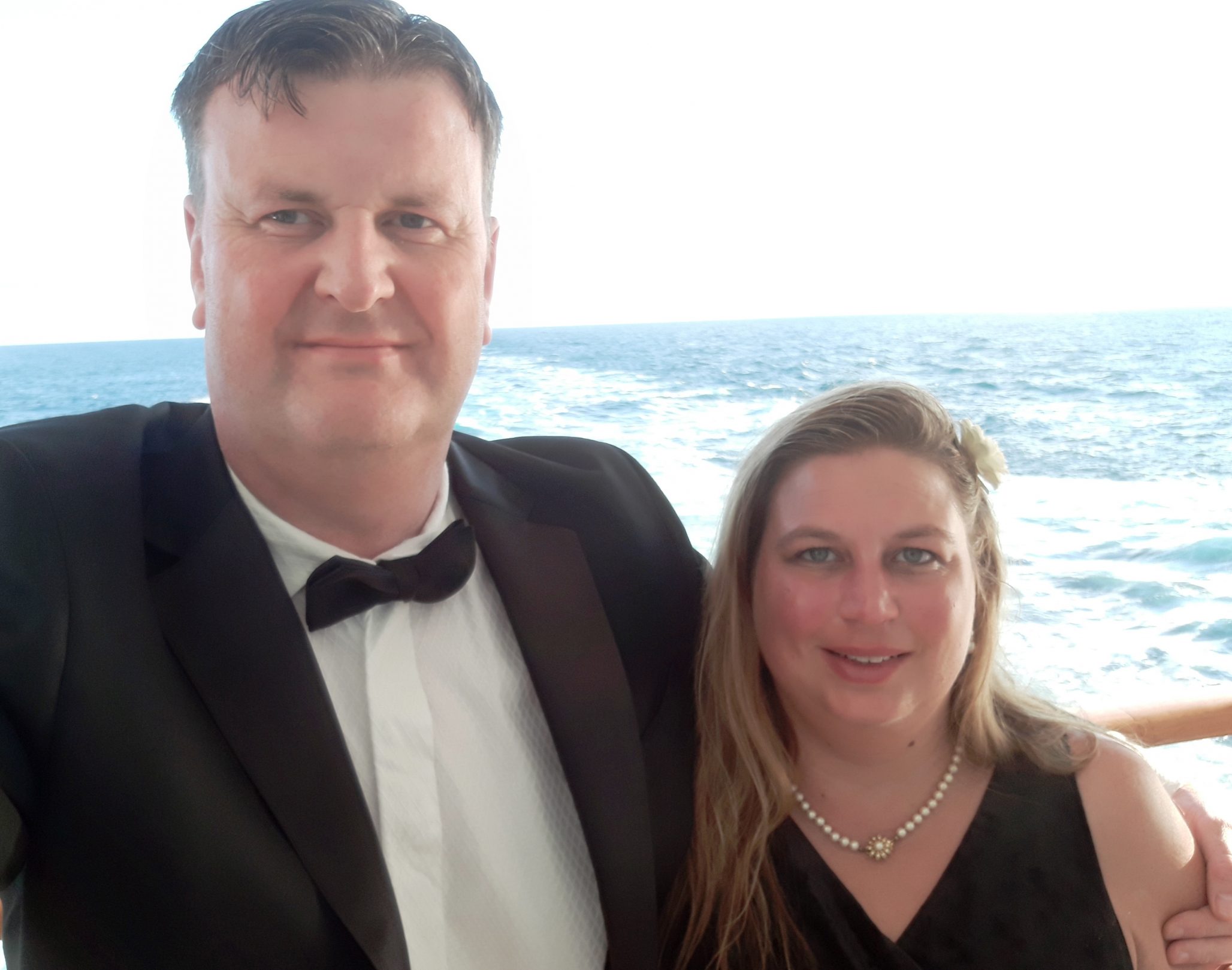 Today, Jo still contends with various side-effects of her condition, including managing Addison’s Crisis, which is a dangerous and potentially fatal condition where there is not enough cortisol in the body to cope with stress. This is also as a result of the removal of her pituitary gland which would otherwise regulate cortisol the body. She thinks there needs to be a greater awareness of this condition amongst the general public and the medical community so she doesn’t have to explain her situation, or her diagnosis with Addison’s Crisis, in times of need.

Jo has only been in Addison’s Crisis on a few occasions as she strives to successfully manage her condition. However, between October 2020 and March 2021, as the Covid pandemic was underway, Jo had a particularly bad period when she went to A&E around 22 times in various stages of Addison’s Crisis with nausea, chest and abdominal pains. This was whilst she was classed as extremely vulnerable so she was only leaving the house when she needed to go to the hospital. This led to an eventual diagnosis with bile acid malfunction which is one of the many medical conditions she now lives with alongside diverticular disease and gastroparesis. She takes eight different types of medication a day as well as the nightly growth hormone to manage it all. Doctors have concluded that her secondary medical conditions probably stem from all the medication she has taken over the past 26 years.

However, Jo hasn’t let this hold her back and she regularly indulges in her love of travel around her current rewarding role as a one-to-one tutor for students with complex needs who are currently unable to attend school. She supports them both academically and with their confidence and self-esteem in order to prepare them to return to school.

She loves to travel and experience new cultures so after graduating, she took her first major trip to Hong Kong, Singapore and Australia with a friend from university. She has also been on an African safari with her mum, to Greece and Turkey with friends and to Canada, America, the Caribbean and the Baltics, as well as various city breaks with her husband Barry. Their first trip together was a cruise down the Nile 16 years ago. They plan to do an American road trip, return to Canada and cruise to Japan and Mexico over the next few years, Covid permitting.

Jo and Barry also love the theatre, especially musicals, and Jo was part of a local theatre group for many years. She is now part of her church choir and she also leads a church puppet group.

Barry has always been incredibly supportive of Jo right from the beginning of their relationship having met on a Christian dating website. As 10 years her senior, Jo thinks this has helped them both to accept that they won’t be having children. Instead, they play an active role in the lives of their niece and nephew, friends’ children as well as being Godparents to many. In fact, she credits her tumour with making her the person who she is today.

Jo said: “When Barry and I were first dating, I didn’t know when would be the right time to mention that I couldn’t have children. I did so after a few dates and he was totally fine with not being a dad. When I was told about this when I was 16, I hadn’t really thought about having a family as, obviously at that age, I was more focussed on other things. Maybe it would have hit me harder if I had found out when I was older but I had already adjusted to it by the time it may have been relevant to me.

“We did consider maybe adopting or fostering but we do consider ourselves lucky to still have children in our lives and we love the freedom we have to travel instead. We are both very fortunate to have seen some amazing sites and have some amazing experiences. We also have the time to spend with our friends and family which is very important to both of us. Maybe I wouldn’t have done that if my life had taken a different course. I do think that my diagnosis and its various complications have helped me to become more determined to succeed and increasingly empathetic in my career too – I am lucky as I am still able to do a job that I love and lead a full life.

Jo first found out about The Brain Tumour Charity on Facebook and has since found the Charity a useful source of information about symptoms of brain tumours and the different experiences people have when they are affected by the disease in a variety of ways.

She added: “I do find that non-cancerous tumours, like mine, are often dismissed as not very serious when that is far from the case. I have to live with the impact of my tumour every day. I am fortunate that I am still here, of course, but that doesn’t mean I don’t live with ongoing issues.

“I am so grateful for charities, such as The Brain Tumour Charity, for promoting an understanding of various associated medical conditions and the long term effects of brain tumours. There is a real need for greater awareness and understanding of the long-term effects of all tumours so it is easier for people like me to live the lives that we want and deserve without worrying that the world doesn’t understand our medical conditions and associated needs.”

Find out how our team of experts can provide you with the help, advice and support that you may need.