Home » News » Why I Support The Brain Tumour Charity from the U.S.A

Engaged to be married, working in a job that he loved at Salesforce and feeling in good health, Ray, from Chicago, Illinois, describes his life back in September 2014, as ‘happy, busy and fairly routine.’

Ray says: “From a medical, professional and personal perspective, life was by all means very good. My fiancée Susie and I were getting excited about planning our wedding. We had a wonderful set of family and friends around us who we enjoyed seeing. I had a good job and considered myself to be a very healthy person, with no chronic conditions. In fact, I rarely ever visited the doctor other than for yearly check-ups.”

But over the next six months, Ray, then 25, found himself starting to suffer from gastrointestinal issues. He felt nauseous upon waking, ill after eating and started suffering with severe acid reflux. As symptoms grew progressively worse, he became unable to eat or drink anything, and in the April of 2015, he was rushed to the Northwestern Memorial Hospital in Chicago, Illinois. It was there, following an abdominal ultrasound and a CAT scan of his brain, that doctors broke the news to Ray that they did not believe his symptoms were due to a condition with his stomach, but in fact his brain.

Ray says: “It was a huge shock. You don’t normally think of those two parts of your anatomy as being connected and for someone who hadn’t had any issues pertaining to the brain, it was very frightening.

“The brain is this mysterious organ that manages your personality, your perception of the world and your intellect. And to hear that there was something wrong, and to not know how wrong – that was incredibly scary.”

Within an hour of being told there was an abnormality with his brain scan, Ray had a neurosurgeon and a team of doctors in the room with him. They talked everything through with him and explained what the possible next steps might entail. However, they still couldn’t tell him for definite what was happening.

“One of the hardest parts for me was going home to bed that first night not knowing what was wrong with me. I had no idea what the next week would hold, let alone the next six months or six years.

The very hardest part was not being able to assure my loved ones that I was going to be okay. I learnt something going into this ordeal that I didn’t really know about myself before, which was that I like to take care of people.

So even though I was the one who was ill, all I wanted to do was to console those around me and make sure that they weren’t scared. And not having any answers at that stage was incredibly tough.”

Over the next 36 hours, Ray had a series of tests, including an MRI scan and an angiogram. Doctors advised him that they suspected that he had a hemangioblastoma tumour and recommended surgery to remove it.

The following day Ray underwent a gruelling nine-hour operation. His tumour was successfully removed and he was told that he did not require follow-up treatment. But as he prepared to leave hospital two days later, Ray was understandably nervous about what lay ahead.

He says: “It’s a very invasive surgery and afterwards I kept thinking: How is this going to affect me? You become quite focused on your brain and looking for any signs of change. If I couldn’t instantly recall something, I’d think: Is that normal or is it because of the surgery? I remember once I was writing thank you notes to people post-surgery. I was finding it hard to write and I started to wonder if my hand-eye coordination had been affected by the operation. I then realised that actually it was because I probably hadn’t written a letter in about 10 years and that made me laugh. I found it important to find the humour in those moments.”

However, Ray admits that the impact of what he’d been through continued to hit him in waves, especially over those first few days.

He says: “I remember one day after surgery, I was tired of being in the house. I went on a walk and when I came home I decided that I wanted to look at the scar on the back of my head for the first time. It was pretty emotional. I thought about being out in society and people looking at it, wondering what I’d been through and if I was okay. That was one of the moments that it all really hit me.”

One week later Ray received the results of his biopsy, which confirmed that the tumour was a hemangioblastoma – a rare, benign, vascular tumour that can occur in the brain, spinal cord, and retina. Slowly over time, and with the unwavering support of his fiancée Susie, friends and family and his employer Salesforce, Ray was able to reacclimatise to life as he knew it before. A month after his operation he returned to work and five months later, he got to enjoy an occasion that now meant more to him than ever – his wedding.

“From a purpose and clarity perspective, when you go through something like that at that age, it does help you to see things a little bit more clearly and prioritise what’s important in your life.

To go through what I had and to have somebody stand tall and be a rock in your life during that, meant everything. It showed us that we really could get through anything.”

Five years on, Ray, who is now 30, is continuing to have routine check-ups and is doing well. He is heavily involved in supporting the Memorial Hospital in Chicago, ABTA (The American Brain Tumor Association) and The Brain Tumour Charity, taking part in fundraising events or telling as many people as he can about the organisations.

Passionate about the need for change, Ray has decided to share his story to show his support for The Brain Tumour Charity, our goals and our community.

Ray explains: “Our brain controls so much of our life and how we look at the world. To me, it is a very mysterious organ, and it is only through research, funded by organisations like The Brain Tumour Charity, that we can start to understand those mysteries, so that receiving a brain tumour diagnosis doesn’t feel like a death sentence. 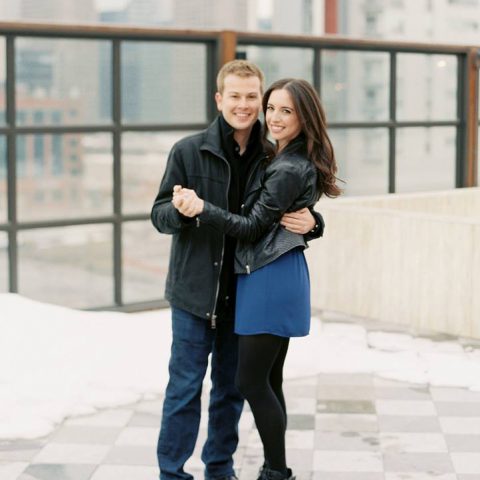 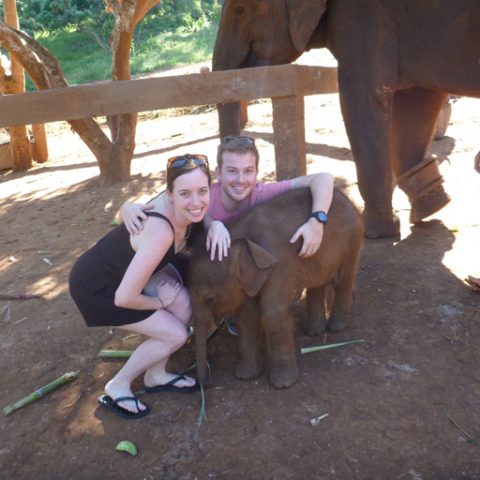 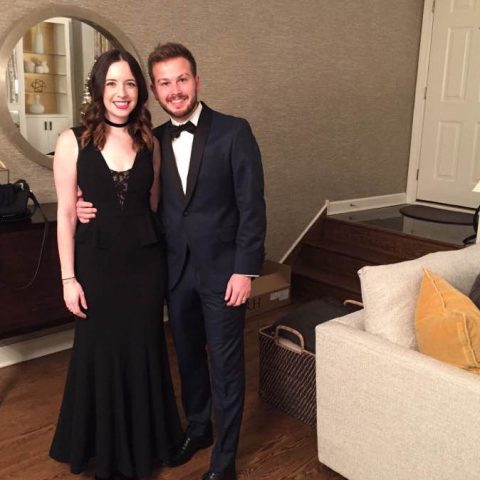 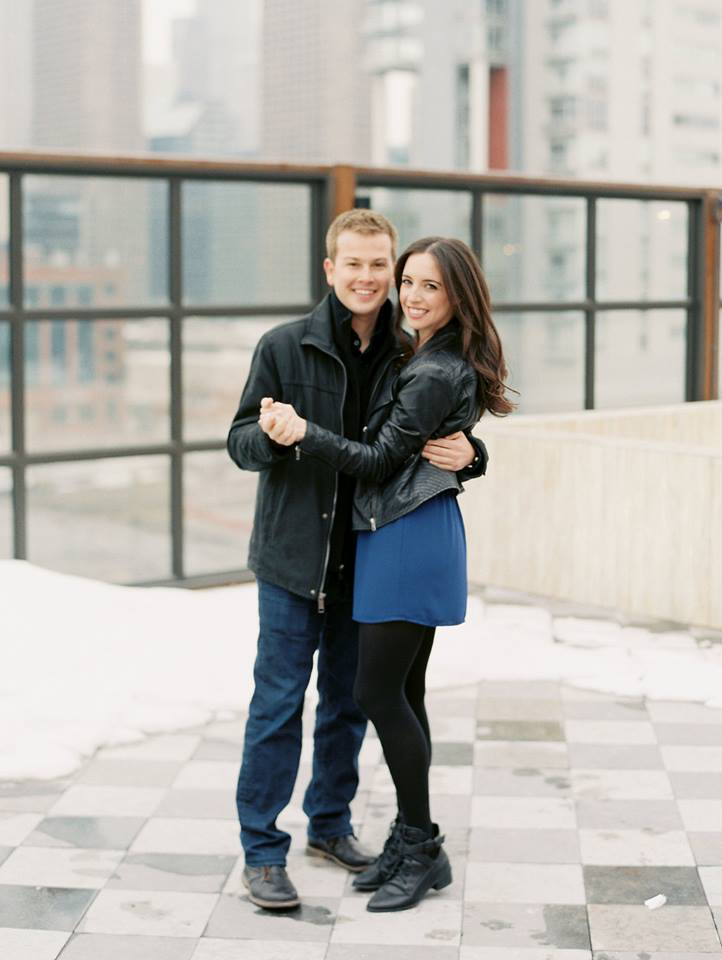 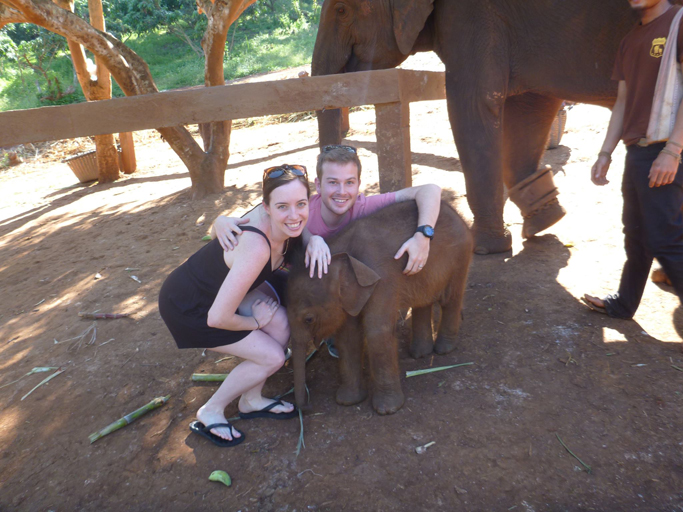 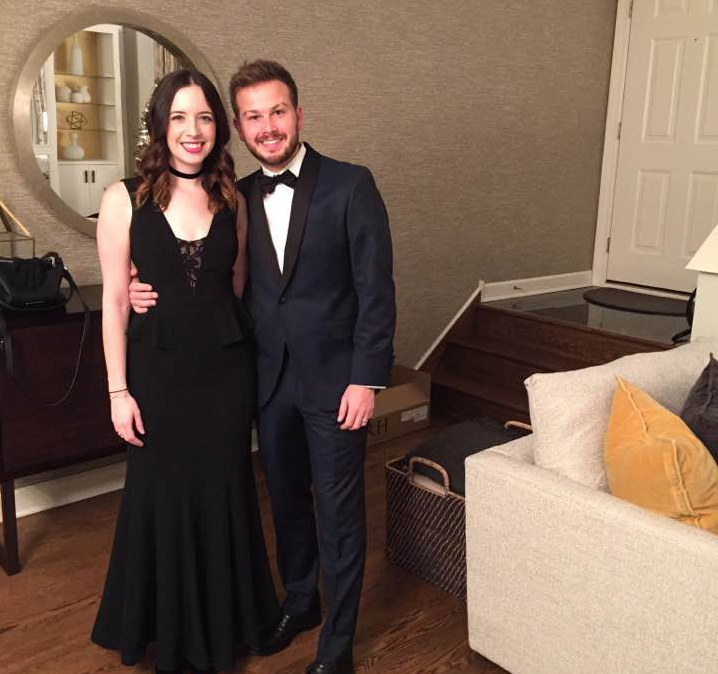 “No one should have to be told that there are no treatment options left for them, or that the condition that they’re suffering from might cause them to lose their personality, their ability to communicate with loved ones or even their memory of loved ones. That’s why The Brain Tumour Charity is so important. It provides researchers with resources to make essential discoveries and provides support and information to people at a time when they can feel very lost. It provides hope.

And Ray can’t stress enough how important that hope for change and support, for and from others, is.

He says: “No one ever plans on becoming a part of a community like this, but I am proud to be a part of The Brain Tumour Charity’s community because I think real comfort comes from other people saying: ‘I understand what you’re going through’, who actually mean it. If my story resonates with just one other person, I will feel very happy to have helped.”