Hollie was a very special person: kind, fun loving and caring, with a bubbly personality. She was loved by everyone who met her.

In June 2007 Hollie was diagnosed with a brain tumour. She underwent an operation to remove part of the tumour, and this was followed by extensive radiotheraphy and chemotherapy.

Hollie was a big part of our lives and we will miss her deeply.

Lesley Glover has raised more than £26,000 in memory of her daughter, Hollie. Activities include one friend running a half marathon around an army camp in Afghanistan, a casino night, a non-school uniform day at Hollie’s old school, skydives, ladies nights, book auctions and sponsored walks. 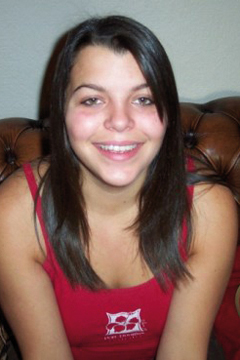