Neil went to work as usual after Christmas and New Year and at 5.25am on 19 January I received a phonecall that would change the rest of my life. Neil had taken a seizure and had been medivaced off the rig to the Gilbert Bain hospital in Shetland. The office suggested that I fly to Shetland as they did not expect Neil to survive. Neil was put into an induced coma and was transferred to Monklands Hospital as soon as he had stabilised. When he got to Monklands he was put straight into ICT and I met him there and was told by a doctor again that he may not see the night out and I should prepare myself for the worst. However, the next day they reduced Neil’s drugs and he came out the coma himself better than they ever would have expected.

He was then transferred to a ward and after numerous tests they thought he had a virus called “encephalitis” and I was told he would make a full recovery. However this was not the case, the neurologist came to see Neil and was concerned about his condition, with this virus he would not be able to function as well as he was and wanted Neil re scanned. Neil was told he would not be allowed to drive and this devastated him as he had just bought a new car and had a passion for his motorbikes. Neil remained in hospital as they then discovered he had a clot in his lung and when he was eventually discharged he had to inject himself everyday to disperse the clot.

I look at my boys Oliver 19 and Sandy 13 and see their dad in them everyday. We love to talk about Neil on a constant basis as was a wonderful, influential man who loved life and who has left a wonderful legacy for our boys.

We attended the first seizure clinic where the Neurologist took us in and told us Neil had a brain tumour and he would have to go into hospital for a biopsy. The physical and mental pain I felt on that day was indescribable knowing that my beautiful husband had to endure this and listen to somebody tell us this dreadful news. From that day on my life was never the same again.

Neil had his biopsy in March and it was confirmed that it was indeed a glioblastoma grade 4 and that nothing could be done for him. The consultant told us that they would give Neil “some radiotherapy and chemotherapy” and I remember distinctly saying “everything will be OK” and was told for 1 to 2 years. My heart died that day but I knew through all this that no matter how hard it was for me, my Neil had to listen to a stranger telling him he was going to die and would never see the milestones in his boys’ lives. Neil had a second seizure in the hospital as they had reduced his drugs but again made a full recovery. All during this dreadful time Neil remained positive and fought every battle with a beautiful smile on his face.

Neil’s treatment started after having his radiotherapy mask fitted. We attended the hospital everyday for six weeks and he took his chemotherapy at the same time. I honestly felt that he was going to get better. After the initial treatment Neil returned to see the consultant and we were told that the tumour had grown. He was told by a consultant in The Beatson that there was another older type of chemotherapy that he could try “if you want to let me know”. We were sent away from the hospital with literature on the chemotherapy. We would have done anything at this point so Neil decided he wanted the treatment. However, after a further scan there was more re growth and Neil was sent home having been told he had a few months to live.

After the first diagnosis I did a great deal of research and spoke to people who were in the same situation or had been through this. I discovered that even diet can help to keep patients going through this well and that a great deal of alternative medications can help keep strength up. Neil took a huge amount of medication for his illness and also a great deal of herbal medication. Prior to my beautiful husband being so ill I didn’t really have a great deal of faith in these alternative medications and although I knew they were not going to cure Neil, I felt I had to do something to take control back and feel I had to do something. Neil took as many as 10 herbal medications including hemp oil black seed oil and drops of Francincense oil under his tongue 3 to 4 times a day. This I am so sure gave Neil energy and he loved to walk 5 to 6 miles everyday as this made him feel better. His life was his boys and the fact that they saw him push himself everyday and remain so positive regardless of his diagnosis is a huge lesson to us all.

It was not until around February 2017 that Neil started to deteriorate. He became very lethargic and his memory and thought process was suffering. Neil couldn’t remember his boys names and everyday tasks were very difficult for him. This was very sad to watch but never did I think I was every going to lose him. Easter Monday was Neil’s last day out. He loved going for cake and coffee and we took him into Glasgow for coffee and cake and from Wednesday that week he never opened his eyes again.

I sat by his bedside at home as I had made him the promise of no more hospitals again. So I put all arrangements in place for him to be at home surrounded by his friends and family and his bedroom was filled with all who loved him and who he loved on a daily basis. On Thursday 27 April, my beautiful Neil passed away with his lovely family around him.

I feel my life is over and I just exist to look after my boys. My heart has been ripped out but at the same time I want to give something back and I know I will do this with Neil looking over my shoulder. 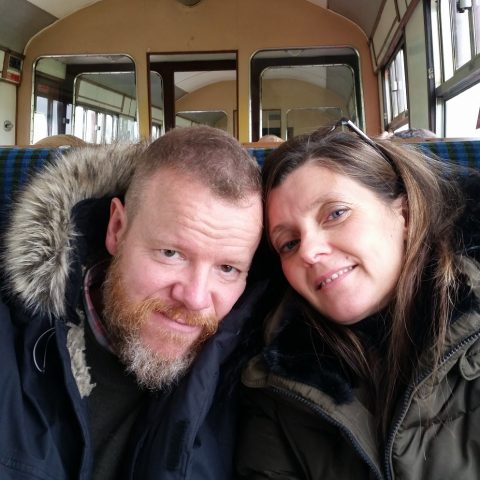 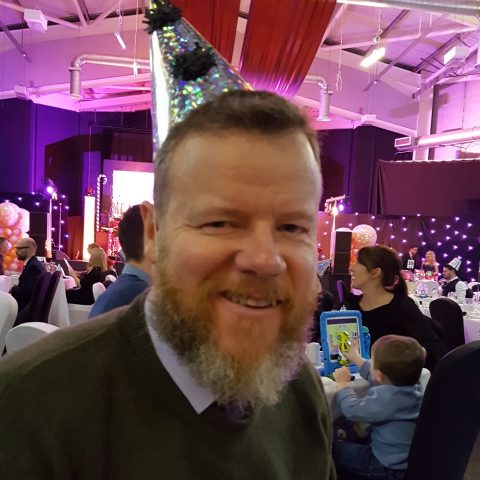 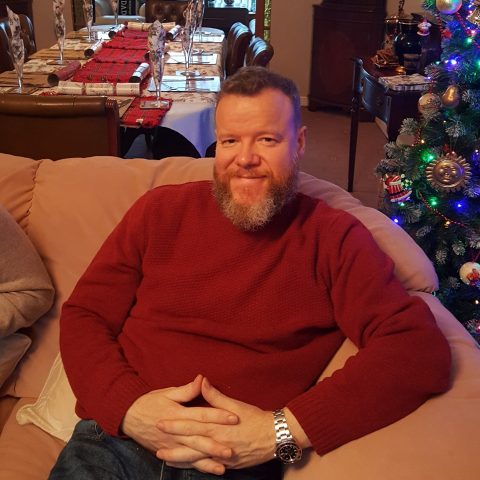 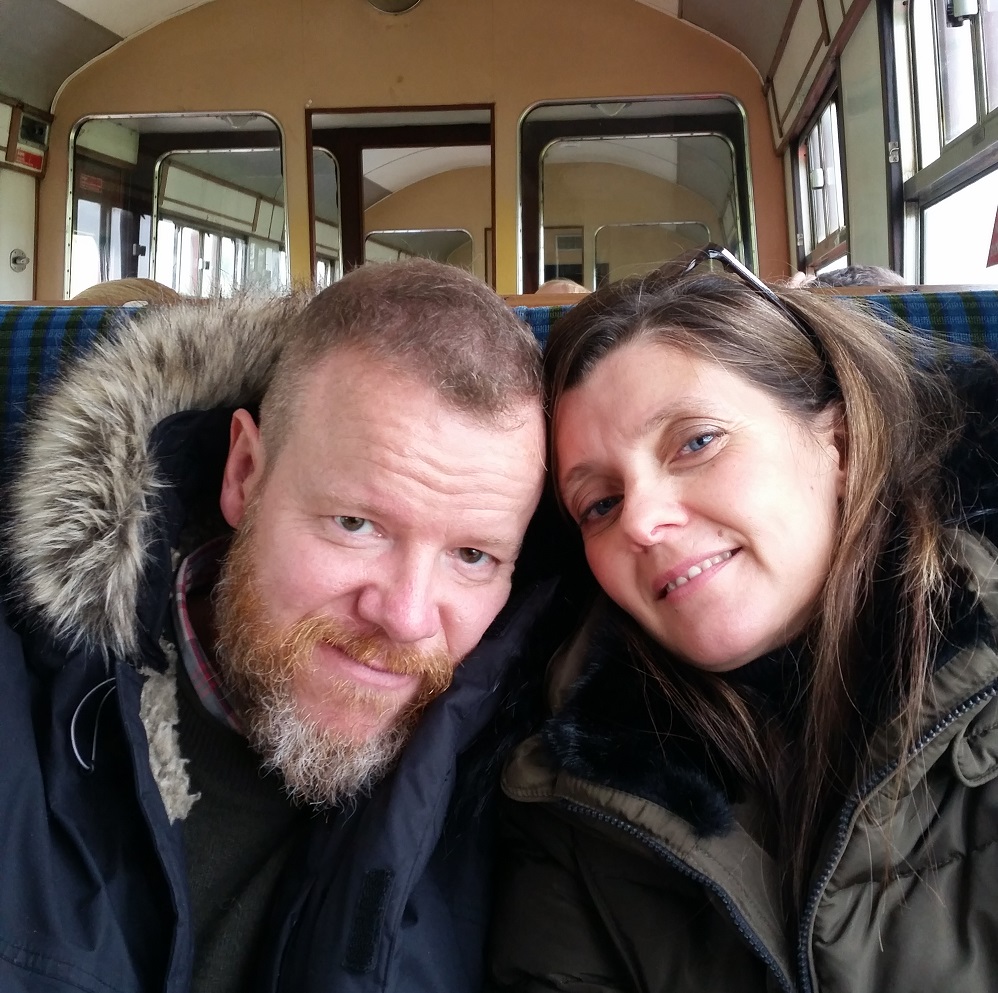 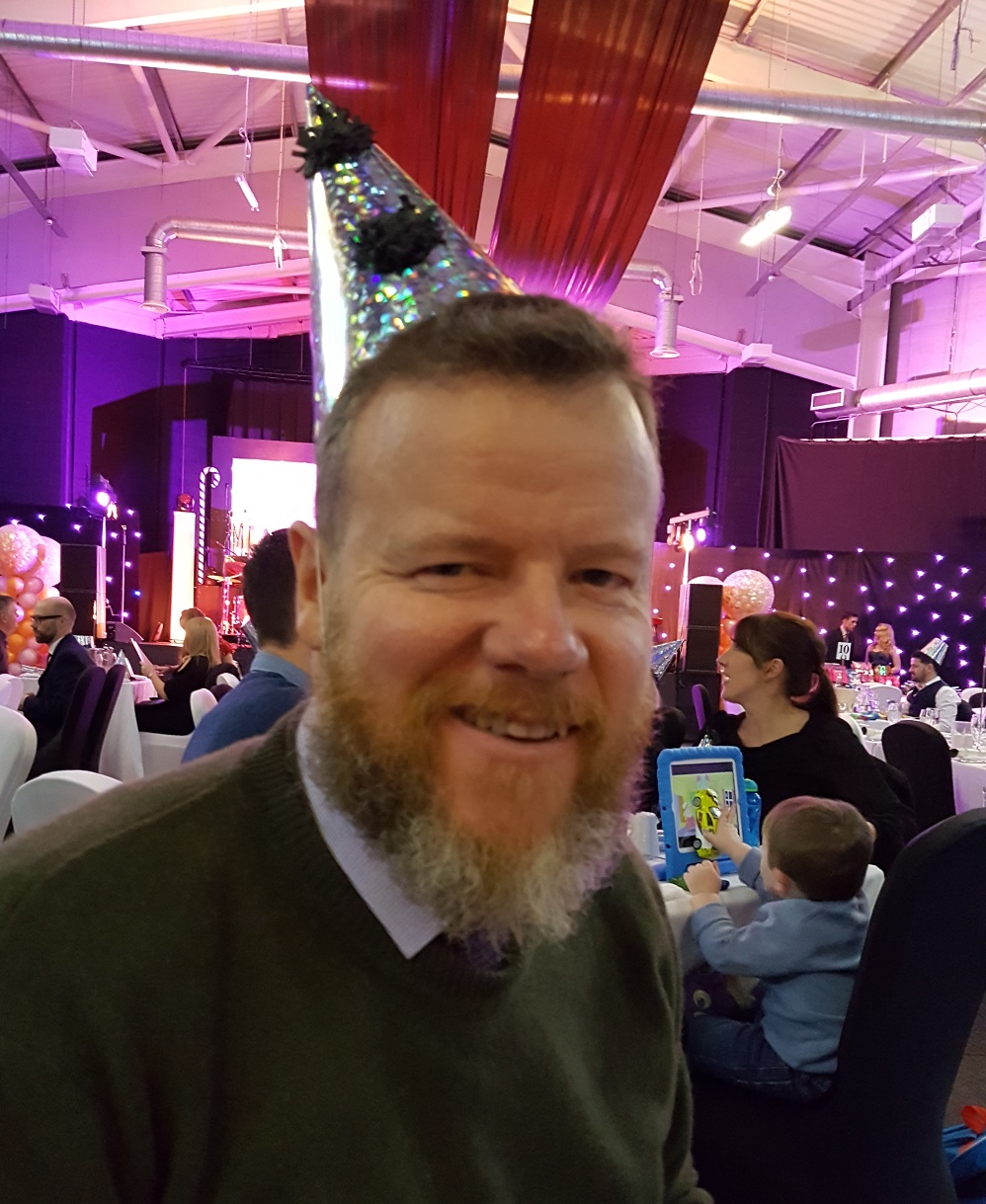 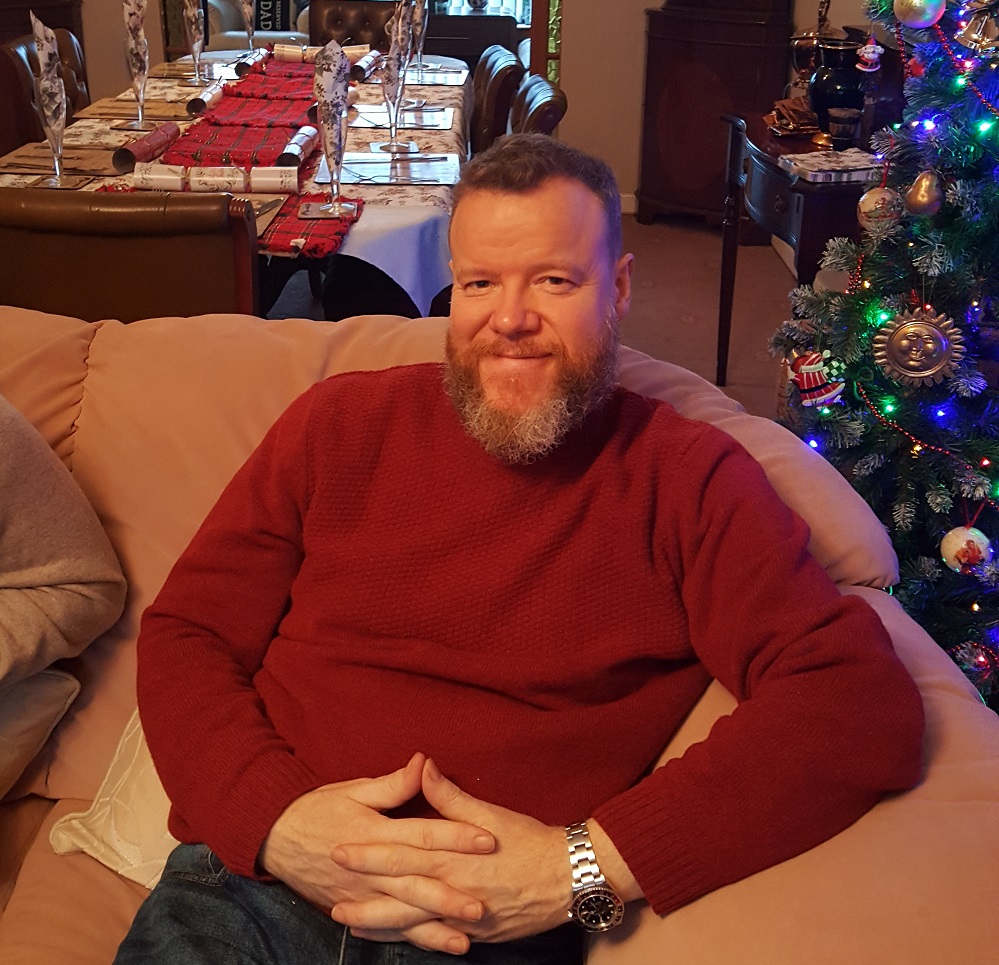