Nicola Clark, 43, from Essex first started having absence seizures around 10 years ago when she was a busy single parent to her young daughter, Millie. She had to plan her schedule around when she thought a seizure may happen, which usually occurred in the afternoons.

However, the seizures, which were mainly absence seizures, soon became more frequent and started taking place a couple of times a week and she began fainting too. These symptoms often happened when Nicola was travelling to and from her job in IT for a London firm and fellow commuters had to help her either on the train or when she was walking home.

Nicola said: “Managing work, single parenting and what would be revealed as a brain tumour all at the same time was a difficult challenge. I would try and get as much done in a morning so I could be on time to collect Millie from nursery and get back home before a seizure happened.

“Without a doubt, the hardest part was juggling everything by myself, especially when my episodes of fainting and seizures were increasing. I am really so grateful to the people who helped me and I would love to be able to thank them – if only I could remember what they all looked like.

Nicola did visit her GP several times and she was sent for various tests and scans to rule out diabetes or low blood sugar. The scans failed to find the tumour and she was also misdiagnosed with epilepsy and given various medications to manage that without success.

It was during this time that Nicola focussed her energies on an unusual distraction by taking on a distance learning course and she has since gained a BA degree qualification. More recently, she has also completed a course in Mandarin and is currently continuing her studies to gain a BA Honours qualification with the Open University.

Nicola said: “I looked into a healthy form of escapism which I could do between my work and parenting commitments. I wanted to be able to help Millie with her homework as she got older as well as show her a healthy way of coping with bad things in life.

“Studying has helped to take my mind off things. It hasn’t been easy as I have had fatigue after my surgery so working and looking after Millie is enough to tire me out. But, I would advise anyone with this condition to do something that they really enjoy, whether that’s academia or otherwise!”

She sought a second opinion on her symptoms and she was referred to a neurologist at The Royal Hallamshire Hospital in Sheffield by the nurse practitioner at her GP surgery.

Nicola was sent for a further MRI scan, which revealed a mass which was later confirmed to be a Grade 1 ganglioglioma and she had a craniotomy to remove it.

Gangliogliomas are most commonly diagnosed in children and are slow-growing. As previous tests hadn’t revealed Nicola’s tumour, doctors think it was growing as her symptoms increased. They also told her that the tumour may have been present since she was a child. Nicola now has annual check-ups and MRI scans to monitor her for any signs of regrowth. 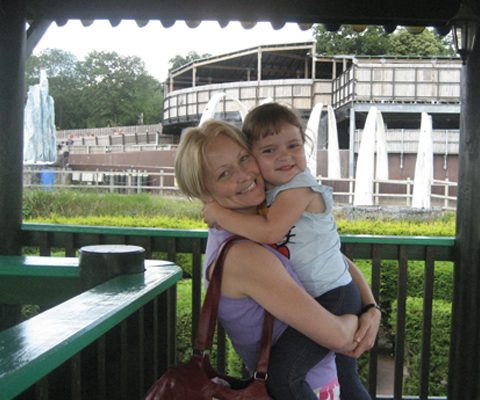 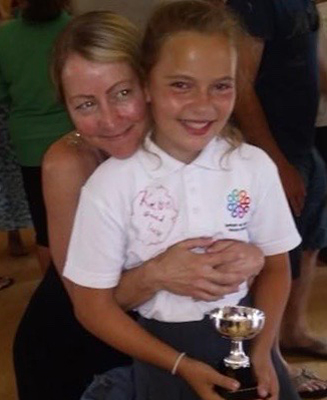 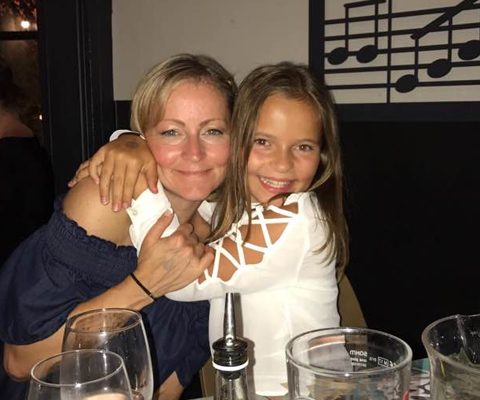 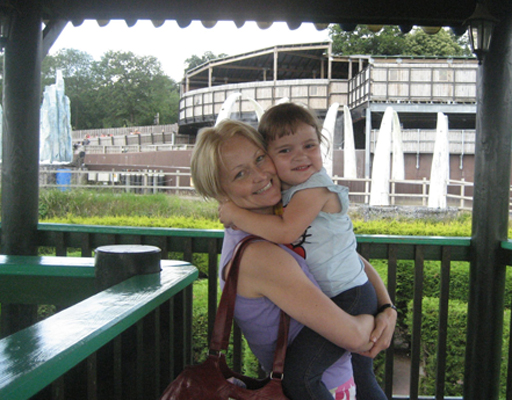 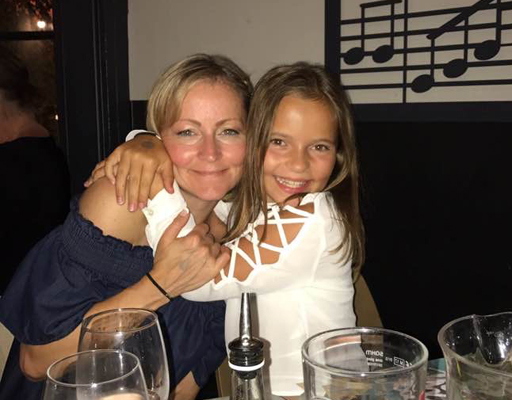 As a single parent, Nicola made looking after her daughter a priority, even when she was in the first stages of recovery from her surgery.

Nicola said: “Unfortunately, the tumour impacted on every element of my day-to-day life. I wasn’t able to drive for seven years and I didn’t live close by to most of my family. I made sure my daughter Millie’s social calendar wasn’t affected. But I was keen to keep my condition to myself so I became less social myself.”

It was while Nicola was having symptoms prior to her diagnosis in 2013 that she met Matt at a friend’s work leaving do and they married two years later in Santorini. Nicola credits Matt for providing her with invaluable support throughout her treatment, recovery and continuing in the present day. She also says she is incredibly proud of her daughter, Millie, and how she has handled Nicola’s diagnosis, especially given her young age.

She said: “Matt was with me when I was first diagnosed and I think he was also a little relieved to have an answer to the way I had been feeling. He has always been a huge help throughout it all too. From the simple and practical things, like how he was able to drive, to the things which are more important to me like Millie having someone else at home who was also aware of my condition and seeing these episodes. 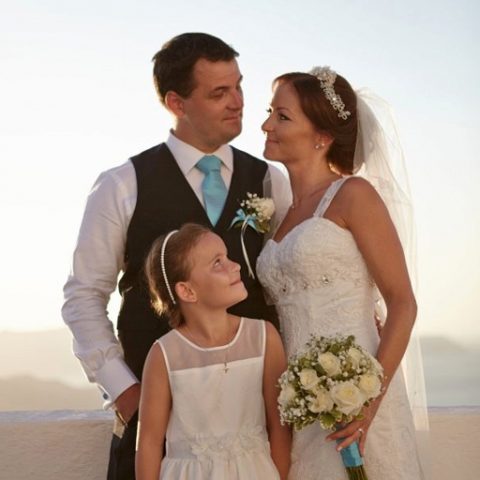 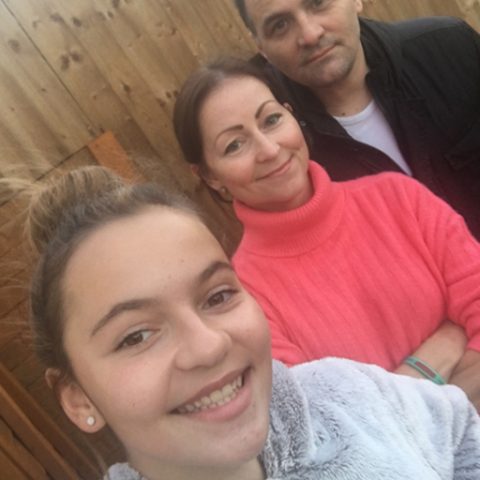 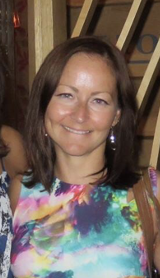 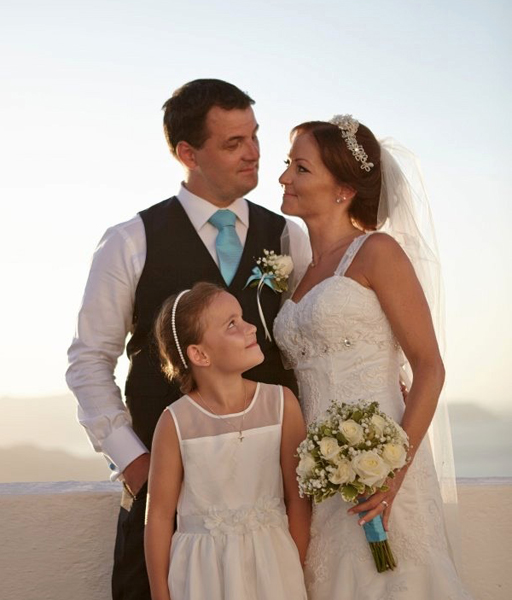 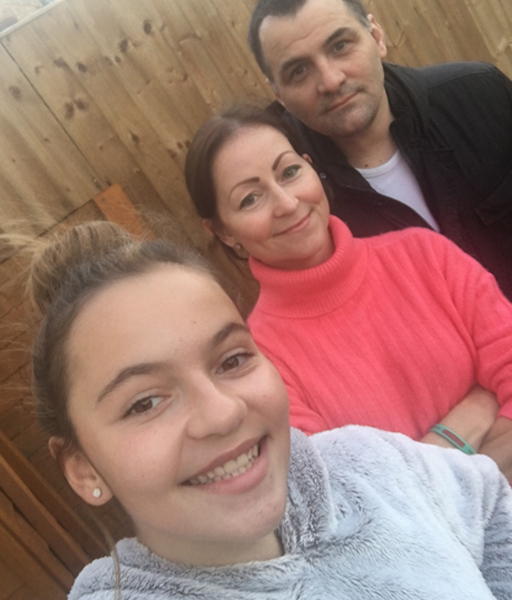 “Matt’s awareness has saved me from many serious incidents in the past too when I fainted or had a seizure and he was there to help me. I know how hard it can be to go through this alone having had to face it on my own when Millie was so young at the beginning of it all.”

It was also following Nicola’s surgery that the medical team looking after her told her about The Brain Tumour Charity. She has since volunteered for the organisation by helping with research surveys, our BRIAN app and campaigning as well as regularly wearing branded wristbands or t-shirts to help raise awareness.

Nicola said: “Brain tumours are often a hidden condition as are their side-effects, like the seizures I was experiencing. This lack of knowledge and understanding about the condition makes it harder for people like me to talk about what is happening to them. The side-effects of the tumour are unseen so people may think we’re just being lazy when we actually have debilitating fatigue.

Nicola is supporting The Brain Tumour Charity’s Great Minds campaign. The Charity has joined forces with Teemill to release five bold, unique and eye-catching designs which are exclusively available on a range of t-shirts and hooded tops for men, women and children with 50% of the profits of each sale being donated to The Brain Tumour Charity. The range celebrates the strength and commemorates the experiences of people who have been affected by a brain tumour.