Alison O’Donnell, 34, from Oldham conquered the highest mountain in Wales as part of a calendar of fundraising events her family and friends have been spearheading since her dad Michael was diagnosed with a meningioma in 2019 and which he passed away from in June this year.

The family have raised an amazing £4,650 for The Brain Tumour Charity, which is the world’s leading brain tumour charity and the largest dedicated global funder of brain tumour research.

This includes Alison’s climb alongside around 30 of her friends and family, as well as raffles and various workplace fundraising initiatives which she arranged. Alison’s husband, Ryan, and his friends also took on the Three Peaks Challenge and they met to take on Snowdon together. Alison’s sister-in-law Emma and her friend Sam completed a 50-mile walk and their friend Conor ran 200K throughout May to raise £680. A friend’s workplace, Rotork, also made a £500 donation.

They are all supporting the Charity to help find a cure for the killer disease which cut short the life of Michael, Alison’s adored dad.

Alison added: “Thank you to every one of our amazing friends and family who are supporting us, being there for us and helping to raise awareness through The Brain Tumour Charity.”

Michael first experienced symptoms of the brain tumour at Alison’s wedding on 18th May 2019. At the wedding reception, he said that his legs were feeling heavy and that they didn’t feel quite ‘right’ which, at the time, was put down to nerves ahead of giving his Father of the Bride speech.

As the newlyweds enjoyed their honeymoon in Mexico, Michael told his daughter that he was having some blood tests as his leg hadn’t improved but told her not to worry. He was given medication for a suspected trapped nerve.

A few days later, whilst Michael was at work as a branch manager for Eurocell in Oldham, his left leg began to shake uncontrollably before it dropped to the floor and then the shaking soon stopped.

Michael made an appointment with his GP who sent him to see the Urgent Care team at Royal Oldham Hospital which Alison attended with him. The doctor carried out some reflex tests, including bending his toes, but they bent in a different way than they should. Michael was sent for a CT scan and, in the early hours of the next day, the family were told the devastating news that a 2-3cm mass had been found on one of the main veins in Michael’s brain.

Alison said: “My dad had always been a fit and healthy man so it all really came out of the blue. We both worried as soon as the doctor mentioned a CT scan – we tried to remain calm and we hoped it was just a precaution. We couldn’t understand how Dad’s leg issue could then lead to a brain scan.

“After the doctor told us about the mass, Dad held his head in his hands and said “My life is over”. I was shaking with fear, panic and shock but I hugged Dad and I rung Mum to tell her the news. I heard a high-pitched, painful scream from her – it was a horrible sound which I have never heard before.” 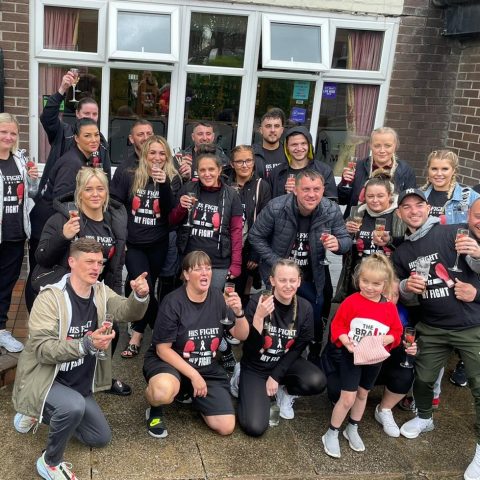 Taking on the challenge. 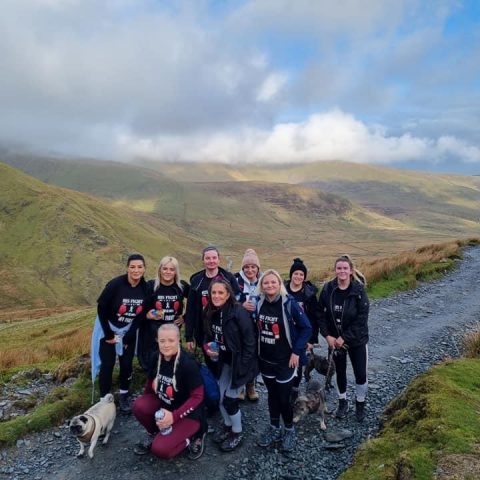 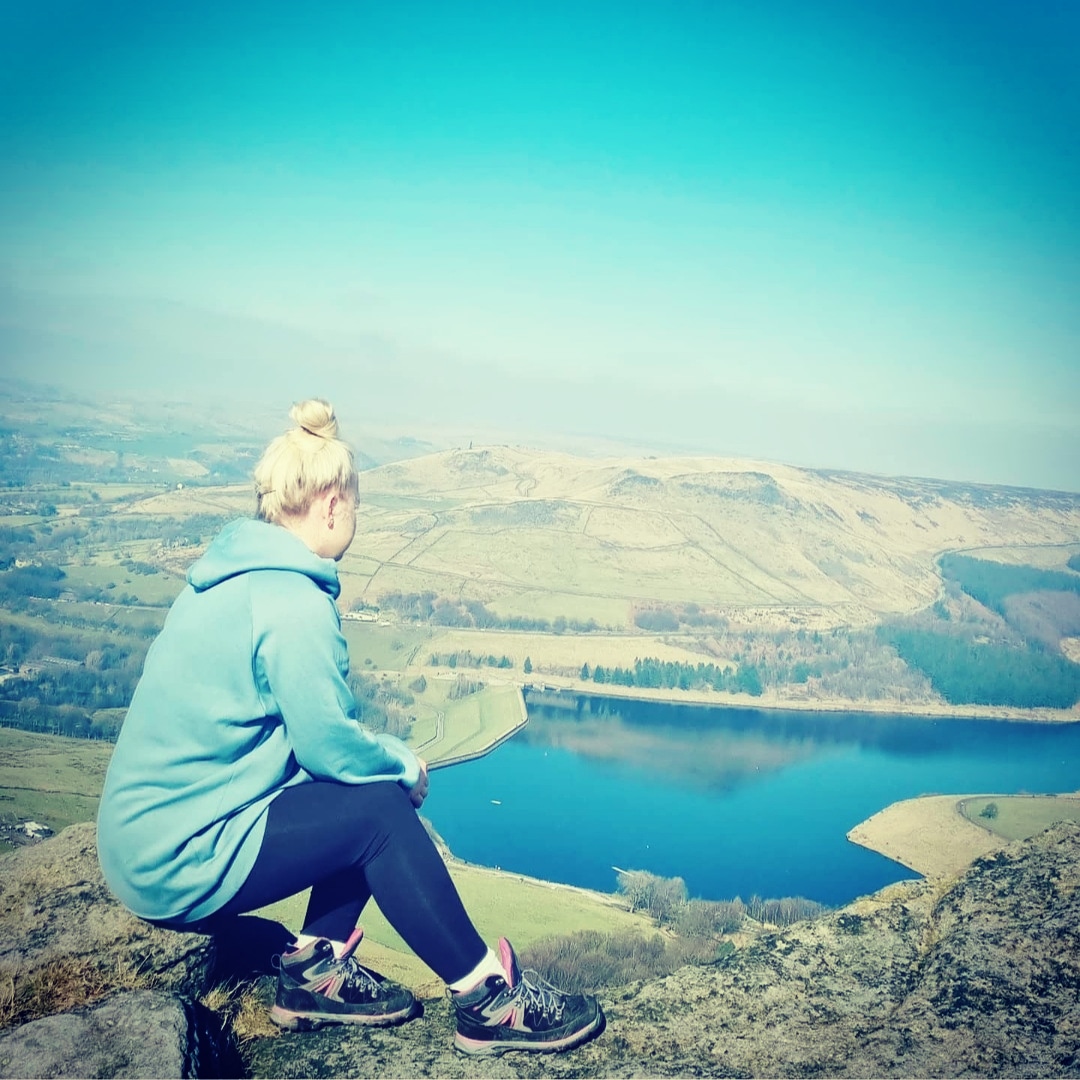 Alison had time to reflect on what her dad was going through on her fundraising climb with friends and family. 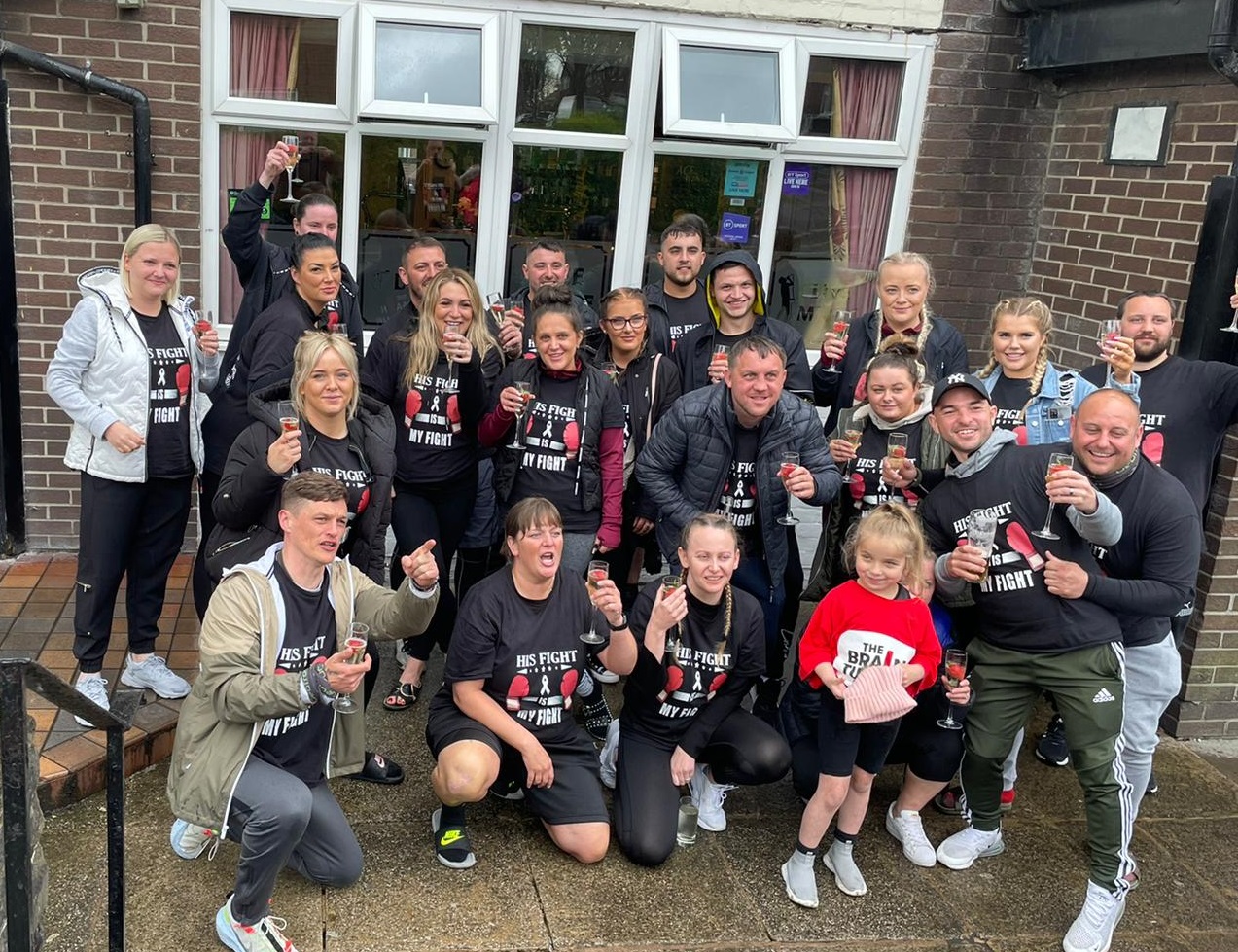 A dedicated group of fundraisers have been helping Alison to support The Brain Tumour Charity in a variety of ways. 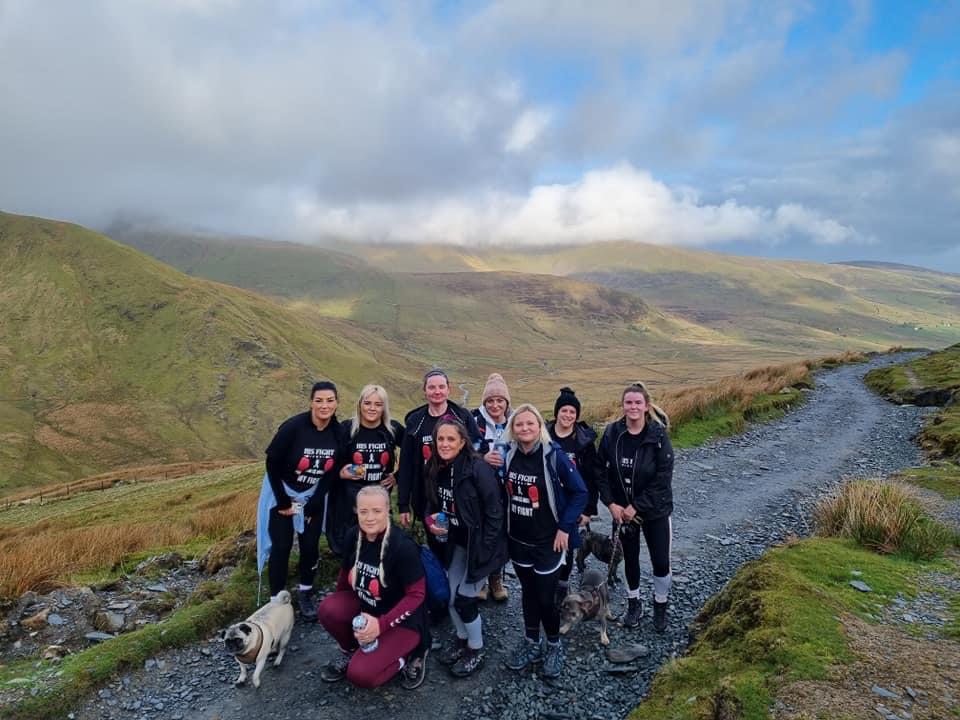 Alison and her friends took it one step at a time to support The Brain Tumour Charity.

Michael was transferred to Salford Royal Hospital and he was given medication to reduce any swelling in his brain, anti-seizure medication and an operation was scheduled in for the end of the month. His condition got worse over the following weeks – he was increasingly weak and he needed a wheelchair to attend future hospital appointments.

The eight-hour operation successfully removed around 90% of the tumour. The family visited Michael in hospital that evening and he was sat up in bed talking. His quick recovery meant he was back home just three days later. Michael also had radiotherapy before a phased return to work.

However, just ahead of his 12-month check-up scan in May 2020, Michael began experiencing back pain, which he thought was a result of straining it whilst doing jobs around the house. He was sent for a back scan as he had previously been diagnosed with kidney stones.

Then, he had a seizure whilst he was walking near his home. His leg stiffened and became heavy so he couldn’t lift it. He went to A&E at Oldham Hospital and he had a CT scan – which revealed the recurrence of the brain tumour. The family’s worst nightmare devastatingly got underway again.

Michael was once again prescribed medication to reduce any swelling and further surgery was discussed but it came with significant risks due to the tumour’s location. However, the results of the separate back scan also revealed a potentially cancerous mass on Michael’s spine.

Michael was referred to Salford Royal Hospital for a procedure to put cement at the bottom of his spine so it didn’t collapse. He also had a biopsy on the mass on his spine and much of it was removed too.

Sadly, Michael’s condition became terminal. Chemotherapy and radiotherapy weren’t effective and the family were warned that his mobility will get progressively worse. Michael had care from a Macmillan nurse and he also spent time at Dr Kershaw’s Hospice in Oldham for pain management. He passed away at home on 29 June with his family around him.

Alison said: “Once we knew that Dad was incurable, we lived each day the best that we could. It was difficult, especially because of Covid, as we would have liked to do a lot more. Dad was also in pain and so it was just heartbreaking to watch.

“Dad was the head of our family and he was our strength,  It is the hardest thing in the world to see someone you love so much go through absolute hell, not once but twice. To think you have beaten something and then for it to come crashing down even harder is the most terrible pain I have ever experienced. We are a very close family and that closeness is what keeps us going but now we just feel lost and everything is very surreal.”

Alison first heard about The Brain Tumour Charity when she was searching online for information following her dad’s diagnosis. The level of underfunding for the disease is Alison’s motivation to fundraise for the organisation – over £500m is spent on cancer research in the UK every year yet only 2% is spent on brain tumours.

Alison said: “I just wanted to make Dad proud of me and our fundraising is one way to do that. I think much more funding needs to go into research to be able to understand more about brain tumours and to have more knowledge about what causes them.”

You could take on a fundraising challenge and help us to defeat brain tumours.