A family is participating in a virtual online balloon race to raise funds to help find a cure for and support people affected by brain tumours after losing their beloved relative, Julie Fisher, to the cruel disease.

Zoe Bourn, 42 from Buckinghamshire along with her sister Dani, step Dad Paul and Auntie Jan are registered in an innovative online balloon race which will take to the ‘air’ on 2 June. This is the latest venture which is part of the family’s ’70 Before 70’ fundraising challenge for The Brain Tumour Charity.

The campaign sits within the family’s Heads Up Fund, which is also in support of The Brain Tumour Charity to specifically fund research, which was established by Julie before she sadly died of a brain tumour in January 2015. The money raised so far is enough to pay for 250 days of research to find a cure for the disease, which 31 people are diagnosed with every day.

As part of Julie’s legacy, the family have been fundraising for the Charity ever since with the aim of reaching £70,000 by 26 March 2022 which would have been Julie’s 70th birthday.

The family have so far raised an amazing £65,000 – £25,000 of which was raised by Julie herself before she died – for The Brain Tumour Charity, which is the world’s leading brain tumour charity and the largest dedicated funder of research into brain tumours globally.

Zoe added: “Carrying on with her fundraising was something which Mum actually asked us to do for her after her death and we will do it for her and also for the other families throughout the world who share this pain.”

The online balloon race allows people to design and launch their own hot air balloon which will virtually take flight for a seven-day period using Ecoracing technology and tracking by Google Earth. The race is programmed using real-time weather information which will influence the speed of the hot air balloons and participants can log on to see how their balloon is progressing.

The one which travels the furthest and remains intact will win a prize including £500, an iPad or book tokens. Zoe is also working with some up and coming businesses who have donated further prizes exclusively for Team 70 Before 70 including The Good Edit.

Virtual balloons can be purchased for £3 each here.

Ecoracing does usually align its competitions with global events and Zoe and her family decided that the Queen’s Coronation on 2 June to mark the start of her 70th year on the Throne was a fitting theme.

Zoe said: “The online balloon race is so clever and we’re really looking forward to getting it off the ground to help raise both awareness and funds. It’s a really fun, unique and environmentally friendly way to fundraise. The online nature of this event also gives us access to people all over the world so anyone can participate from anywhere!”

Zoe, Dani and their children Freya, Huey and Reese. 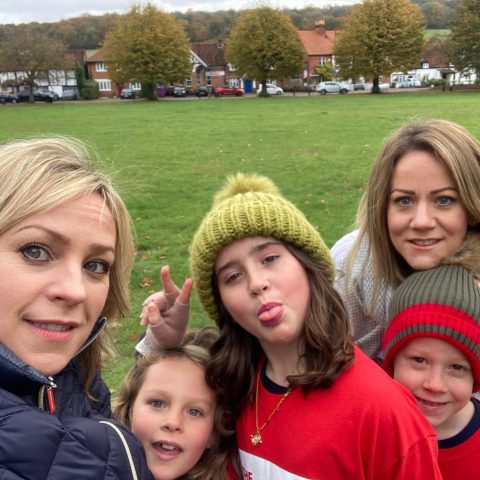 Julie with her sister Jan. 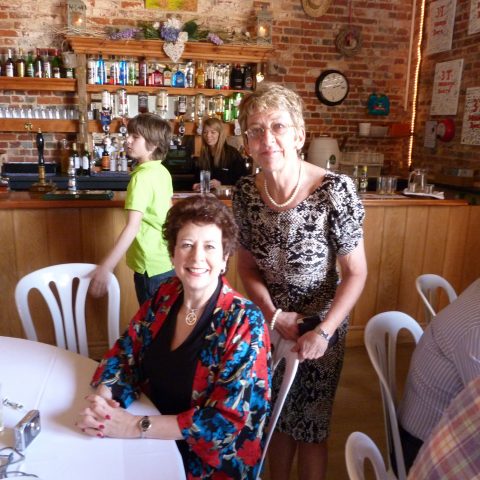 Julie with the Mayor of Windsor. 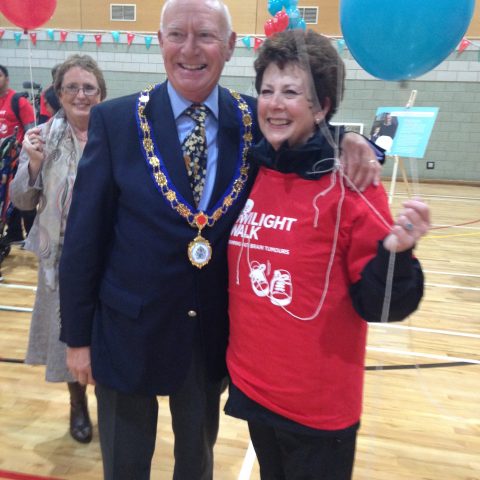 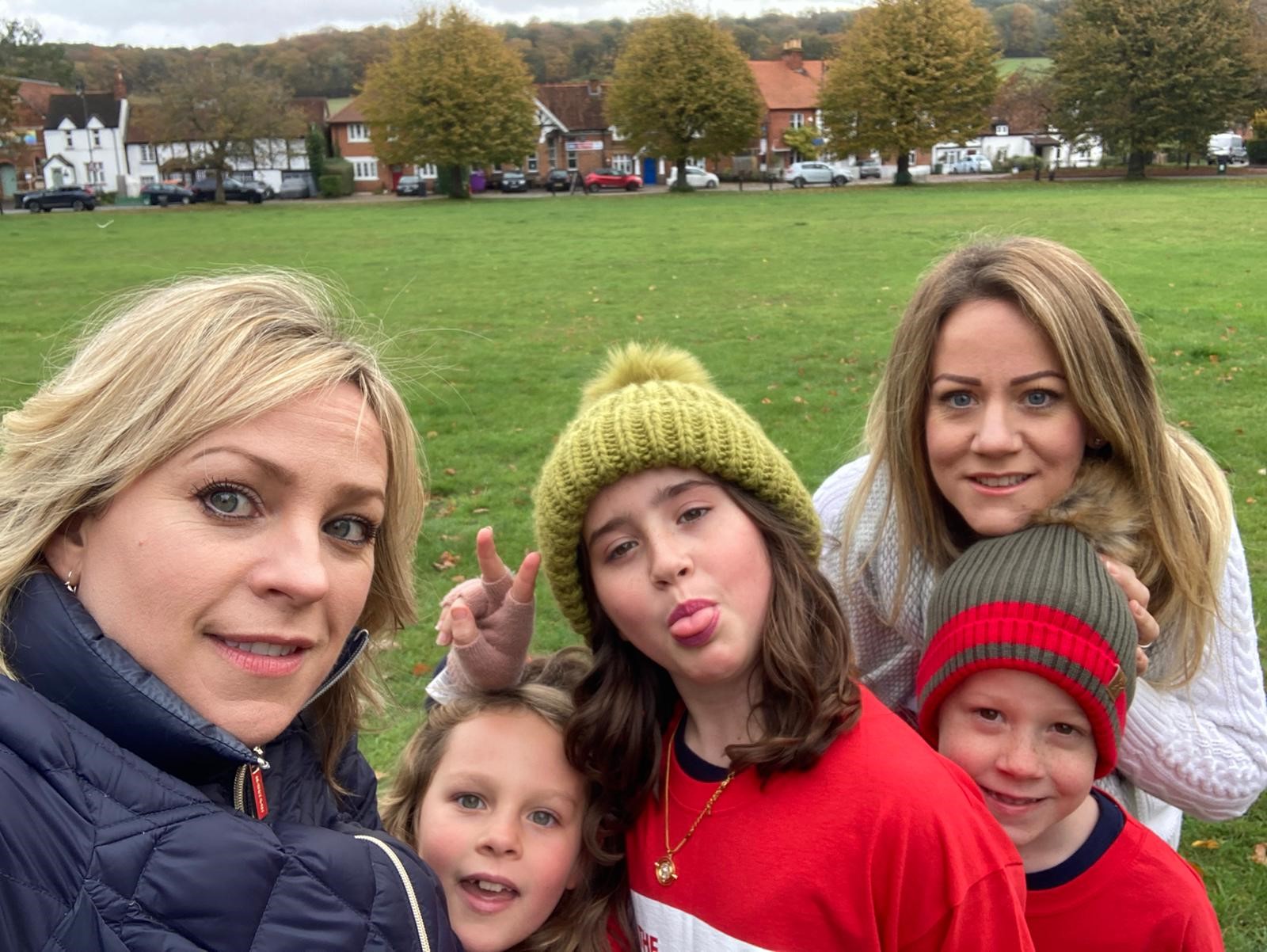 Zoe and Dani have always been keen on including their children in their fundraising and they launched ‘The Daytime Walk’ so the youngsters could be part of the initiative too. 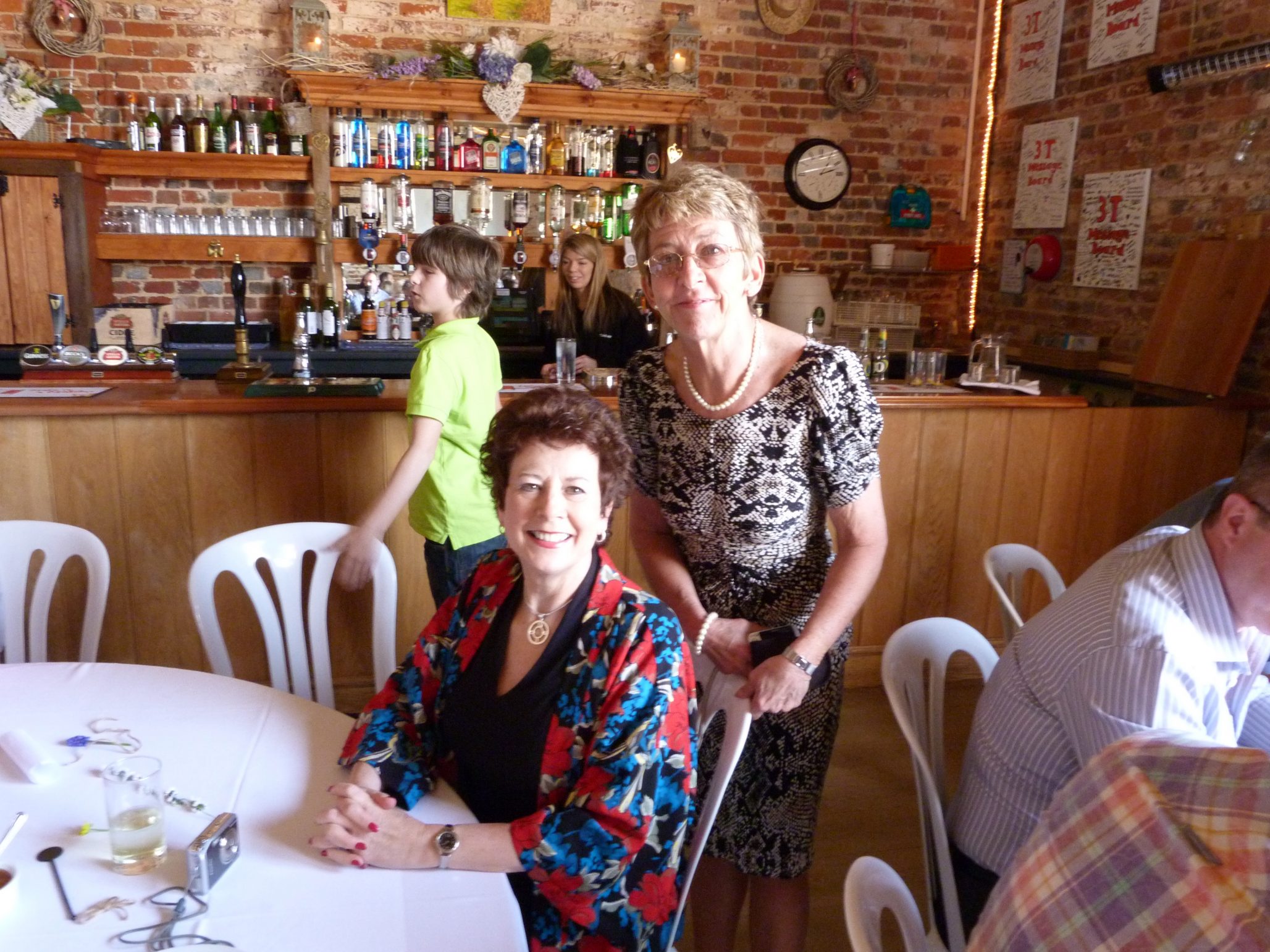 Jan has been part of the team spearheading fundraising for The Brain Tumour Charity after losing her much-loved sister to the disease. 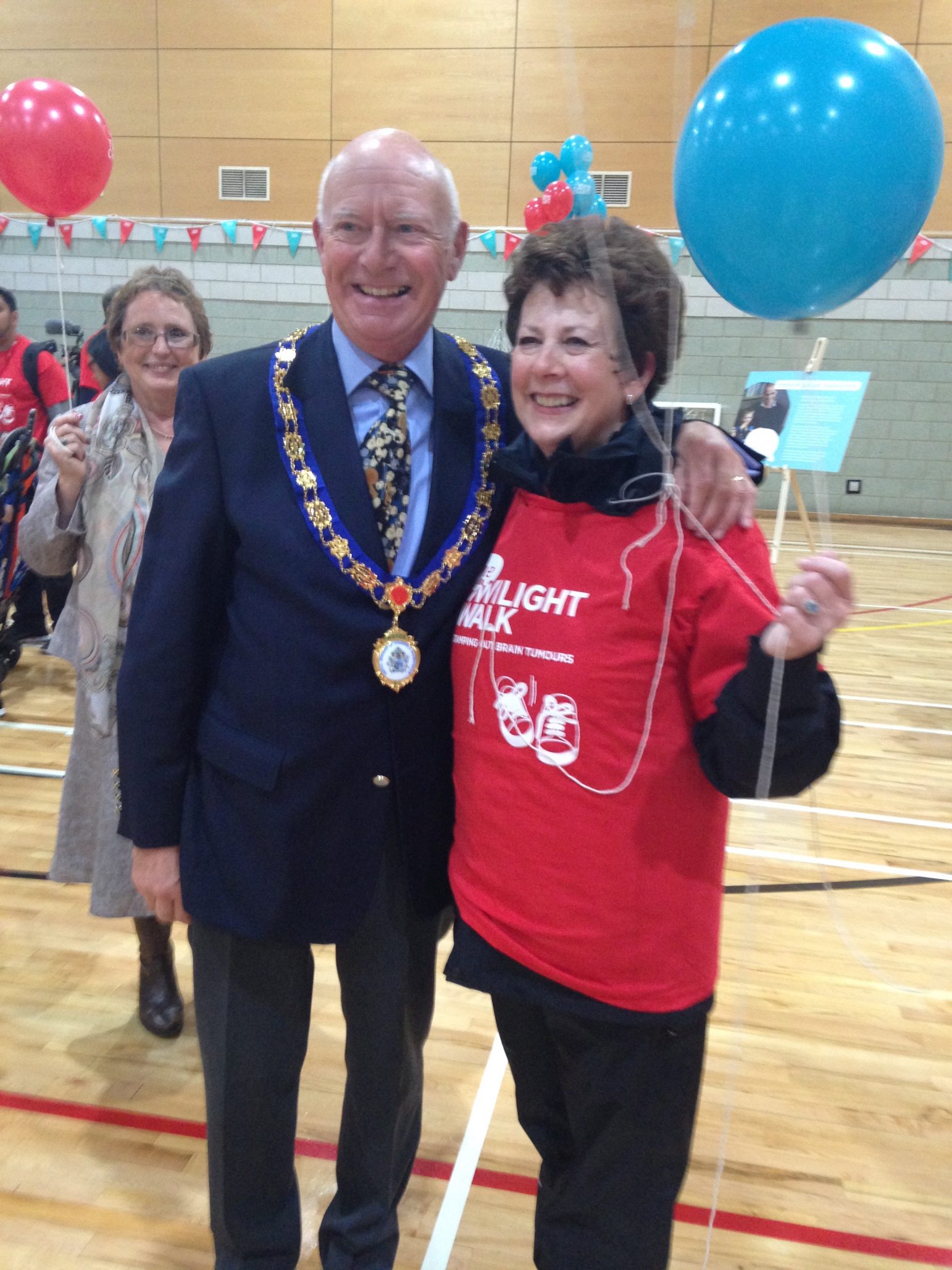 Julie was very active in fundraising for The Brain Tumour Charity following her own diagnosis which was credited by many, including the Mayor of Windsor in 2013.

Julie first began to have symptoms, including painful spasms in her head and neck, in December 2006. This continued until she was finally sent for an MRI scan by her GP nearly two years later and she was diagnosed with a Glioblastoma in April 2008 at 56-years-old.

Julie was put on a ‘watch and wait’ treatment plan including regular MRI scans to monitor her condition. She continued to have excruciating pains in her head as well as pain in her left cheek, ear and eye. By the beginning of 2009, Julie was also having around 15-20 facial spasms a day which could be brought on by anything from coughing to bending down.

It was around this time that Julie launched the Heads Up Fund for The Brain Tumour Charity to mark her 60th birthday with the aim of raising £1,000. Within a few months, she had actually raised £10,000 and, by regularly taking part in events including The Brain Tumour Charity’s flagship fundraiser, The Twilight Walk, she raised an amazing £25,000 before she passed away.

It was in October 2014 that Julie’s tumour was continuing to cause severe problems, including her struggling to swallow, and so she had surgery to remove some of the tumour in January which would have been followed by a course of radiotherapy.

The operation itself was a success and her condition was deemed stable afterwards. However, Julie unexpectedly died during the following night in hospital. Investigations, including a post-mortem, were unable to establish a cause of her death. The hospital has since revised their policy to ensure someone recovering from brain surgery is never left alone regardless of their condition or stability.

In their bid to fulfil Julie’s wish, the family have continued to take part in The Twilight Walks every year as well as their own annual daytime version, ‘The Daylight Walk’ which is now in its 9th year, so more people, including Julie’s seven grandchildren, can take part. They have also held online storytelling events, quizzes and bake sales with plans to do more as Covid restrictions ease.

Zoe said: “Mum regularly referred to the help and support she received from The Brain Tumour Charity. The Charity was a source of comfort to her when she was unwell and a huge support to us as a family – it felt and continues to feel like they really knew, loved and cherished Mum as we did for the wonderful woman she was.

“We want to help ensure other families receive this support and we also know how important funding is for the vital research they are doing to prevent more suffering and loss of lives.

“I know that Mum would feel so immensely proud of our commitment to fulfil her wishes. Our fundraising work really helps us feel connected to her and the legacy and imprint she left. She was the most incredible human and we miss her every day.”

Help us to find a cure.

There’s a wide range of fun and innovative ways in which you can help us to find a cure for brain tumours.