A successful lawyer credits children’s literature for helping her to rediscover a love of reading after her brain tumour diagnosis and treatment left her with severe fatigue and reduced concentration.

Caroline Steel, 40, from Swindon, was diagnosed with an anaplastic astrocytoma in 2017. Her diagnosis was a complete shock as she had no known symptoms at all ahead of collapsing at work in her role as part of the legal team for a conservation charity.

A little while before she collapsed, Caroline had been feeling a little light-headed so, thinking she needed a blood sugar burst, she went to a nearby shop to buy some chocolate. On her way back, Caroline said that it felt like her feet weren’t touching the floor or that she was walking on jelly. When she was back at her office, she had her first seizure and remembers nothing else of what happened to her in the hours after that.

She has since been told that an office first aider came to help her when her colleagues thought she was choking on a Mini Egg. An ambulance was called and Caroline was taken to Swindon General Hospital and the first thing Caroline remembers is waking up in ICU. Her only memory is of knowing that something had been found in her head although a doctor hadn’t actually told her that directly after she had regained consciousness.

“Prior to that seizure, I was 100% normal. Even looking back now, there were no warning signs of what was to come that I had noticed at all. It was all so out of the blue. I can’t remember anything from it.”

She added: "My medical notes said that I had been combative on arrival so security had been called and that I had tried to take my cannula out. This is so out of character for me but the doctors told me this is common for people immediately following a significant seizure.”

Caroline had four seizures in her office and at A&E so she was given a MRI scan and anti-seizure medication as she was referred to the neuro surgery team at the John Radcliffe Hospital in Oxford. She had surgery – an awake craniotomy - a few weeks later.

Following Caroline’s surgery, which removed as much of the tumour as possible, it was confirmed that she had a Grade 3 astrocytoma. So, she needed further treatment including chemotherapy and radiotherapy.

The medical team had warned her of some potential side-effects of the treatment including memory loss, concentration problems and personality changes. However, they had said that her brain would form new pathways and relearn how to do things over time.

Caroline did have some problems remembering how to ride a bike after a few difficult attempts and she did take a couple of refresher swimming lessons to ensure she still had that life skill. Yet, as she struggled to get through an adult fiction book, her sister suggested some books for children and young adults instead. Caroline soon rediscovered the fun books can bring as she enjoyed Enid Blyton, Roald Dahl and also Winnie the Pooh for the first time having not read it as a child.

Caroline said: “Life felt pretty grim after the surgery but you have to marvel at medicine and the ability for such complex surgery to be carried out. As my treatment got underway, I did find that my concentration levels were affected and the fatigue I was experiencing made it hard for me to focus on anything for too long and I would fall asleep in the middle of reading a chapter.

“My sister’s suggestion to read books intended for a younger audience instead was the perfect solution. Whilst I was having treatment, I would set myself a challenge to read a book a week and it was such a wonderful accomplishment to be able to do so."

“With their shorter length, the inevitable happy ending and undeniable nostalgia, children's books helped me to regress to a more simple time in life. It also helped to change my perspective when I was going through one of the most difficult times in my life.”

Throughout her treatment, Caroline also had to come to terms with losing her hair during radiotherapy which she said was much more severe than she had been expecting.

She added: “Chemotherapy was such a strange experience. In my job, I assess risk all the time and here I was willingly putting the contents of a bottle labelled ‘toxic’ into my body.

“I have also always had very long hair so losing so much of it was a big change for me. It really was a shocking amount that came out too – it would clog up my vacuum cleaner every time I did the housework. You think that it will just be the odd clump here or there but it’s not and you don’t realise just how significant it can be until it really happens to you.”

Caroline also needed to change her chemotherapy dose as her platelet levels dropped dangerously low and she had to be readmitted to hospital for a night and taken off the medication whilst they stabilised. This was first picked up in a routine blood test but Caroline said she wishes she had seen the information on The Brain Tumour Charity’s website at the time which explains that the pin prick marks and random bruising she was experiencing were indications of this.

Now, four years on, Caroline has regular scans to monitor her condition for any signs of regrowth. Caroline has also changed her outlook on life throughout her experience ahead of the similar changes many people have experienced in response to the Covid pandemic.

She said: “Throughout the pandemic, we have all come to appreciate how mortality is a simple fact of life. It has been interesting to watch other people realise this having already come to terms with it myself as much as I can. I have been told that brain cancer has no cure. That’s a sobering thought.”

Caroline is keen to make the most of every day and she is due to be moving into a new home with her partner in the near future. Her advice to others is: 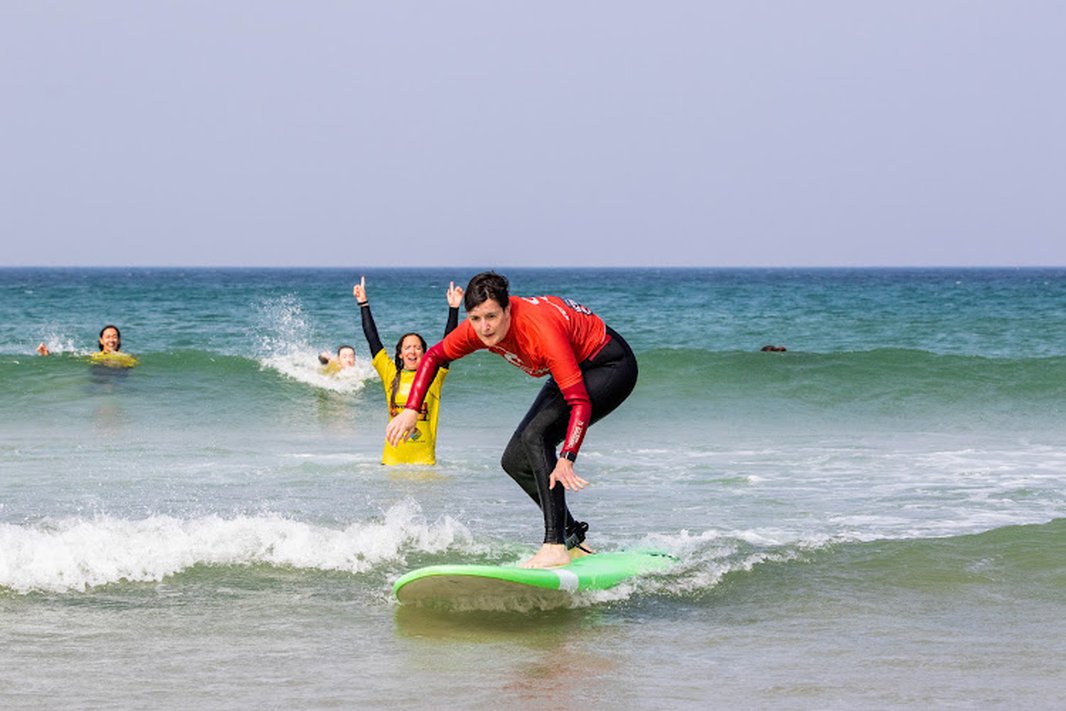 Caroline found out about The Brain Tumour Charity following her diagnosis and she requested the Charity’s information pack which contains lots of advice, information and support for those who are affected by a diagnosis. She has also registered for the organisation’s BRIAN app which allows people to keep their own online log, similar to Caroline’s ‘drugs diary’.

She said: “Although a cure for brain tumours would be amazing, what would really help me is to understand why they occur - no one has an answer for me on that. I was in a car accident a few years ago and I hit my head and I wonder if it could be because of that? Is it genetic? Could it be environmental factors? Or is it as simple as luck of the draw? I will probably never know and that’s difficult for me to accept.

“Now, I just want to live as normal a life as possible. I want to stay as fit and healthy as I can so that I am in the best possible position to cope with whatever the future may hold. I am always going to have to go pop into the hospital and get checked and I don’t know what’s coming. So, I want to appreciate now and live in the moment – it’s taken me the last four years to get to that place mentally so I want to enjoy it.”

Find out from our experts how to adjust to life following a brain tumour diagnosis.

Living with a brain tumour