Noah Wiseman, who was seven-years-old at the time, had a headache when he and his family were in on holiday in Norfolk for Halloween in 2019. He didn’t usually have headaches so his mum Lucy gave him some children’s paracetamol and, thinking that maybe he was dehydrated, didn’t think anything else of it.

A couple of days later, Noah had another headache and, over the next three weeks, the headaches were increasingly regular and happening every couple of days. Lucy took Noah to the GP who said she could find nothing wrong but that she would contact Addenbrookes Hospital for further advice.

Within an hour or so, the GP called Lucy back to say that the team at the Addenbrookes Hospital would like to see Noah that afternoon. Lucy took Noah to A&E and the doctor who saw him thought he could be stressed about his school work.

The doctor did also suggest that Lucy looked at the website for The Brain Tumour Charity’s Headsmart campaign, which aims to raise awareness of the signs and symptoms of brain tumours in children and young adults, and to return to the hospital if she had any concerns. 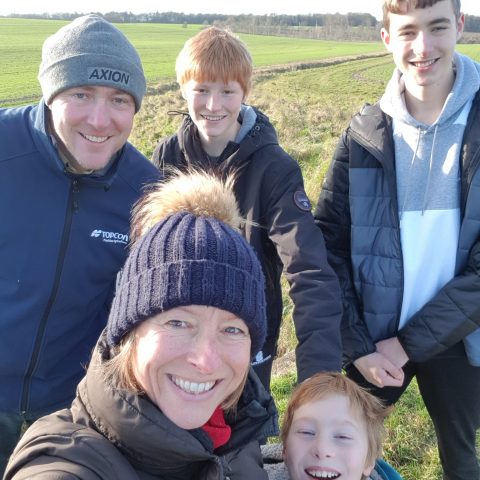 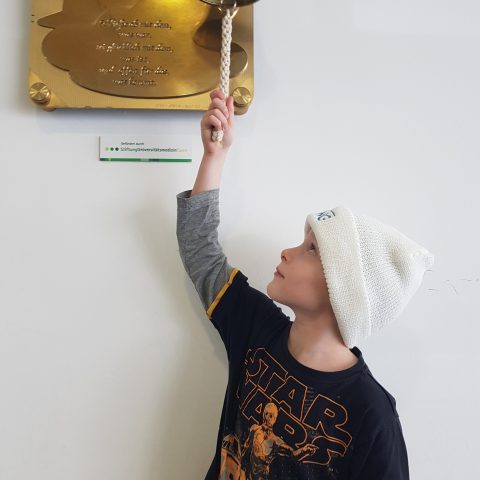 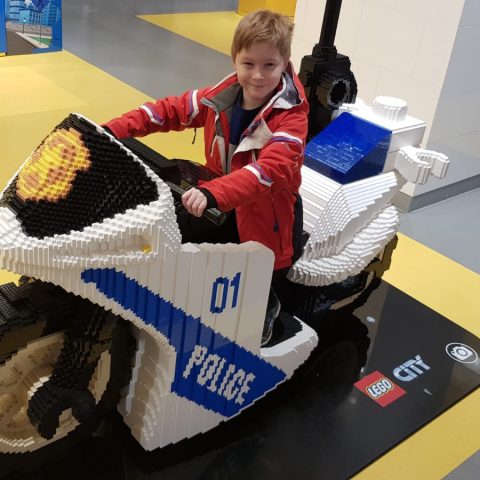 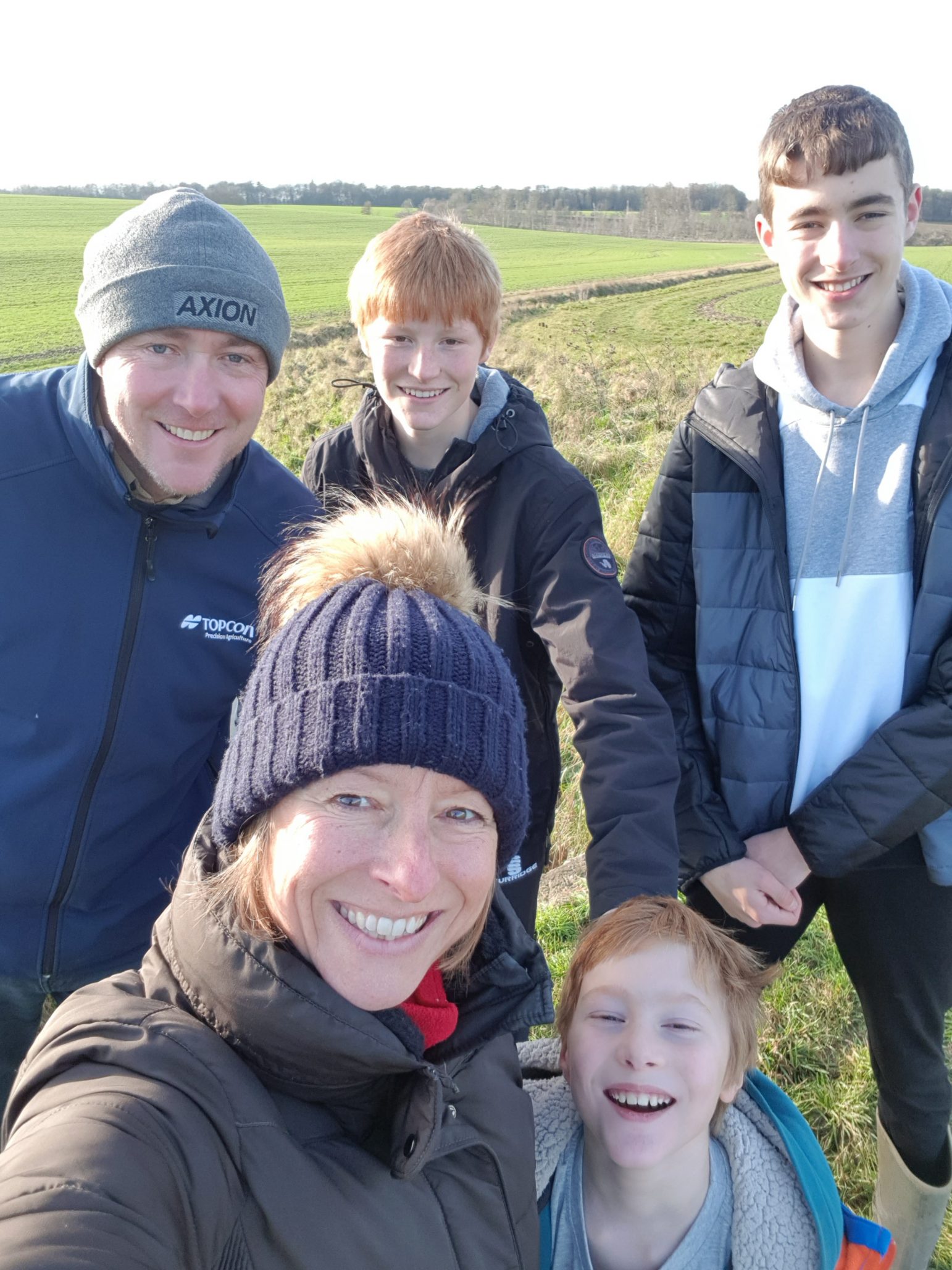 The family enjoy spending lots of time together on their farm. 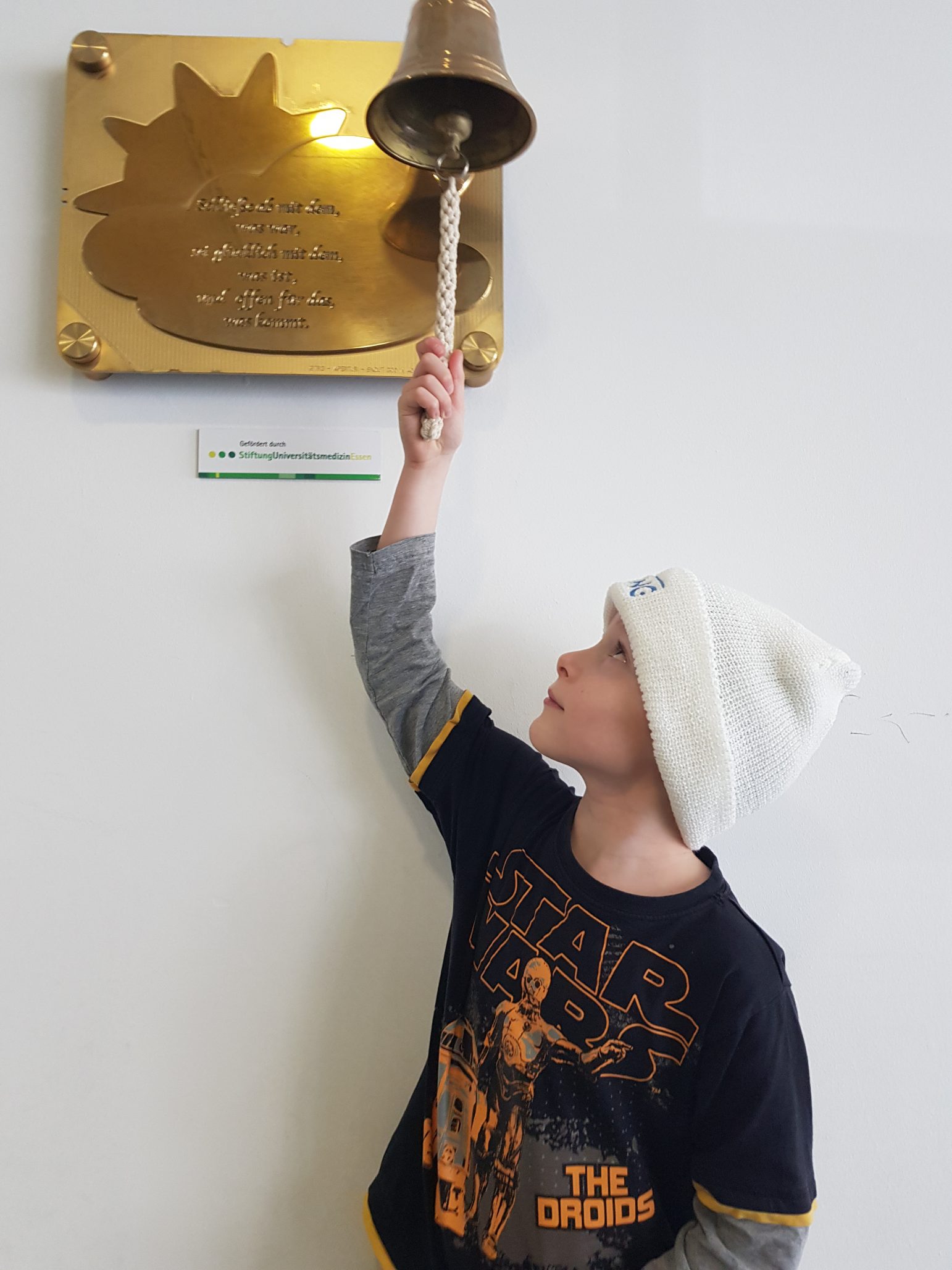 Celebrating the end of Noah’s treatment at Addenbrookes Hospital. 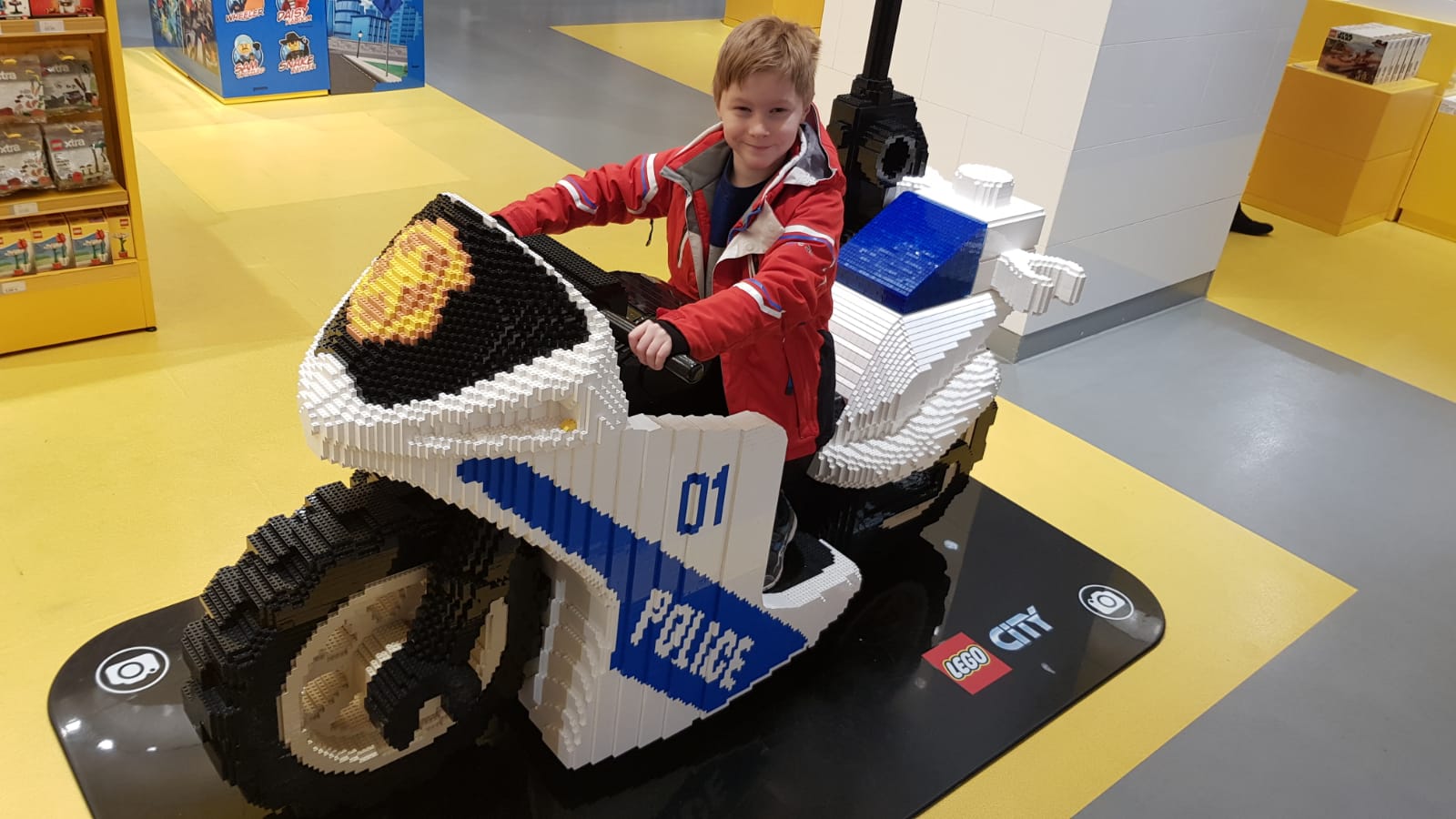 Noah enjoyed a day at Legoland whilst he was in Germany having his treatment.

A few days later, Lucy was away for a weekend and her husband, Anthony, contacted her on Saturday morning to say that Noah had been sick. On Monday, Noah was sick at school and so Lucy picked him up. He stayed at home on Tuesday and was sick again in the morning but, once again, fine by the afternoon. This is a common symptom of brain tumours, especially in children, as highlighted by the Headsmart campaign.

So, that day, Lucy took Noah to back A&E at Addenbrookes Hospital. He had a CT scan which revealed the mass on his brain which was later diagnosed as an ependymoma. This was just three weeks after Noah first began experiencing headaches.

Noah had about five hours of surgery a few days later and he spent that night in ICU to recover from the operation. Doctors think that the tumour may have been there for up to 12 months because it had grown to the size of a golf ball. The surgeon assured Lucy that he had successfully removed all of the tumour.

Lucy said: “Noah’s diagnosis was, of course, upsetting but we just had to get on with it all as it happened so quickly. Whilst his operation was taking place, we went shopping to buy Noah a new games console – we needed to take our minds off what was happening. The medical team caring for Noah are superheroes.

“He was so distressed when he came around. But he did know who we all were and, although he was clearly fed up, he just wanted to chat to us – so he wouldn’t even sleep that night.”

Noah recovered well and he was able to go home a few days later. Within a week, he visited his school to see his friends. A couple of weeks later, he also needed a lumbar puncture to check his spinal fluid for any signs of cancer cells.

Following the successful operation, the family thought that the treatment was over but the oncology team at Addenbrookes Hospital said that standard treatment for this type of tumour would be a course of proton beam therapy, which is carried out at either The Christie in Manchester or a specialist centre in Essen in Germany. The proton beam therapy would help to ensure that if any cells of Noah’s tumour remained they would be eradicated.

The family were also offered to take part in a clinical trial which would involve proton beam therapy and possibly chemotherapy afterwards for some randomly selected patients, to see which the most effective pathway was. The trial was to find out whether the additional chemotherapy would improve the outcome of the treatment.

Ahead of Noah’s clinical trial, which began in January 2020, the family travelled to Essen just before Christmas so the necessary preparations could be made including meeting the medical team, a psychologist and having Noah’s radiotherapy mask fitted.

Lucy said: “I didn’t know anything about this type of treatment at all but the consultant was so clear on it so I knew that it was a good idea.

“The preparation trip was tiring but went well. Noah took it in his stride – they would usually have to sedate children his age for some of the procedures, such as the scan, but he didn’t need it, which meant that he would not need a general anaesthetic for the proton beam therapy each day. We returned home on Christmas Eve and tried our best to have a normal Christmas with family.

“The clinical trial randomly selects patients that would have chemotherapy and Noah was selected to have only the proton beam therapy. I was glad to have had that choice made for us and we were relieved that he wouldn’t have to go through that as well.”

The family are farmers so the winter months are quieter times of work for them. Noah’s dad stayed with Noah in Essen for the seven weeks of proton beam therapy, whilst Lucy stayed at home to look after their teenage sons and regularly flew back and forth to Essen to visit Noah. Noah’s brothers, Grandparents and friends also visited Essen and Noah’s school sent him packages, messages with ‘jokes of the day’ and even made him a superhero cape, which he still loves to wear.

Noah had 33 sessions of radiotherapy over the seven week period. Unfortunately, the proton beam machine in Essen broke for a week towards the end of the treatment so Noah’s final sessions were standard radiotherapy instead.

Lucy said: “There’s quite a community spirit in Essen with other British families who are there for the same reason. There are Facebook and WhatsApp groups to join, the children can play together in the park and we even all went to Legoland together. We just tried to make it as fun as we could and the companionship of other families going through the same thing was so helpful to us all.

“We were so excited to be on that plane back home. The farmhouse was adorned with ‘welcome home’ banners and friends and family gathered to toast his return with champagne. We bought Noah a remote control boat for him to use on the pond in our garden, which he loved.”

The family are now looking forward to a brighter future. Noah has regular scans, including during the pandemic, which have all come back clear and he is enjoying being back at school. During Lockdown, which hit shortly after the family’s return from Essen, Noah was able to recuperate from his fatigue in his own time and his family enjoyed time together on the farm helping out with DIY and growing vegetables. Lucy is also in a choir which has raised money for the children’s ward at Addenbrookes Hospital.

The first lockdown also meant that all of Noah’s school were also missing time in the classroom and were also at home instead which helped him to feel on more of an even keel with his friends.

Noah’s school have supported him throughout the process to helping him to reach his potential. He is also under the care of Brainbow, a specialist charity which will help to assess whether Noah will need additional help at school as he gets older, such as if he will need extra time for exams.

Lucy said: “Before Noah’s diagnosis, we were trundling along but I think we will do things a little more differently in the future and truly live for the moments which we have. Noah is resilient, lively, noisy, fun and full of life. He loves singing and dancing and is a real party maker.

“Brain tumours are not as rare as people may think so it’s so important to raise awareness of them. If it wasn’t for the Headsmart campaign, maybe we would have put up with Noah’s headaches and sickness for longer which could have had an impact on the success of his treatment. The ability to be part of the clinical trial was great too – it meant that more specialists were looking at his scans and paying attention to his care which can only be a good thing.”

Find out more about the specialist treatment Noah had in Germany.