Chris is “remembered with respect”, “a great inspiration to others”, “enthusiastic for knowledge”, “a genuine great character”, “a true gentleman”, “he was the best”, “a gentle giant”. These wonderful descriptions are taken from the many sympathy cards received.

His untimely death in September 2007 was due to a Glioblastoma Multiform Grade IV brain tumour. Chris had surgery, radiotherapy and chemotherapy over the five months following his diagnosis. In spite of this, he remained positive and never lost his sense of humour. 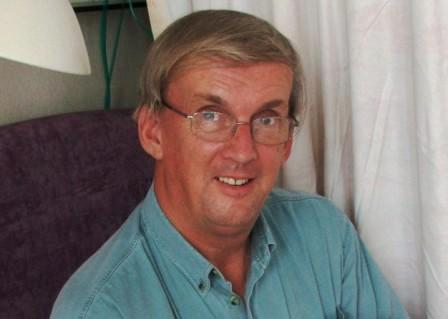 Chris was a lovely husband and a devoted dad to three boys, daughters-in-laws and two adorable granddaughters who thought the world of their Poppa. He had just celebrated his 60th birthday.

Chris worked in the insurance industry for over 40 years. He enjoyed walking, bird watching, cars, rugby, Swansea City football club and from an early age was passionate about trains.

The family misses him terribly and hopes that in time there will be an improved understanding and ultimately a cure for this devastating disease and the Fund has been established in Chris’s memory to aid the funding of research to achieve this goal.

The Christopher Morgan Jones Fund is one of only a small number of Supporter Groups in Wales for The Brain Tumour Charity. We will continue to raise funds to perpetuate vital research and raise awareness of the Charity in Wales and beyond.