Gordon Lambert was a man of immense compassion, optimism, energy and wit. He sadly passed away on 7th April 2004, aged 61, having been diagnosed eight months previously with the brain tumour glioblastoma multiforme. As in the case of many brain tumour patients, his symptoms – which included headaches, problems with peripheral vision and intermittent memory loss – were not recognized immediately, wasting valuable time for treatment. His loss is still greatly felt by his wife, Evelyn, and children, Paul and Claire, as well as by his many friends and relatives, who treasure the wonderful times they shared with him.

Gordon was born in Cleveleys, Lancashire on 14th April 1942. Growing up with his two brothers, Jim and Brian, in a close-knit family, he was constantly seeking adventure, especially in his role as a Queen’s Scout. The most significant event of his childhood, however, was an admission to hospital which made such an impression on him, that he wanted to become a doctor. Many of his early experiences laid the foundation for a life full of enthusiasm and adventure, which would take him around the globe in his role as a doctor. 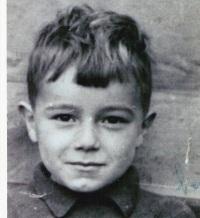 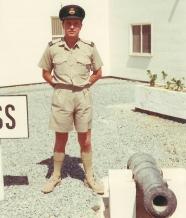 "The phrases “just do it" and “Where's your sense of adventure?" became his mottos. Inspired by Gordon's positivity and go-getting spirit, Evelyn, Paul and Claire have resolved to celebrate his life and make whatever contribution they can to raise money and awareness for the Brain Tumour Charity in the hope that people in future may have a happier outcome thanks to brain tumour research" 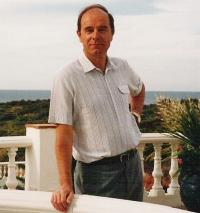 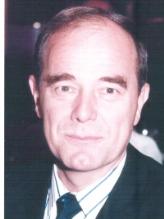 After a successful school career at Bootle Grammar School, Gordon gained a place at St. Andrews University studying Medicine. His curiosity for learning was not limited to his studies, as a love of things mechanical, which had begun in his early years, saw him dismantling and rebuilding various motorbikes and cars. This was not the only love which blossomed north of the border. It was there that he met his future wife, Evelyn, with whom he was to have two children, Paul and Claire. In his university years, deep bonds were formed with fellow students which were to endure to the end. Gordon’s love of Scotland never waned, and he always enjoyed returning, especially for the Medical School reunions.

During his time at university, Gordon joined the RAF on a cadetship and, after completing his two house jobs in the NHS at Stratford-upon-Avon and Hereford, started his RAF career at RAF Cranwell. From there he transferred to RAF Kinloss, from where he was posted to Singapore to embark on his specialization in Anaesthetics. His work in the RAF also included an exchange posting, lasting two years, at a US Air Force hospital in California. After further postings at hospitals in the UK and abroad, Gordon left the Air Force and took up a post in Riyadh, Saudi Arabia, where he specialized in cardiac anaesthesia, and chronic and acute pain control. His time in Saudi Arabia gave him the opportunity to travel extensively throughout the world. After almost seventeen years in Saudi Arabia, Gordon left the country and dedicated his time to renovating a property in Spain that he and Evelyn had bought a few years earlier.

While maintaining a family base in Cambridge, Gordon loved to spend time gardening, doing DIY and occassionally(!) relaxing in the Spanish villa. Relaxing had never been a high priority for him, as he would rather be pursuing one of his interests, which were mostly of a sporting nature: skiing, water-skiing, scuba-diving, tennis, hill walking, dune-hopping in his Range Rover or driving his beloved Subaru Impreza WRX sti. The year before his diagnosis Gordon and his daughter, Claire, walked the Pyrenees, fulfilling a long-held ambition. Gordon was always looking for a challenge or adventure and encouraged others to make the most of exciting opportunities when they presented themselves.