Elizabeth’s or as we call her Beth’s story began in March 2007. I noticed that her eyes were moving strangely- from side to side very quickly. Prior to this, Beth had been having headaches and travel sickness. When I had mentioned these to her GP I was told that this was not unusual for a teenage girl. He said it was just her hormones and not to worry.

As a mother, I knew instinctively that something wasn’t right and took her to the opticians on 6th April. He explained that there is a condition called Nystagmus which might explain the eye movements. However, he was concerned as to why the Nystagmus had developed so he gave us a letter to give to our GP for an urgent referral to an ophthalmic consultant. We went to our GP the next day but, unfortunately, he had not heard of Nystagmus and did not seem overly concerned. As a result, we didn’t see the consultant until 14th May.

The ophthalmic consultant assured us that there was nothing wrong with our daughter. She simply had Nystagmus and there was nothing to worry about. My husband asked the consultant, hypothetically, what he would do if he had any concerns. After some insistence on our part, the consultant agreed to arrange an MRI for Beth as they were inexpensive but told us that the MRI would not show anything and that we, 100%, had nothing to worry about.

The MRI was not done until nearly 2 months later on 6th July. We went home after the scan feeling guilty that we had been using up scarce NHS resources. However, at about 6 o’clock that evening we received a telephone call informing us that Beth had a cyst on her brain and that we needed to go to the Royal Manchester Children’s’ Hospital the next day –Saturday, 7th July. This news was bad enough but worse was to come.

When we arrived at the hospital the next day we were seen by one of the registrars who informed us at Beth’s bedside in the middle of a busy ward that the cyst actually surrounded a large brain tumour on Beth’s frontal lobe. We were devastated by the news which was compounded by our lack of privacy. She was immediately started on a course of steroids to reduce the inflammation and we were told we would be meeting the oncologist and neurosurgeon on Monday, 10th July. At that meeting, we were told that she would be having surgery the next day to remove the tumour.

The surgery itself went very well. Unfortunately her operation scar became infected. This eventually required further surgery in August to clean the wound and remove some scalp that could not hold sutures. After several types of ineffective antibiotics one was prescribed which eventually cleared the infection after 10 weeks.

In the meantime, we were waiting to hear a diagnosis of the tumour which we were told would take 7-14 days. Unfortunately, days became weeks and weeks became months. Part of the tumour was sent to St Jude Hospital in Memphis to see if they could come up with a diagnosis. 13 weeks after the surgery we were told that the tumour showed characteristics of a number of different tumours but that it is probably unique. In fact, due to its unique characteristics the Oncologist and Pathologists are writing an article about it for publication to inform the ‘Brain Tumour Community’. Since there is no diagnosis, there is no treatment protocol; Beth simply has regular scans and we will react if the tumour returns.

Beth is now treated at Alder Hey Hospital by Professor Pizer who is absolutely wonderful. We have a Consultant Oncologist who we trust and are confident in. Beth has scans every 3 months and we live from scan to scan not knowing if she is tumour free, just hoping that she is.

Some people have described the horrendous wait between surgery and diagnosis. It is horrible and our nightmare continues to this day. Whilst we do our best to try to “move on” it is almost impossible to do this as Beth’s tumour is, in reality, a completely unknown quantity.

This past year has been one we wouldn’t wish on anyone. At the moment we are just trying to make the most of every day. If we can offer any advice to other parents it is to question everything and be persistent to get what you want and what your loved one deserves. Throughout our ordeal, until we moved to Alder Hey Hospital we think we have been made to feel like over-anxious parents. Unfortunately, we have sometimes believed doctors’ opinions rather than either our own gut instincts or, more importantly, our daughter herself. This is not a mistake we will make again.

Beth on a skiing holiday

Just over a year ago I was diagnosed with a brain tumour. It took a while for us to find this out and this page explains some of the problems we had. From my point of view, I realised why I had been sick and had headaches all the time. This meant all the times when I wasn’t believed to be ill that, in fact, I was; and that I wasn’t a hypochondriac.

I felt all sorts of emotions. I was upset, disappointed and angry but, most of all, devastated. I didn’t know a lot about brain tumours and was only 13 at the time so it had never entered my head that I was seriously ill. I had all kinds of questions- like am I going to die? Am I going to be normal? All these thoughts were rushing through my head and all I could do is think about them constantly.

I then had the surgery and was told I had a 15½ cm scar on my head. I was quite lucky in that they didn’t shave all of my hair off, they only shaved where they needed to make an incision. The surgeon said that it went well and that they got out everything that the eye can see. This was good news. Not long after, I went home. Unfortunately, my scar got infected so then I was put on antibiotics which didn’t help much so I then had a second operation where they were going to clear the scar up and remove the badly infected skin. That surgery prolonged my recovery as I was hoping to go back to school in September when everyone else did but I couldn’t. I was really disappointed.

My first Oncologist made me feel like I didn’t understand things and treated me like I was a young child. Although I’m not an adult, I think going through what I had been through makes you grow up a bit, as I had to be strong and I thought that I might even die in surgery. So this upset me. It made the wait for my diagnosis even worse as he didn’t make it easy. Later there was still no diagnosis and, by this point, me and my Mum and Dad thought it would be best to change my Oncologist. So we did; we moved to Alder Hey Hospital with Professor Pizer as my Oncologist. He is very professional and treats me with respect that I didn’t have with my first oncologist. Now I go for a scan every 3 months and see Prof. Pizer about the scan. So far it’s been OK and hopefully it stays like this because there is no diagnosis of my tumour.

The tumour also made a difference on my sports life. Before the tumour, I was involved in every sport you could think of, I even played cricket and football with the boys. Sport was my favourite hobby. My favourite sport is hockey and I would love to play again but I am unable to as it is a contact sport and I can’t risk getting a knock to my head. This is one of the sacrifices I had to make but I’m going to try and get on with the rest of my teenage life as best I can. I think to myself that I am a very lucky person to have survived such a terrible thing and hope that my experiences could help others. 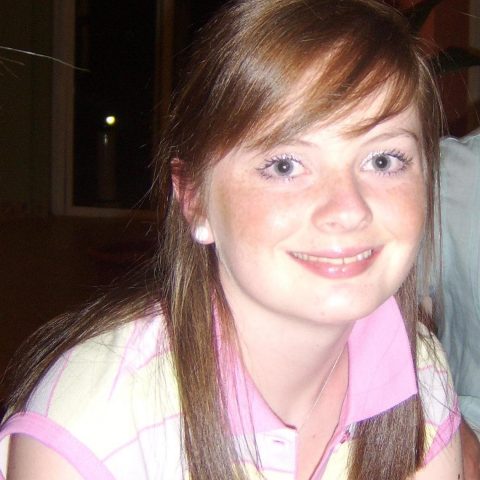 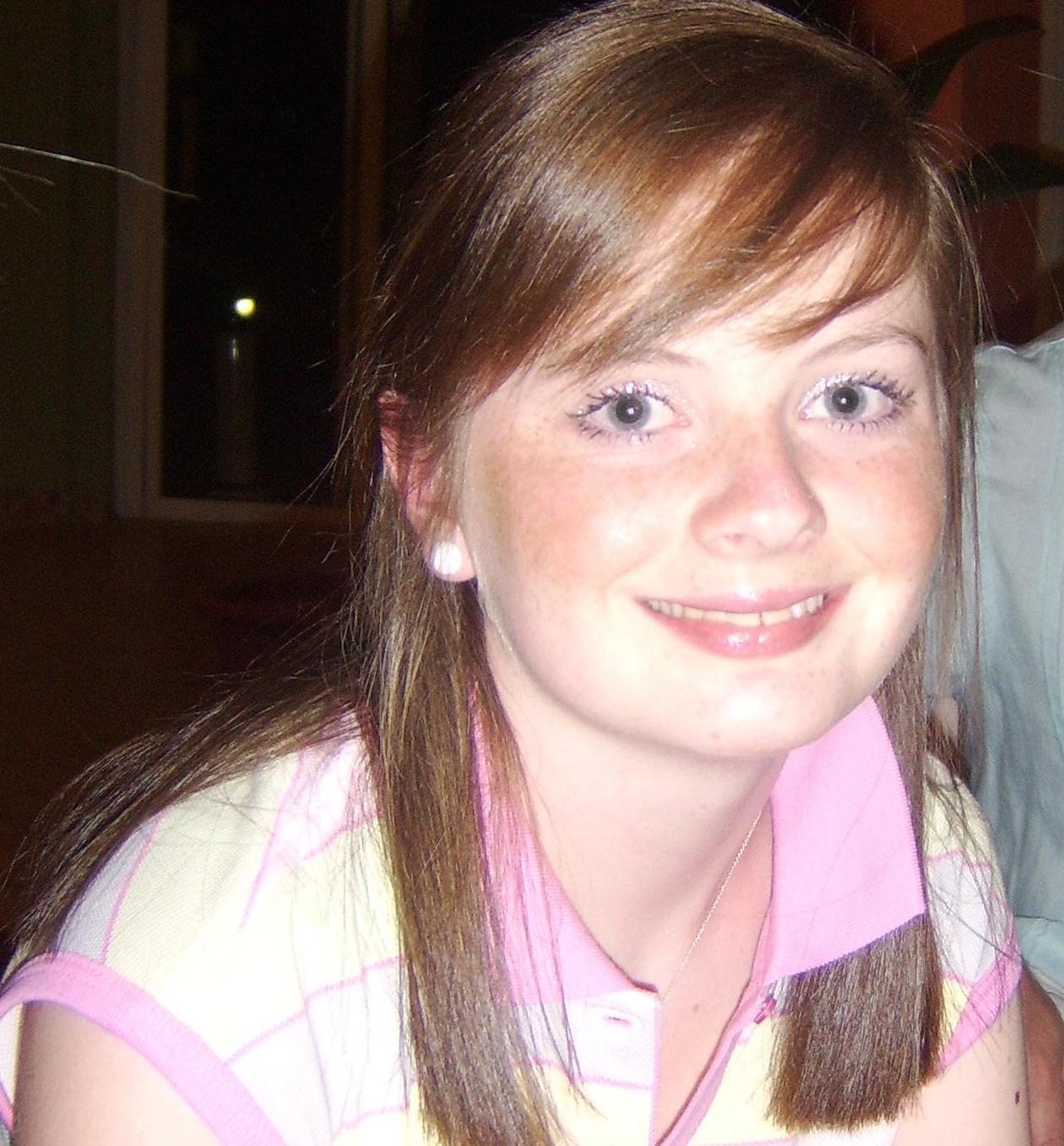