Hayley was a beautiful, special, loving, caring, hardworking, generous, funny (the list is endless) young woman who gave a lot in her life and had a lot more to give before she was diagnosed with a brain tumour in January 2009.

Hayley began to experience seizures in August 2008 and was healthy in every way until our world was turned upside down in January following an MRI scan and diagnosis of a brain tumour. We took hope in that it was believed to be a benign tumour, although, following the removal of what they could see of the tumour in March 2009, it was confirmed to be a grade 3 Astrocytoma and would need further treatment.

Hayley had radiotherapy every weekday for almost 7 weeks and, following this, we had 7 weeks of hope until partial seizures returned indicating the tumour had begun to regrow. Hayley was put on chemotherapy tablets and a scan after 3 months showed that not only had the chemo not worked but the tumour had further progressed and had also spread to the right side of her brain and into her brain stem.

As she was so young, Hayley began a different course of chemo immediately but to no avail as this devastating disease had already taken its toll and Hayley sadly lost her battle on 24th May 2010, just 13 days after her 27th birthday. Hayley remained positive and strong throughout her illness, continuing to work as a Team Leader in the Criminal Records Bureau and a part-time barmaid in her beloved Dunny’s Social Club, where she was loved by everyone she came into contact with.

Hayley dedicated a lot of her time during her illness to raise money for other cancer charities such as the Lily Centre (Breast Cancer) and the Race for Life, etc. Hayley was a beloved daughter to her father and me, and sister to her younger sisters, Clare and Laura. She was also a devoted and loving Aunty to her nephew, Alfie, who she doted on and loved with all of her heart.

“The setting up of the Hayley Mills fund is a fitting tribute and memorial to my daughter, identifying her giving and generous nature and will hopefully help others in the future not to have to go through the pain and heartache this disease can bring”

Dress Down Day – many thanks to Service Birmingham who held this events and a samosa sale and a sale of some of Hayleys ribbons, raising a fantastic £323. Special thanks go to the event’s organiser, Paul Bannister, who was a very close friend and work colleague of Hayley in Liverpool.

Street Entertainment Day in November we held a street entertainment day in Liverpool One to raise awareness for The Brain Tumour Charity and also some cash along the way. Despite it being very cold, Michael Moon was fabulous on keyboards and vocals – and drew quite a crowd!

Also supporting us on that day was the fantastic and inspirational Liverpool signing choir, who also contributed to our successful collection of £333 and will hopefully work with us again in the future. There were 11 people doing shifts on the collections throughout the afternoon and giving out leaflets.

Friends from a local bar/restaurant, Reminiss in Matthew Street, donated a carvery meal to all collectors on the day and let us use their premises to make hot drinks as required. It was a very enjoyable, if cold, day with lots of interaction to the music, ie singing along and dancing in the street.

A big thank you to the people of Liverpool for their wonderful support on the day.

Dress down day 2010 at Service Birmingham raised an amazing £323! 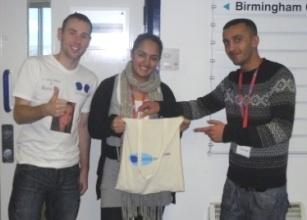 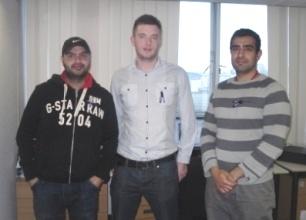 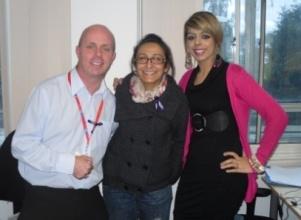 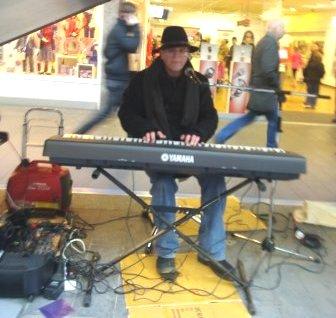 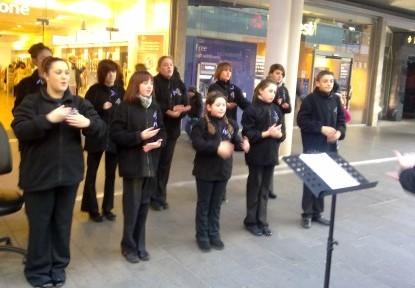