Sophie Elin harper was born 6 days late on the 28th of August 2004 and passed away much too early on the 8th of July 2013, age 8 years. Her battle was long, but her life was way too short. Her journey was arduous and at times cruel, but her gift was enormous and always courageous.

Our lives changed in 2006 when we learnt the diagnosis for Sophie’s deteriorating health was a brain tumour. I had spent 3 very difficult months watching my daughter become increasingly unsteady on her feet, frequently vomiting, becoming irritable and in pain. The medical name for this ugly mass was a medullablastoma.

We were told there was a reasonable chance of treating the tumour, but as the tumour wasn’t enough, when they removed the tumour, they removed my daughter. When she came out of theatre, unbeknown to surgeons, she had suffered a brain insult which meant we were handed back a very different little girl. A little girl who could not breathe for herself or flinch from pain, who could not hold our gaze and look at us, who could not hold out her arms, or show recognition of us. Days became weeks on the intensive care unit, sat beside her bed, watching her go for numerous operations, and watching as the remaining physical reminders were distorted with tubes, wounds and implanted devices.

Over the next few months, another little girl emerged with fighting spirit, a spirit that would overcome all that challenged her. A visit from her brother Oliver bringing with him the gift of a rather large raspberry for her tummy, brought with it her first smile. She slowly started to take some breaths for herself, eventually leaving the ventilator behind. She also started to make deliberate movements, albeit large and clumsy.

“Your donations mean more than you will ever realise, both to me, acknowledging the very special little lady that was Sophie Harper, and also to The Brain Tumour Charity, in the hope that there will be another little person somewhere whose life won’t be ended so prematurely and a mummy won’t be left with empty arms and a hole in her heart”

While the tumour had been debulked, there was still some remaining tumour, leaving the ventilator behind meant we could start the long awaited chemotherapy. But we had to decide whether to go ahead with palliative or curative chemotherapy, knowing the latter would be far more aggressive, causing her to suffer from infections that could overwhelm her. But she had shown such determination we had to give her the tools to fight with.

So we started our first course of chemotherapy which was to take 9 months. My little girl was starting to smile again but her hair was falling out and we were filling her frail body with toxic drugs that would make her unwell. During this time we were living in a commune, also known as the paediatric oncology ward in Addenbrookes hospital.

After 5 months in Addenbrookes, we were transferred back to our local hospital, the Norfolk and Norwich, which would be Sophie’s home for the next 5 months. A side room, adorned with craft that she had made, but none the less a poky room that many days she was not allowed out of. But she never complained at her imprisonment, or that to survive this ordeal that people came and went, that her mummy slept at a home she hadn’t been back to for nearly a year.

The next stage was a grueling 5 weeks of radiotherapy in Addenbrookes. She had to stay absolutely still for them to administer this damaging therapy to exactly the right spot in her brain, so required a daily anaesthetic. During this time we stayed at the East Anglian Children’s Hospice in Milton. It meant we could be nearer to the hospital, and that Sophie could receive the round the clock care she still required by nursing staff in an environment that was more comfortable and less clinical than a hospital. But in many ways it was a painful realisation of the complexity of our situation and the intrusive involvement of others in our lives. As we stayed in different parts of the hospital, it saddened me that I would no longer be able to care for my daughter alone, or without medical support.

Finally a care package had been set up for us to return home. This meant there were carers provided in our home for 20 hours a day. Sophie required this care because she still had a tracheostomy, which provided her with an airway, but needed to be kept clear with regular suctioning as both her cough and swallow reflux did not function effectively. Which consequently meant she was fed through a tube straight into her tummy. But this didn’t stop her desire to eat food, which she was unable to have. As you can imagine this posed many difficulties for family life. She also required oxygen and was fairly immobile, requiring help with all aspects of daily living and to keep her safe. Having my daughter home was wonderful, but it was all that came with her in the way of carers, therapists, equipment and needs, was a lifestyle that was not without its difficulties, and I struggled to maintain my autonomy as Anna and as Sophie’s mummy.

During this time we commenced a further 9 months of chemotherapy with Sophie coming up to her 3rd birthday. This meant filling her body once again with the harmful chemicals that would cause her bodies natural infection defenses to be depleted. For Sophie this meant making her feel ill again, trips to hospital when her temperature went above 38 degrees, antibiotics, and regular hospital stays. But still she never complained.

Our last stop was Tadworth Court, a rehabilitation unit for brain injured children in Surrey. This is where we would spend the next ten months. For Sophie this was a daily timetable of therapies to strengthen muscles and achieve as much independence as possible for everyday life. As her mum, this meant alternating with her dad to spend alternate weeks at home with my son Oliver and in Surrey with Sophie.

Then there were no more stages other than to live life itself. Sophie’s hair started to grow back, fortunately the same beautiful colour red, her language developed, she learnt to crawl indoors and some very kind friends fundraised for a powered wheelchair, which she navigated amazingly outdoors. She started school when she was 5, and became a bit of a celebrity amongst her peers, she had a boyfriend, learnt to read and write, and embraced life with a passion and sense of humour to rival many quick witted adults. She rode a bike, loved all things pink, taught me about all things girly and loved craft. Sophie had an amazing amount of patience and loved caring for things, from her doll baby Robert, to her cousins, to any animals she could. When she grew up she wanted to be a vet and a mummy.

Sadly in 2012 we were given the devastating news that Sophie had a second tumour. This time in the front part of her brain and this time we were advised incurable. She started oral palliative chemotherapy to try and buy us some time by halting or slowing the tumour growth, but were given the prognosis of weeks possibly months to live. She defied this considerably in true Sophie style, staying with us for over a year. But this time wasn’t always easy, wanting to give her all the joy and experiences in the world, like something from a fairytale, but the reality was, that her therapies stopped, schooling stopped and Sophie’s world closed in. Going out was often difficult and overwhelming, so she’d choose activities at home instead, which sadly was not my strong point.

Here life stayed, waiting, prepared by doctors for every eventuality of how Sophie may deteriorate and her life might end. We never told Sophie her diagnosis and I have mixed feelings about whether this was the right thing to do.

Sophie deteriorated very quickly in the end, and passed away with her family at home. Age 8 years. She has left behind a huge hole that will never ever be filled. She was definitely one of a kind, a truly amazing, wondrously inspiring little lady who I am so proud to call my daughter. But I am angry that her life has been taken from her when she gave so much and endured so much. A part of life I may never understand or accept.

Your donations mean more than you will ever realise, both to me, acknowledging the very special little lady that was Sophie Harper, and also to The Brain Tumour Charity, in the hope that there will be another little person somewhere whose life won’t be ended so prematurely and a mummy won’t be left with empty arms and a hole in her heart. 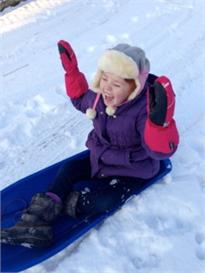 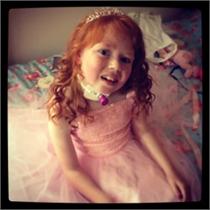 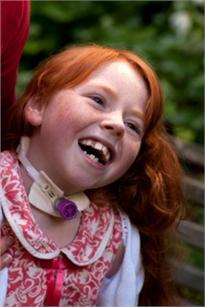